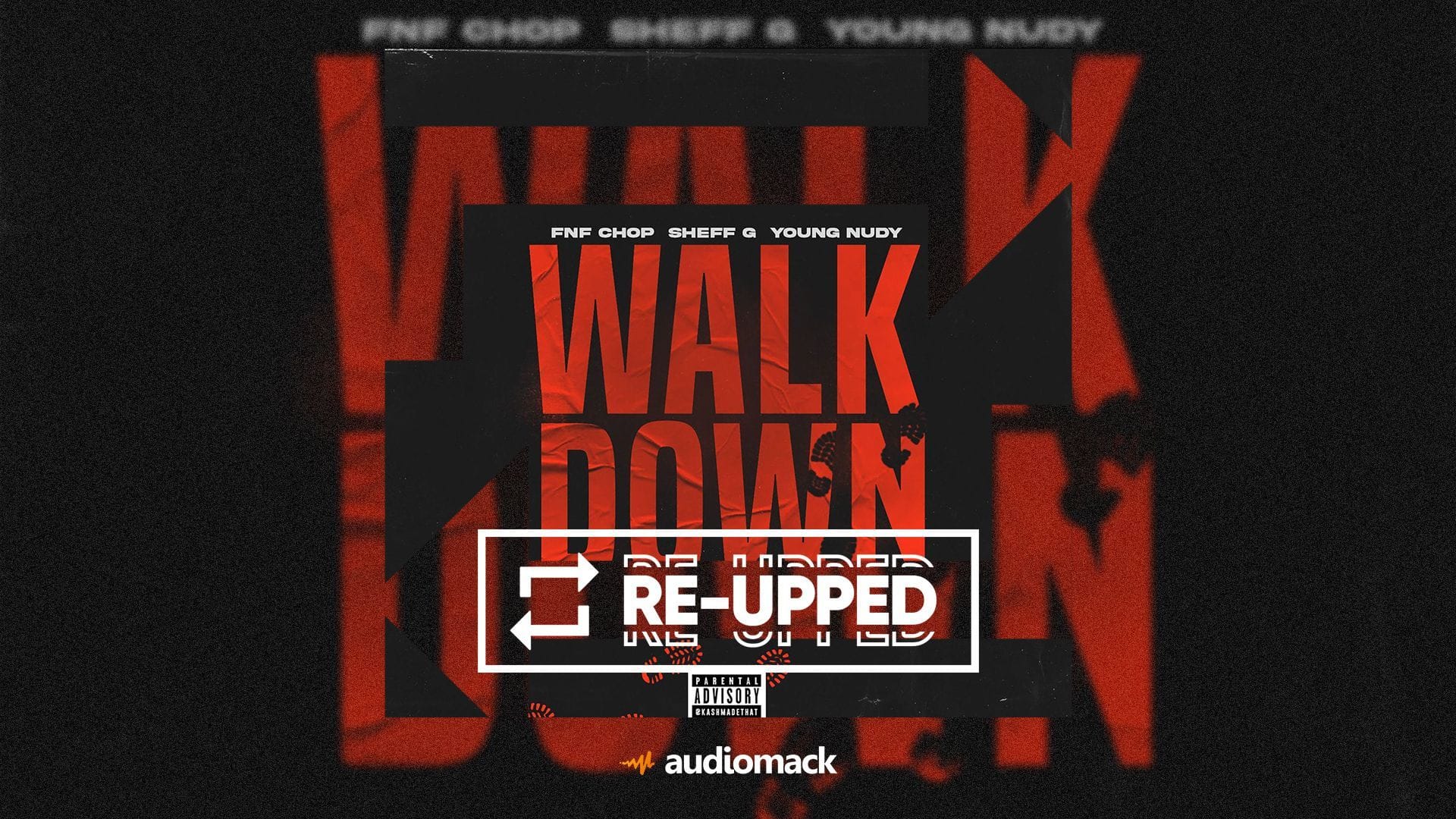 Finally, some hard shit. Following the viral success of FNF Chop’s original “Walk Down,” which was written behind bars and released in 2019, the Richmond, VA native taps #UpNow alum Sheff G and the distorted maestro Young Nudy for a banging remix. Standing for Family Never Folds, FNF Chop’s music is his escape from a harsh reality as he builds his presence in the Virginia hip-hop scene.

Produced by MIXEDBYKADA, the “Walk Down” remix just fucking goes. There’s no need to overthink this track—it’s three minutes of stomping production and unmatchable chemistry between three tough and aggressive spitters. Each rapper folds into the production, letting the blown-out hits map out their delivery in what sounds like a bass-boosted stampede.