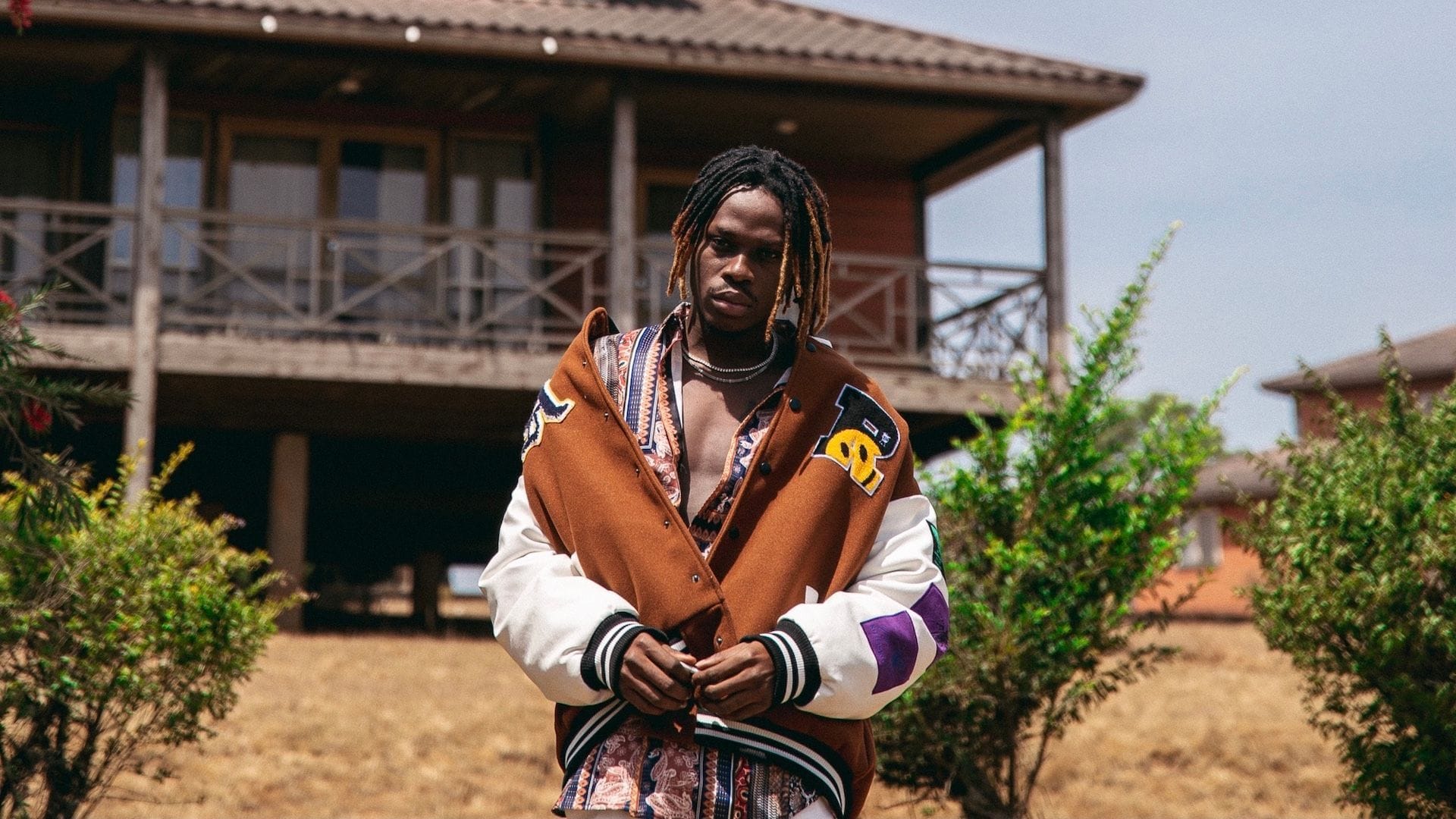 Very few acts occupy the spot Fireboy DML currently holds in the evolution of music in Nigeria. Three years after his debut single “Jealous” became the standout track on a compilation from his YBNL Nation label, the self-proclaimed hermit leads a pack of new-age artists introducing a global audience to different facets of what the world has come to know as Afrobeats.

Fireboy’s genre-bending debut album, Laughter, Tears & Goosebumps, released in November 2019, turned the newcomer into a bona fide superstar. Nine months later, Fireboy made the bold choice of releasing another body of work, a full LP, APOLLO, just as the world was adjusting to mercurial times caused by a global pandemic.

Fireboy DML doesn’t just lean into his feelings—he dives in head-first. APOLLO sees the Abeokuta native embark on a journey of introspection across 17 tracks, all the while asserting his position as a “legend in the making.”

“I’ve always had a knack for the unconventional. I believe that’s the only way to achieve great things and set precedents,” Fireboy tells me regarding APOLLO. “Also, I was in a different headspace; within those nine months, there had been a lot of growth. I needed to let my listeners know I’d evolved as a person and as a musician.” 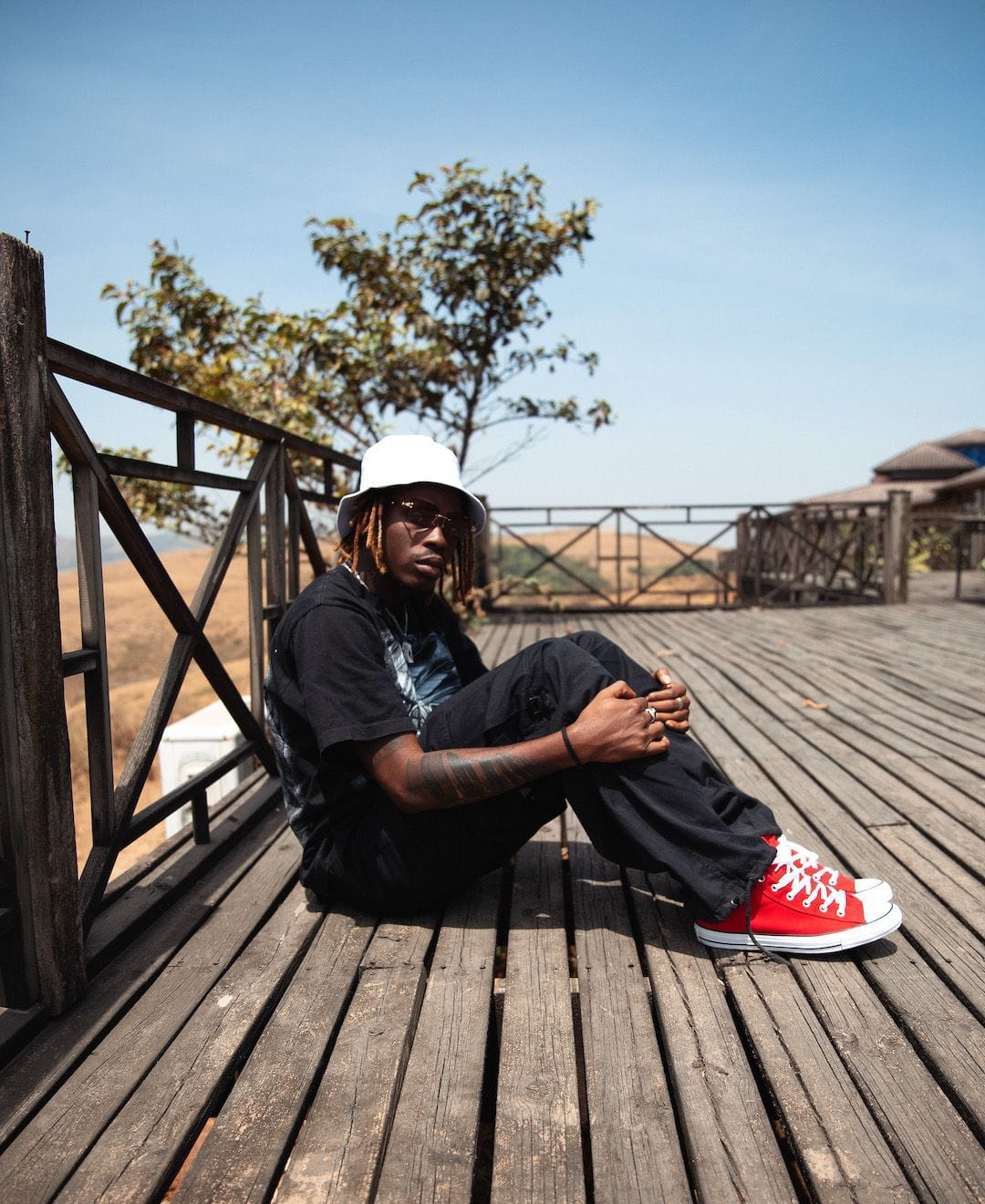 With several artists feeding their fans with singles, collaborations, and EPs, why was it imperative that this project be an actual album as opposed to an EP?

I’ve never made any decision based on other artists and the decisions they make. I knew it was time for an album, and I knew I had to deliver. I want to look back at my discography 10 years from now and be proud. I’m obsessed with my legacy.

The bulk of LTG was recorded in just five days. How long did it take to record APOLLO, and what was the creative process behind the record?

APOLLO is a more expressive body of work, and it took more introspection. Creating the album spanned months of hard work. As short as most folks might think, nine months is enough time to actually experience more of life and the humans who exist in it. It was enough time to shift from the love-struck, dreamy boy in LTG to the full-grown man in APOLLO.

LTG had no features, an audacious move for a newcomer. With APOLLO, you collaborated with Olamide, Wande Coal, and D Smoke. What changed with APOLLO, and how did you select the artists you wanted to work with?

LTG had no features because it was a debut, and I needed to introduce everyone to my sound and mine only. Could also partly be because I’m just cocky, who knows?

Olamide has been my mentor since he took me up in 2018, Wande Coal is my idol, and D Smoke is my label-mate, signed alongside myself under EMPIRE. The close-knit relationship I have with these people helped make the project still kind of personal to me, almost feels like it was just me telling my story throughout the album. I like that feeling.

How would you describe your artistic progression from the first to the second album?

Like I said earlier, there was a shift, an evolution in my identity. Also, I chose to be more open about my personality. Change is inevitable, and my music will always be a reflection of who I am or what I’m going through at that point in time. 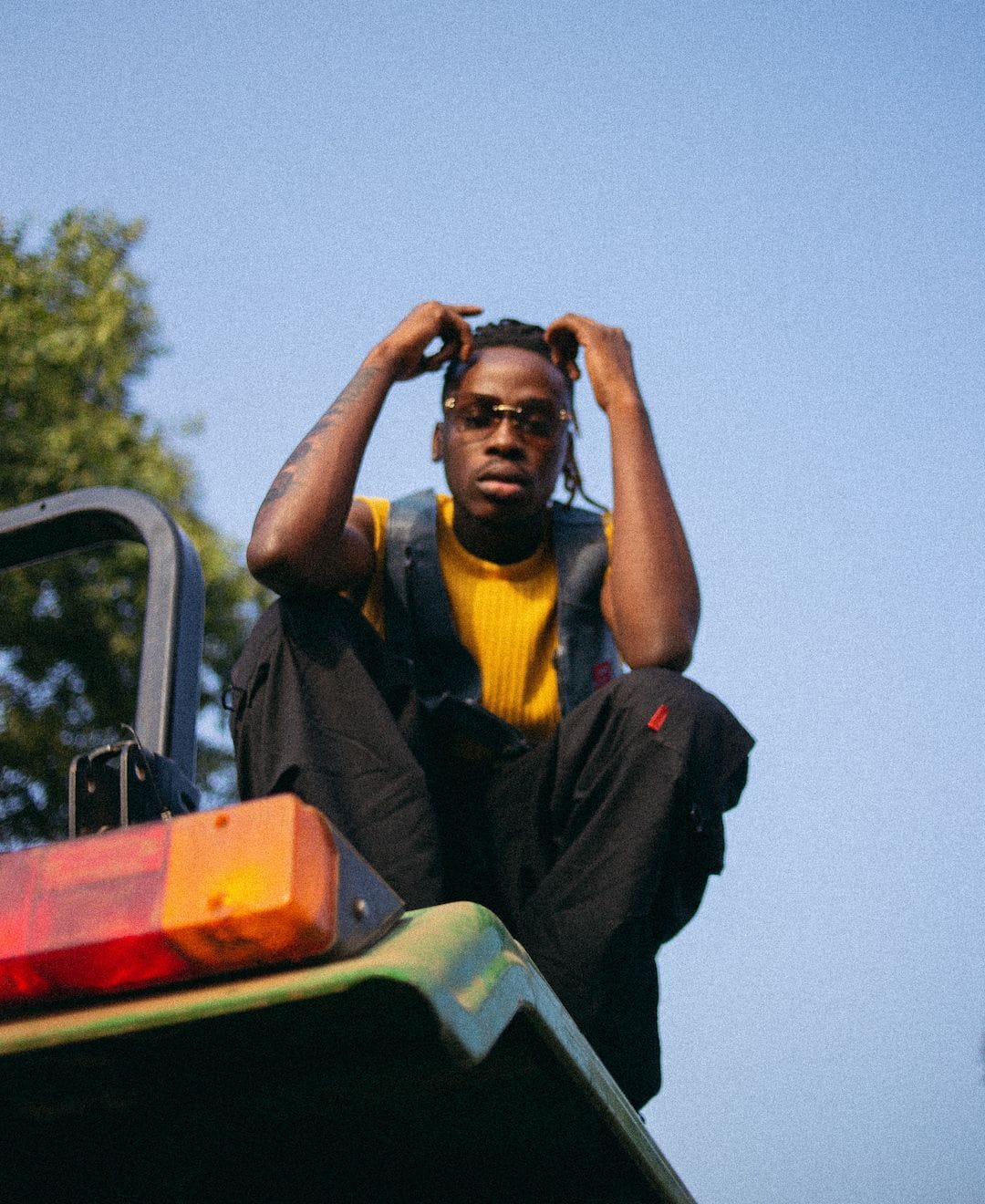 You’ve spoken a lot about “Afro-Life” being an ideal description for your sound. With African music being conflated by the international community into one genre, Afrobeats, what exactly is Afro-Life?

Afrobeats is still the umbrella. I still and will always identify as an Afrobeats artist, but we all bring something different to the table as musicians, and that’s what this is all about. My version of Afrobeats is more soulful and lyrical, and that’s Afro-Life to me. It’s an identity, not a genre.

How do you merge your love for songwriting with the desire to be commercially successful?

This took a long time for me to hone. It actually took me five years. Between 2012, when I started music professionally, up until 2017, when I finally found my sound, I was lost in generic Afrobeats, dabbling between sounds and styles.

All it took for me was a whole year of locking myself up in the studio, making music, and also utilizing my ability with words. I like to find balance. Amidst the play on words and lyrical blah blah blah, I like to infuse familiar words and exclamations. We call them “Lamba,” and that is how I maintain that commercial feel.

Starting your new record with “Champion” and ending it with “Remember Me,” there is an underlying message of building a legacy. What do you want Fireboy’s legacy to be?

I want to go down a legend. I want my music to live forever and continue to change people’s lives long after I’m gone. I also want to be remembered not just as a good musician but as a good person.

There’s an obvious shift from overproduced party anthems to stripped-down beats and distinct vocal production that appeals to the streets just as much as it appeals to picky Nigerian listeners. How does it feel to be a part of this new movement?

With every new generation of artists comes a different vibe and feel. We rode on the paths created by the ones we met in the game, and we’re doing the same (in a different way) for the ones that will come after us. It’s the cycle of life, and I’m honored to be a part of this generation. I hope to continue to play my part in shaping the future of Afrobeats.

#EndSARS has ignited a spark of consciousness in the Nigerian youth. How did the movement affect you personally? And how will it influence your work as an artist moving forward?

Mind you, we’re still fighting. We are still demanding good governance and accountability. As a youth in this nation, I feel proud of this awakening, and I’m glad to have been a part of it. It has also made me realize the need to use my music as a tool to reflect the times and speak up for my generation.

If you could impart something to Fireboy circa LTG, what would it be?

Honestly, nothing. The universe aligns with what I want, every time.