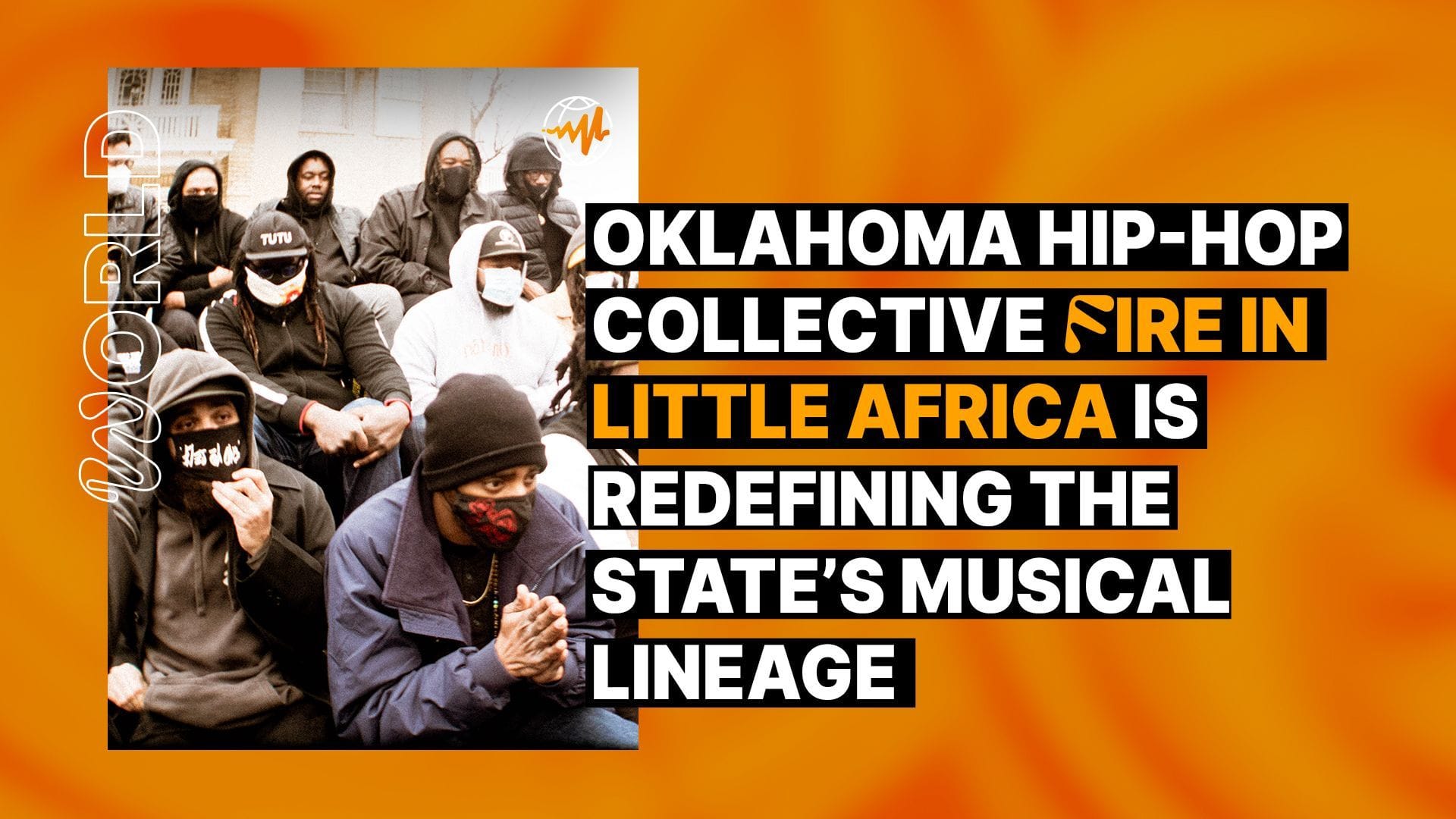 The Oklahoma rap scene is tired of being ignored. So in honor of Fire In Little Africa, a multimedia project created to commemorate the 100th anniversary of the infamous Tulsa Race Massacre, rappers, musicians, and producers from across the state—including cities like Tulsa, Oklahoma City, and Lawton—have banded together to celebrate Oklahoma’s history of rap, R&B, and funk. The resulting compilation, named Fire In Little Africa and released via Black Forum, an imprint of Motown Records, is a monument to the pain, joy, and triumph of a city founded on Black pride.

Dozens of artists, including Steph Simon, Thomas Who, St. Domonick, M.C., and more, convened in Tulsa over a long weekend in March 2020 to record the album. It was created in massive group recording sessions at the Skyline Mansion and Greenwood Cultural Center a la Dreamville’s Revenge of the Dreamers III, a community effort that resulted in an overflow of music. According to executive producer Stevie “Dr. View” Johnson, a Texas native who has lived in Oklahoma since attending the University of Oklahoma in 2009, 21 of the original 143 songs made the final cut, showcasing the breadth of Oklahoma’s musical lineage (legendary singer Charlie Wilson, a Tulsa native, is featured on the song “Party Plane”).

Although Fire In Little Africa exists in part to contextualize the past, its main goal is to prop up the music scene of a state with a bright future. Audiomack spoke to executive producers Stevie “Dr. View” Johnson and Chris Davis about the album’s creation and the future of Oklahoma hip-hop. 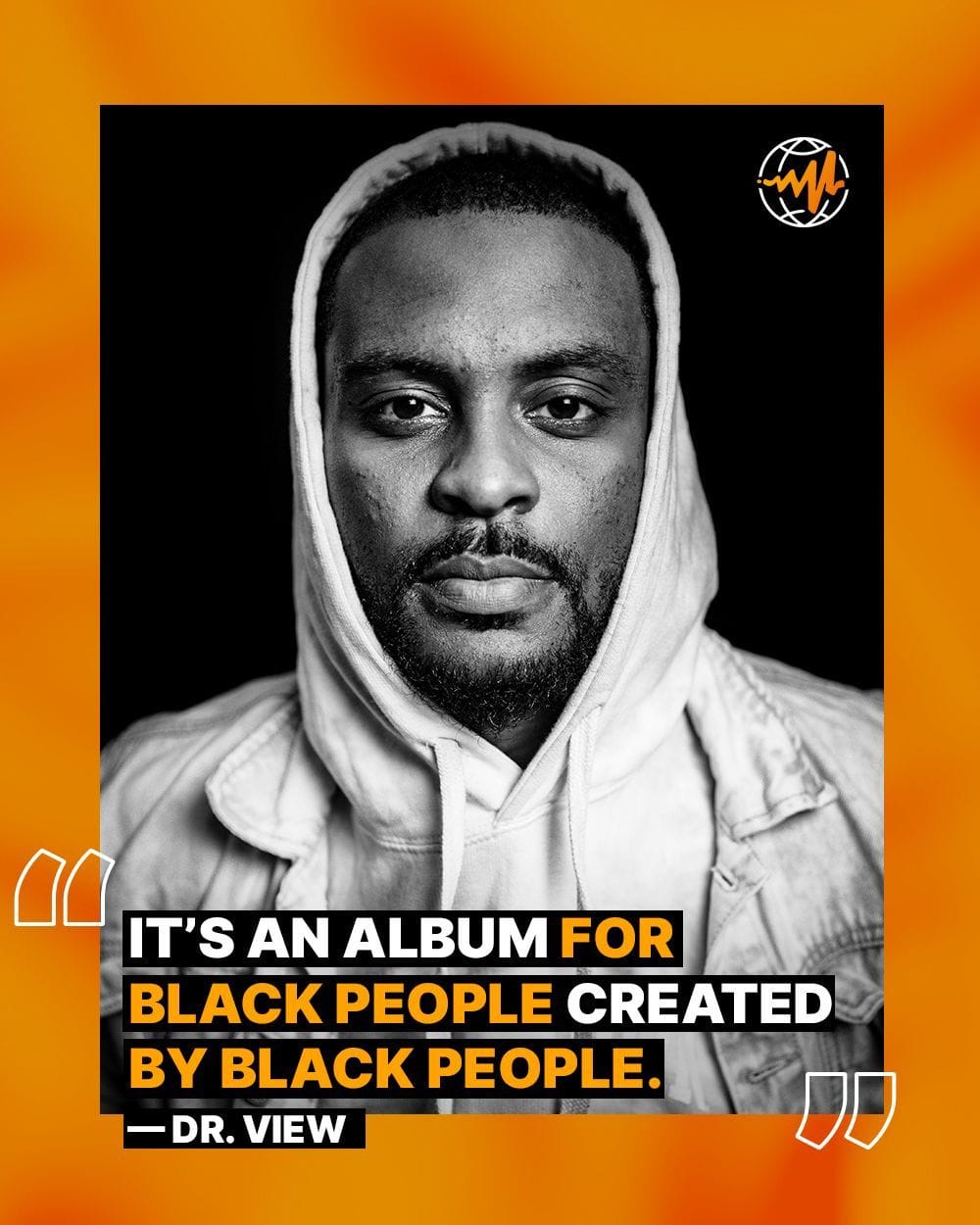 Where did the initial idea of creating the Fire In Little Africa album come from?

Chris Davis: It was like the seed of an idea. When I was living in Dallas and talking to [Tulsa rapper] Doc Free about Oilhouse, he was telling me to check out so many people. I was like, “Bro, you need to send me one thing that has everything I need to know about Tulsa on one project. Give me a best-of or a compilation.” Even when I moved back here, I had the same sense of there being all this talent but everyone being spread so far apart.

How could we bring everyone together? It was really [Dr.] View, who had this crystal-clear vision, moving to town to bring it all together. Also, I’m a marketing and communications person, not a music producer. I didn’t have the skills to do it all, nor was I the appropriate person to do it all. It started as just getting all the talent together, touching on the history, and making a dope project in the process.

Dr. View: Watching [the Revenge of the Dreamers III documentary] while I’m finishing my dissertation, my hip-hop album [(In)visible Man], I thought the idea was dope, but, not to be arrogant, I thought I could expand on it. I moved to Tulsa, was presented an opportunity to work with the Woodie Guthrie and Bob Dylan Center, and held them accountable by pitching the idea to them. I don’t try to get into who started what because it was a collective effort. I wouldn’t be able to do the work if the foundation wasn’t already established.

Much of the album was recorded at Tulsa’s Skyline Mansion—formerly known as the Brady Mansion. What were some of the benefits of having so many collaborators in close quarters?

Davis: We really do believe in this Everything Is Us mindset. There are these really dope artists in Oklahoma City and Lawton and other parts of the state that have been putting in the work. There wasn’t much debate about it; why would we limit ourselves to Tulsa when there are so many other cities? Obviously, the Tulsa Race Massacre happened here, but there’s plenty of other fucked-up history all throughout Oklahoma, and there’s Black Wall Streets all over the world. It’s a local story with a universal appeal.

I’d like to ask more about Steph Simon, a fellow executive producer on the album and a load-bearer in the Tulsa rap scene. What was it like working with him to bring this project to life?

View: It was dope. It was rocky at the beginning because he had to understand that I wasn’t trying to come here and take anything away from him. Once we understood each other, everything just came together. Steph has a big heart, like a tremendous heart. He loves his people and will do anything and everything to make it happen. World Culture Music Fest is a prime example of that. He’s been doing this for so long, and he understood the magnitude of the moment. He’s like me; he has kids and a significant other. He just found a way to be present and to bring joy to this. He was ready for that, and still is.

Davis: As soon as I met him, I knew part of my mission was to protect this man and amplify what he’s doing. I was questioning what my life’s purpose was when I moved back to Tulsa and when I met Steph and some of the other FILA artists, I knew this was it. He and I work closely on every aspect of his business, so I naturally had to support. 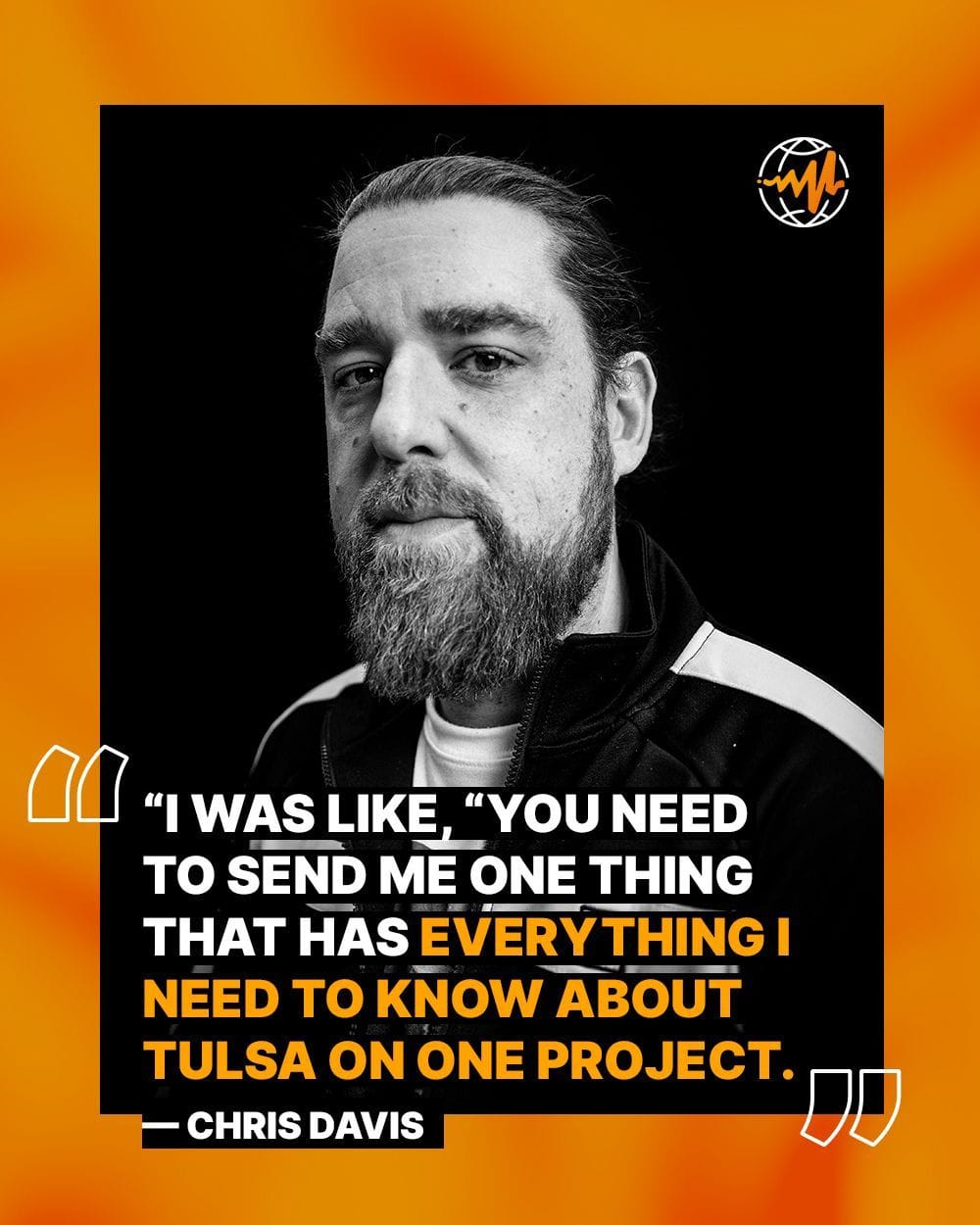 Fire In Little Africa is a massive undertaking—21 songs featuring dozens of different rappers, singers, producers, and musical styles. Was there a fear of overloading the project with songs or spreading yourselves conceptually thin?

View: One thing I’ve learned is to be explicit in my perspective. I’m usually an introverted person, but this process gave me “Do we wanna be fucking great or not?” type of energy. And people don’t understand what true love is. Part of that love is accountability and having tough conversations, and all of us weren’t in a space to have those conversations about the album and our creative process. We all agreed that as much as we’re in the culture, we had to be objective with these songs. It got to the point where I was just telling myself to trust the process. We’ve had a lotta off-seasons and a lot of time to prepare. It was about trusting it, and each other’s opinions and knowing meaning would come from it.

As much as Fire In Little Africa is about documenting the history of the Tulsa Race Massacre, it’s also a bulwark for the Oklahoma rap scene as a whole. Aside from the history lesson, what’s one impression you hope listeners take away from the album?

Davis: We want people to know that literal bombs were dropped from the sky on Greenwood, and that will definitely be covered, but what are the less obvious impacts of the Tulsa Race Massacre that speaks to the kind of generational trauma that’s currently a cultural hot topic? We’re breaking curses; we’re breaking cycles. Part of the vision is getting them some money in their pockets so they can have a say in how North Tulsa is remembered and preserved for the future.

View: I hope this album reverberates in a way that speaks to other Black Wall Streets in places like Tulsa, Flint, Ferguson, New Orleans, Third Ward of Houston, and Oak Cliff. At the core, it’s an album for Black people created by Black people. My hope is that people will see the visuals and hear the music and connect it to society at large and put their ego to the side and create something else like this. There’s no excuse for people to not hear or experience this album because we’re trying to meet people where they’re at.