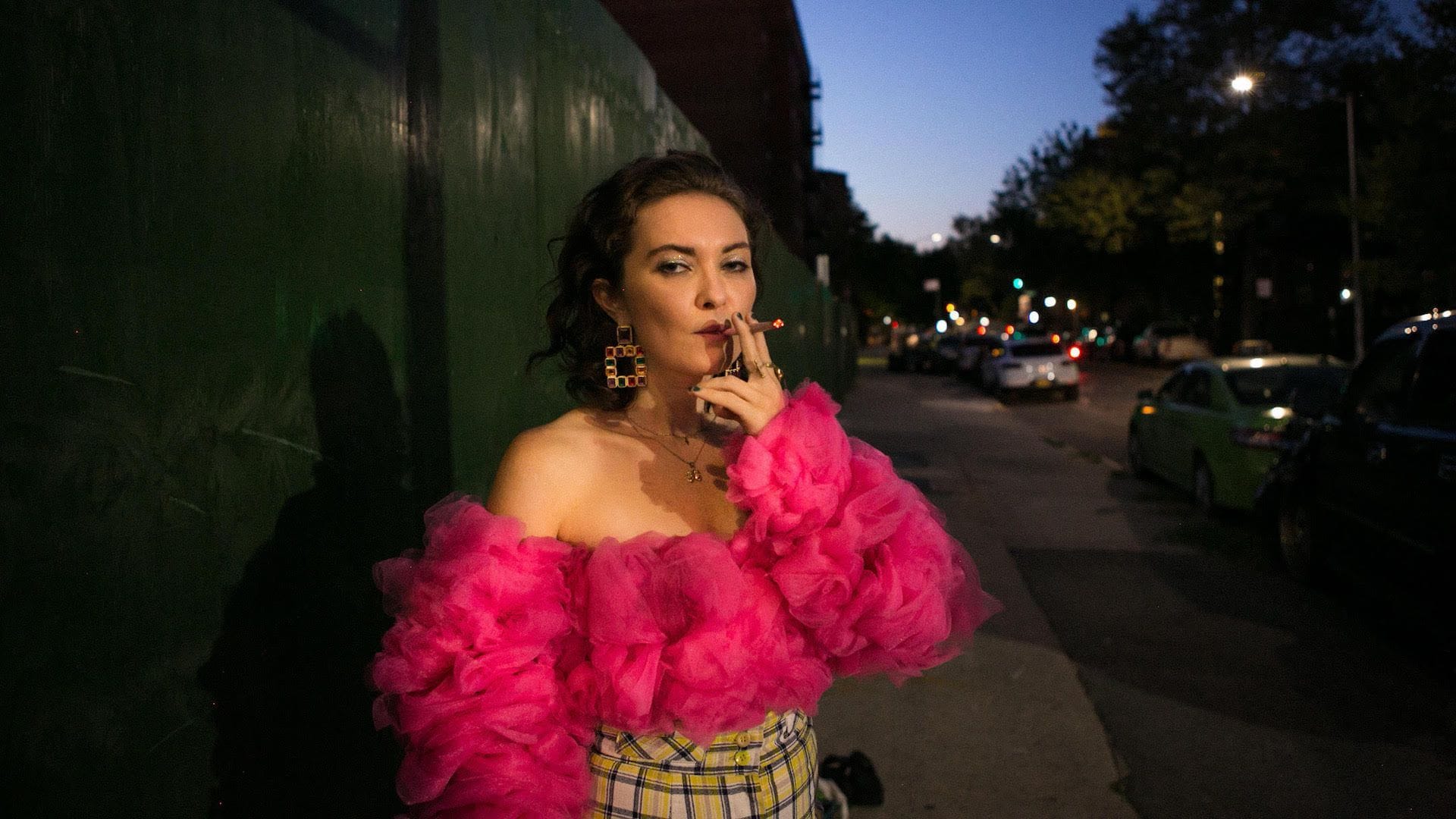 Brooklyn’s Fielded makes music for the lonely and the lost, and those who are trying to get better. Her debut on Backwoodz Studioz, Demisexual Lovelace, is a nearly 40-minute meditation on heartbreak and self-forgiveness. The artist born Lindsay Powell leans into themes of womanhood and sexuality, and the pressures of trying to navigate monogamy. Featuring billy woods and ELUCID of the acclaimed NY rap duo Armand Hammer, Fielded’s work feels like a series of serious incantations for the wounded few who want to try their hand at love again.

As the story goes, Demisexual Lovelace was made mostly during January 2019, an ode to the way New York City shaped Fielded and her views of love. Spending time isolated in the woods with a piano (read as: an artist residency in Georgia), Fielded put together an album meant to guide the listener through their own healing. “Justus” tackles the relationship between romance and fulfillment, while “Glass Vines” is a tear-jerking affair, a gentle and swelling ballad showcasing Fielded reaching up to heaven to find meaning in herself and her past. Emotive standout “Everybody’s Somebody’s Fool” pulses with an air of self-evisceration and catching inflections. 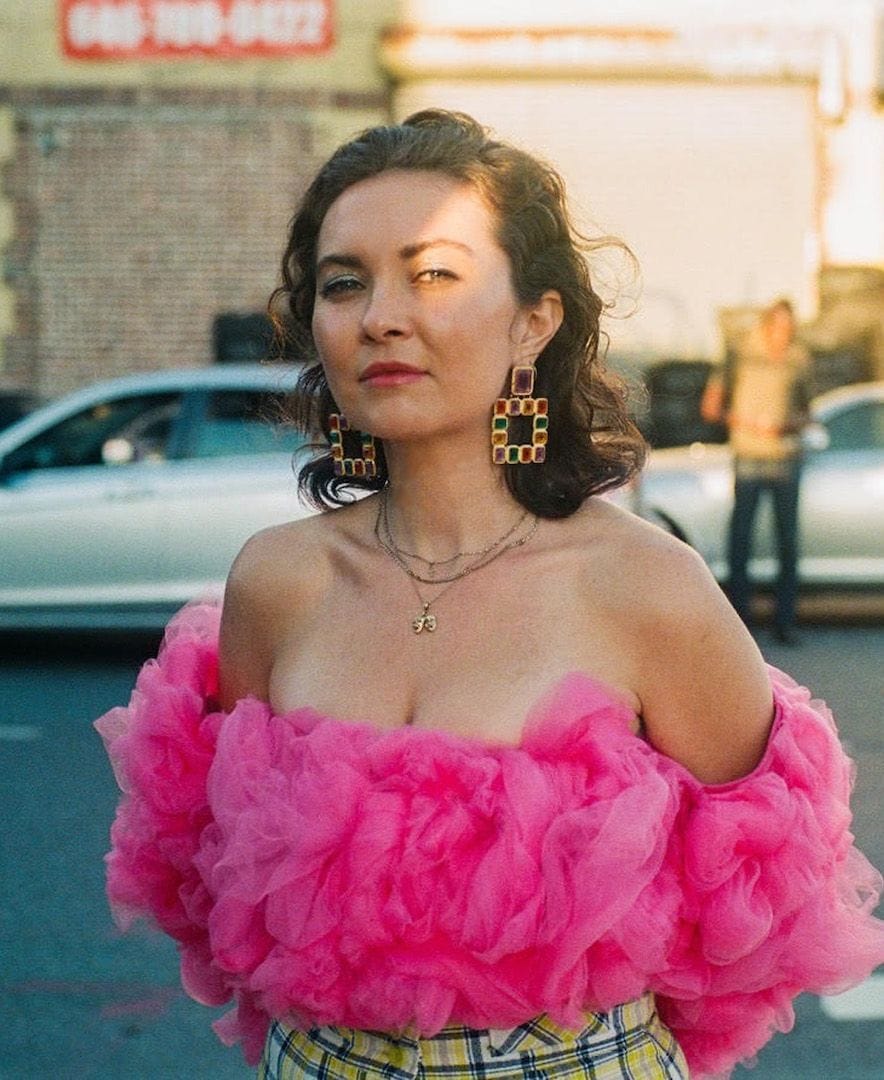 This is the album for anyone second-guessing giving themselves a second chance. Fielded is giving you permission to move on, and moving on sounds so good.

How did you find confidence in your voice as an artist?

It took a long time. I’ve been singing for years. Even from when I was a kid, I remember this early experience of singing and being embarrassed because this other kid in my class [was] like, “When you sing, you shake! You get so into it, you shake. It’s really weird.” I was like, “Oh, my God! I can’t do that.” But I was always deeply connected to my voice. I didn’t understand that was cool or okay. When I was a kid, I would sing the way I’ve eventually come to use my voice in the last few years.

I went through a phase of taking opera lessons. I went off my own path, and I used my voice in a limited way. It took a long time for me to find my true voice, to get to a place where I was like, “I don’t like belting that much. I prefer runs and singing softer.” Then there’s the comfort, as you get older, of not caring what people think. I’m gonna make music whether people like it or not.

Jumping into Demisexual Lovelace, the first thing I notice is the theme of womanhood and its pressures. Could you speak to how the peaks and valleys of being a woman influenced this album?

It’s an album about becoming a woman. It is connected to my relationships I was in, and I went through a bad breakup with somebody. It was a confusing relationship, and then I began another relationship with somebody, and then they sprung some news on me that made it so we couldn’t date. I just had to stop, because I felt like I was in a whirlwind, caught up in other people in a way that wasn’t healthy. This wasn’t making me feel good about myself, which was wrapped up in these feelings of wanting to start to a family.

It’s also an album about being independent, and I am mostly talking about ways in which I’ve been disappointed and caught up in the fantasy of something being more than it is. I feel like a lot of what is going through my mind as a woman, is coming to this place of not letting myself do that again. I’m not gonna let the projection of what something could be trick me into being a part of something—relationship or anything. There’s so much shedding of fantasy on the album. Disappointment is something you learn as you get older, and you get disappointed a lot as a woman, not to speak for anyone else.

This album feels like a companion for the lonely woman trying to understand the structures of romance. What did making Demisexual Lovelace teach you about said structures?

It just gave me more questions to ask myself. I really did attend SLAA meetings, for a while. It was part of my life, and I went because I felt like a love addict. I do love sex, but I get attached to people emotionally, and that was part of what I was saying about being in these unhealthy attachments with what could be with people. I went through most of my early 20s as a serial monogamist. That didn’t work for me. It made me feel trapped. I spent the second half of my 20s being wild, so to speak.

I was like, “Maybe I want the monogamy and [to] have that ‘traditional’ experience.” For me, having made the album and looking back on it, it’s just more questions of what does love look like, for me? The messages I’ve gotten about love are so deeply ingrained in me, and not my own. They’re societal, or from my parents. [The album] opened me up to stepping back from dating, and it opened me up to focusing on self-love again. 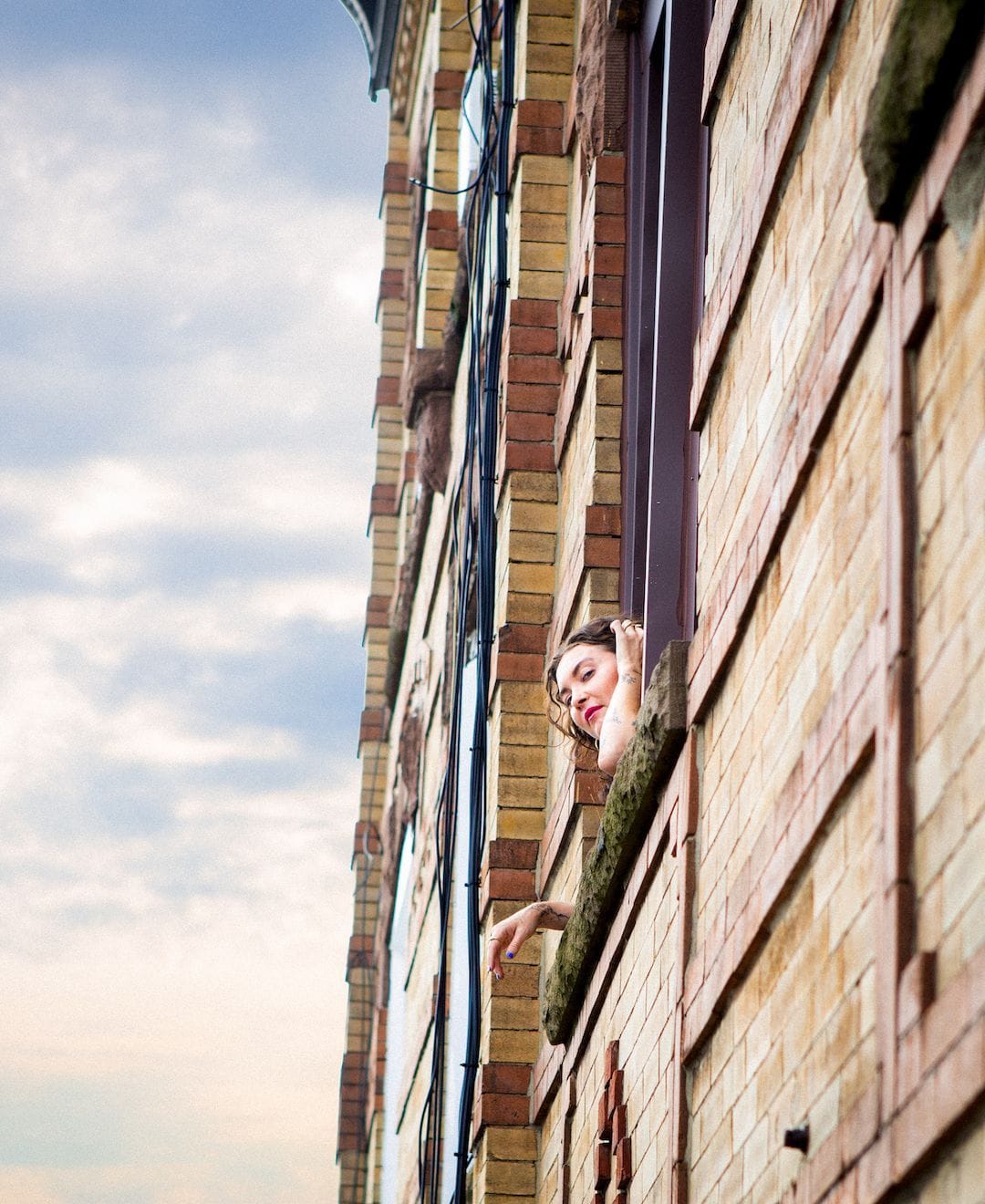 Being gay, I often think about the “traditional life” versus the life I’m building for myself. And there’s guilt there. Do you feel any guilt being yourself?

Yes, absolutely. I identify as queer, as a woman, and at the same time, I have a lot of privilege in this world. I spent a lot of time doing work around understanding how I’m privileged. I have feelings of guilt around who I am as a person and how I know myself to be internally. Also, I understand the perception of me, from an outsider’s view, is different from how I feel. It’s tough. My family—my immediate family—is proud, but I still have this guilt about not being an “easy” child.

I have that in friendships, relationships. That’s related to my mental health. I’m diagnosed bipolar, and I’ve had a few extreme episodes—breakdowns I wanna call breakthroughs. Turning points in my life. Also, as a woman, you can take on this idea that you’re not an “easy” person. Guilt, for me, is tied to shame around just existing.

With all of that in mind, this album seems like a promise to grow. So, finally, heavy question, how can someone learn to forgive themselves?