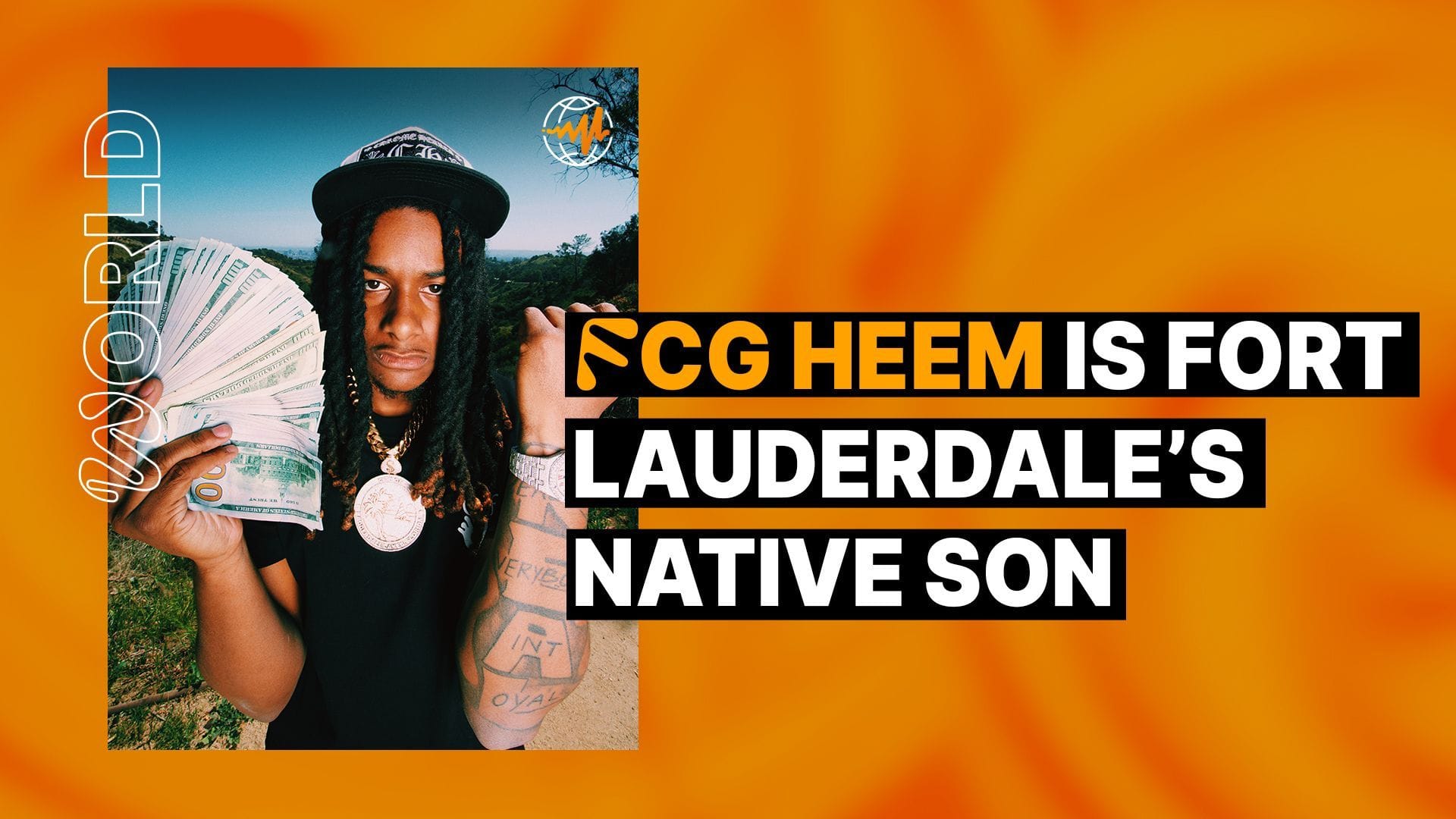 For FCG Heem, hometown pride is everything. Within the confines of Fort Lauderdale’s Shallow Side, Heem early love for music was spurred by his father bringing home a karaoke machine when he was three years old. Days singing Usher and Vybz Kartel songs would eventually lead to an interest in rap, and Lil Wayne, 2 Chainz, and 50 Cent were among his favorites growing up.

As Heem grew older, life got in the way of pursuing a music career. He recorded songs here and there, but he was more focused on raising his newborn son with the steady checks he was bringing in from his job at Walmart. That all changed when his single “Dead Weight” began to pick up steam in 2019. “I dropped a snippet and had seen people fucking with it,” he explains to Audiomack. “The engineer hit me that same night and was like, ‘Yo, we gotta record this right here.’ We recorded that song in my living room in one take.”

The song’s gripping melody and the motivational hook caught the ears of locals who never had a star of their own to champion. Eventually, it reached celebrities from NFL star Eddie Jackson to rapper YFN Lucci. With his latest project, Neighborhood Poetry, out now via Republic Records, Heem is ready to help bring his city into the spotlight: “I just try to make music to say that if I can do it, we can do it. Anything possible.” 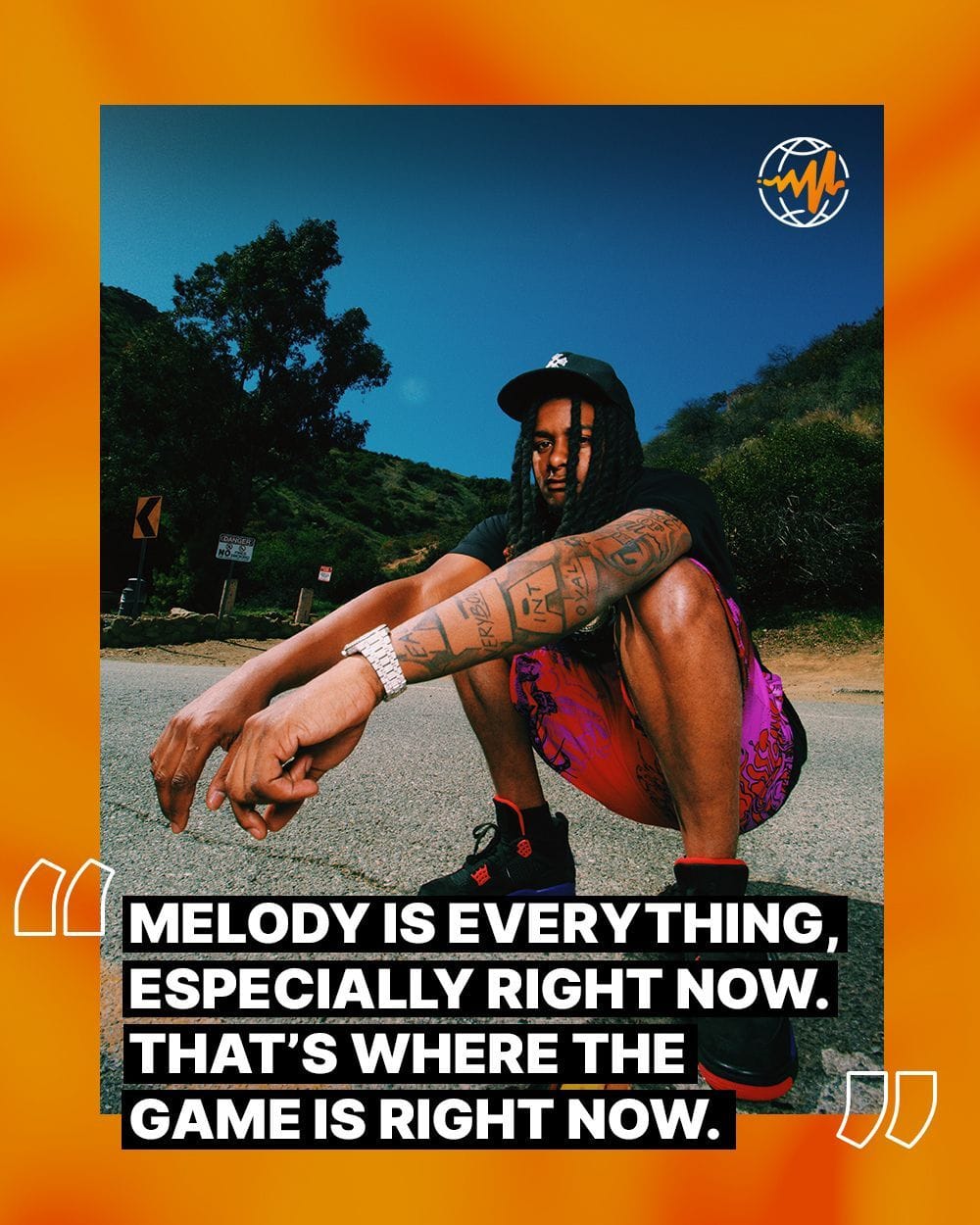 I read that you first showed a serious interest in music when your father brought home a karaoke machine when you were three years old. Talk to me about how you first fell in love with music.

My dad always wanted me to do music. I don’t know what he’d seen in music, but that’s what he’d say my whole life growing up. I used to sing Usher and Jamaican artists like Vybz Kartel and Sizzla.

As you became more interested in rap, who were some of your favorite artists at that time?

Lil Wayne, Kodak [Black], Future, and whoever else was doing it at the time. I remember 2 Chainz was in on it. I was in middle school when he dropped [T.R.U. REALigion]. That shit was gas.

I like to listen to music with a message in it, not nothing that has no meaning to it. I gotta really wanna say these words right here, for real. They gotta sound dope.

As you got older, when did you know you wanted to take music seriously as a career?

I’d probably say a couple years ago. When I had my son—that was in 2018—I was working at Walmart, and I got fired. I had to do something; I couldn’t just be sitting. I already had a song that was starting to pick up, so I decided to just take that music stuff serious. I had to give it my all one time. 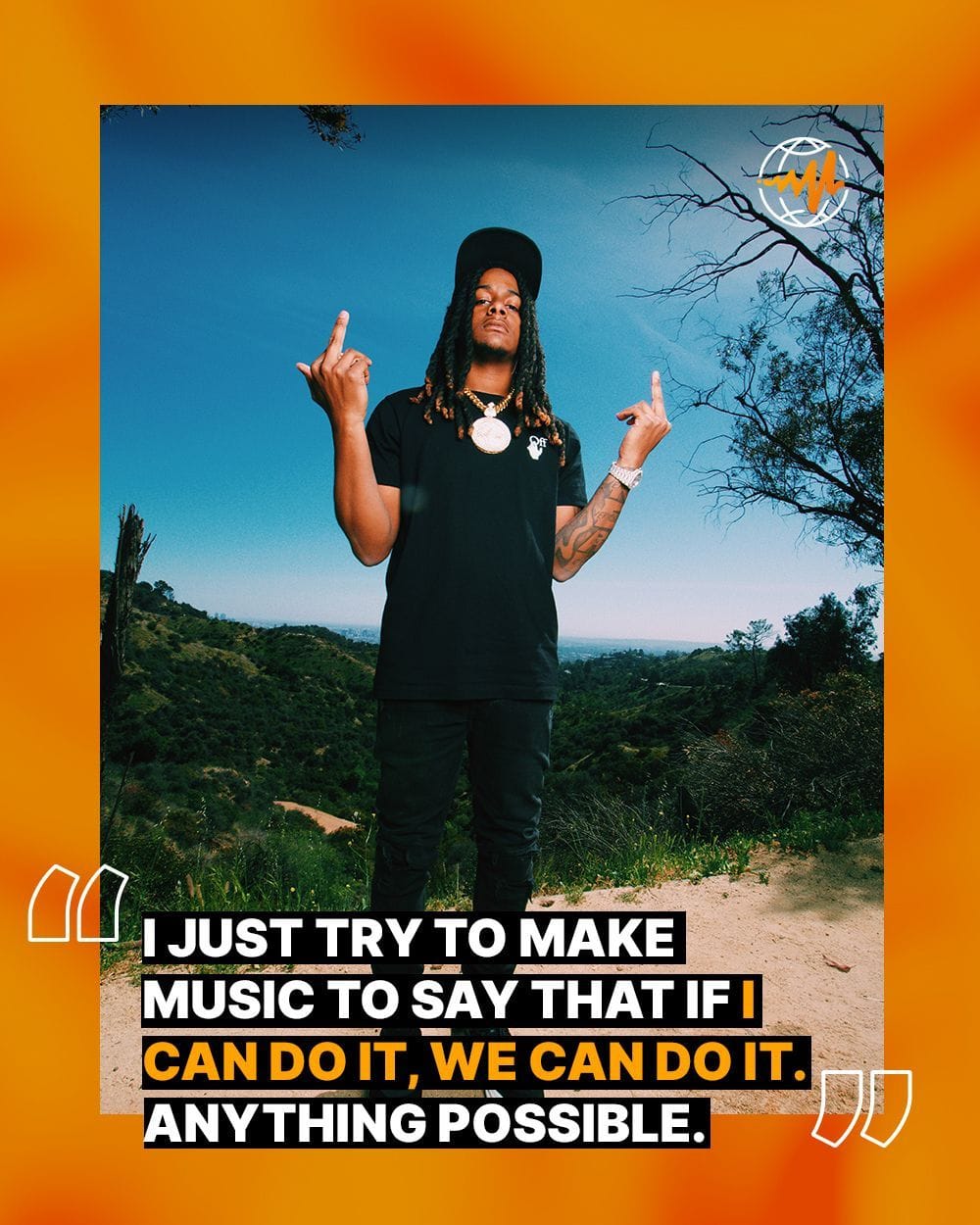 Your profile rose quickly once you released “Dead Weight.” How did it feel being noticed by athletes like Eddie Jackson and, eventually, by YFN Lucci?

That shit had crazy views. No video, no nothing. It was crazy for me; I ain’t gon’ lie. I wasn’t taking it serious because everybody rapping, you feel me? I wasn’t tryna put all the money I was making at Walmart into my music when I gotta take care of my son. When I saw everyone was fucking with it, it made me wanna take it serious.

I dropped a snippet and had seen people fucking with it. The engineer hit me that same night and was like, “Yo, we gotta record this right here.” We recorded that song in my living room in one take. I put my all in that song. I had real people behind me telling me [“Dead Weight”] was dope. It was a no-brainer.

You have a firm grasp on melody. What is it about a melody that can make lyrics hit differently than they would if you were to just rap them?

That melody is everything, especially right now. That’s where the game is right now. It’s so many times I’ll listen to an artist and think how differently I could say what they just said. You gotta have that certain kind of energy. I just be trying shit. I love it.

I love the title of your latest project, Neighborhood Poetry. That’s such a universal idea because every corner, every area, has its own bard. How do you feel your neighborhood, and Florida at large, has inspired the way you create music?

It’s kinda different now because I got a platform. Not to be cocky or whatever, but I’m the one they’re looking at from the city. I gotta represent. It’s not about just me anymore; it’s for the whole city now. I gotta hold us down. Every bar, every lyric, I gotta be saying something. You gotta feel where I’m coming from. Especially on this new project, I’m really painting pictures.

What would you say is the importance of making music for the neighborhood?

I was just somebody stuck in the neighborhood. When I make music, I want them to know that it’s possible. Growing up, I never seen nobody make it outta there. To be honest with you, fam, I’m one of the first artists to make it out of [Fort Lauderdale]. And I ain’t even really made it yet. It’s crazy. I just try to make music to say that if I can do it, we can do it. Anything possible.

You gotta touch people and reassure them you know where they’re coming from. It brings your earlier comment of you only wanting to hear music with a message behind it full circle.

I’m showing them they can do it, and I’m really from where they’re from. Don’t be scared to chase your dream because you never know. I was once scared, and that doubt kills a lot of dreams. That’s why this is Neighborhood Poetry, and I’m the neighborhood poet. Just because a lot of people don’t make it outta there, I’m damn near already looked at as a legend. It’s crazy.