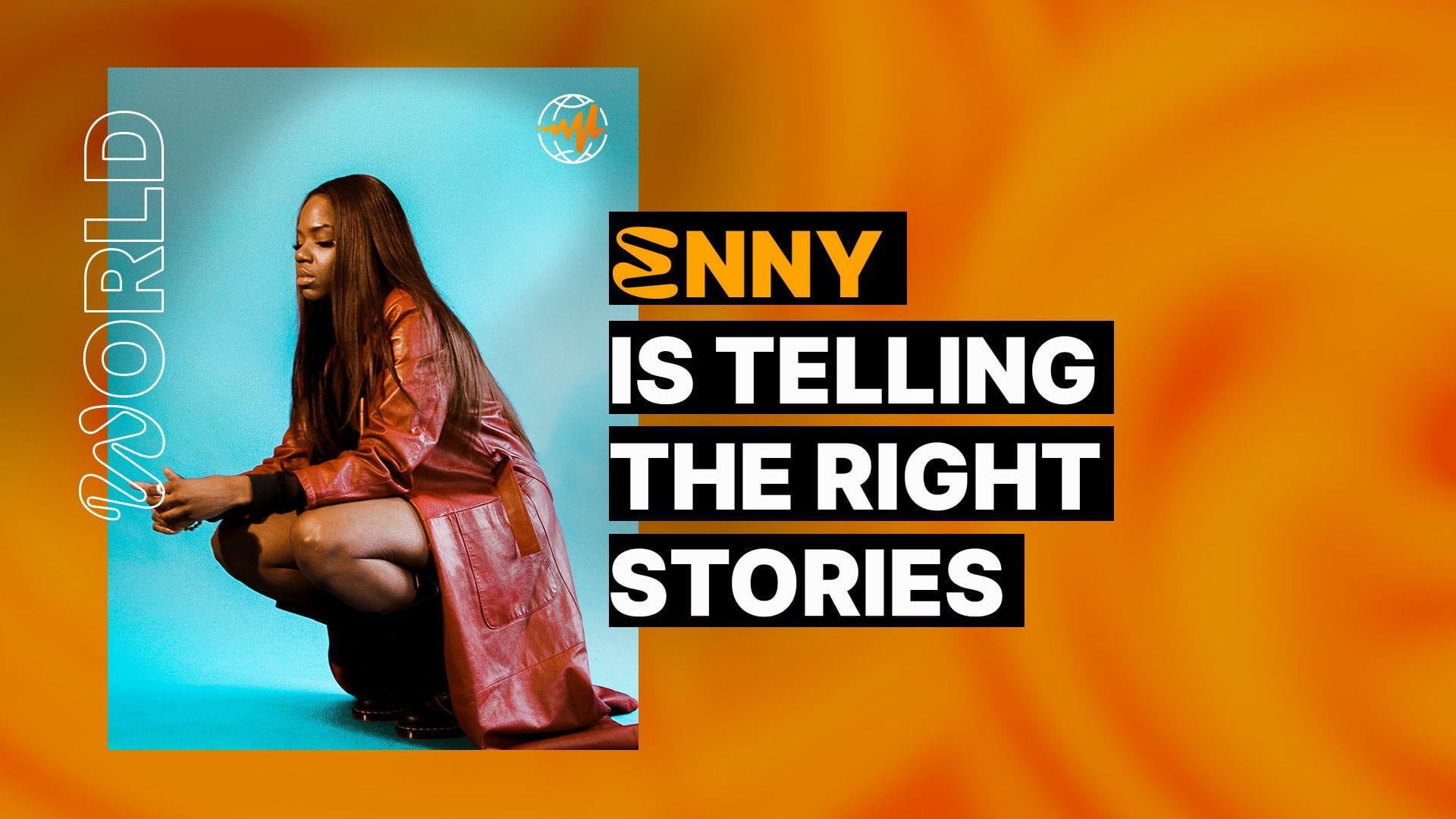 British rapper ENNY has struck the scene with her eloquence. The South London-raised artist stepped into the limelight with her single “Peng Black Girls” and a later remix with R&B powerhouse Jorja Smith, both of which offer a window into the many facets of the Black British experience. Switching up puffer jackets and Nikes for traditional bright-colored geles, ENNY shows off her Nigerian heritage with pride, too.

ENNY’s style is rich and distinct. Spanning the old-school hip-hop soul of Lauryn Hill to UK grime from legends like Dizzee Rascal and Kano, her influences established her technical versatility. With her “grime-esque” flow, she finds hidden pockets in the beat and sings sweet harmonies.

From clear-cut rhyme schemes to honest lyricism laced with social commentary, the sound that ENNY brings to the table is polished and refreshing. Honing her craft and building confidence as part of hip-hop collective Root 73, ENNY immersed herself in a community of artists and producers that were going against the grain. “Everyone thinks the artist does it by themselves but an artist is nothing without their team,” she says. Bringing a new generation of underground sounds into the fore with The Silhouettes Project and other collaborations, Root 73 helped ENNY to break through her shell. 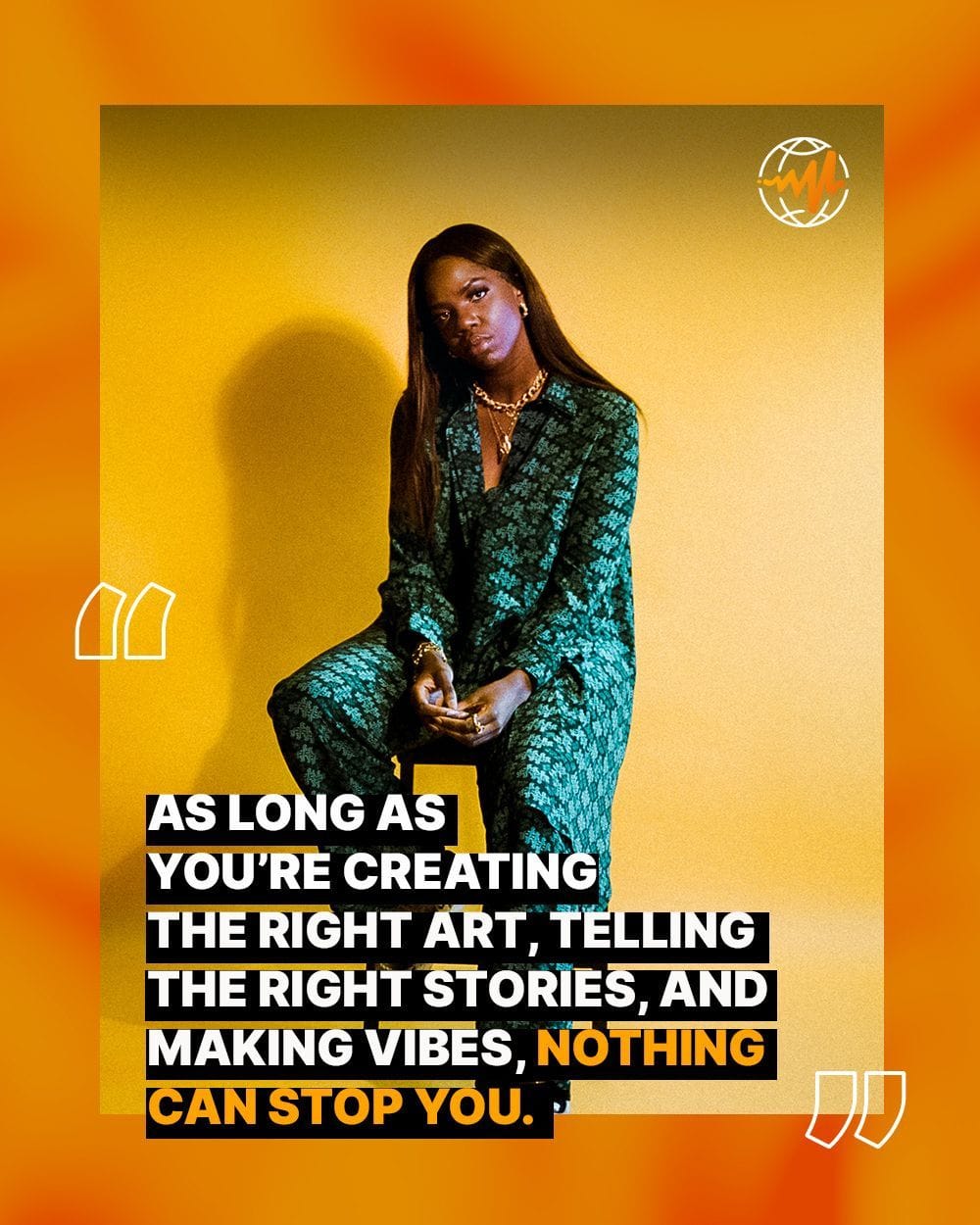 “I didn’t think I was marketable or there was a lane for me, but I’ve realized you create your own lane,” ENNY says. “Even though it’s art, it’s still a business, and the lines between that can be either very big or very small. But now, there’s not so much pressure to have a gimmick or conform. Even people like Little Simz make you realize it’s possible because it’s not all about sex or it doesn’t have to be. As long as you’re creating the right art, telling the right stories, and making vibes, nothing can stop you.”

I’ve heard Lauryn Hill is one of your major influences. Which of her verses stuck with you?

Lauryn Hill is an influence for everyone. She represents a moment in our lives—for Black women—creating the kind of music she makes. “Doo-Wop” really stuck out to me and when I was 13, I said to myself, “You’re gonna learn the whole song.” I spent one Saturday in the kitchen, trying to learn the song. The whole first verse is one of her coldest; it’s my favorite Lauryn Hill verse.

When you started to build your own sound, what did you pick up from the artists you were listening to?

I couldn’t say that whenever I’ve written anything I’ve had someone in mind. But I know I have absorbed a lot from people like Nas and Queen Latifah, Dizzee Rascal, Kano, and J. Cole. I’m the kind of person who played music constantly. When I was a kid, I used to sleep to music, so I honestly think it seeped into my brain.

You mentioned J. Cole. What makes him special to you?

J. Cole was the first rapper I discovered when I was 14. You know when you find an artist for yourself? Everyone else is someone you’ve been introduced to. I came across his mixtape in Year 9, and it was just a wrap from there. That was all I banged out until I was 19.

When J. Cole was in Manchester, I was in Canterbury, but none of my friends were fans like me. Then my sister got me tickets and even paid for my friend, so we went up to Manchester to watch him perform. I’ve even waited in lines by myself for [his] Dollar & A Dream Tour. He did a concert for £1 at Shepherds Bush—I’m in the video on YouTube. 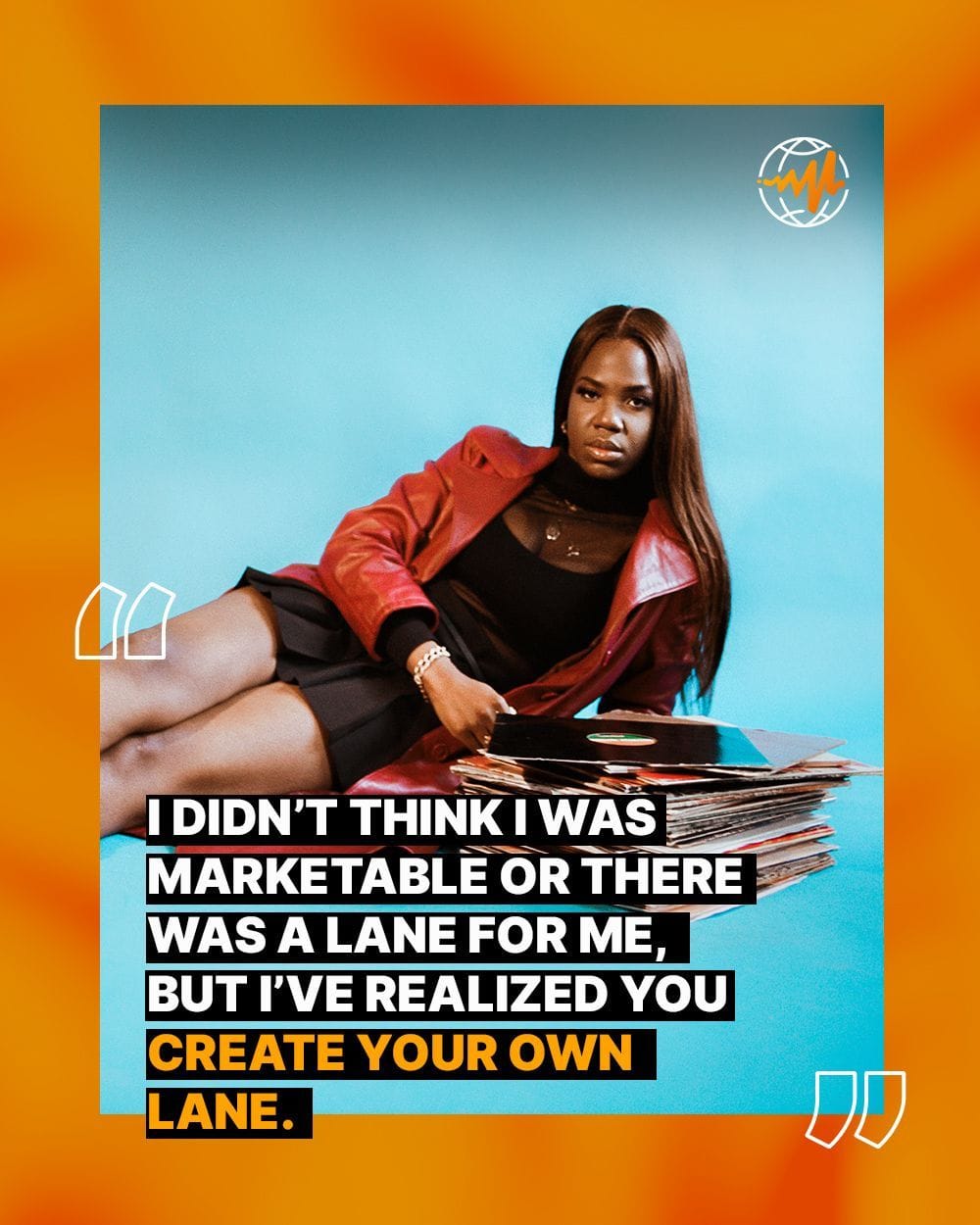 That’s hilarious! As a South Londoner, shooting the “Peng Black Girls” video in Thamesmead must have been sweet. How was that for you?

Warm and toasty—it felt like home. I even shot some of it in my house. It was a cultural reflection of my experience of being a young Nigerian-British woman. And I’d always wanted to shoot a video in Thamesmead. For some reason, everyone shoots there. I’d see someone shooting a music video, I’d think, “That’s supposed to be me, putting Thamesmead on the map.” I didn’t want to do my video in the spots I’ve seen before, so I tried to keep it abstract.

“And I said G someone can fix you a plate / But no one can force you to eat” is the best line from “Peng Black Girls,” but I feel like it went over people’s heads.

Definitely! Growing up, we always used to hear, “Man, they put guns in the streets. They wanted us to do this,” and it’s like yeah but just because they put it there, it doesn’t mean you have to go and do it. That’s what that line represents. Sometimes, our hands might be forced, but it’s about what you do after that. That’s my favorite lyric in the song.

Paya produced “Peng Black Girls.” What’s the vibe like when you’re working together?

For a lot of the songs coming out on my EP, I had some of the lyrics already but didn’t have the right producer. When I met Paya, he played me the sounds I was looking for. The lyrics just fit perfectly on what he had produced. We just had sessions with other artists too, Casper and Joe Beard, two instrumentalists he works with. It’s a case of letting the producers and musicians create, then seeing what you can catch off that—it’s a special environment.

You’re sweet but when you’re rapping, you’re on smoke. How do you balance your rap persona and personality?

Everyone has noticed that about me. I’ll be shook but when it’s time to go on stage, it’s a whole different thing. Maybe I’m channeling stuff that’s deep down. And with rap, you can say things you wouldn’t always say in person. You can put [it] in a song and it can just be music. You won’t find me ranting online. It’s easier to channel my emotions into music.