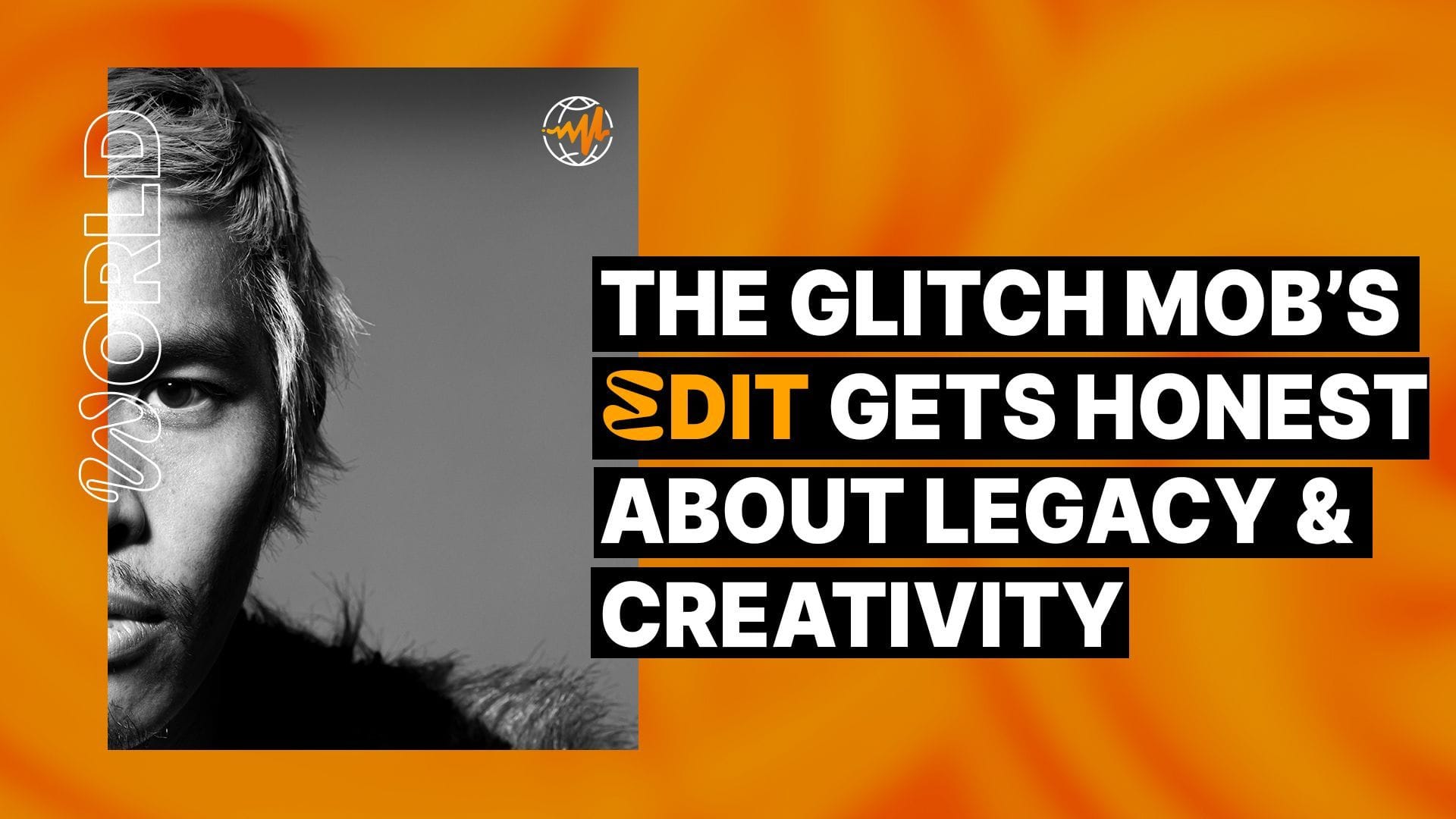 In 2010, The Glitch Mob released Drink the Sea, a beacon from the Los Angeles beat scene. The debut album from the electronic trio consisting of edIT, Ooah, and Boreta was a pioneering moment in the electronic and dance spaces. Gargantuan sounds drove the album, but it was the chemistry between the trio that truly gave the record its staying power.

All these years later, edIT, born Edward Ma, looks back on the album fondly, but with a measure of distance. “Whether it be The Glitch Mob, or my own music, I don’t put expectations on the music, or hold assumptions as to what it could or couldn’t be,” he says. “With each record, it’s about telling a story and mirroring where I’m at or me and the fellas are at in a particular moment in time. The rest is completely out of control. Whether people like it or not? I don’t really concern myself with that anymore.”

On February 26, edIT released Come to Grips, his first solo effort since 2007. Standout song “Find You” is packed with sonic swerves and pulses with the titanic life edIT had been known for in the preceding decade. Yet, For Edward Ma, the key to a fulfilling creative process lies in three factors: making himself smile, musical growth, and the desire to share his art with the world.

While he sits on close to 1,000 unheard beats, edIT explains that not sharing music and creating without the expectation of hungry fans is just as crucial as making art with the intent to release it. “I’m sitting on boatloads of that stuff,” he says, “and I’m like, ‘In the journey of Ed Ma as a musician, that’s part of the creative process.’” 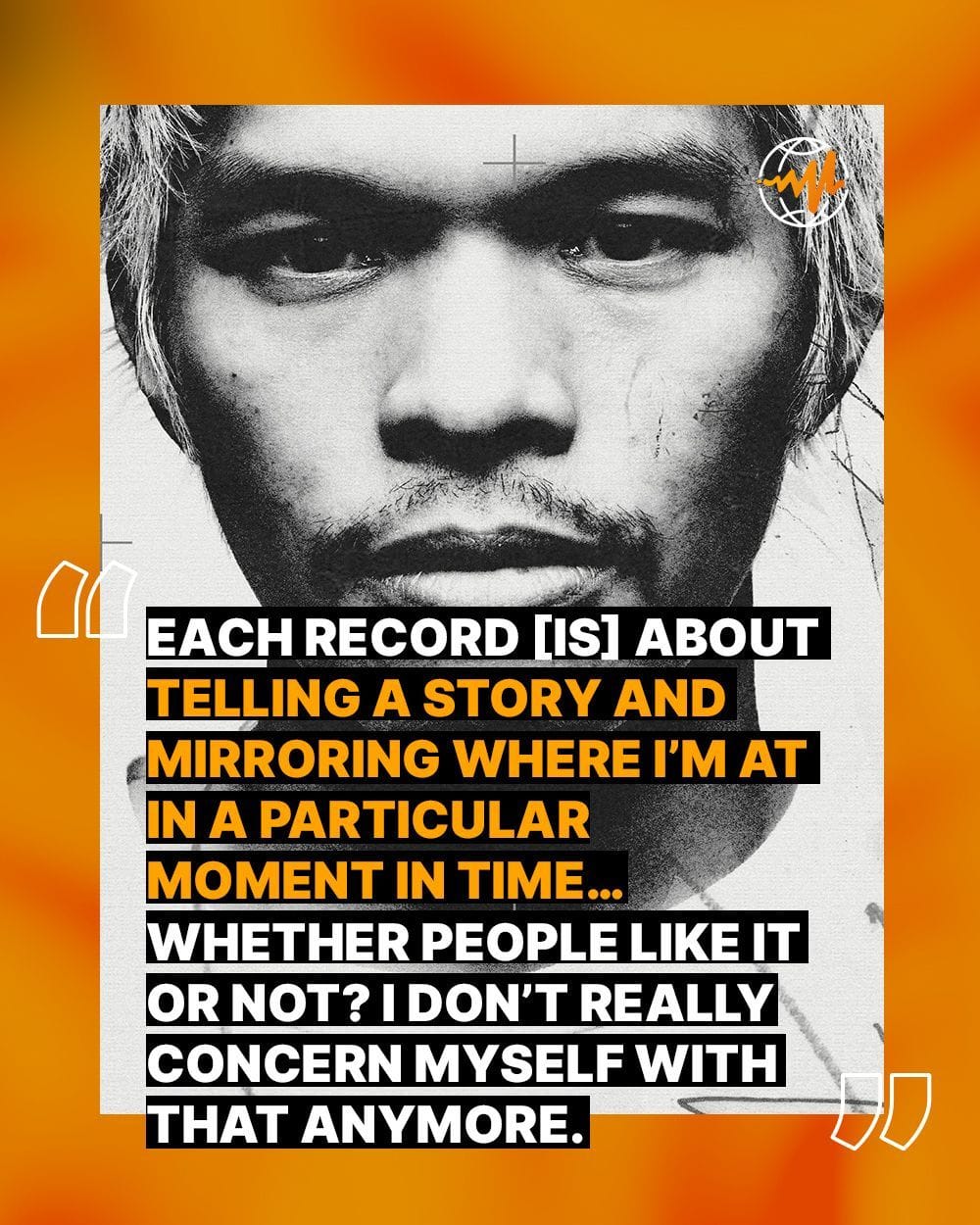 It’s been over a decade since Drink the Sea, which was a pioneering record. Looking back, do you realize the impact that The Glitch Mob’s debut had on electronic music?

Getting too consumed with feedback, whether it be good or negative, to me, is not good for the creative process. I’m an artist, out here, making art! I’m not trying to have outside influence my creative process.

To be honest: I didn’t know the impact it would have, and to this day, don’t really know what the impact of it really even is. I know people like it, which I’m grateful for, hearing you talking about the record, but I haven’t zoomed out to look at the record in those terms. I don’t subscribe to that, as an artist. I’m not trying to make history. I’m just making music and putting a little piece of myself into a piece of art.

The critic, the historian, the press, they’ll be the judge of it. I don’t sit here and judge my music. I’m just making things—that’s it. And, sharing things. The rest is not up to me. I don’t stress myself. There were a lot of people who totally hated [Drink the Sea], which is also fine!

We don’t jump on the current trend. We’re such outlaws, and at festivals, they never know where to put us. We don’t belong on any one particular stage. We’re the weirdos, and it’s, “Weird stage! That’s where they’ll go.”

In the 10 years since, electronic and dance music has continued to evolve at a rapid pace. What’s your best advice to artists coming up now that might be intimidated by the speed at which the genres evolve and being thrown on the “weird stage”?

What you’re describing is artists who look at themselves as a product, and are trying to figure out how they can sell themselves and ascend the ladder of relevancy. I can’t tell you how to succeed in that. Quite frankly, I don’t even know.

To me, good music and timeless music… It don’t matter when it drops. People are always gonna appreciate it, end of story.

My advice? Just do you. There’s a million people copying a sound. Why bother trying to compete in that space when you can just be yourself and offer something no one else can replicate 100 percent? You have something to offer that the world wants to listen to. I would double down on that.

How do you stay inspired to keep creating?

I don’t look toward success as inspiration. Music is not a competition against everyone else—music is expression. That’s the way I communicate to the world. There’s never gonna be a lack of inspiration, if that’s my premise.

If I was using success as my gasoline, that’s gonna be problematic. Everyone who’s hot, you’re just not gonna be as hot [eventually]. That’s part of the cycles of music. It’s impossible to stay on top of the game your entire life. I don’t find inspiration in that area. I don’t make art based on whether people feel a record. “The market is telling me they want this?” That’s not how I operate.

It’s also one of the beautiful things of being independent. We don’t have a record label behind us like, “Hey, guys, you didn’t sell records, blah, blah. If you don’t sell more records, we’re gonna drop you.” We never have to deal with that, which is really refreshing.

How did you develop that confidence to serve your creative needs first?

I never sweat the stuff I can’t control. That’s rule number one with me. When people like the music you make, or not, it’s not really up to any of us as creatives. People are gonna like it, or they don’t. There might be a lot of reasons why [they like it or don’t]. The record could be in the right place at the right time. There’s so many factors. So, that’s not where I choose to focus my energy.

I’ve detached my ego from my artist-self, a long, long time ago. edIT and The Glitch Mob, those are musical projects I’m part of, but they don’t necessarily define who I am. It’s what I do, because I love to do it, but it’s not entirely who I am. Therein lies a problem with some artists who might get distraught when their records aren’t doing well, because maybe their ego is too attached to their artist self. They believe that if their records aren’t doing well, it’s a reflection of them as a human being, which is totally not the case. I never sweat it. I’m gonna be making music ‘til the day I die.

That’s very sage-like, because right now everyone is a personal brand and what they do is what they are. There is no detachment.

That’s the paradigm we’re in, right? The music itself is a small portion of the entire picture, for most musicians. If you’re a hot EDM artist, the tunes are the vehicle to on-ramp you to…

To gaining fans, to whatever. There’s so many other factors at play. Instagrams on private jets, you know? The songs are so little of what matters. For me, I prefer it to be about the songs. I don’t subscribe to the rest. Especially with social media, I’ve really detached my ego. I’m not as engaged as the fellas on social media. I have way less followers—I ain’t even tripping. I’m not trying to leverage my social media influence. That’s not the way I approach things.

It’s probably better for your mental health, too.

Totally. Whether a record is gonna succeed or not, it’s not up to me. The only thing that matters to me is if I listen to the record on Audiomack and play it front-to-back, is what I’m hearing back enjoyable to me? If the answer’s “Yes!” that’s great.

While innovating your sound, how do you ensure you’re making yourself happy first and foremost?

I don’t really look at it in terms of innovation. I try not to put those kinds of pressures on my creative process. I look at it as: does it put a smile on my face, am I growing, and is this something I’d like to share with the world?

I’m sitting on close to 1,000 beats no one’s heard. That’s a whole thing within itself. When you’re an artist, it’s important to create without the intention of anybody hearing it. It’s part of every artists’ personal journey of growth.