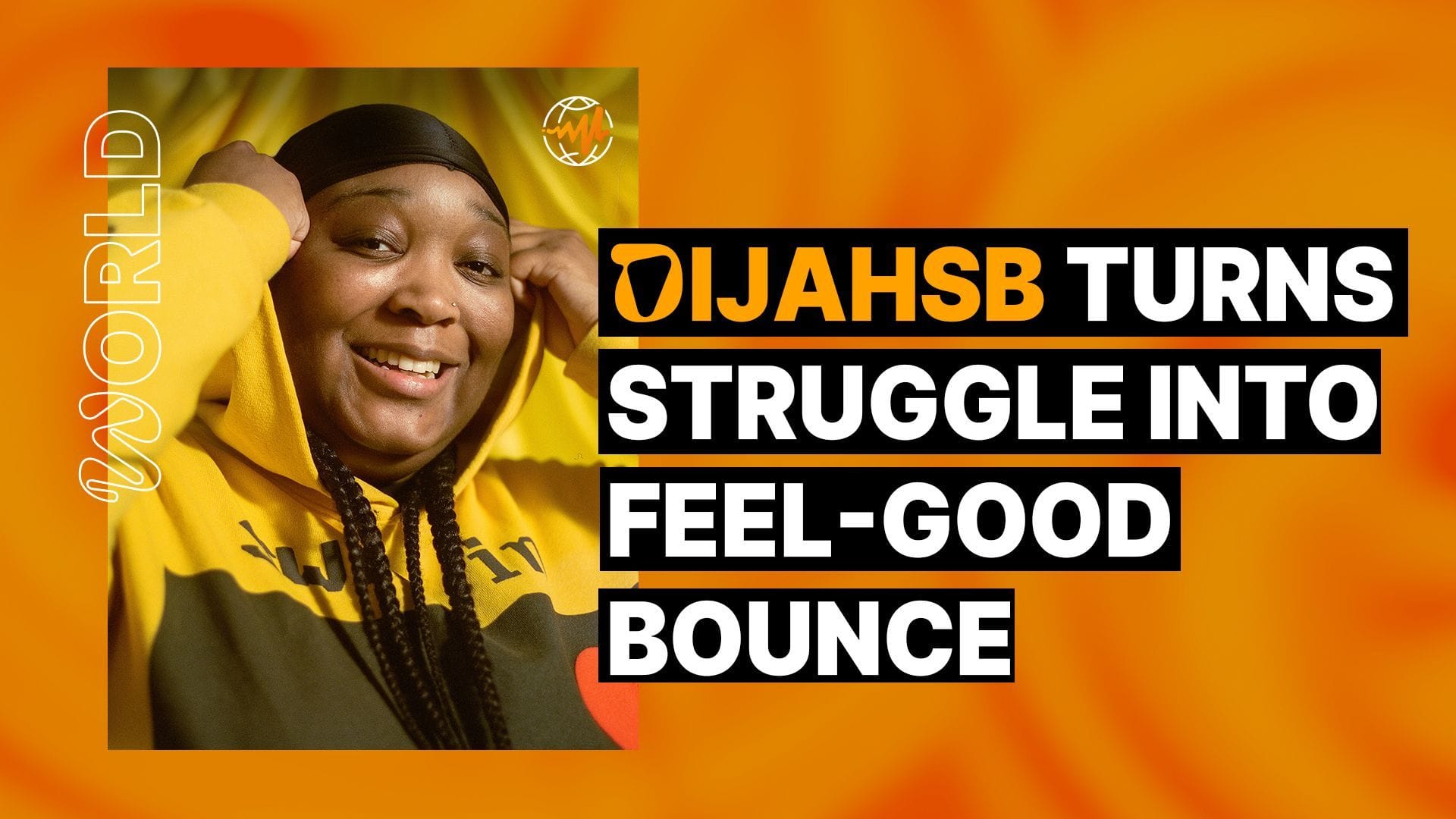 Depression tried to hold DijahSB back, but they refused to give up on life. The Toronto rapper, who grew up living below the poverty line, couldn’t see how a music career would be possible. Yet, fans and peers connected with Dijah’s combination of bouncy electronic beats and raw lyricism so much that they funded the MC’s debut release: 2020 The Album. Earning a notable cosign from Kid Cudi, the Canadian artist is on the rise.

DijahSB’s new album, Head Above The Waters, released April 23, is versatile but thematically grounded. Its eight tracks encompass everything from long stares into open water on the title track to boat party scenes in “Throw That Back.” Dijah effortlessly and nonchalantly navigates the funk bassline in “Way Too Many Ways” to the point that it feels like the record itself could strip back society’s woes.

Without hesitation, the rapper lays financial instability and depression bare, detailing the moments where the title’s metaphor for survival was reality. “At the core, poverty really breaks us as a society,” they say. Their openness is as folded into their rhymes as is their politics, which are centered around systemic change and greed’s exile. With the grind of “Overtime” finally paying off, Dijah is grateful to have made it through life’s murky waters. 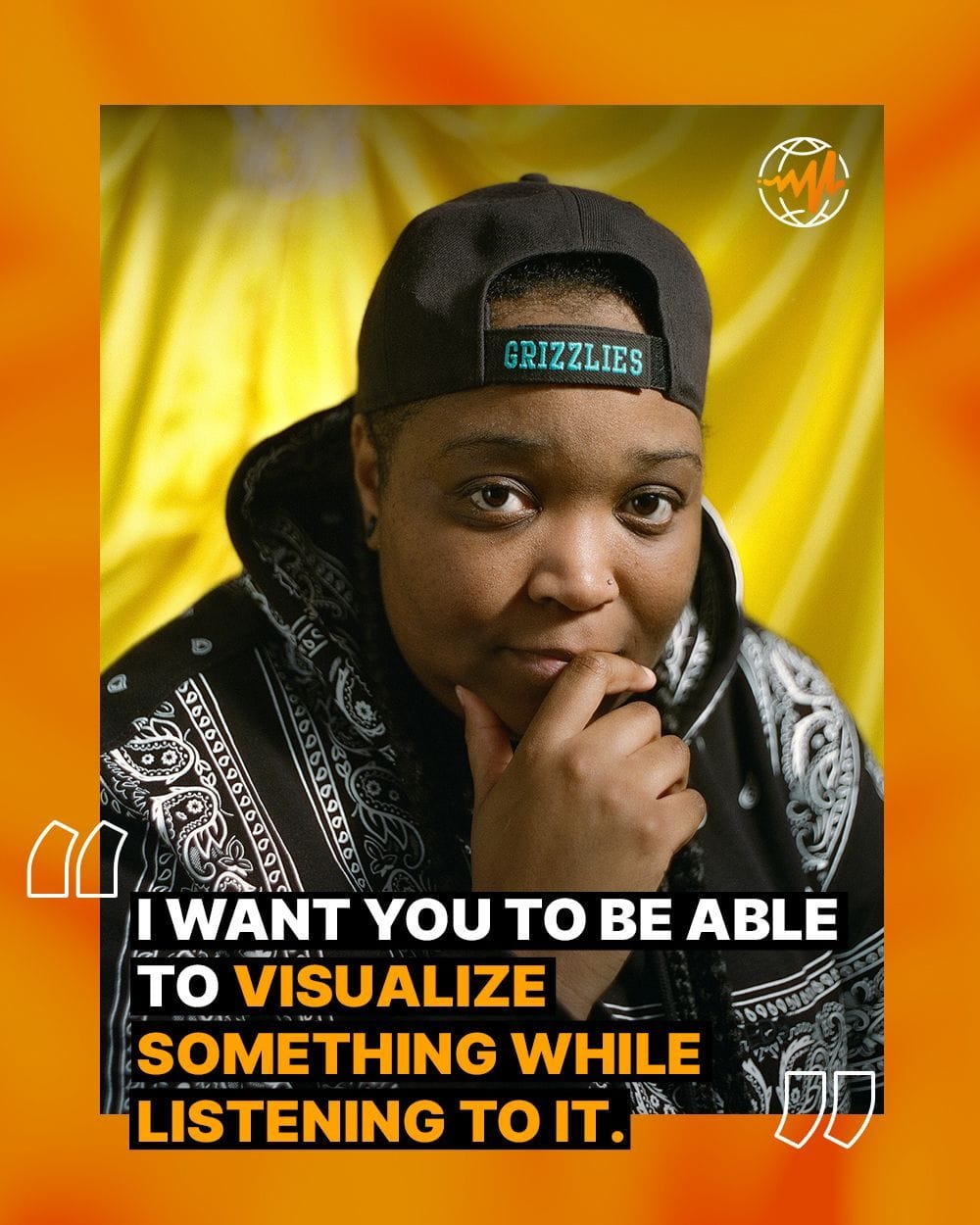 “If I had given up when I wanted to, I wouldn’t have been able to enjoy these things,” says DijahSB. “It’s a lovely time that I’m having, and I never could see those times for me when I was feeling the way I was feeling before. I couldn’t imagine myself in the position I am in now, but I‘m here though and so happy that I stayed to reap the benefits of all the work and struggles I went through.”

Your lyrics are very real, but the vibes are seriously infectious. What does feel-good music mean to you?

Listening to music can change your entire mood. It’s actually fucking science. When you listen to a good record, you get goosebumps or your hairs are raised—music does something to our brain.

To me, “feel-good” means anything I can relate to or makes my brain work, especially when it comes to the content. Sometimes it’s been years of listening to my favorite artists, then today, I’ll figure out a line I didn’t understand before. Also, feel-good music is timeless; it can be played for the next 10 years and still be fire.

If I close my eyes while listening to “Throw That Back,” I see scenes at the club, but where were you when you wrote it?

That’s so funny because whenever I write records, it’s literally me in my bed. Sometimes I’ll get inspired at three in the morning, write a line down, and go back to sleep. With “Throw That Back,” I wrote that as a line at first, then, I was like, “Oh shit, that actually slaps. Let me put that as the hook!” I don’t like making hooks, but it all flowed together.

What did you want to do differently on Head Above The Waters compared with 2020 The Album?

I wanted to have more of a theme because 2020 The Album was sporadic. There were definitely major themes, but Head Above The Waters is a lot more fluid, and the theme is always present in each of the songs. 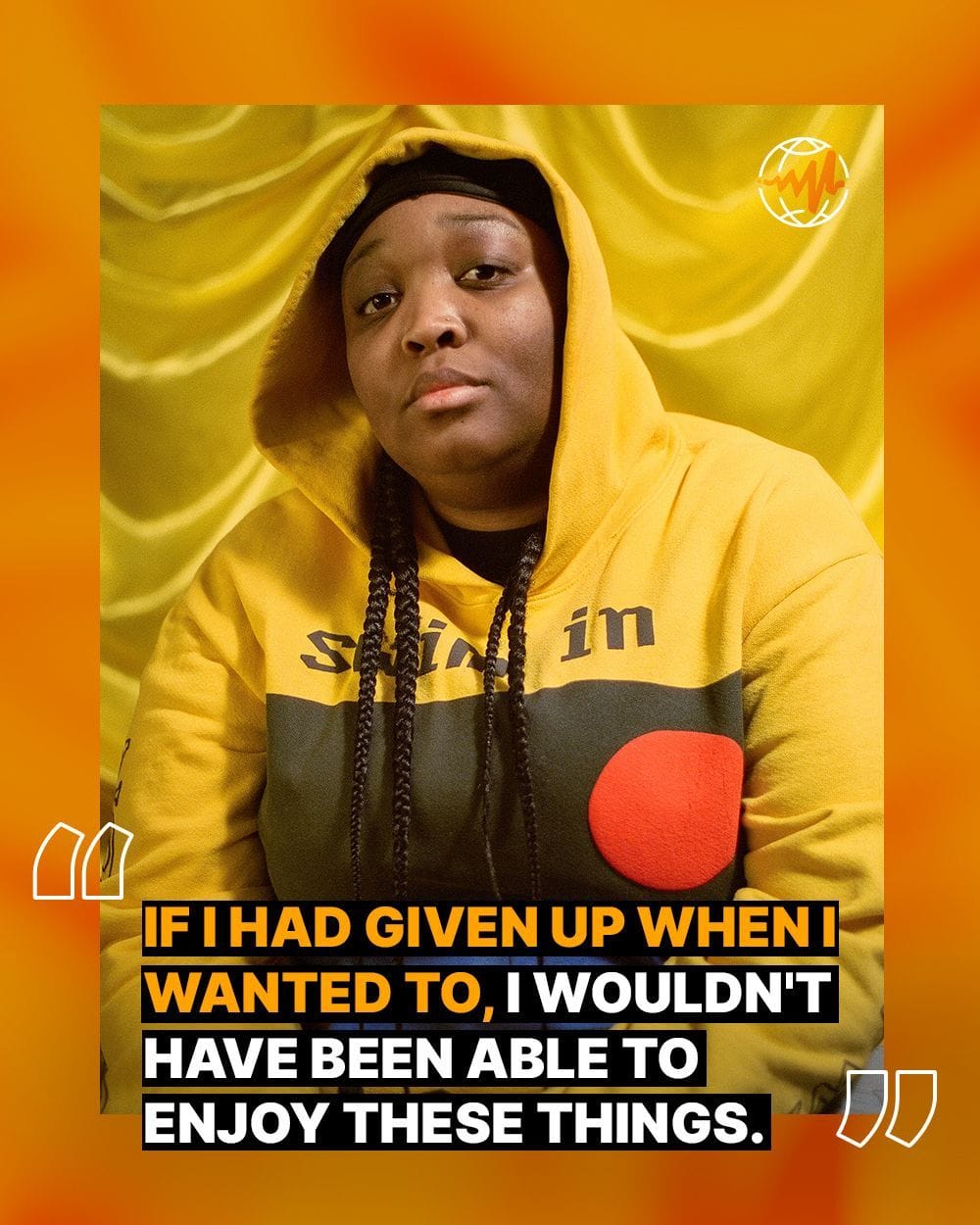 Why is fluidity important to you?

There was one thing Diddy said in the Biggie documentary. When he executive produces a record, he likes to make it so that you’re watching a film. Then I realized all the best albums—the ones I love—are exactly like that. You listen to it from top to bottom, and it feels like a film. That’s what I want my albums to feel like. I want you to be able to visualize something while listening to it.

In “Moving With The Tides,” the line, “You wouldn’t have survived if you knew what I know,” really stuck with me. What would you want in the world so people could thrive and not just survive?

I feel like a lot of people are ignorant to what goes on in the world. So you wouldn’t have survived if you knew all of the things you’re not privy to. You wouldn’t survive out here because you wouldn’t have that cushy feeling of privilege.

I feel like a lot of issues stem from poverty and classism. An abundance of resources for everybody—instead of just a few motherfuckers who benefit from it—would make a huge impact on the world, human beings, greed, and how things operate. And we wouldn’t have to be so cutthroat towards each other because we’d all have, right? There are lots of things, but I feel like, at the core, poverty really breaks us as a society.

Your passion for speaking against poverty and classism is a common theme in your music. What are some otherworldly issues that exhaust you?

I’m definitely tired of complaining about the same shit over and over again and feeling helpless with how to solve it. You could change what you do as an individual, but that still doesn’t help because it’s a system that’s working against us; the system itself has to change. It’s just frustrating seeing so many people suffer unnecessarily.

We’re supposed to be seen as a progressive world, but a lot of this shit, it’s hundreds of years on, and it hasn’t changed. Or it has changed, but they do the same thing in a different way. They’re just not privy to the things we have to deal with, and when we bring it up, they try to tell us that we don’t deal with those things. I definitely try my best to make people aware as much as I can [with my] platform.