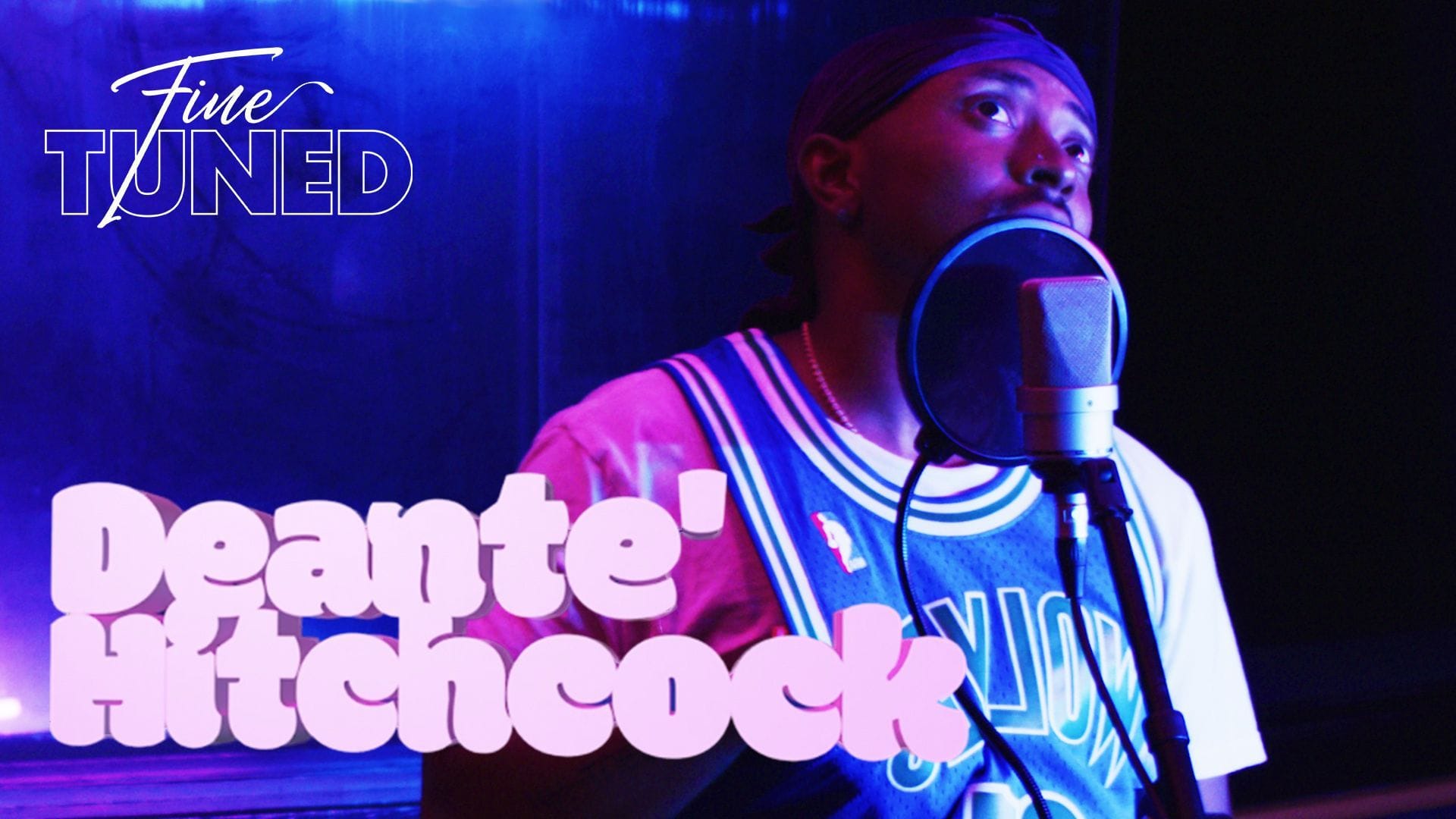 Atlanta’s Deante’ Hitchcock is a rising rap star, climbing out of the underground scene to stake his claim on mainstream hip-hop. His poignant lyrics and polished flows will have you replaying his music indefinitely.

Debuting with his first full-length, GOOD, back in 2016, Deante’ has lived by the old adage of quality over quantity, dropping EPs in 2017 (So Much for Good Luck) and 2019 ( Just A Sample 2) before releasing his long-awaited major-label debut album BETTER in May 2020. Across his discography, his music stays true to his Southern roots.

For Fine Tuned, Deante’ performs a medley of two standouts, “I Got Money Now” and “Growing Up” from BETTER, backed by live piano.