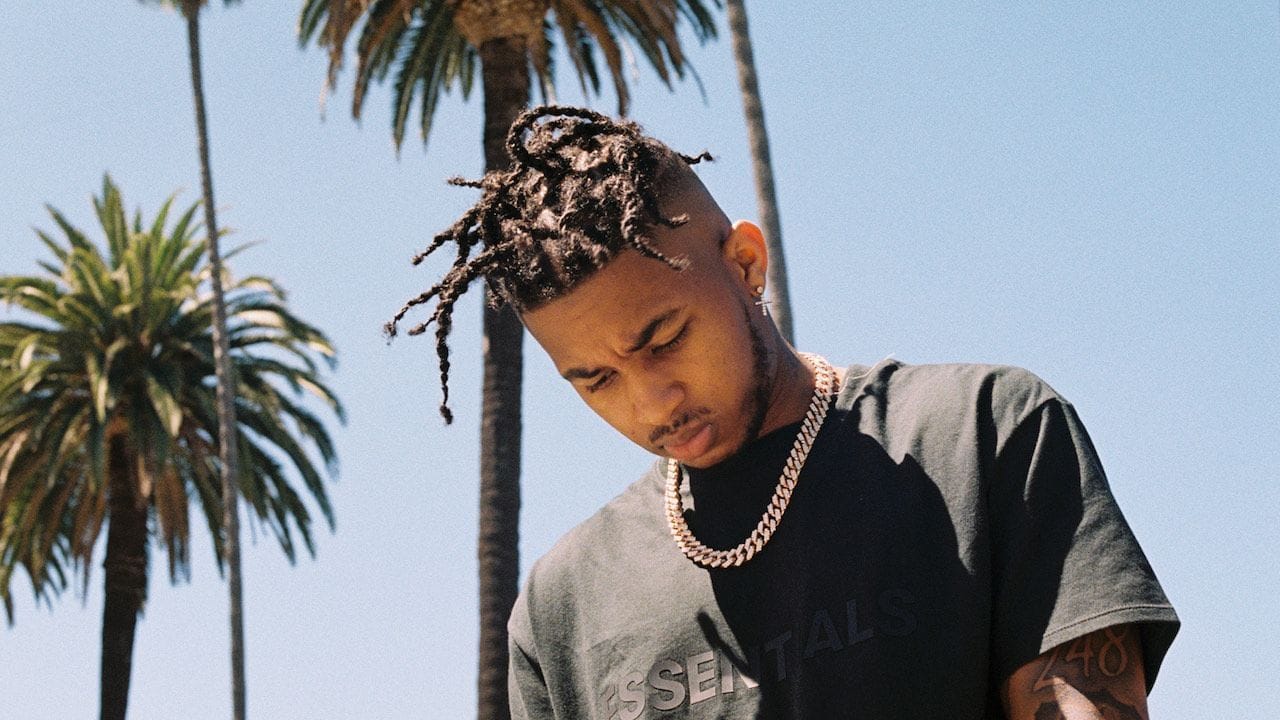 DDG is strategic about releasing music. Rather than flooding fans with new material, the Michigan native drip-feeds content to give his songs room to flourish into hits. The approach has worked to his advantage; his “Moonwalking in Calabasas” remix featuring Blueface has become an anthem for being young, fly, and flashy as the two rappers trade punchlines over a naked instrumental. DDG hints at snippets of more music to hungry fans on social media, but he’s hesitant to put it out—even if he wants to.

“When I get a hit, or I get something that’s getting a lot of momentum, I like to let it breathe and not distract from it,” he tells me over Zoom as he drives. “But for the most part, I’m on some NBA YoungBoy shit. I want to drop every week, but I’m just trying to be smart and let my song do what it got to do.”

That’s the 23-year-old musician in a nutshell: poised, ponderous, and always thinking toward the future. Initially famous as a YouTuber known for prank and challenge videos, the rapper, who can also hold a note, has transitioned to music over the last four years, planning a takeover of the industry. DDG’s not your average rising artist who throws stuff at the wall until it sticks. He’s had success with his Take Me Serious and Sorry For the Hold Up EPs as well as his VALEDICTORIAN studio album that dropped last November, but he’s reached a new level with “Moonwalking in Calabasas.” Now, instead of searching for the next big thing, he’s working on building his empire one brick at a time.

In 10 years, DDG wants to have reached mogul status, following in the footsteps of Diddy. Though that’s a decade from now, rest assured DDG has his plan mapped out. “I’m nowhere near my goal,” he says. “I’m trying to see the Bs one day, man.”

How did you get so financially savvy?

I’ve always been a hustler trying to figure out how I can make money. Back in high school, I used to sell candy and shit, so I’m used to always being in this mode. And I came into this internet game just finessing, to be honest. It’s a lot of money out there.

Who’s someone you look at as financial inspiration at this point in your career?

Floyd Mayweather. That’s the type of money I want to have. I want to spend my money like that.

Would you say music is a means to achieve that goal of financial freedom?

Nah, music is definitely a passion of mine. It’s not about the money. I had money before I started doing music.

With music, the money is way slower than what I’m used to. So it’s nothing I look at as a financial thing. I’m just doing it because I love it.

This quarantine has forced artists to think creatively to keep money coming in since performances and live appearances are pretty much impossible right now. How has this year been for you financially?

Actually, I made a lot more money in quarantine than I did when the world was open, so I feel like it helped me in a way. Since my content is all over the internet, people have been at home on the computer much more. It’s in high demand.

As someone who has been a YouTube content creator prior to becoming established in the music industry, how has that shaped the way you maneuver?

It just made me more creative. It made me look at all aspects of music visually and how it should come out. That’s why music videos are so much more impactful. I get a lot of views because people are used to seeing me, and it makes the songs blow up.

Do you think that gives you a leg up over the average artist that doesn’t have that kind of background?

Yeah. I feel like I definitely got a leg up on a lot of new artists. With most [new artists], the voice is known more than their face. It’s like my face is more known than my voice.

You’re very strategic with your releases. You choose not to flood artists with new music, instead, drip-feeding content to fans. Who inspired this approach?

It’s more so like when I get a hit, or I get something that’s getting a lot of momentum, I like to let it breathe and not distract from it. But for the most part, I’m on some NBA YoungBoy shit. I want to drop every week, but I’m just trying to be smart and let my song do what it got to do.

Your current hit is “Moonwalking in Calabasas.” How did that song come about?

I was in a studio vibe, and it was just me and the engineer in the room. I was messing around, and I said, “I feel like Michael Jackson.” And he was like, “Oh, keep that, that sound kind of hard,” because I was freestyling. I usually write, but I was freestyling in that part of the song, and then I just brought it all out. But my main focus when I started, I was like, “You know what? I want to start the song off immediately. I don’t want to wait until the tag drop or anything like that. I want the song to capture the moment.” I feel like that helped the song blow up a lot more.

At some point, Blueface got involved.

He just hit me in the DM and said, “Let me remix it.” He pulled up to the studio, and he did it.

How would you say the success of that song has changed your life?

I wouldn’t say it changed my life yet, but it definitely caused my price and popularity to go up. This is just a stepping stone for what I have coming next, so I’m excited to drop more music and strike the world some more. I have a very, very bright future.

What are you currently working on?

A new project with OG Parker. It’s a joint tape, so it’s going to have a lot of collaborations. It’s just displaying me working with other artists and creatives on a project versus my first body of work, which was more so a bunch of songs with just me on it. It didn’t really have a vision. I took the time, this time, to create a real body of work.

I saw a tweet where you hinted at wanting to become a mogul in the vein of Diddy. What are your plans for 10 years from now?

I definitely want to be a mogul. I’ve been doing music for about three or four years now, so in 10 years, that’s when I’ll know if I’m hot or not. By then, I want to be blowing other people up and dipping and dabbing into other industries—have my own liquor and all types of shit.

I just want to be touching Billboard every time I drop. Music-wise, I want my music to keep growing and keep moving. I’m trying to go Platinum.