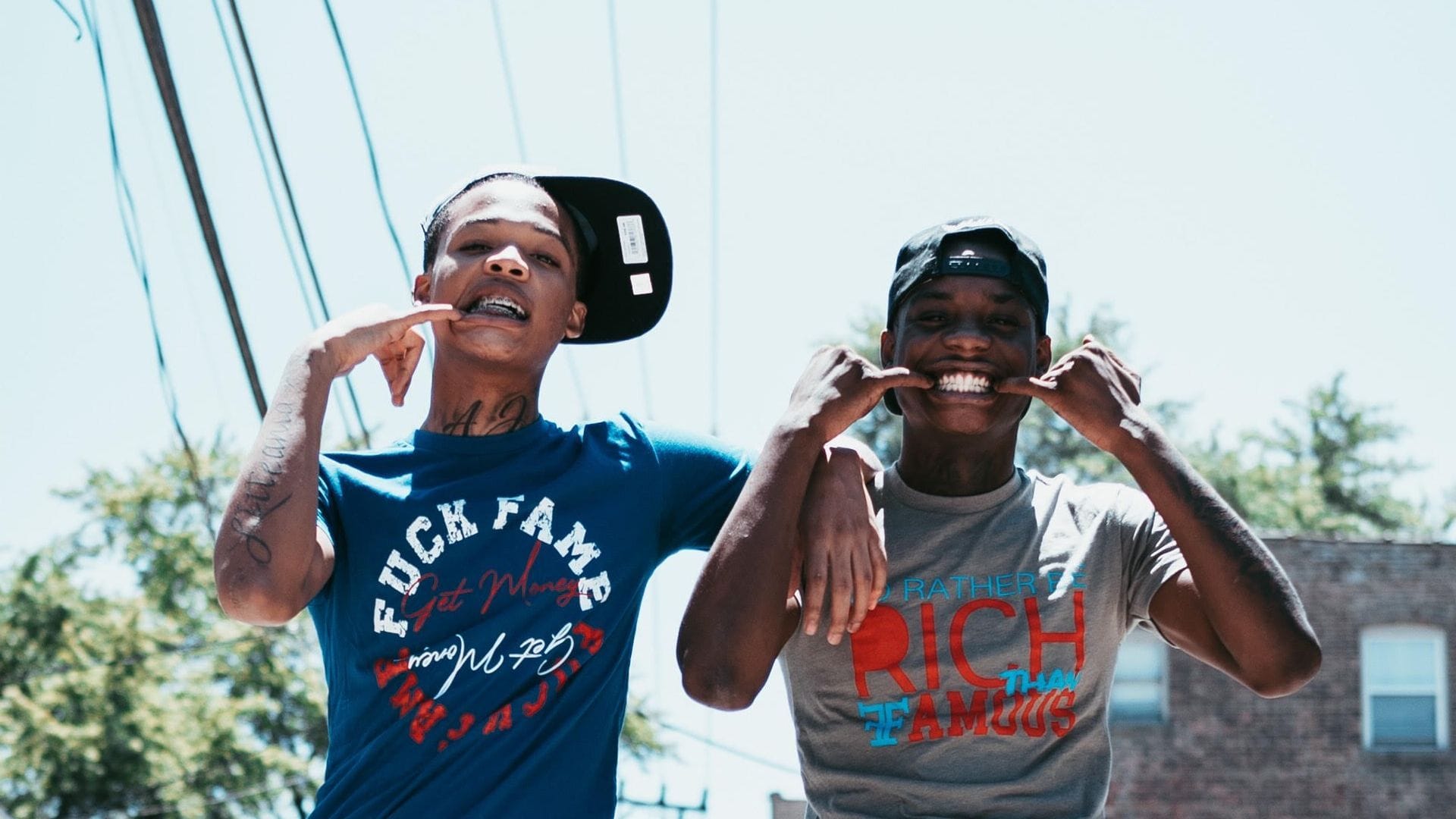 West Side Chicago rappers DCG Brothers don’t golf. Few teenagers do. So rather than teeing off in the video for their song “MhhMM,” filmed on a picturesque California golf course, Shun, age 17, and Bsavv, 19, and their frequent collaborator Msavv scream at golf balls, flip golf carts, and cartoonishly hump the ground. Their antics are a chaotic counterpoint to the manicured green landscape and their deliberate, syllable-dense verses, reminiscent of Chicago forebears like G Herbo and Lil Durk.

DCG Brothers’ rap career began in earnest a year ago after Msavv urged them and others in their neighborhood to focus on music. Their focus on rap full-time has presented all the usual exciting new problems of fame, but their music hasn’t suffered. They rap about guns, women, and drugs over sparse trap beats with the glee of a playground diss or shady Instagram post.

The energy is undeniable. Shun and Bsavv are fully embracing the rapper lifestyle: shopping for designer clothes in California and foreign cars in Atlanta. The rappers have more singles ready to drop before getting into album mode this winter, including collaborations with Calboy, G Herbo, and Foolio. The day after their latest video, “Not A Diss,” dropped, the DCG Brothers called from Los Angeles to talk about their studio process, developing their melodies, and the frustrating food catered for their video shoots.

Has your writing changed at all now that you’re rapping full-time?

Shun: I ain’t gon’ lie, when we first started rapping we was writers. Then we practiced and developed, our music started changing, and we started freestyling. 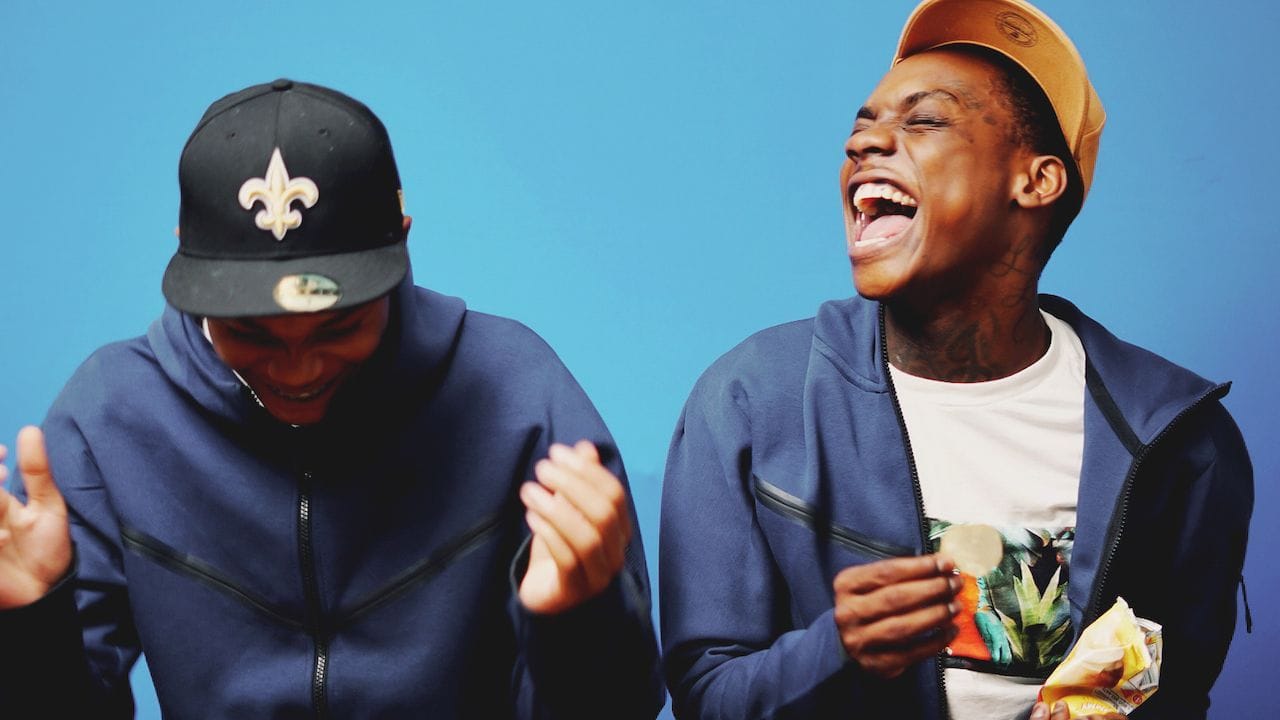 When you’re in the studio and find a beat you like, what is your process like? Does someone work on hooks, and the other does verses?

Bsavv: We just go in the booth together, flame some Cali, and just get crazy.

Shun: Our minds connect, and we start tweaking.

Bsavv: Sometimes, we actually fight to see who goes first. If we like a beat, and we all connect to it fast, we be like, “Aw man, let me hop on it.” Usually, it’s always me.

You write the fastest? Is that the competition?

Bsavv: And they say I’m good on the hooks.

Shun: I look at [Bsavv] as a person that knows how to start songs off. He knows how to get hype at the beginning of the song. I told him that’s his gift! So I be using him.

Does it get competitive when you start working on your verses?

Shun: The hook is what makes my verses go crazy!

Bsavv: We don’t do it like, “I gotta be better than him.” We do it to motivate ourselves. If he goes harder than me, I’m like, “Damn, I love that. You just went crazy. I need that same energy on the next beat.” We all make sure we motivate each other. We don’t let things get in between us.

A lot of your beats are very simple: just drums and your vocals. Are you interested in a more stripped-down sound?

Bsavv: People like turn-up music. Club music that they can just jump around to 24/7. But people also like music they can sit back and chill to. That’s what we make music for. But we also finna switch it around. The ladies like melody, so we been messing with some different things.

So what is your melody game like at this point?

Shun: We’re developing in the melodies. We’re trying to capture our voice. We’re really rap artists, and we don’t mess with melodies. We’re gonna get better at love songs and things like that.

Does it get overwhelming sometimes working with a large crew of people, especially on a video shoot?

Bsavv: It’s just kind of irritating sometimes when it’s a big group and you want everybody to listen but everybody’s got something to do. And let me tell you why there’s no food: because everybody around us eats fruit, vegetarian, all that.

Shun: We don’t eat that.

Shun: I be wanting Chick-fil-A on the spot when I get there. I could say I want Ruth’s Chris; you know what I’m saying? 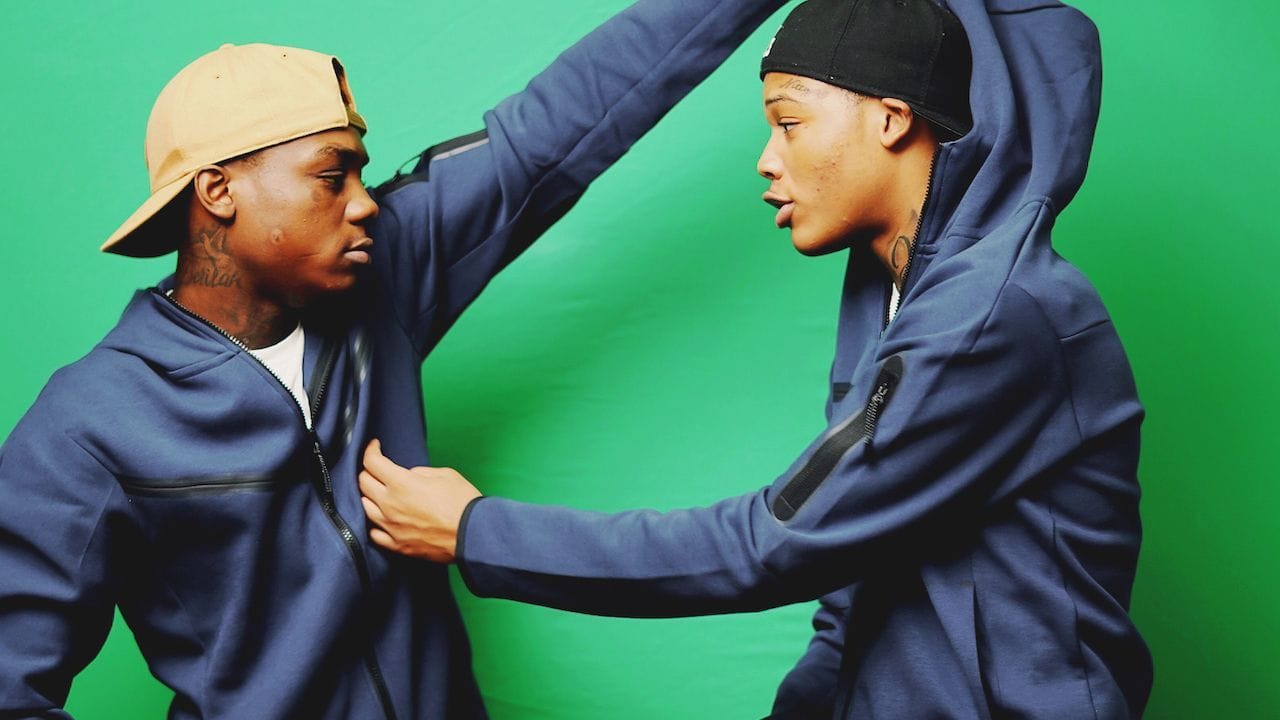 You have talked in the past about feeling like you’re older than you are, having been through what you’ve been through. Do you feel like you’re able to relax and act your age now that you’re rapping full-time?

Shun: I ain’t gon’ lie, the positions that we in now is way better than our old life. Life is getting great. But it’s still more problems.

Bsavv: I feel like every month that goes past, we’re getting bigger, more things are getting accomplished.

What do you do when you’re not working?

Bsavv: We like the finer things in life, so we don’t have time to not work. We want to travel to Brazil, see different cities, fly over pretty oceans.

Shun: Palm trees, that’s what I call peace of mind.

Do you have practices together before performances where you run through songs?

Bsavv: Not really. You know how we practice? When we done listening to the song, we vibe together and just start dancing together, doing anything, jumping on tables, so you know how our performance is gonna be.

Shun: Keep the crowd engaged and turnt up.

Bsavv: Give ‘em what they’re looking for. That’s why it’s called a show. 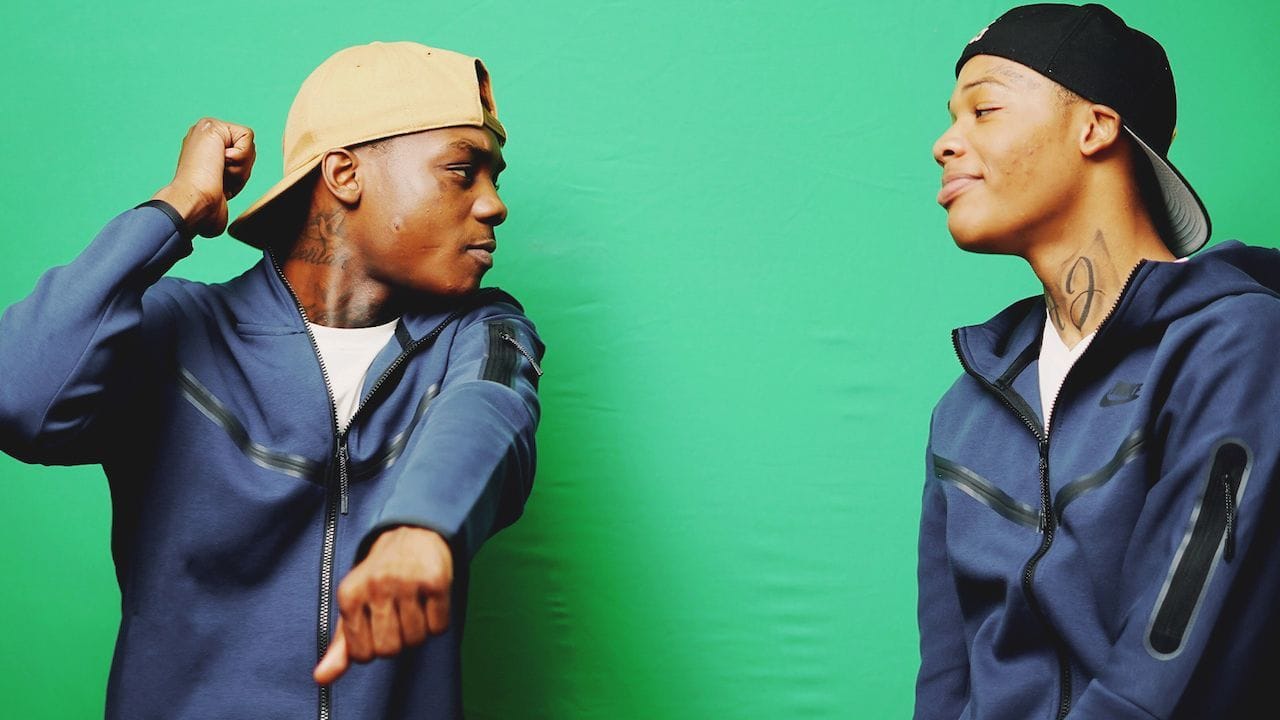 How did you get Shun to start rapping? I know it took some time.

Bsavv: That was a long-ass process. That wasn’t jail time; that was fed time. I was rapping for a minute, since I was nine for real. This man never used to rap. I used to try to get him into the studio to rap and he’d be like, “Brr.” Ever since then, he made me happy. No cap, I don’t know where it came from, I promise you. I thought he was gonna be weak sauce. I thought he was gonna be a mumble rapper! But he did it.

Are you working on any solo stuff now, or just focusing on the group?

Bsavv: We’re working together for the time being, but when it’s time to retire, we’ll drop an album apiece by ourselves.

Bsavv: We’re going to be in the music industry for a minute, maybe 15, 20 years, probably more. But they gon’ get that last album, get the touch of us by ourselves, and they gonna love that.