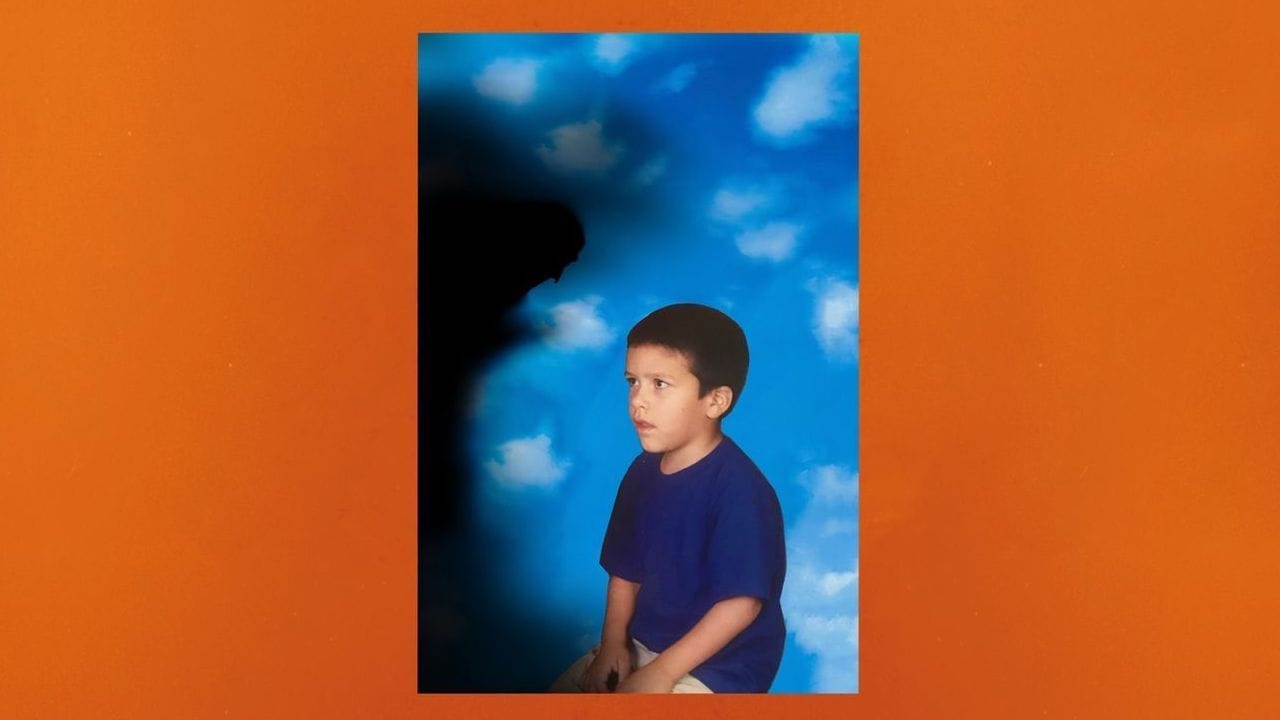 The first few seconds of David Wolves’ debut album, Violent, are haunting. The instrumental opener, “Eden,” invites us deep into the woods of the Colombia-born artist’s psyche. The drama and menace of “Eden” putters away into a single tapping key, which gives way to “Reality” and David Wolves’ impressive baritone. His vocal texture commands attention, and as he declares this album is dedicated to everyone struggling to immigrate to the US, it’s obvious Violent is going to be an affecting listen.

Based in Orlando, Florida, David Wolves’ steady raps and throaty deliveries sound like they’re rushing out of him. Each song on Violent boasts an overstated urgency from the 24-year-old artist. This is a must-hear album, not only because Wolves’ flows are immaculate, but because his story is quintessential to the American canon. “A moment of silence for those that’s dying” closes out the proper intro of Violent. Prescient doesn’t even begin to describe this album.

Once I shut off my recorder, David begins to tell me the importance of feeling in music. He’s worried we’ve lost the importance of message and emotion. He wants to stand for something; he wants to make sure people feel something. Whether you love or hate him, as long as you react, David Wolves will be happy.

When I was in Colombia, the first memories I had was cleaning the house on Saturdays and my mom would put on music.

The first real, potent music moment was when we came to the US. My dad had a white pickup truck, and we’d listen to local hip-hop stations, playing all the early 2000s stuff: Lil Wayne, 50 [Cent], Kanye [West]. That’s what I remember, hearing those beats that made me feel like, “Oh, shit! Music is crazy.”You were born in Colombia and immigrated to the US at a young age. How did that impact your relationship to music?

It gives me way more of a duty to do something. There has to be real change, real fight within the music. Immigrating from Colombia, the way I did, that allowed more of a fighting spirit in me. Being an immigrant, I had absolutely nothing. Even my being in this country, I wasn’t born here, so it feels like I’m in strange territory. I have to go 10 times harder, make sure the people are touched, and the music is excellent. 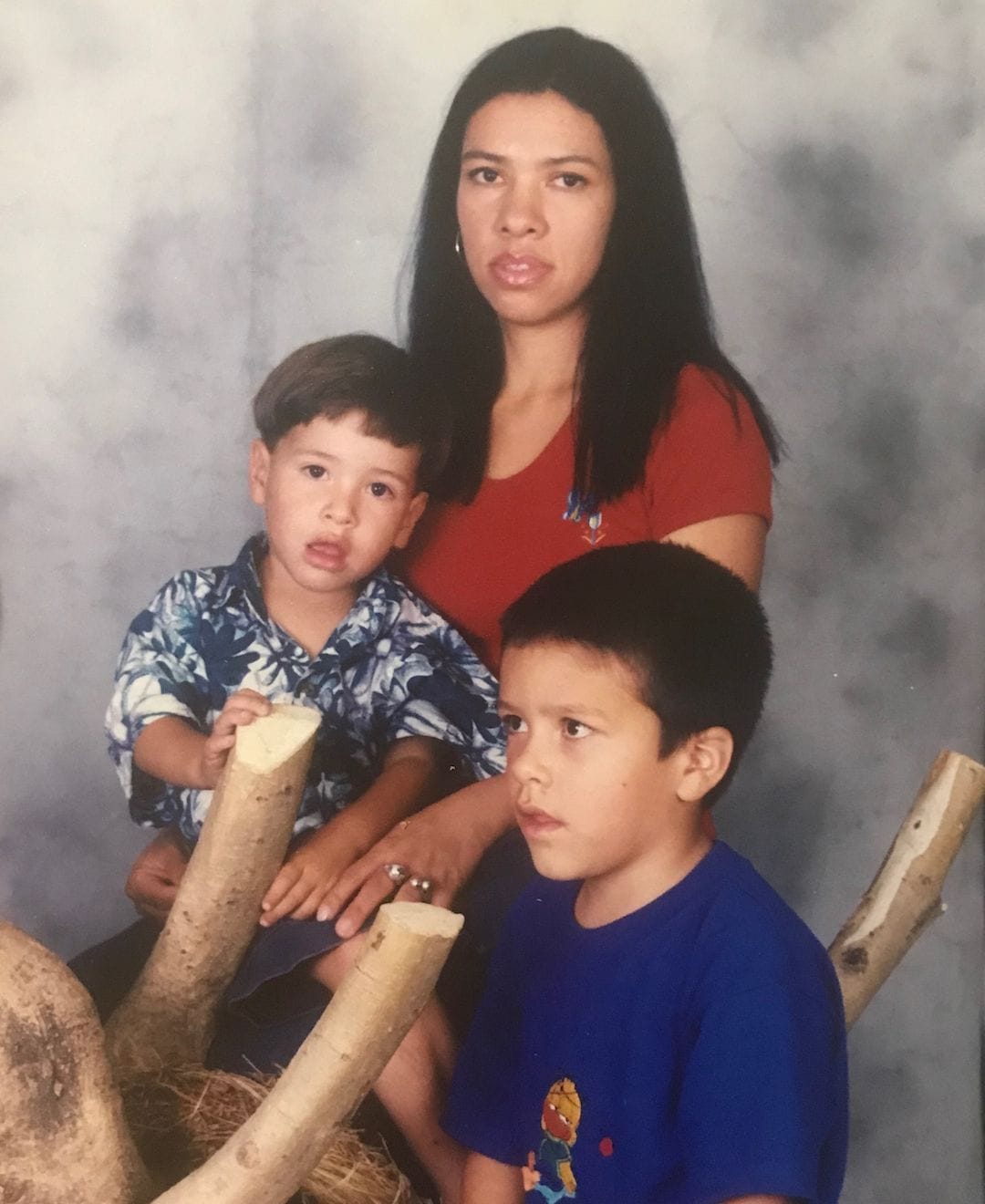 So, how did you immigrate?

I came to the US when I was seven. If you look at Colombia on a map, it’s at the top of South America, but you have to go through all of Central America to get to the US. We took a flight to Panama, and it was my mom, me, and my [little] brother. My dad came two years prior. We met a coyote in Panama, and then we went through all of Central America, walking, taking buses, boats, and through the guidance of the coyotes, we came to Mexico and then the US.

Was that fight what drove you to make your own music?

I’ve always loved music—everyone says that. Ever since we were in the car listening to certain songs, I felt like I had music inside of me. It wasn’t until I started playing guitar at 13… Once I started having fun with it, music-love grew. I realized it was something I could do and touch people with.

Yeah! I taught myself how to play guitar first. I’m one of those people that’s always learning. I always have to be doing something. I learned guitar at 13, then forced my dad to buy me a little piano. I started learning other instruments, but I taught myself everything.

Can you walk me through the timeline of your debut album, Violent? Your team said it was “years in the making.”

I started making music—producing and recording—when I was 19, so five years ago. I got into production because I had a friend, Josh December, who worked on the project, and he produced at the time. I started getting an affinity for [production].

Two years later, I started cracking down on my own music and artistry, as far as actually being a rapper and making my own beats. It wasn’t until three years ago I fully decided to be an artist, to go off of projects and not singles. I started making Violent. It was at least three or four iterations before we came to the final project.

Did you ever want to give up?

My dad is a perfectionist type of guy. He always instilled in me doing something all the way. I’m more of a do-or-die type of person. When it came to making this project… There [were] challenges, because I’m a particular person. “Damn, mix number 30 isn’t good enough!” But for me, I’m gonna keep going and working until I get to the place where I wanna be.

Was it exhausting to make Violent? It’s such an emotionally bare album.

When it comes to music, if I just represent who I am, naturally it’s gonna have those emotions and make people feel something. Making music, the tough part about it isn’t the emotional drain. It’s the logistics of sitting down for 20 hours, just working on lyrics. That’s more tough than the emotional toll of making a song. I’ll have an idea for a song like “Sirens” and we’ll do that for a night, and then actually making the full song will happen over weeks.

There’s triumph in Violent. I think of you howling you can do anything on “Sirens.” How do you balance the pain with overcoming?

It’s equal portions. As a person, we all have this duty to ourselves. We have this will to fight and overcome as humans. Some people let one side overtake. I’ll feel the pain of losing my cousin, or of feeling like I should have more, but when you get that feeling, you bask in that and then realize you have a human spirit to fight. I have to say, “Fuck all that, I’m gonna be the greatest. I’m gonna change everything in my life.”

That’s the most important part of your story so far? The thing you’re most proud of.

The music. The art. The product. A lot of things are important and interesting—my story of coming to the US, being able to produce—but those things are vessels. I’m creating something that’s gonna live on forever. It’s about truth and growth. No one will ever change what I have to say.

Photos provided by NO MATTER.