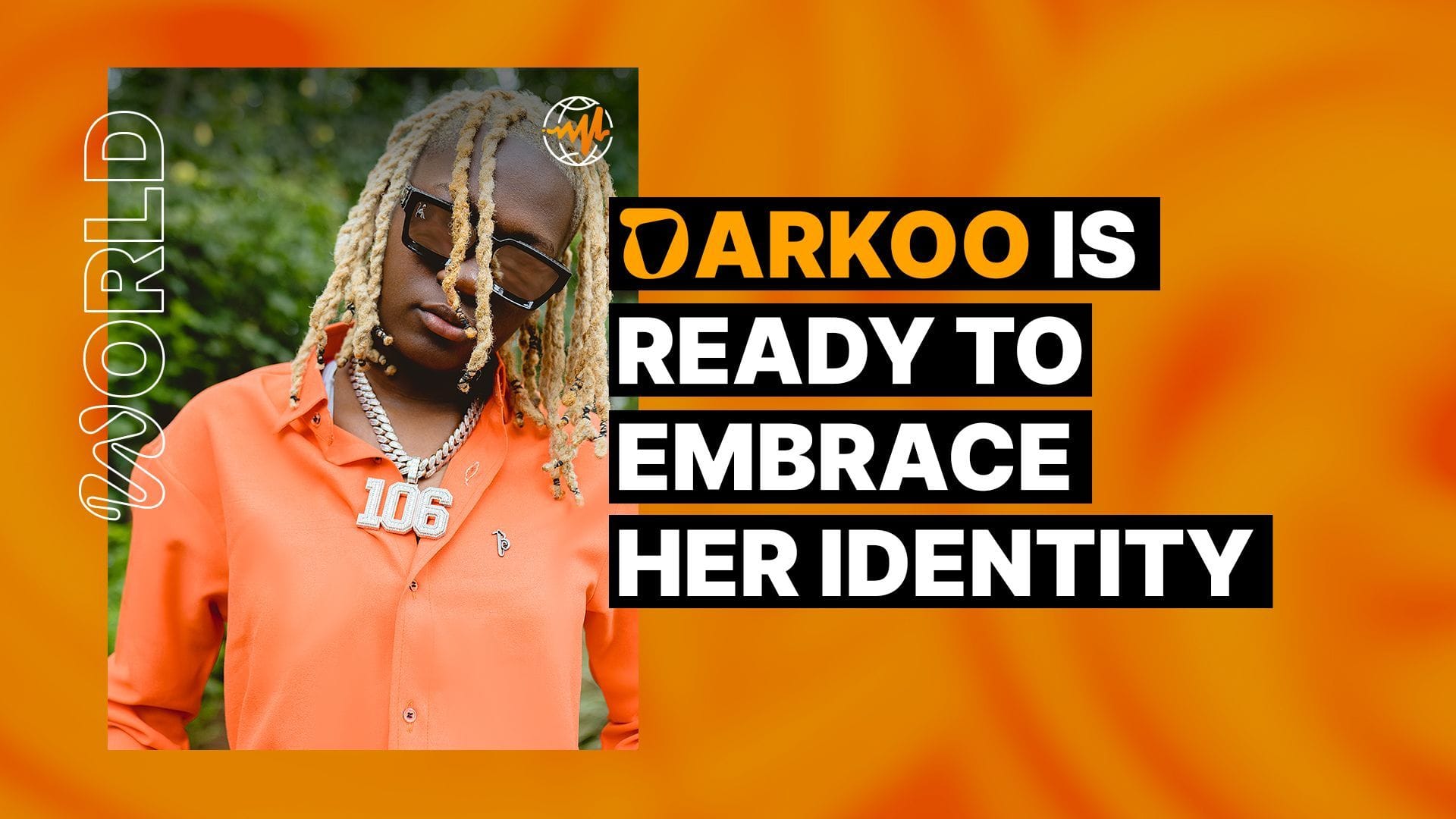 Born in Lagos, Nigeria, the Yoruba-derived Darkoo stands in a long lineage of African artists. Her music nods to Wizkid, Tiwa Savage, D’Banj, and Naira Marley, artists who helped nudge the various Afro-deriving genres (as well as Highlife) into the Western purview. Now based in South London, she has a firm command of both the British and Nigerian eye, breaking through in 2019 with her single “Gangsta”—where she debuted an embrace of both femininity and masculinity—and recently featuring on a remix to Tion Wayne and Russ Millions’ “Body,” the biggest UK drill song of all time.

In 2021, Darkoo is enamored with the concept of home, returning and recording her yet-to-be-titled debut album on the African continent. “When I went to Ghana, I got a lot of really, really good songs done there,” the rapper beams. “That’s why I wanna go back to [Nigeria] and do some more stuff there because the vibes are just different.”

Released on July 16, Darkoo’s debut EP 2 In 1 embraces the Afro-fusion sound pioneered by the likes of Burna Boy on the African continent. She interpolates Maleek Berry and Wizkid’s “The Matter” on the project’s inaugural track “Oti Berry” as a gesture of lineage. Juxtaposed with her native offerings is a textured addition of both R&B and drill, determined to challenge her direction and infuse all of her global influences into wider “Afro”-comprising sonics. 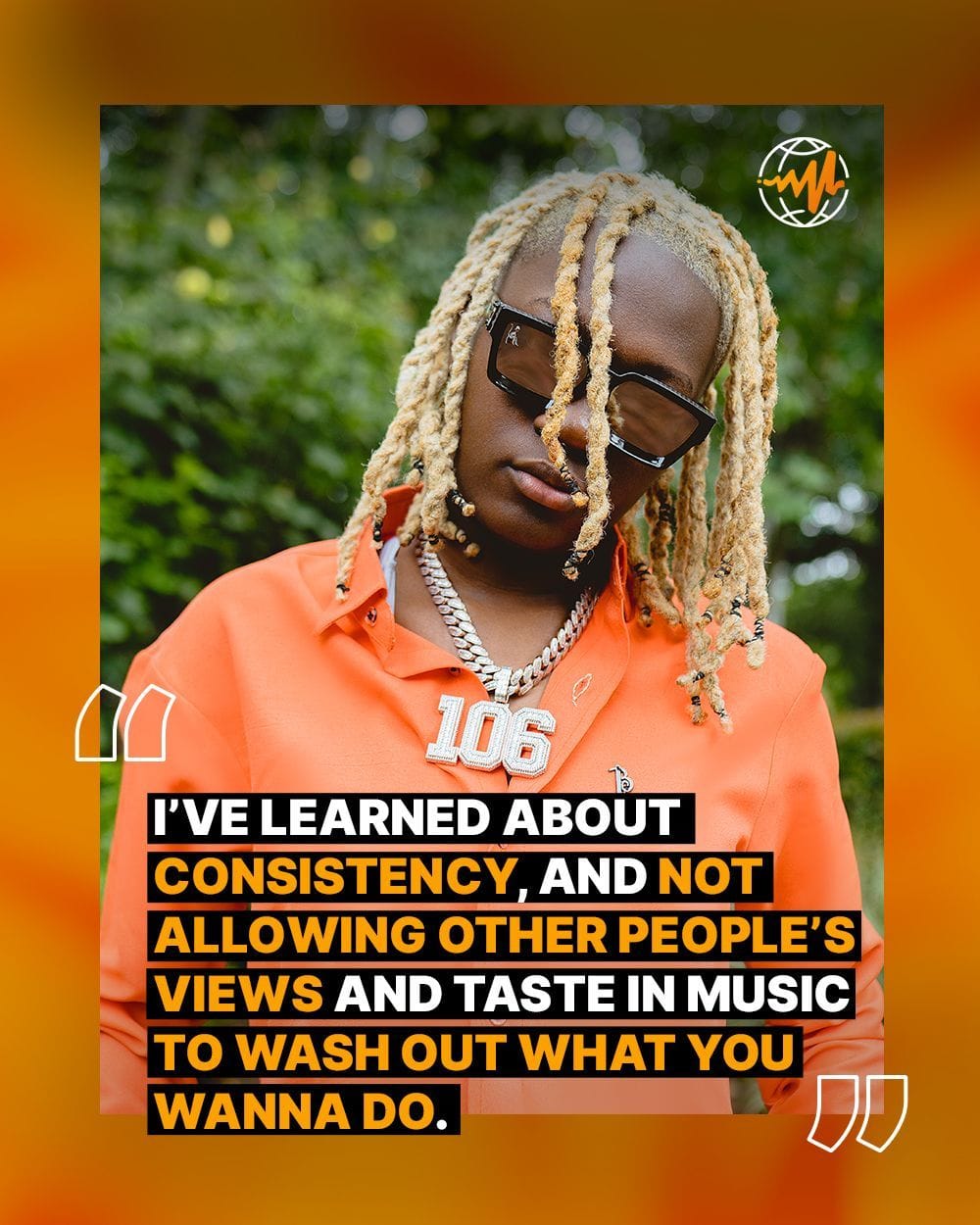 “When I first came to the UK, [Justin Bieber’s] ‘Baby’ was one of my favorite songs,” she tells Audiomack. “I love R&B and Kehlani, Chris Brown, Usher. It’s only natural that some of my music would include that music also.” Still, Darkoo is even hungrier now to push herself further as she cultivates 2 In 1’s successor: “This album will be the new Darkoo, a new sound. I’m ready to mature in my look and in my way of thinking. I ain’t a child no more.”

You went back to Nigeria in 2019 and Ghana in 2021. What was the driving force behind returning to the continent both times, particularly Ghana, where you began recording?

In 2019, I went just to go back home. I hadn’t been back to Nigeria in so long and felt like I had to go back. When I went to Ghana in February, I was only meant to stay for a week, but when I got out there, I got inspired and made myself stay for a month. I have massive intentions to go back to Nigeria and make connections because I feel like truly I make “Afro” music. It makes more sense to be where the music is coming from, you know? 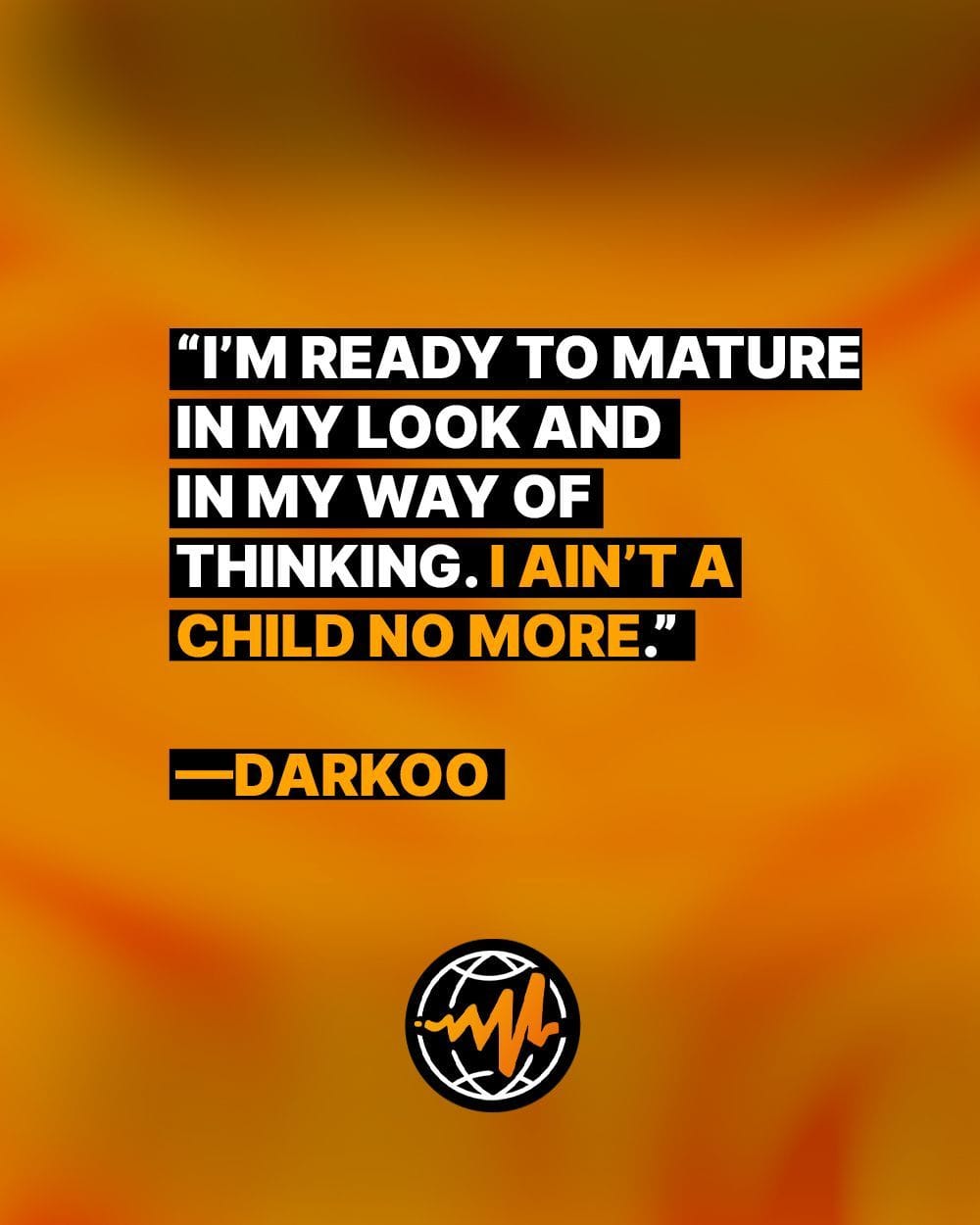 Who were some of those pivotal figures that helped you feel confident in extending your trip to Ghana?

Smallgod. I got to make some crazy songs while I was out there. There’s one record, one of my favorite songs with Killbeatz. I remember there was the beat, and I was saying “nah, nah, nah” at first, because it wasn’t like the stuff I was used to making. Smallgod sat me down and told me to talk about something real, something deep. I did it, and after, it felt like a vibe. It’s definitely going to be the intro to my album.

For me, I need that person to say, “With this beat, do this; write about something deeper,” because I sometimes keep things surface-level. This was one of the first times where I spoke about something deeper, something real. The way the song sounds and the sounds I’m working with feels so spiritual and magical now. That’s the only way I can describe everything.

On 2 In 1, you named the title track “Oti Bere,” translating in English to “The Beginning.” What exactly were you referencing with the track name?

It meant the beginning of my evolution. I’m turning 20 this month, and I just feel like I have to change, and I need to evolve my look, my sound. Everything about Darkoo has to evolve. I’m an adult now. I’m trying to do the things that no one expects me to do. I want it to be as raw and organic as possible and show people what it’s like to be an African artist.

You’re able to play with your pitch as well as tone when singing and rapping. How have you developed your delivery over the years?

Even with my voice, I still feel like I’m working it out. I’m putting in the work to experiment, refine, practice. I want to perfect that as I finish up my album.

It seems like you’re pushing yourself further than ever before—recording in different regions globally, playing with your vocals, incorporating vulnerability. What have you learned so far that has made you a better artist?

I’ve learned about consistency and not allowing other people’s views and taste in music to wash out what you wanna do or where you want to be. It’s easy for labels to tell you what they want to hear, but you know deep down what you want to make. I’m in a place now where I’m making the music I want to make and for my fans and things that resonate with me.

Across the EP, there’s an eclectic mix of genres. In particular, we see drill on “Come Up.” Did your appearance on Tion Wayne’s remix to “Body” inspire this?

Definitely. I didn’t have the confidence to do drill. I didn’t look at drill as something I could do; I liked listening to it, though. When I did “Body,” and the feedback was good, I knew I could do it. I linked up with Unknown T and did this song, too, and it just happened. I’ve been in the studio recently doing a lot of drill. As for my album, I don’t know if it will go on there, but I might drop a drill single.