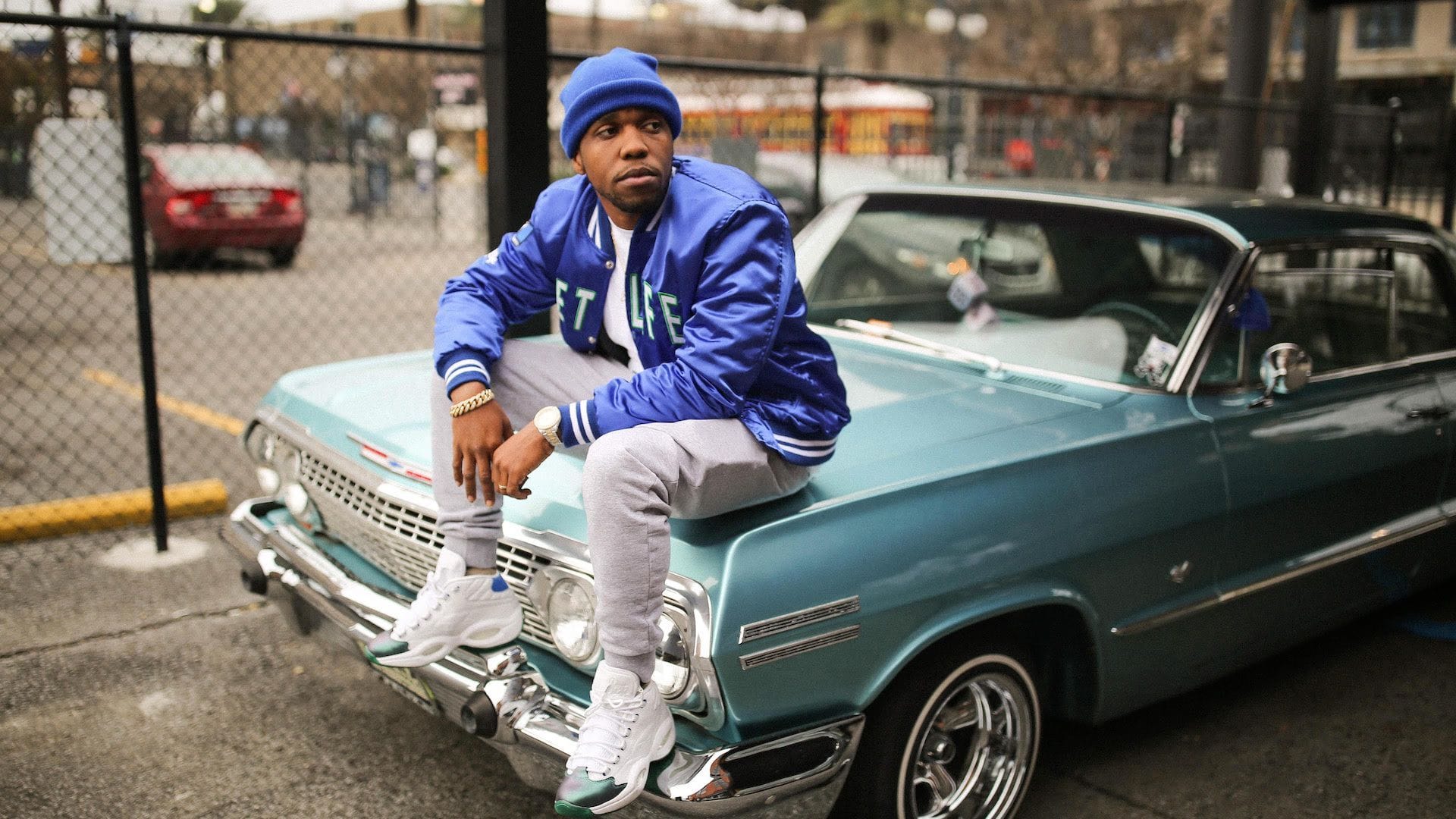 Veteran New Orleans spitter Curren$y embodies consistency. Since his original signing in 2002 and formal debut in 2009, the now 39-year-old rapper has been a hip-hop mainstay, delivering incredible lifestyle raps over 80-plus projects filled with weed haze and opulence. His latest effort, The OutRunners, a collaborative project with the venerable Harry Fraud that features Wiz Khalifa, Rick Ross and more, finds Curren$y in a particularly special bag.

“I was ready to work with [Harry Fraud] again. It was overdue,” Curren$y tells me over the phone, driving to a video shoot. “People always say there’s something about the production he does that makes me rap a certain way. It’s like a movie score. It’s kinda easy for me, because he’s doing damn near more than half the work. The way he layin’ the beat is pretty much telling me what to say.”

Made in one day, but mixed for a touch longer by Harry Fraud himself, The OutRunners sounds like the score to an exclusive smoker’s club where brown liquor flows and the cars parked in the garage are worth more than any average person can fathom.

“Yes, way,” Spitta says when I react in disbelief to the project’s timeline. “We did it in a day, and the next few days was Harry going through the mixing and shit. He’s real into that. I’d put the shit out the day I recorded it without mixing it down and shit, but I know there’s a certain finish that belongs on music.”

This “certain finish” makes The OutRunners Curren$y’s best project in recent years—not bad for one of the most consistent rappers in hip-hop, ever. In the midst of the artist’s trek to film a music video, I speak with him about his longevity in the game, growing and advancing with fans, and his legacy.

Why do you think your sound and style has been cemented as so classic?

Shit, I pride myself on—and what I built my whole legacy on—is not falling into the bag of talking about shit you not into. It’s become more of a motivational thing for people that listen to me, because they know if I said something, I can show them that I have it. But they definitely was riding with me when I didn’t have it. It shows that hard work pays off. I’ll always be able to put music out about my life because that’s what I’m talking about. Motherfuckers run into writer’s block because they talking about shit they don’t really do.

People fuck with you because it’s all real.

That’s the best way to do it! The people who I gravitated to… I was more inclined to listen to reality rap from the standpoint of, as long as I believed it, I listened to it. If I believed you, then I’d listen to your music.

When N.W.A and all that was cracking in the late ‘80s, everybody jumped in that wave, but you could tell when it was just somebody trying to get a record deal. I wasn’t into that—I was into what I could believe. That’s been what I wanted to bring to the game and give to people who wanna take a page out of my book. Stay true to the way you live and that way you’ll always be able to make more music. 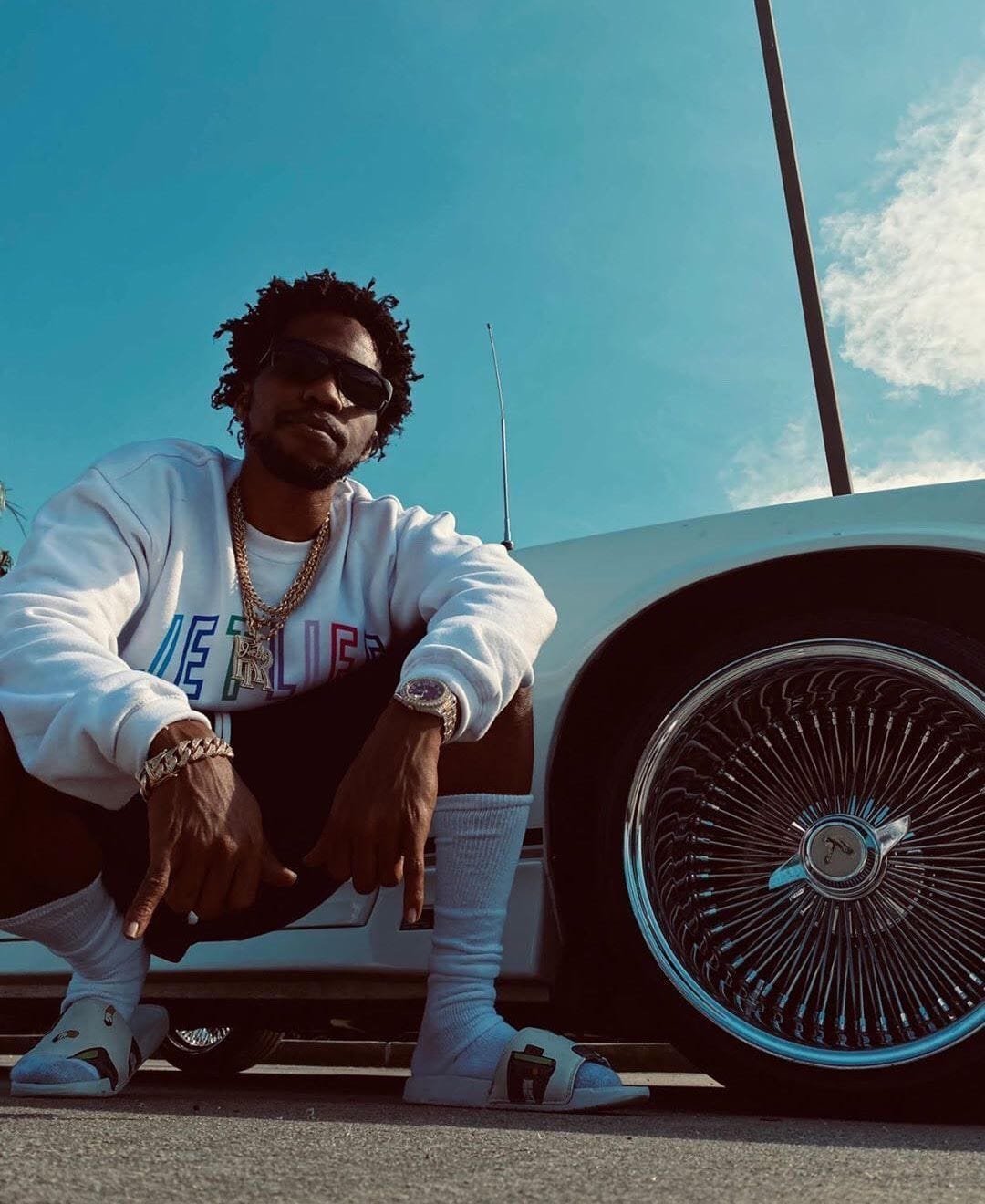 How have you stayed inspired for nearly two decades?

Working with my friends. I felt like me and Harry Fraud was overdue, and that shit made me feel like I had just got in again. When we first did Cigarette Boats, that was in the middle of our first press run for Stoned Immaculate. That was a time in my life and I remember attacking the project a certain way. We did that whole project in a day, too.

Do you have any longstanding studio rituals that help you stay that creative?

I’m careful about who’s in the session when I’m working. You don’t want people bringing whatever’s going on with them into the spot. Mo’fuckers get into it with they girl or your homegirl has issues with [her] boyfriend or some shit, and they try to come to the studio and kick it. You gotta get the fuck out of here, because that’s not what I’m on. As long as you got the right people in [the studio], you won’t wanna leave. Then it’s nothing to bang [a project] out in a day.

As far as rituals? Nah, because I didn’t always have access to all these major studios. I come from recording in the shower. The mic was in the shower, at the bathtub in the homie’s crib, because that was the best spot to make a booth. Either that or in the closet. I don’t have no ritual like, “Oh, it’s gotta be 63 degrees and green M&M’S.” I don’t care. I really came here to do my art.

How do you make sure you don’t burn out?

It’s about my life story, so it’s not that tough. I don’t go [to the studio] every day, because I know when I do go, I’m liable to do a whole project. It’s just that one day out the week that I go, while some people might go every day and sit there for hours and hours making Instagram videos. And never even end up with a full record! You look at the label invoice and see how much time they spend trying to get shit done.

Why do you think your fans stayed with you as all these different trends in hip-hop came and went?

We all in different stages of our lives, but we all trying to advance and grow. So, we witness the growth in each other. Before shit shut down, I used to go on the road, and you’d recognize some of the same listeners in the cities on tour. You see their lives change. They might introduce you to a girlfriend or boyfriend, and then they might have a baby, and show you baby pictures or wedding pictures. Everybody grows together. And they all know how I feel about my son, so that’s something we all share.

What is the key to consistency?

Sticking to what you actually know, then you never run out of ammunition. The issue comes when you trying to cross lanes and you run into somebody or you get in the way and slowing [that lane] up. Or, you trying to go too fast in a lane where mo'fuckers going slow. You impede your own progress.

You started in the CD era, and now we’re in the streaming era. What’s the biggest thing you’ve had to adapt to?

I haven’t changed my strategy at all. What I’ve done is paid attention to what’s going on and expressed that to some of my peers. Some of them have had trouble with the transition from the blog era to the streaming era. The goal is not to change up to try and compete. You have to maintain.

The same thing I’ve been impressing: Just stick to yours.