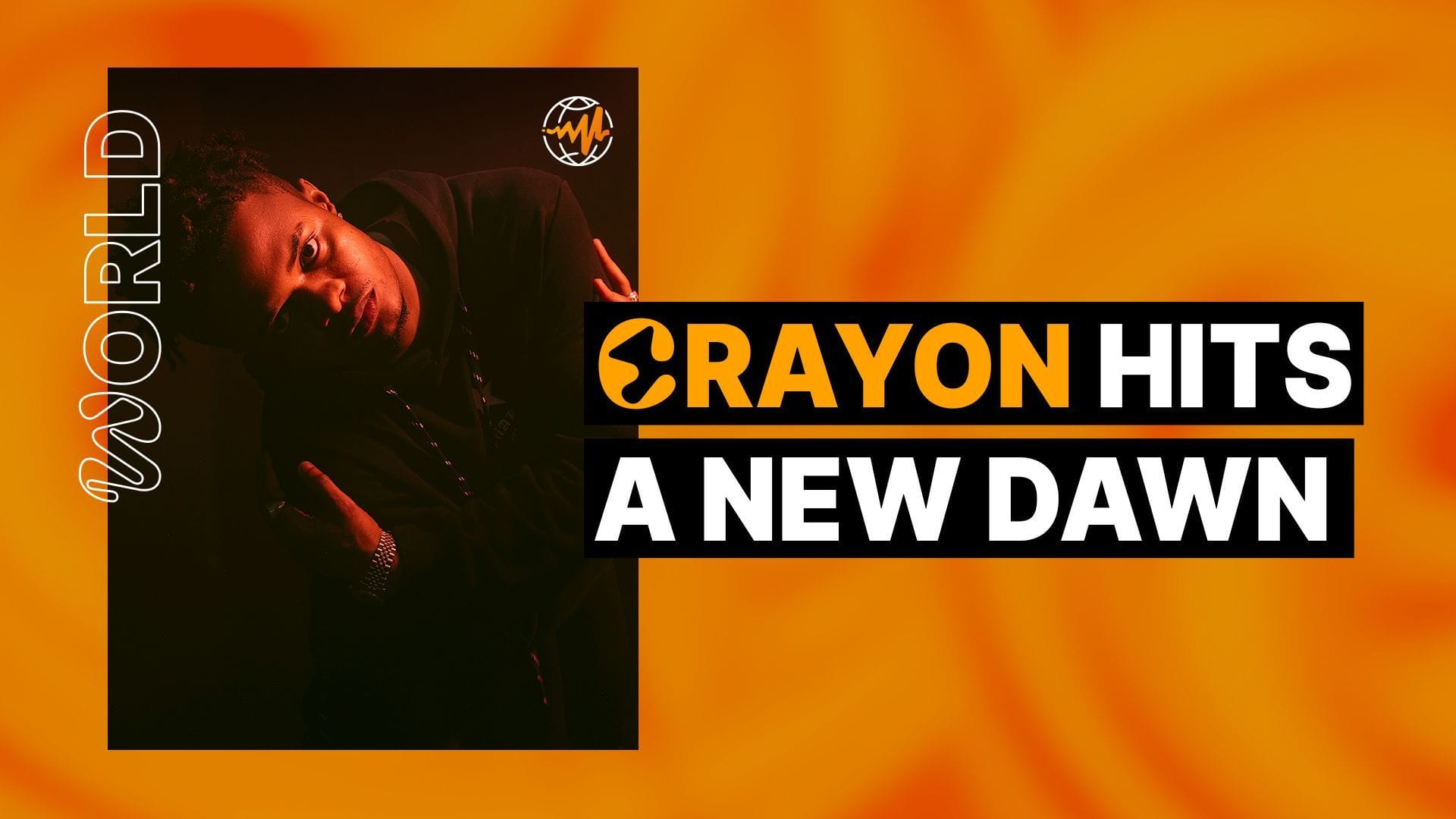 In 2019, Crayon, then a fresh-faced youngster, broke into the Nigerian mainstream with a delightful verse on “All Is In Order,” a momentous posse cut by Mavin Records. The song allowed him to live out his childhood dream of hearing his voice on the radio. When we meet almost two years after the song’s release, the singer’s ambition is shaped by a more urgent need: to touch the lives of others. “I want my music to soundtrack all of the good things and celebrations people enjoy,” he tells me as we sit in a dimly lit studio.

Born Charles Chibueze Chukwu, Crayon grew up in Ojo, a low-income area in Lagos where his father introduced him to American rappers like Drake and Soulja Boy as well as Nigerian pop stars like 2Face and Wizkid. These influences can be heard on his 2019 debut project, Cray Cray, an insouciant six-track EP that placed Crayon on a pedestal in a new generation of Afrobeats pop stars that emerged following the genre’s global acceptance.

Though the COVID-19 pandemic robbed Crayon of momentum, his latest project, a four-track EP titled Twelve A.M and released in March, is an attempt to forge a new path for himself and re-introduce the world to his talent. The music is refined and commemorative, pointing to Crayon’s evolution as an artist. He connects with Rema for a kaleidoscopic Afro-fusion anthem on “Too Correct” and dovetails with Bella Shmurda on “Jackpot,” a classy grass-to-grace anthem that finds both singers celebrating their new stations in life.

“I’m making a new beginning in my career, experiencing new things,” Crayon says, “and I wanted to share those experiences with my fans.” 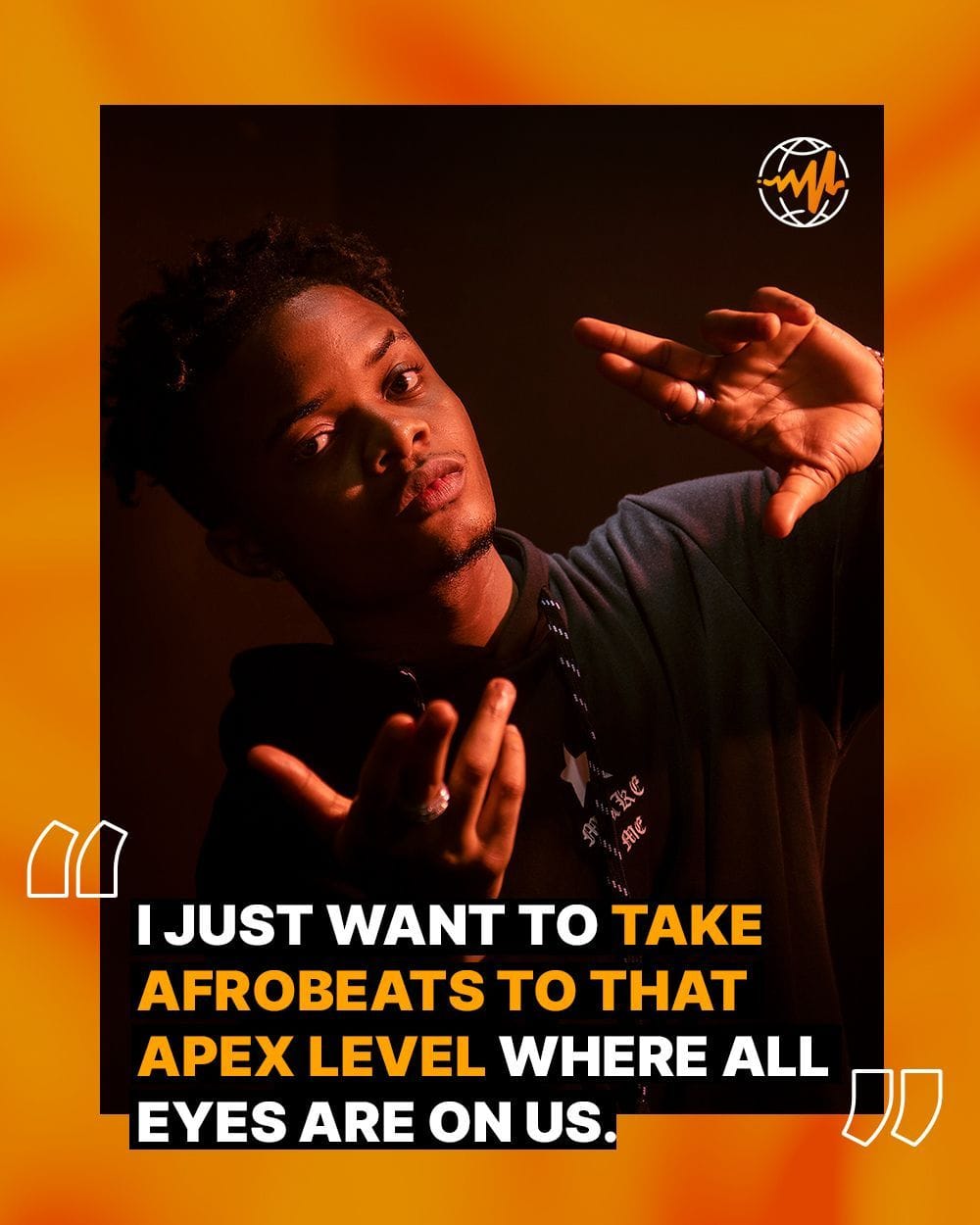 It’s been two years since you joined Mavin Records. How’s the experience been, and how’s life generally?

It’s been a ride. It’s been a blessing and a lesson. I’ve been involved in mad projects. I’ve grown as a musician and as a person. A lot has happened for me, and I’ve just kept improving but, overall, it’s been a great experience that has changed my life.

At the same time, there are expectations of me, but it doesn’t create pressure because the only pressure I face comes from myself—things I want to accomplish. Life is great, too. I’m just focusing on the music and elevating myself.

For me, the biggest one is seeing an Afrobeats song at the top of the Billboard Hot 100, and I believe it is possible and that I can do it. I just want to take Afrobeats to that apex level where all eyes are on us. Obviously, all respect to Burna Boy for his GRAMMY win; I believe it will open more doors for the new generation of artists.

Speaking of Burna Boy, along with Wizkid, and Davido, was that the generation of artists you grew up listening to?

My dad used to sell CDs, so we had a lot of music in our house. Every album was in that house, and it’s still the same today. I always had music around me: 2Face, Drake, then Wizkid, Burna, and Davido. I listened to everybody making good music in Nigeria and internationally because there was just that wide range of sounds around.

What’s something you feel people still don’t get about Crayon?

A lot of people think I come from privilege because I’m light-skinned. They think I just appeared overnight, but there were a lot of struggles that happened for me to be where I am today. I went to almost all the radio stations in Lagos to drop off my songs before I even started. In 2016, I used to call Ozedikus, and he’d just encourage me to keep at it. I feel like a lot of people don’t know that part of the story. I don’t know if it’s a good thing or a bad thing, but that’s my story.

When you were making the new project, what was the message you wanted your audience to take away from it?

It’s called 12 A.M, and 12 A.M just stands for a new dawn. I’m making a new beginning in my career, experiencing new things, and I wanted to share those experiences with my fans. My fans have been reaching out to me for new music, and I just wanted to take them on a new journey. That’s the essence of this project, a new start, and it’s dedicated to everyone that’s been with me from the start.

Is it frustrating for you to have to wait to put music out as an artist?

It actually works for me because I like to take my time to make the best music possible. I’m trying to build a legacy, and I just try to work on the song as much as possible. I owe the world putting out my best music, so I make sure to not compromise on that and take my time with it as much as I can.

“Jackpot,” with Bella Shmurda, is a fitting tribute to your hustles and where you’re from. What’s it like being two young men at the top of your profession?

It’s satisfying. It’s something I’m grateful for and don’t take for granted because growing up in Ojo was a struggle. Obviously, the country doesn’t make it easy for anybody trying to chase their dreams, but Ojo was especially tough. There were area boys everywhere, real bad guys, and things I don’t even want to go into, but I thank God I was able to come out of there and make something of my life. I’m happy for Bella too. He’s such a great guy.

There’s an ongoing conversation on paying more attention to mental health. Is that something you’re deliberate about?

It’s so important to me because I move based on how I feel, so I try to make the energy around me right. I try to ensure I’m my best possible self, and it just starts from filtering the things I consume and what I watch. There’s a lot more to do, but it’s a great start for me.