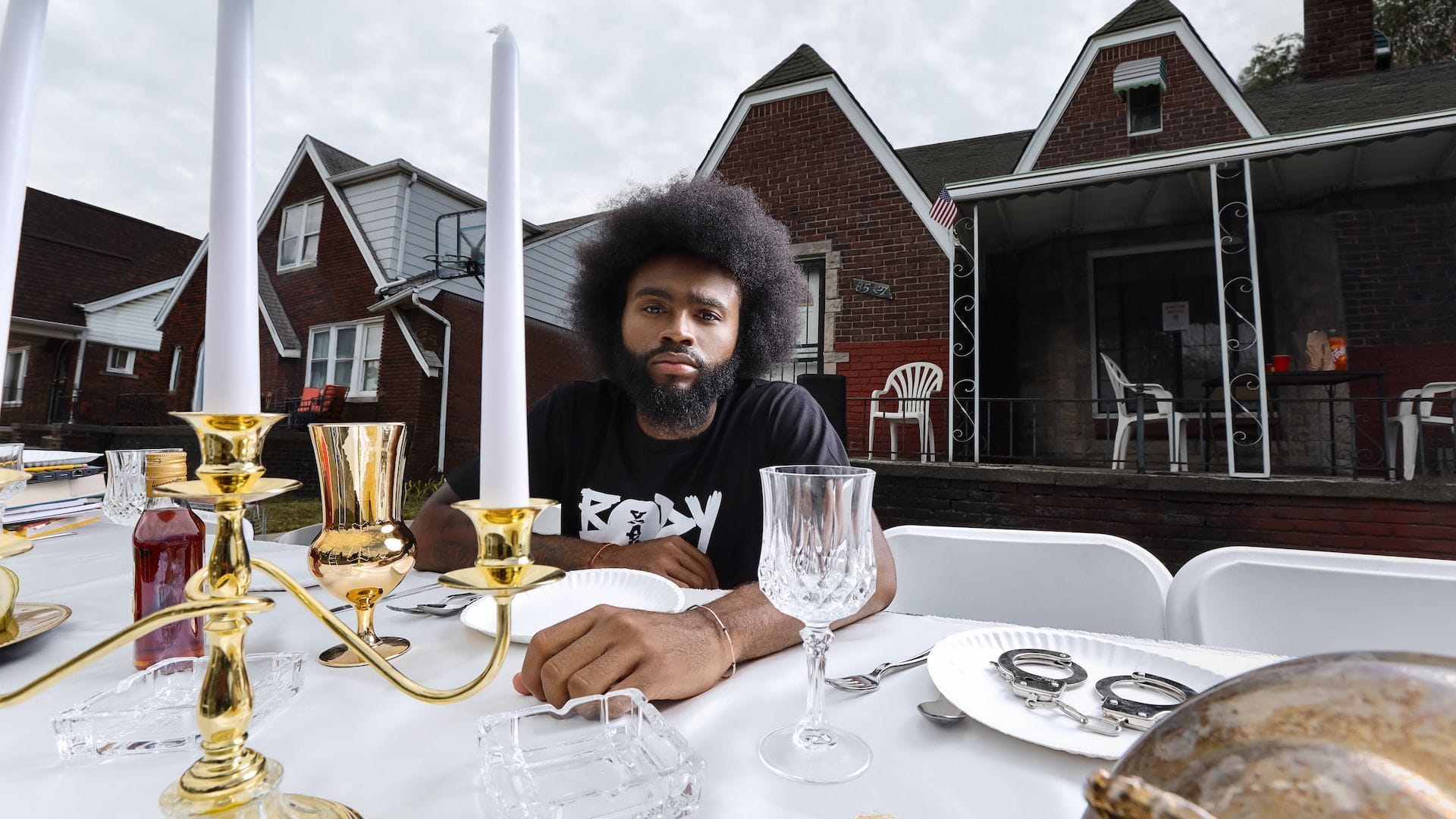 Detroit native Courtney Bell is a community hero. The rapper, when not making hounding tunes, is constantly giving back. Be it a community clean up, plowing neighbors’ snow, or delivering clean water to Flint, MI residents, we could all stand to be a bit more like Courtney. Inspired to write poetry for the girls in his high school class, Courtney has come a long way with his debut full-length release with Sony, Poverty Stricken. Drawing influence from the venerable Big L with his punchlines and immaculate storytelling, and Tupac in damn near all ways, Courtney Bell’s debut delivers the soul missing from 2020.

A spiritual turn brought Courtney Bell back to music when, in 2015, he left behind younger years in gang culture and Michigan State University to return to his family home. In 2017, tragically, Courtney lost his uncle and mentor, who he credits as the reason he makes music. In 2018, Courtney Bell found his purpose fully in music, and we hear it all over the inspirational moments of Poverty Stricken. His candor is more than admirable, it’s necessary to bring the next generation of artists, and Courtney’s fans, closer to themselves and their centers.

Poverty Stricken is one of those rare debuts that really feels like an album crafted across a lifetime. Just like the old days. Far from a cash grab, the record is a genuine portrait of Courtney Bell in all his glory, through his ups and downs. It’s honest in all ways. On “Dealer,” Courtney digs into the nitty-gritty of his past with bone-chilling detail. And that’s not even the kingpin song on the album. There is much to admire about Courtney Bell, but perhaps the most incredible feat is how real Courtney appears on and off wax. 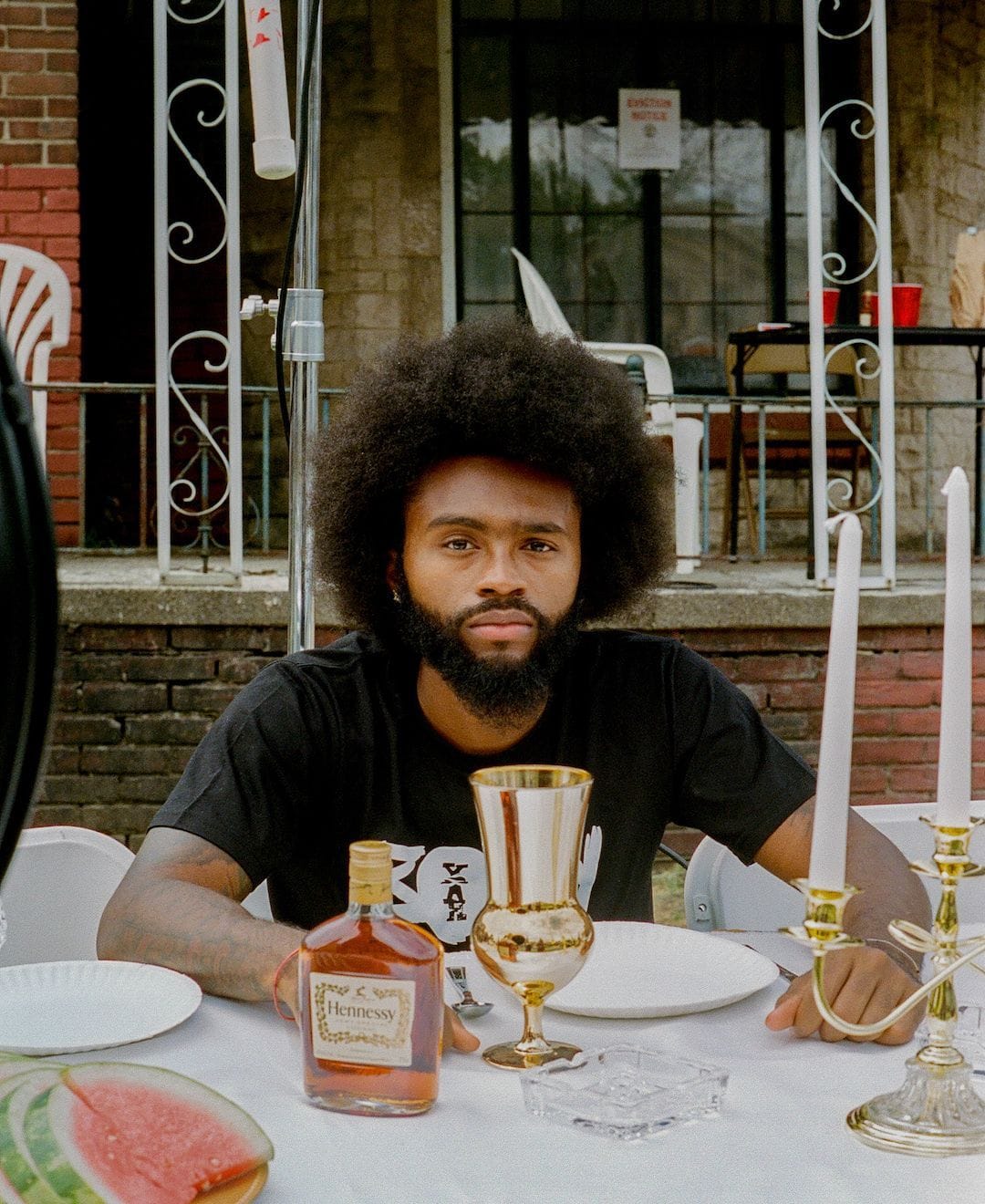 How did you find your voice in hip-hop?

It came from being a student of the game first. I always had a spirit and a zeal for the creative, and being a lightworker, at the end of the day. Even as a kid, I studied Pac and Big L. And guys from my culture back home in Detroit. Studying the game, we don’t have a person that was enlightened besides Nipsey [Hussle], rest his soul, that was really from the trenches, but elevated from himself to deliver the message that was needed in the culture.

Your latest, Poverty Stricken, is a soulful and honest offering. How hard is it for you to get into the nitty-gritty of your life? Especially on a track like “Dealer.”

At first, it was hard. Being from Detroit, our culture doesn’t really speak on trauma. Everyone’s narratives are the same in a way. Getting into this project, I wanted to tell stories I thought I was gonna take to the grave, for real. Homies that’s locked up; certain things I’ve done. “Dealer,” it was inevitable for me to be a drug dealer, so telling stories like that, I knew this is a story that’s gon’ touch every hood across the world. I’m thankful to have a relatable story, and to show, “My n***a, I’ve been in the same shoes you been in.”

“Dealer” is one of my favorites, because you use your past.

Why do you think that is?

Lyrically, I got in a bag I didn’t get in [before]. It was something about that production that made me tell my truth. Truth doesn’t need an explanation. Truth resonates with everybody’s spirit. That’s one of those records where I didn’t have to go into deep detail. The energy and narrative was true, so it resonated way easier.

In an interview with Gary Suarez, you said: “I hope to accomplish healing more than anything.” How does Poverty Stricken accomplish this mission?

I’m a person that thinks ahead. In order to pull people out of their world, you have to step into it. You have some people who step into those worlds, and they get lost. So, I wanted this project to be the foundation of the beginning of that narrative. I’m a firm believer in doing everything by action. My music is a part of where the healing is gonna come from.

Which song on Poverty Stricken is most important in terms of message?

I’ll say “GB4” and “Letter To The Game.” The reason why I say “GB4” is because that’s a series I’ve done since I started taking music seriously three years ago. Every time I’ve done a “GB” freestyle, it’s where my mind’s at. My intro and my perspective, it painted a picture of what was going on outside, for me.

“Letter To The Game” was real. My letter is getting to this space in life and saying, “Fuck the game, I get the trap it is now.” I don’t want no part to that. I don’t endorse the game no more. If I return again, it’s to pull my homies out. 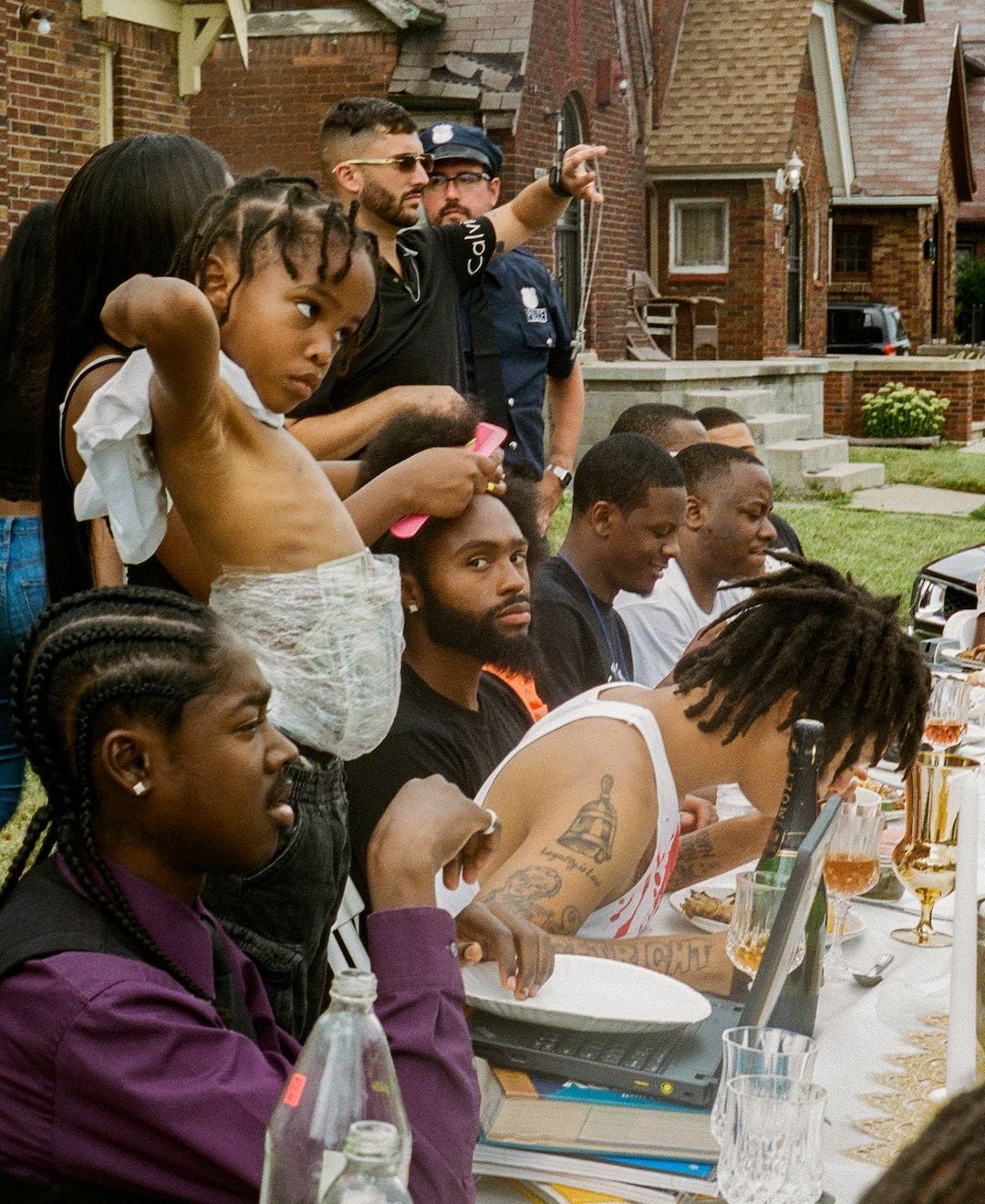 You’re incredibly active in your community. Can you speak to me about some of the ways you’ve been giving back this year?

I’ve done drives for the homeless. Give-backs. This year, we go to Flint, Michigan, once a month and donate tons of water to the neighborhoods where they haven’t laid the piping yet, and the water’s still infected. I’m a day-to-day type of person; the end goal is to heal the community. You do that one person at a time. We can do the big shit, but I feel like longevity is impacting one person at a time.

Do you consider yourself a community activist, or are you just a person doing the right thing?

Nah, I don’t believe in titles. Once you label something, you gotta live by that. I’m just an individual and a lightworker that, by the grace of the Most High, has been sent here to give back. I embody that. The deeper I get into my spiritual journey, the less I’m worried about death, and the more I embrace being a light to the people that’s in the darkness.

Where does your desire to help people come from? Most people are so greedy, you know?

I used to be like that, though! I’ve always had a heart to give, but I could be very selfish, prideful, arrogant, and conceited. I was a gangbanger, drug dealer, everything. Being 18, 19 and having money… I was prideful and self-centered. It took for me to catch a felony case and [lose] everything. I ain’t even have a pair of shoes to my name. During that journey, the Creator humbled me to the point where I surrendered, then the light fully activated. I want to help people just like me and do the work, for real.

Why is it important for artists to use their platform to give back?

I’m a firm believer, if it’s not in your heart to do, then don’t do it. A lot of artists don’t come up with giving back; it just makes them look good. It is important [to give back] because you were once that person that needed help. The best thing you can give back to someone is the game on how to not make the mistakes you’ve made. You can give the water, do all that a million times, but if we not truly affecting our people, what are we doing it for? We wanna pull the people out. But like you said, not everyone has the heart to do that. If it’s not on your heart, then don’t, because it’s fake. Real people see through that.

Photos by The Whlgn Squad.