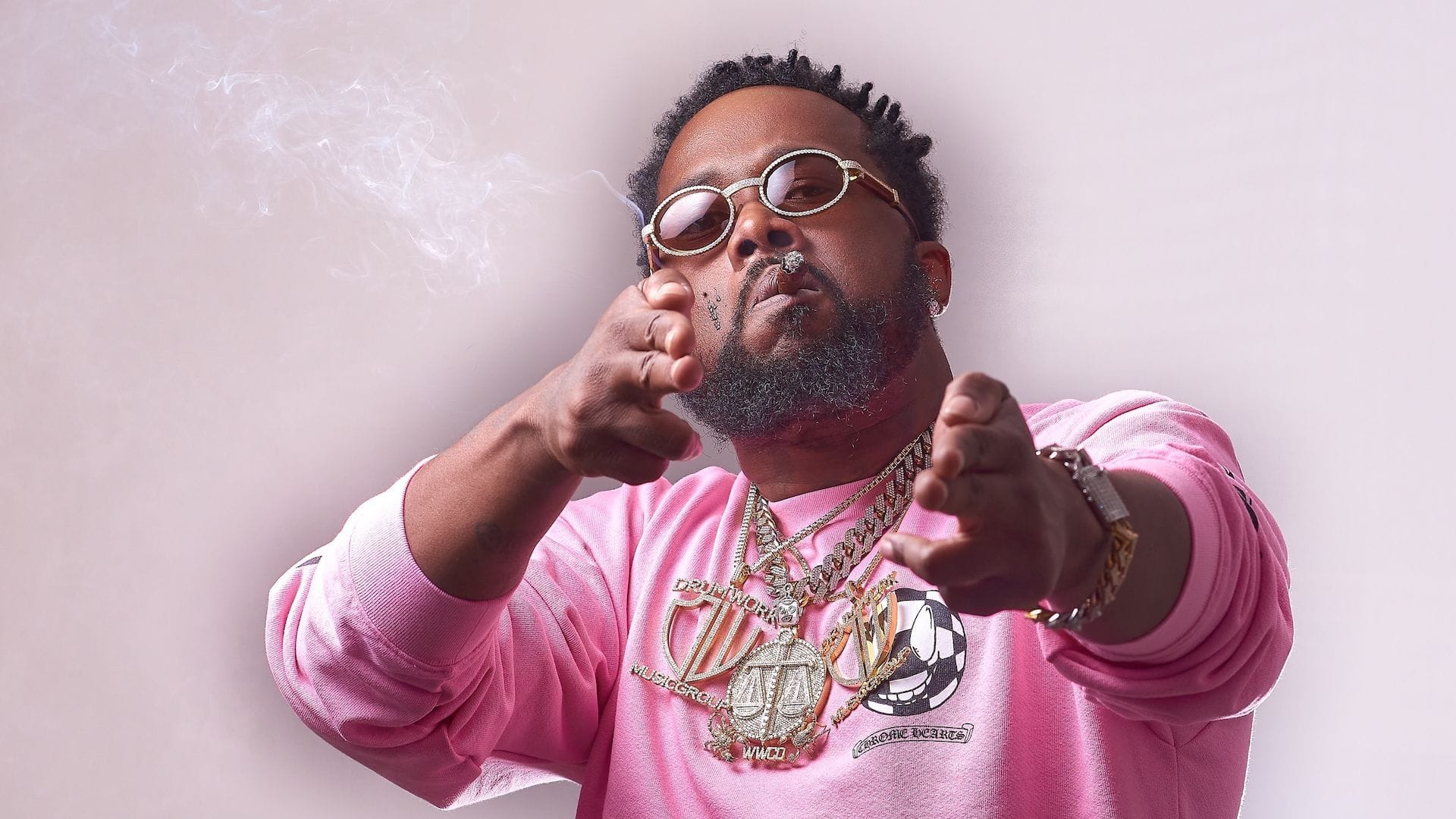 Conway The Machine has evolved. He’s gone from a king to a god, and he wants to make sure everyone with functioning ears and a taste for the finer raps in life knows.

The 38-year-old Buffalo emcee has elevated from being crucial to the glue of Griselda to a formidable solo artist with From King To A GOD, which features nearly an hour of grimy raps and declarations of being the best alive. The legends seem to agree with Conway’s determination, too. FKTG treats us to production from Hit-Boy, Havoc, The Alchemist, Erick Sermon, and more.

“The level of his writing ability, the different emotions he could touch… He’s dangerous,” Alchemist told me during the release of their collaborative LULU project. On FKTG, Conway The Machine ups the danger factor, bringing in Method Man, Freddie Gibbs, and other lyrical stalwarts—including Griselda's Westside Gunn, Benny The Butcher, and Armani Caesar—to make his event album one to remember. “When he’s on 100 percent, I don’t think anybody can stop him,” Al continued.

To open FKTG, Conway The Machine barrels through Daringer production. “From King…” exudes a level of earned confidence Machine sounds thrilled to flaunt. Later, on “Front Lines,” Machine saunters over Beat Butcha’s rainy keys as he flexes his chains, his women, and his goodness. “I’m a boss, not just a rapper,” Conway announces. The rest of “Front Lines” features a particular inflection new to Conway’s canon, which gives a newfound sense of urgency to bars that evolve into a call to action in the face of police brutality.

More than a rapper, boss, king, or God, Conway The Machine is a gentleman. “Machine Gun Black, DJ Shay, the city of Buffalo, and hip-hop,” he says as we close our talk, listing who his entire career is for. Always gracious, always raw on the mic, and always on the cutting edge of eviscerating bars, there will never be another one like him.

Let’s start with the album’s title: When did you become comfortable referring to yourself as a God?

When I started recording this [album]! I feel like I hadn’t reached my full potential, and I still haven’t. I’m still striving to get better and better every day, every verse, every song. The creative space I’m in lately, since LULU, I just been feeling untouchable. I got the glove with the six stones. I got the gauntlet. 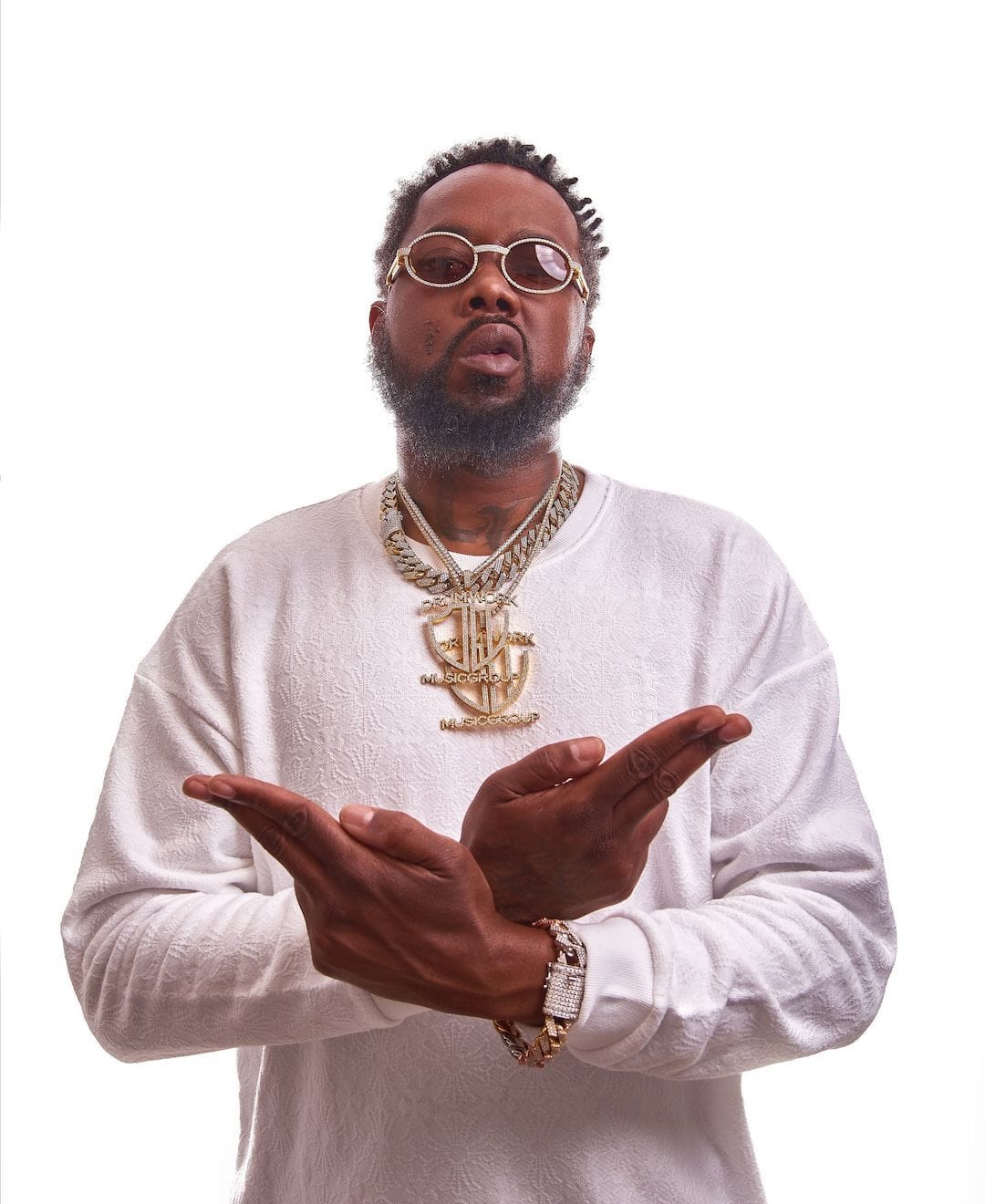 How did your previous releases and the Griselda WWCD album prepare you for From King To A GOD?

I was feeling a little bit underappreciated and slighted when it came to some of the shit I was spitting and making. I took it as putting that chip on my shoulder and [saying], “You know what? I’m ‘bout to go crazy with my pen and see where it takes me.”

Your story is one of survival and perseverance. How did survival impact FKTG?

Why not be the best? The things I’ve had to overcome, my survival story, definitely impacted this album, my Shady album, and a lot of my music going forward.

What was the biggest challenge you had to overcome to get this album realized?

Really just recording it. It wasn’t no challenges when it came to this album. What I was going through behind the scenes, I’d rather not talk about some of that stuff, but just getting [the album] done… I’m real indecisive when I’m working on an album. I’m making 30, 40 songs and only picking 12. It be difficult, ‘cause I ain’t never satisfied. I’m still working on the album right now! I ain’t done.

How do you know when you’re done?

We got a saying here in Buffalo: “That shit take me there.” Once I play it front to back and that shit taking me there? That’s how I know it’s complete. I’m just real comfortable and confident in my blade. I know what I can do and what I’m gon’ do. I just have to fill in the blanks and do it.

What are you most proud of with this album?

That’s a good question… Honestly, “Fear of God,” and “Front Lines” as well. Those two, the shit I was saying, and the beats! Those beats are insane and the shit I was saying, it was a different emotion from me. I felt some type of way. I recorded “Front Lines” after the first couple days of watching CNN and every channel, seeing what happened to George Floyd. That shit put a fire in me. I recorded [“Front Lines”] at my house. I went in the basement and recorded that shit.

“Front Lines” is very crucial to this moment and my favorite song on the album. Why was it important for you to use your platform in this way?

God didn’t bless me with this opportunity and this gift for nothing. I’m in a position where my voice [has] a little bit of power. However I can use my power, I’mma use it for the people. It was a no-brainer for me.

I’ve been a victim of police brutality and all that. Dirty-ass cops planting guns and drugs in the car, pulling you over for nothing. I’ve been beat by police a couple of times. Broken ribs, shit like that. My uncle died in police custody. I’m no stranger to it.

Is it exhausting to pour your heart out onto wax?

Sometimes, yeah… I said all those real emotions and shit. Some of them songs, I cried rapping. That’s no fake shit. My shit is real emotions. I cried recording “Forever Dropping Tears.” I cried recording “The Cow.” The feeling is what made the record. I don’t know how to make some shit up ‘cause it sound good. If I’m not going through it, I can’t rap about it. That’s why I don’t record music that much; there has to be something to give me that spark.

Is there any pressure that comes with feeling like the best alive? How do you manage that?

My Wu-Tang brothers, Busta Rhymes, The Lox, Hov, Eminem… These are guys who I don’t wanna let down. In order to be the best, confidence is a key ingredient. I’m not coming into this shit unsure of myself. Nah, “I’m the best! I’m the GOAT, n***a. I’m that boy.” You gotta have that kinda attitude, and be willing to put in the work. See how the OGs before you did it. Without them, there wouldn’t be no you. I gotta carry that torch with me and I can’t abuse that power.