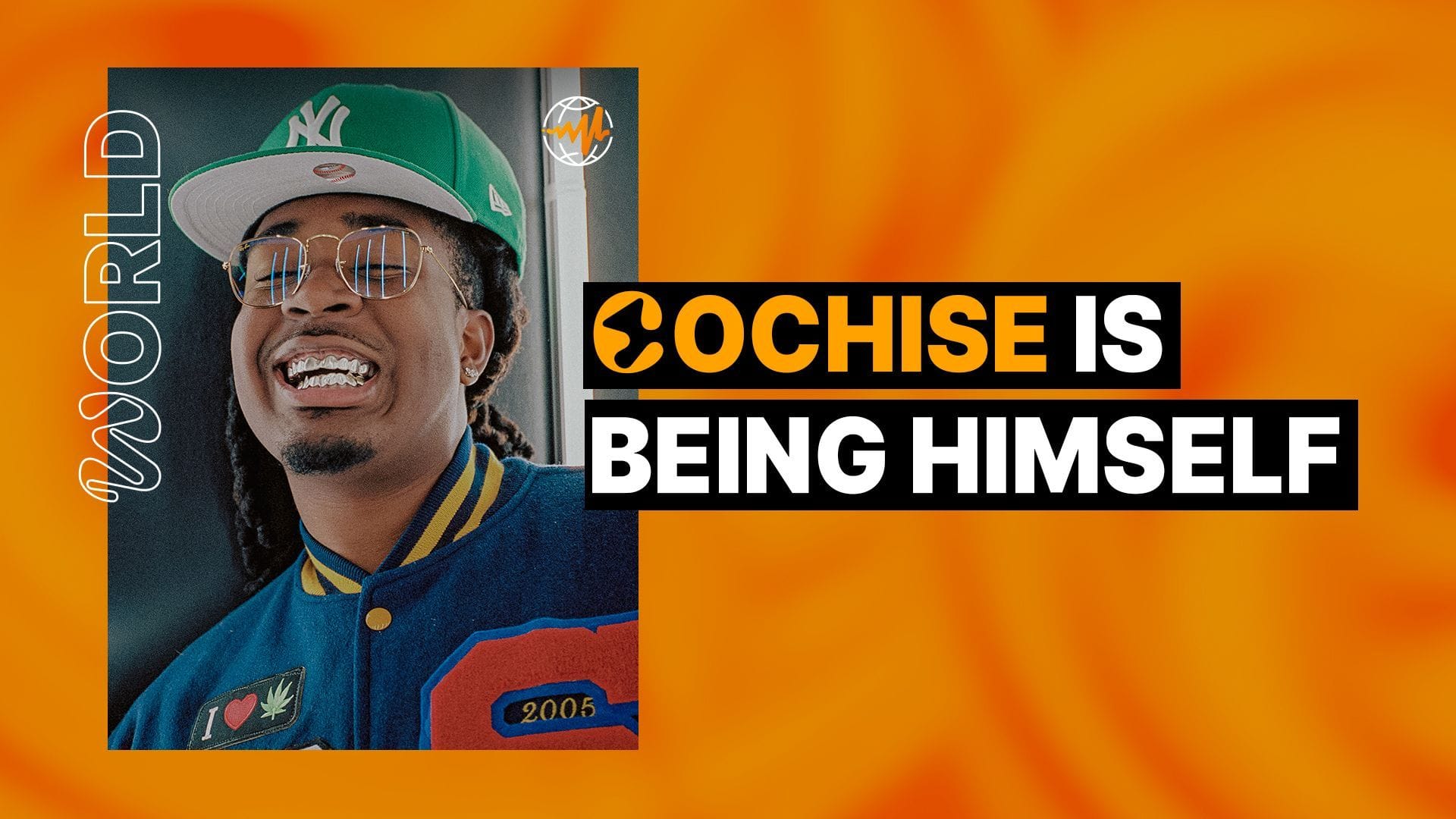 Cochise’s baby-pitched raps trade the nihilism and excess of his rap peers for self-empowerment and niche Manga references. Rapping over euphoric trap instrumentals that mix the raw with the sugary sweet, the Florida rapper’s infectious merriment makes his demand of “N***a, better turn me up!” on summer smash “Tell Em” impossible to ignore.

“It’s important I’m always like Peter Pan,” Cochise agrees when I suggest that he has eternal big kid energy. “Look, bro, I’ve been around a good amount of these new rappers, and they’re all mad young. I’ve still got more energy than all these kids combined, and I’m supposed to be a grown-ass man! They’re sitting, smoked-out, looking at the wall, while I’m moving across the whole stage.”

Cochise’s growing discography—Benbow Crescent, Hijack, and a flurry of singles culminating in his most recent $NOT-assisted “Tell Em”—reveals a melodically-minded emcee capable of fusing hazy, romantic bedroom beats (“Day Dream”) with the unpredictable, street-smart vibrancy of a clash in Kingston. This blend isn’t easy to achieve, but Cochise, whose parents are Jamaican, seems to know exactly what he’s doing. He is a very modern bridge between dancehall and US cloud rap who can bend his vocals at will, from gutter coos to nasally, Kermit the Frog-inspired howls (“Taxin”) as well as a rougher, more deadpan style of rapping (“On Me”). “I use my voice as an instrument,” he insists.

Despite often spitting over distorted trap concoctions ripe for X-rated mischief, Cochise’s songs are typically weighted on goofy pop culture references (“I’m in the club with a suit like I’m Hitman / Got that boy shaking just like the Crip dance”) and promoting natural highs. On “Bumba,” he makes clear his stance on drugs: “I do not hit the weed, I do not sip the lean / Y'all n****s sippin' on green, half of your n****s is fiends.”

“I have lost close friends to drugs,” Cochise reveals. “I’ve seen people who are left scarred by it. You see how they all get into it; it’s nearly always through music. Rappers make drugs look cool, but they influence mad kids to do things they don’t really want to do just because their favorite rapper said so. Most of these rappers don’t even do drugs in real life; it’s all just for marketing, and it’s scripted. I don’t want to do that. It’s important to show people that there’s no shame in being themselves.”

Your music feels like a ball of positivity. It’s like you are trying to give people mood music, so they get some more spring in their step...

I just want to make my music as fun as possible without being negative. It’s an escape.

I think by being yourself, you are your most relatable. Not everyone does all these drugs or violent things, so don’t be someone you are not. That is how you turn into someone you never wanted to be and get lost in situations you should not even be involved in. It is how rappers’ lives get taken. People will ruin their lives forever just by doing some stuff to look cool.

The coolest thing in the world is just to be yourself. If you are truly yourself, then the audience has got no choice but to respect it. 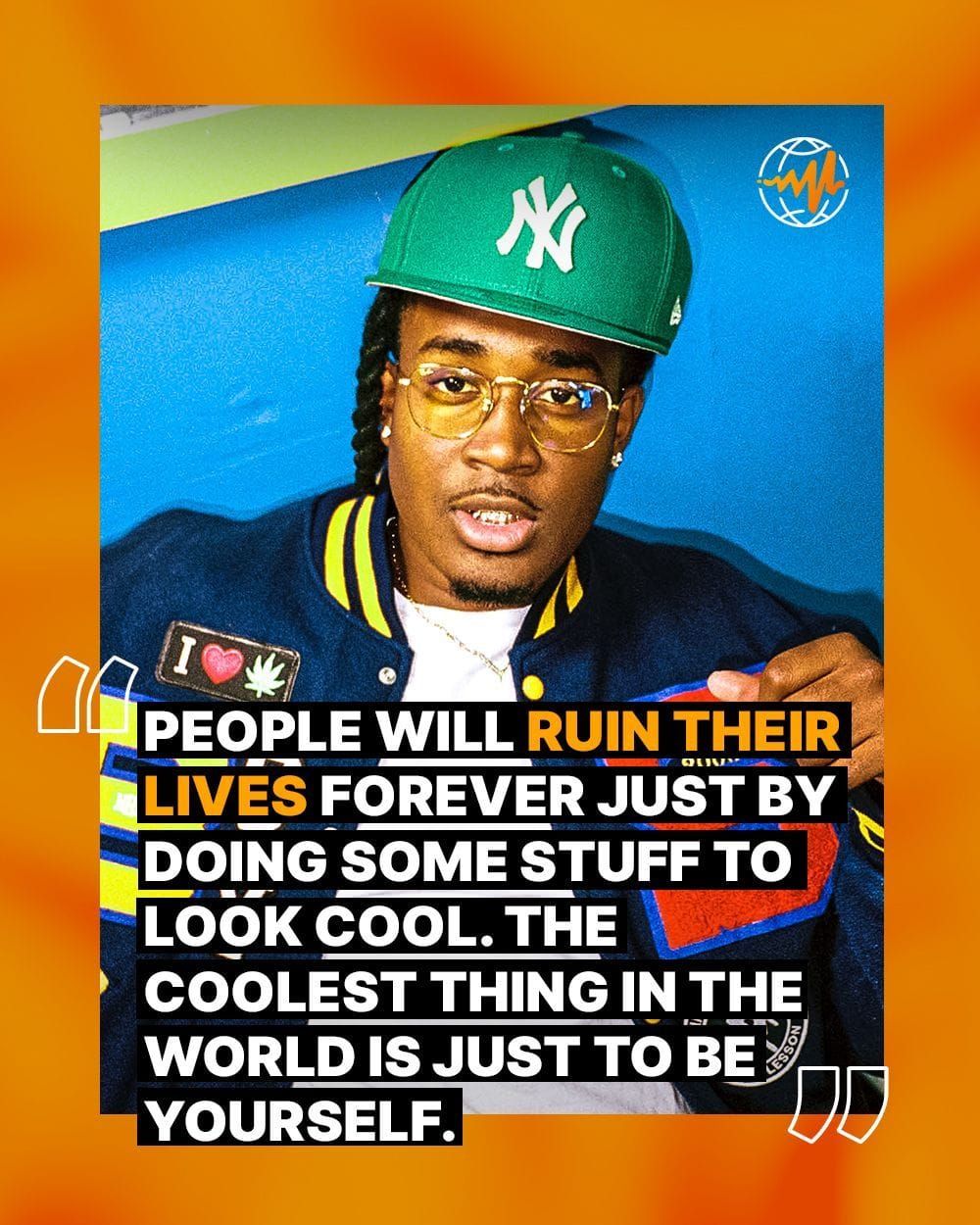 How would you say growing up in a Jamaican household shaped you as an artist?

I definitely was listening to the Jamaican classics every day. I guess it was this perfect blend of Bob Marley and Busta Rhymes, who is my favorite artist of all time. I always liked English-speaking artists who could mix Jamaican swagger into their music. After Sean Paul [there was a bit of a vacuum], but I was happy to discover the Lord of the Mics with Jammer, Wiley, and Skepta. I love how the Jamaican slang was just embedded in how the UK guys rapped and clashed. When I saw those guys doing it, I thought, “Why can’t I do it with my own style?”

I guess Tyler, The Creator was who really brought me into new-school rap.

If people listen to your music from the beginning, they can see how you’ve experimented with your vocals. Does it annoy you when people say you sound like Playboi Carti?

It’s cool to be compared to Carti. Comparison is just what human beings naturally do. They gon’ hate whoever. No one is perfect. Every person in this world is gonna get hate. It is okay for people to hate on you or be negative toward you because the world is never going to be universally positive towards one person, right?

Vocally, I always liked how someone like Tommy Lee Sparta would use his voice as an instrument. I want to do exactly the same thing. The voice is this perfect equation to work out. If you feel the beat is going high, you try to mirror it, but if it’s low, then your harmonies and pitch need to adapt. You want to connect the dots. If you can connect the dots, vocally, then everything sounds better.

Yeah. I got offered to have a trial as a semi-professional, but it made no sense. In America, they force you to go to college to play football, and it just takes far too long. Music felt like a better route.

My favorite player of all time is Raheem Sterling. He was born in Jamaica, and he’s always had this pressure that other players just don’t have. He makes a goal, and they all kiss his ass, but the next day they find a way to hate on him. It’s the same process with music, so I can really relate to that. Raheem is proof that if you stay true to yourself and keep God first, then you can’t fail. 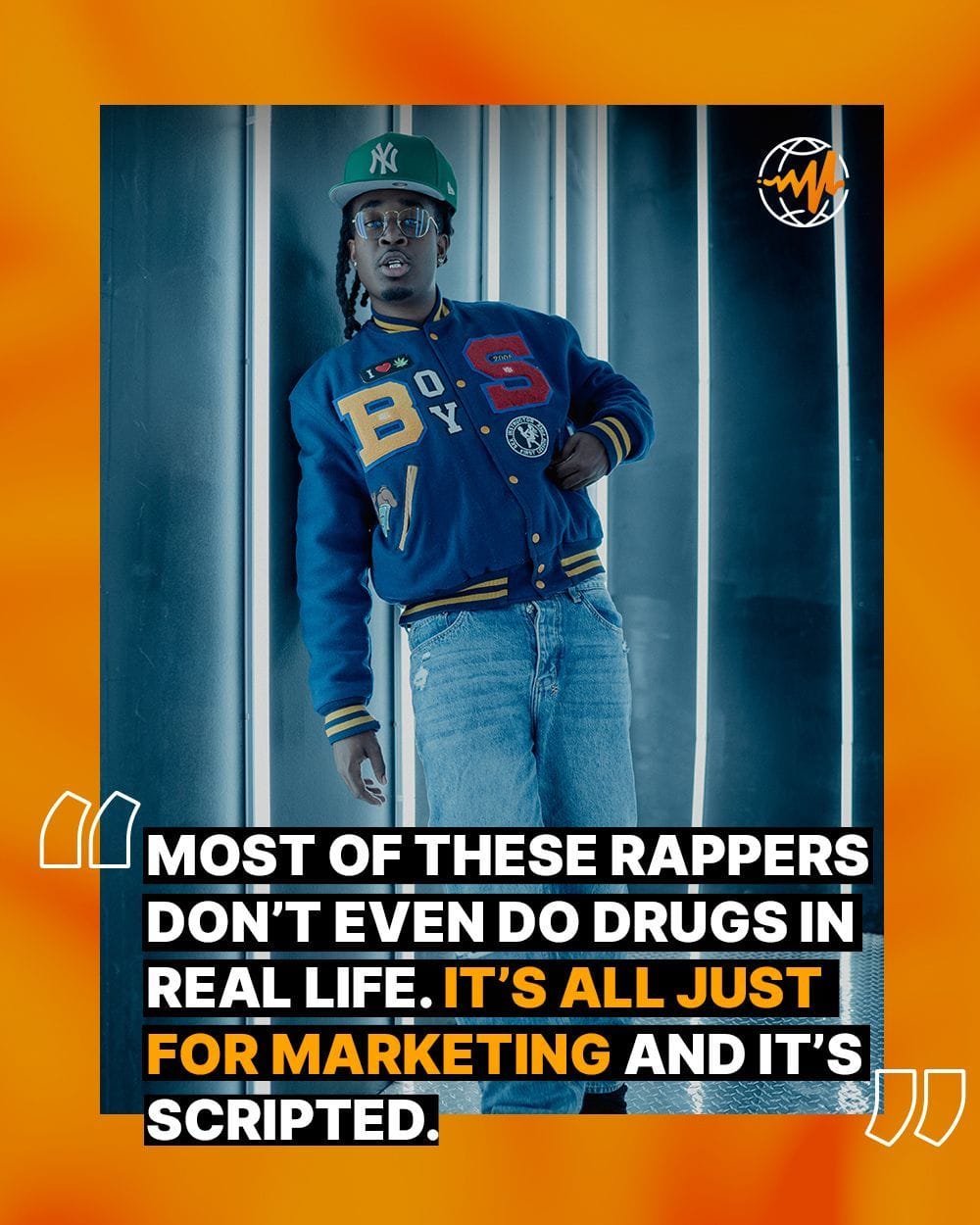 Why do you think you are going to have more longevity in rap than in soccer?

Me and my producers want to make music that is timeless. We want it to sound unique in five or 10 years’ time. Like Busta, I think I’ve got lyrics that people might not hear at first because they think the voice or flow is too weird or whatever, but when they keep replaying, it is going to click.

When it comes to music, I am going to always switch it up just when people least expect. I ain’t got no help [with my rap career]. It’s just me and my family, doing it all ourselves with our backs against the wall. I guess I feel like Luffy on One Piece. People joked when he said he wanted to be like a hurricane, but then it just happened.