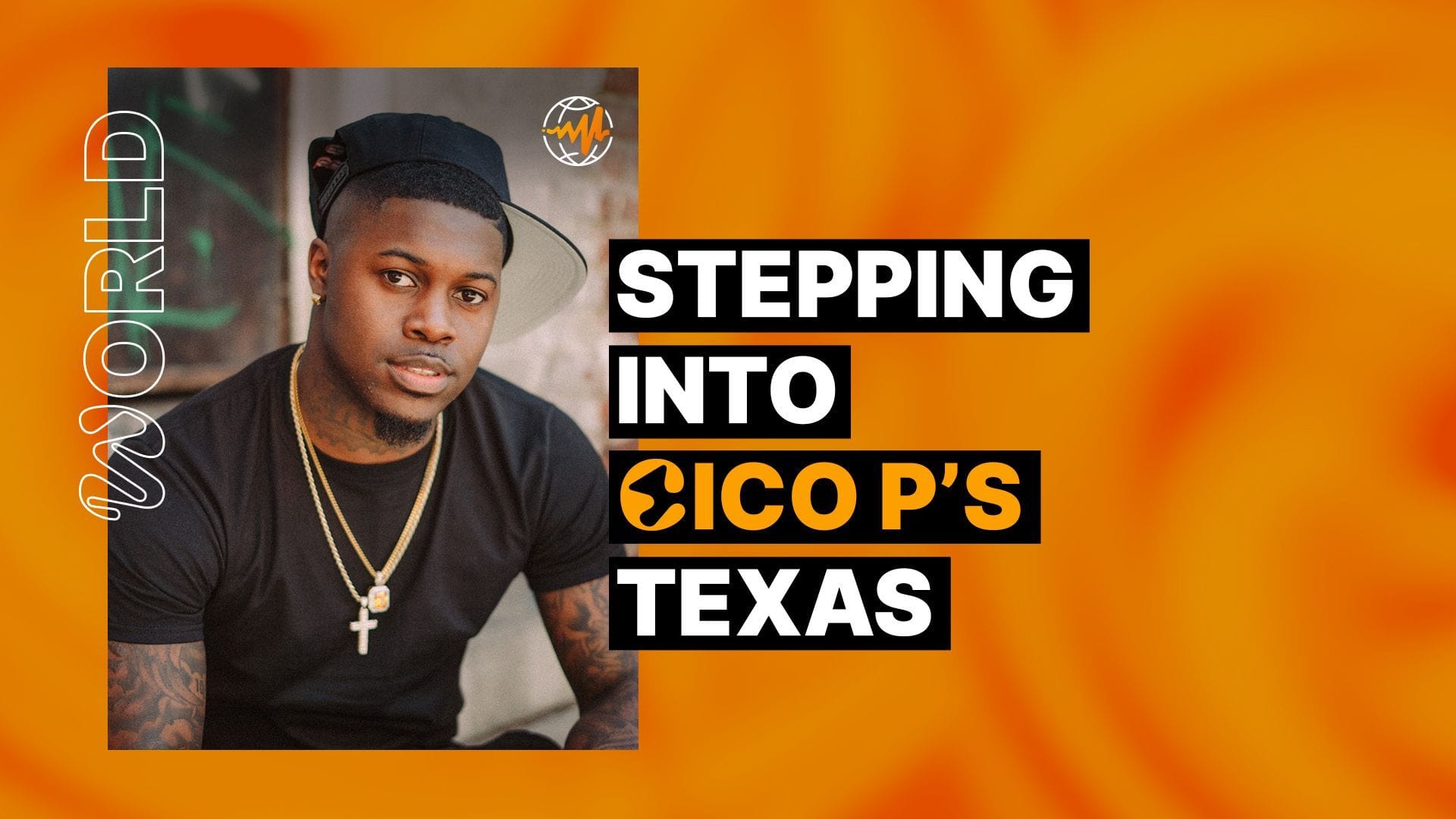 In 2019, Cico P worked at an air conditioning company Monday through Friday, from 2 p.m. to 2 a.m. He’d clock in, work the soulless job, clock out, listen to some beats and start writing raps. Then the next day, before work, he’d hit the studio and lay down whatever he’d come up with. Somewhere deep in this routine, after pulling a beat off producer TrenchLordB’s website, “Tampa” was born.

“I remember writing ‘Tampa,’” Cico tells Audiomack. “I was like, ‘I like this lil’ bounce to this.’ I remember calling my boy Jalen and rapping the whole song, playing it and rapping it to him on the phone. I was like, ‘Ay, listen to this cadence!’”

“Tampa” is all about that cadence, somehow deeply rooted and transient at once. You don’t even have to pay attention to the lyrics to get sucked into Cico P’s wafting layered vocals and the blanket of textures. Recording it, Cico and Jalen knew it was lightning in a bottle. But it’d take two years for the song to find a national audience.

In the spring of 2021, “Tampa” had an unexpected resurgence on TikTok. The line “That boy bad news, he a menace to society” became the audio for thousands of jokey videos. And soon after, people realized Cico was a special artist working in a uniquely sedated style. “Me personally, you ain’t never heard no upbeat song from me,” he says. 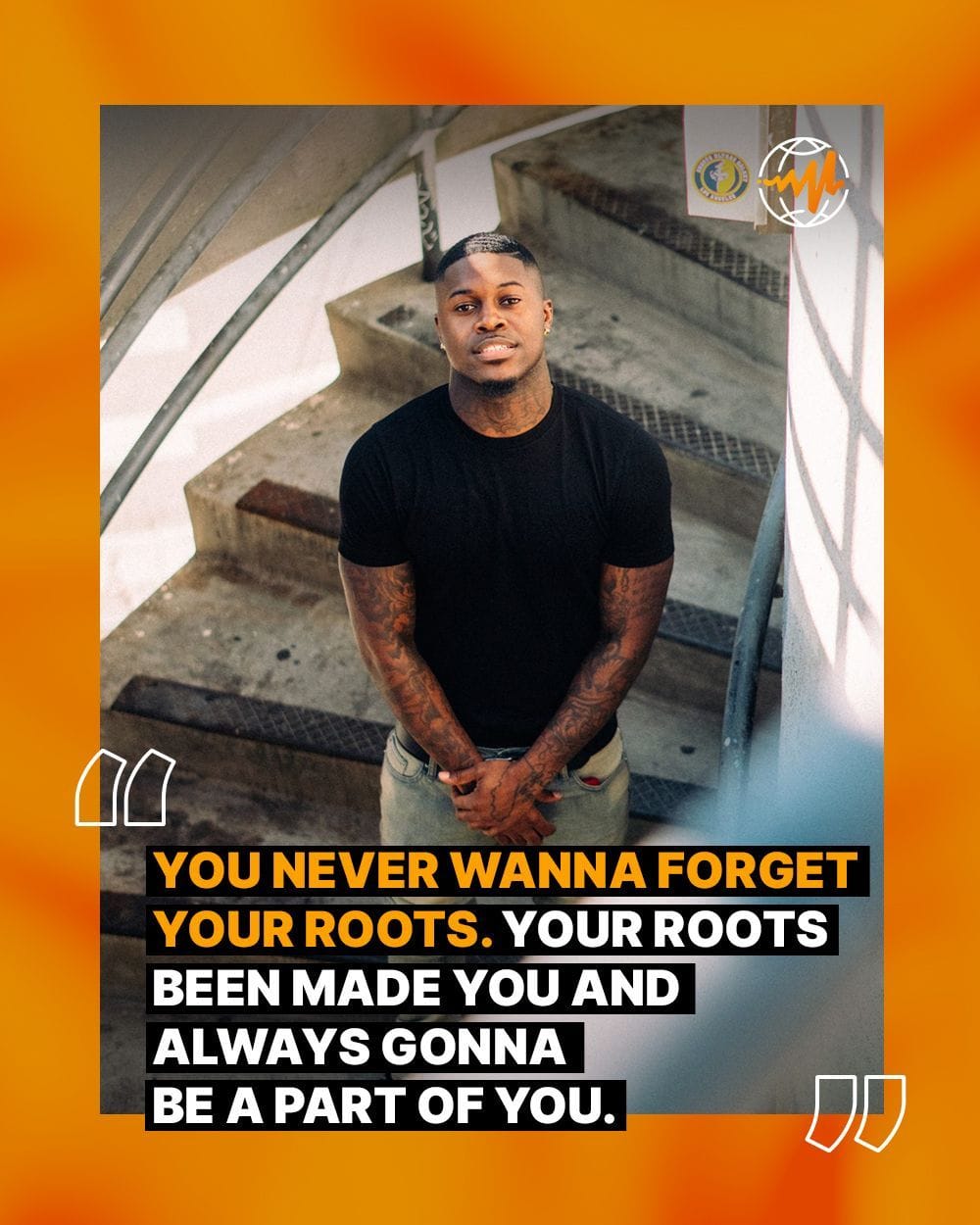 After seeing the song title and hearing the music, people (this writer included) were quick to place Cico as a Florida rapper in the lineage of Kodak Black. But really, his laid-back feel comes from soaking up the gamut of classic Texas rap as a kid growing up in Jacksonville in East Texas. His 2021 album Nawfjaxx functions both as an introduction to the hypnotic rapper and to a region of Texas that, like “Tampa,” has been slept on far too long.

It’s crazy, man. I heard your song “Tampa” playing out of a car just walking home the other day in D.C. It’s really out there! Do you ever have to catch your breath about that, just realizing how far the song has traveled?

I guess this whole first year I’m gonna be speechless until I get used to this shit. I feel like it’s ‘bout time too, ‘cause I know I’ve been grinding. Me and the team have been putting in work just to get to this point.

Do people back home in Jacksonville notice you?

Growing up, I always been somebody [people] knew. People be like, “Oh there’s lil’ Cico.” But now it’s like… We ain’t never have no rapper. Me and T-Jones, we was almost there. Free my boy T-Jones. But somebody actually in this position, we ain’t never had it, so they treat it different now.

Who did you look up to as a kid from Jacksonville? Were you looking elsewhere in Texas for that artist that felt like home?

I mean, my uncles and my cousins, they rap, and they really brought music. I used to listen to everything Texas, though, for sure. Screwed Up Click, Swishahouse, UGK. Z-Ro is one of my favorites. I really liked Kirko [Bangz], out of the Houston rappers. 50 Cent was heavy. I liked DMX.

Have you heard your uncles’ tapes?

That’s why I always record a hook, verse, hook, verse. He showed me how to structure a song. But as the generation got younger, it went from just being a rapper to my cousin, who was younger than him, singing, making R&B music but also rapping a little bit. And when I finally came out with my own little style, I was doing both.

I was randomly browsing the official Jacksonville government website, and this is what they say about the city: “a luscious, rural landscape in the heart of the Piney Woods. Residents enjoy small-town living with close proximity to big-city shopping and dining.”

Yeah, for them other folks on the other side, the other culture. The ‘Ville, man… I ain’t gonna say it’s just [rugged]. You got your barbarian days, your gladiator days but shit, it’s a community where I’m from, the hood, Nawf Jaxx. We got the Bricks, 1011. That’s where I’m from. So I’m a project baby. Then my granny and my daddy and ‘nem, they from the Park, that’s the whole north of Jacksonville. You got the Bricks and you got the Park. That’s how it used to be when I was growing up.

You’d start in the Park and it’s gonna end in the Bricks. The Park be jumpin’ all day, everybody out there. Kids running around, dice games, basketball court, you know how that go. Everything was always a community thang. Fish fries... We just grew up tough, though, ‘cause everybody had a piece of poverty. Everybody over-stood everybody connected ‘cause we all in this shit together. That part that they put on the Web, that wasn’t for us, but I guess you could say that’s how we felt about our hood.

Do you feel like those connections back then stick with you the rest of your life?

It’s your roots: where you from, bro. You never wanna forget your roots. Your roots made you and always gonna be a part of you. It’s in your blood. I always say it, like in one of my songs. I got the Nawf on my back and it’s flowing through my arteries. That shit for real. I’m not staying in Jacksonville. I live in Dallas, but I’m finna move to Houston. But I ain’t gonna move outside the state. I can’t say I wouldn’t ever want to, but Texas is the base. It’s my roots. That shit plays a big part in me.

Do you remember the first time you went into the booth and rapped?

What did you rap about in sixth grade?

Shit, being a throwed young player!

When did you start really putting out records?

I got a mixtape [that] came out 2018, Halloween, somewhere around that time. Then I just started working on [my album] right after that.

What made you start taking music seriously?

I had been losing people. I had people locked up... They love this shit but they can’t do this shit. I got people who have too much talent who was just inconsistent. I had people who passed away who always [did] this music shit with me, and they knew I had talent. They was just like, “Man… Don’t be no football player, just be a rapper ‘cause you can do it.”

It was shit like that that really motivated me. 2019 really turned me up ‘cause I lost three people back to back.

Pain can do a lot to motivate you.

Instead of losing myself, I’d rather find myself through the pain.

On your song “See Me” you have that line, “I woke up this morning and looked up to God like what does he see in me?” Does your music feel like therapy when you make it?

I don’t speak on my problems. If I got a girlfriend or a lady friend who’s like, “You can talk to me,” I don’t talk to ‘em. My manager, that’s my brother; I’m just now starting to chop it up with him. I don’t really let out how I feel. I just use the music as therapy. So when I do let that out, you’ll know how I feel. You just gotta pay attention.

What do you think has held the East Texas scene back for so long on a national scale?

Resources, mentality. You gotta understand: it’s a picture in a picture frame. You’re not knowing how many other pictures are on the wall until you jump out the picture and actually look at the wall. Basically, just being in the hood so long, it’s all they know. You grow up, you gon’ die in this bitch. You get old and die in this motherfucker.

People feel like they need to blow up in their hood. You not turning your back on your hood, you’re just going to go network in other cities. I moved for other purposes, just to better myself. Soon as I moved to Dallas, it elevated me to turn up. I’m finna rock out with this music shit. I’m moving to the city for this. I’m gonna elevate some more then I’m moving to Houston.