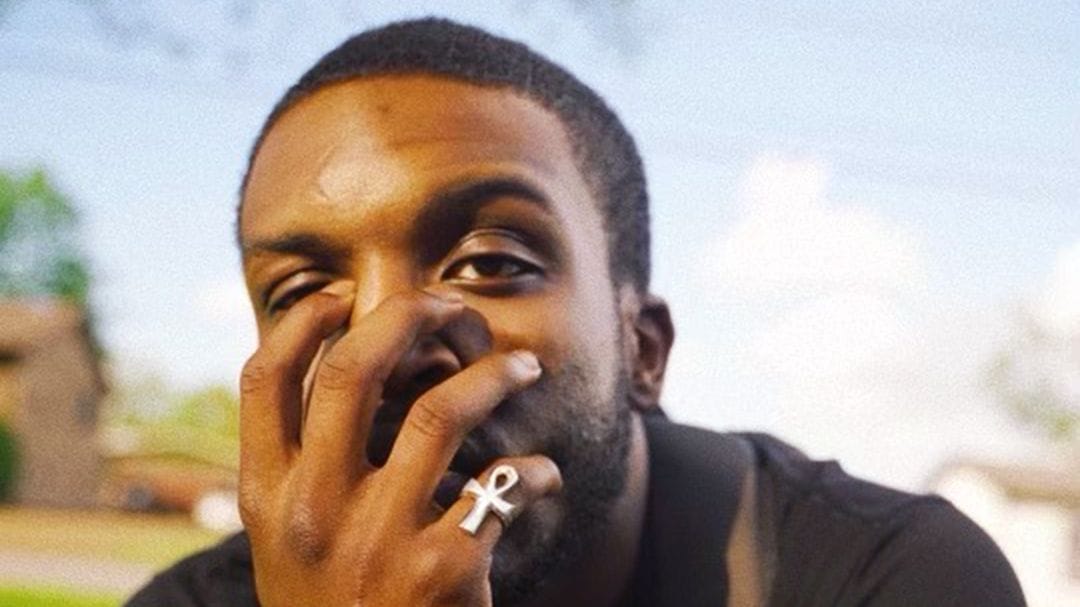 Chuck iNDigo didn’t initially plan on making No Moor Bad Days. The follow-up to 2019’s iNDigo Café poured out of the 26-year-old following the murder of George Floyd. A flash of inspiration towards the end of July pushed Chuck iNDigo to create eight of the album’s 13 songs in just two weeks. The album’s urgency is its guiding light.

The Nashville-born rhymer spent part of his college years in Montgomery, Alabama, a city steeped in Civil Rights lore. Chuck attributes his college experience with inspiring him to reconnect with his history and culture. There’s a warm soulfulness radiating from his gospel background (“God Is A Woman”), and his message-driven raps (“C.A.N.T. Chronicles”) are heavily shaped by his time spent teaching the youth in his community through spoken word.

From playing drums in the church to being inspired by soul music, to being a newly minted father, Chuck iNDigo calls No Moor Bad Days his message to Black Americans. The songwriting is observant yet unapologetic. The emotions are sprawling and complicated. Hope, pain, love, anger—it’s all there for the listener to access. Though inspired by tragedy, iNDigo created No Moor Bad Days to serve a brighter purpose.

What was your first introduction to music?

It was definitely gospel music, growing up in the church. Just always singing in the choir, leading songs. I had played piano for a church for some time. I played drums in church, too. I was just heavily in gospel music, and then that led to me hearing soul music at the crib. My dad played a lot of Isley Brothers, and all types of shit.

When did you realize you wanted to pursue music professionally?

It was always some shit I felt, but then I released a project in 2018 called So(U)Liloquy. It was a little eight-song EP, and that was the first time, locally in the city, that I had people take my shit seriously. I did a live show for it and had a decent crowd come out. I was seeing people who I didn’t know at the show. It was a surprise to me because usually it’s just your homies and shit like that, and [the fans] were knowing the lyrics. That just made me be like, “Damn. If I can get 10 people in here that I don’t know and they know my shit, I can damn sure get 100 or 10,000.” 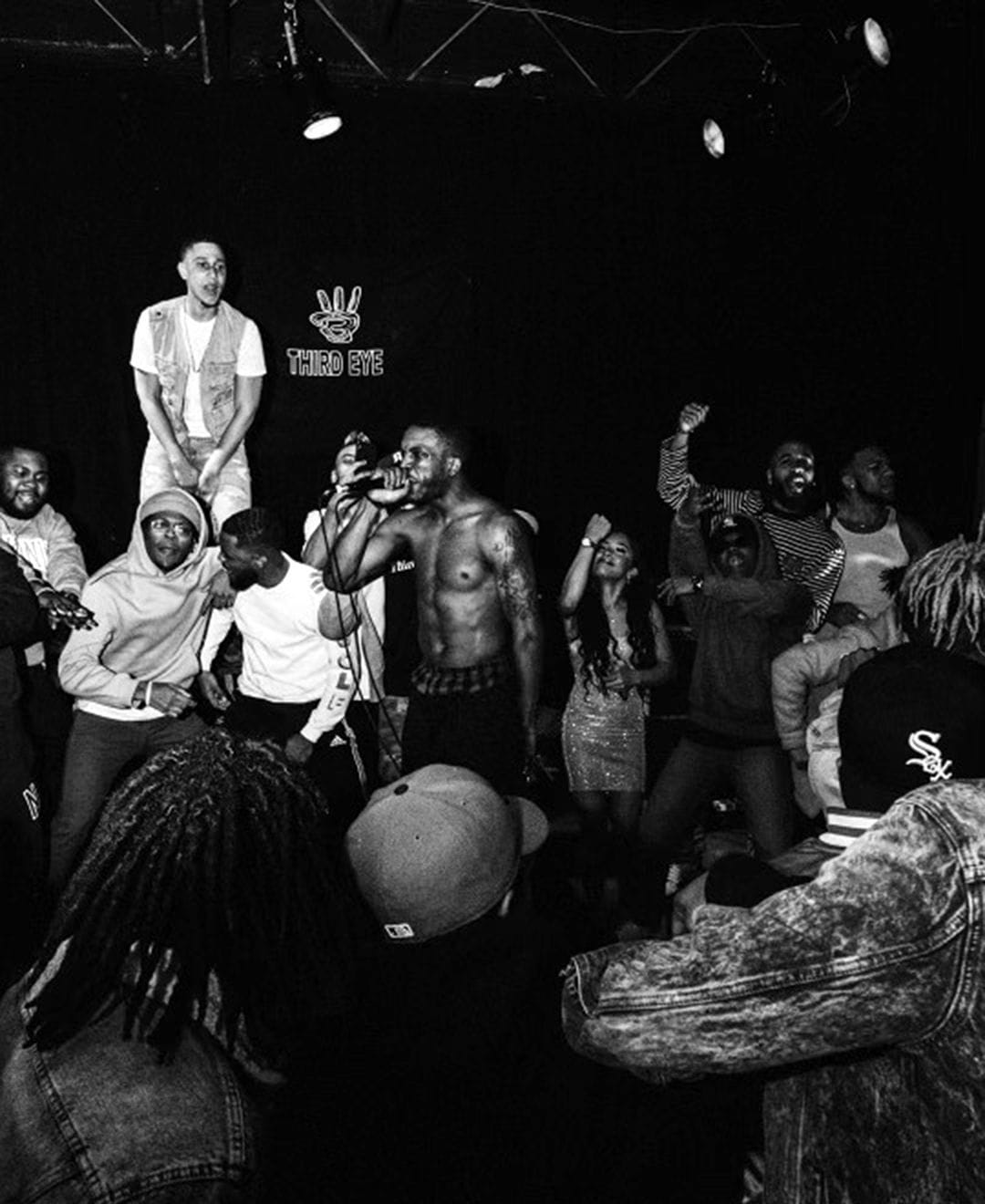 What are some lessons you’ve learned through your journey as an independent artist?

Just keep your head down and do the work. Don’t get caught up in the hype of numbers, the hype of streams, and all the shit like that. Keep your eye on the prize and just control the piece you can control ‘cause, honestly, the music industry ain’t shit without the music. All that other shit don’t matter. I used to want a lot of vain shit. Attention from people from a particular group or to get put on these stages, just dumb shit—stuff you think matters, then you finally get that shit, and it doesn’t even equate to what you think it is.

A lot of people think their next come-up is off this article or off this person. You’ve got to put the work in. It’s so much work that went in way before your favorite artist became your favorite artist that you don’t even realize. That’s the biggest thing I had to realize. Like, J. Cole and Kendrick [Lamar] were putting out projects, songs, and doing all types of shit way before I even heard their names. It’s like, I’ve got so much work to do. Why even stress over that shit?

You have said that No Moor Bad Days was an unexpected project you didn’t initially plan on making. When did you realize this project was something you had to create?

Originally, it started as NO M-O-R-E BAD DAYS, and it was going to be an R&B project. I had gone to the studio around my birthday, which was in April, and we cut a couple of demo tracks just to try and get a vibe, but I wasn’t fucking with them so I shelved them. I was chilling for a while, and my daughter was born in June, so I was just focused on that, and then the George Floyd shit happened.

It fucked with me to see him killed, but more so, the outrage and the reaction that happened afterward was fucking with me. I had so many thoughts, and I didn’t know how to place them, where to put them, or what to do with them and it was just becoming overwhelming. Music wasn’t on my mind during this shit. I was at a point where I was like, “Man, don’t nobody want to hear no damn raps. This is real-life shit going on out here.”

I was on Twitter, and I just saw the word “moor.” I had already been hip to the history of the Moors and how much they get overlooked and shelved, and also how [moor] can be used as the word “Black.” I found that, and it just popped a light bulb in my head. It was like a two-week period at the end of July. I just hit a stride, and I made eight of the 13 songs that’s on there.

How did you approach the songwriting for this project?

I would consider it my message to Black America, and to America in general, but specifically to Black folk. This is what I see, and when “C.A.N.T. Chronicles” comes on, it’s my way of trying to turn the chapter. Despite all the other shit, don’t be fooled. You are very capable. There’s no excuse for us not to go forward and find liberation within ourselves. The biggest thing we miss in all of this is we play much more of a part in our own fate than we realize.

We constantly defer our power to the hands of a few people, and then we wonder why everything is fucked up. You’ve got a couple of billionaires running every-fucking-thing, and it’s all these billions of people who need shit and struggling and who aren’t treated fairly.

That’s my main thing: speaking truth to power and not having to give nobody no explanation if I don’t want to. You get on social media, and everybody got their opinions. Everybody also feels entitled to give their opinion on your opinion or shoot your opinions as if they’re damn near crimes. When I get on record, I don’t have to answer nobody. I can say whatever the hell I want, and the listener can take it and do with it what they will. I said what I said.

What is your “why” when it comes to making music?

We lack the duality of understanding I can like big booty girls and fine women and still be connected with my Creator and love every human being regardless [of] race, sexuality, gender, all of that shit. I just want people to wake up and love on each other.