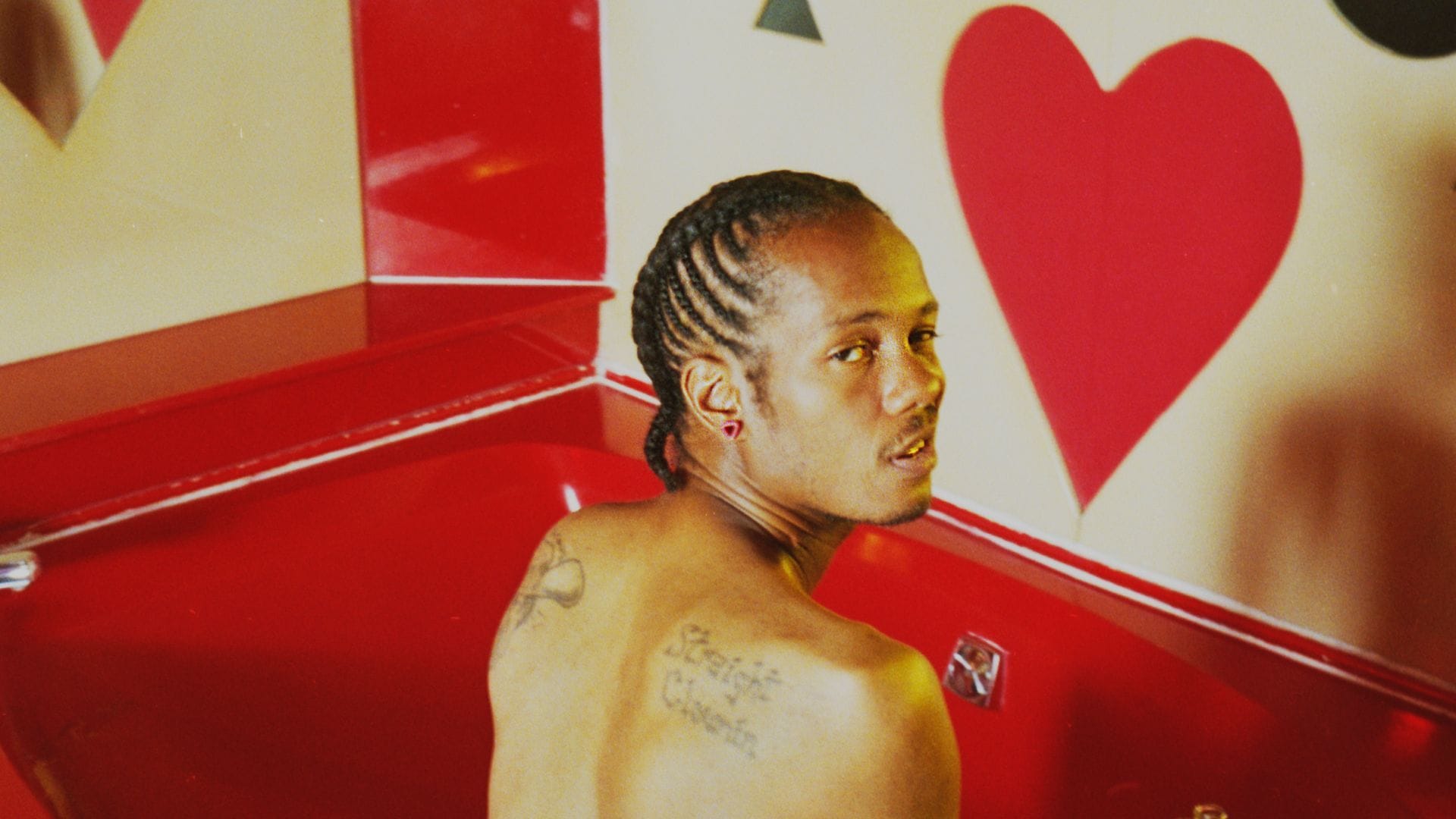 Chris Crack doesn’t know the definition of boring. The Chicago rapper has spent the better part of the last decade building up a rap world marked by hilarity, variety, and undeniable quality. Tracks like “Marshall Law” and “Black Don’t Crack Unless You Smoke It” are laced with darkly self-aware and witty bars that force you to rewind to make sure you heard them right. Few are privy to the inner workings of his vision, as he primarily works with his New Deal Crew on his music (Cutta and U.G.L.Y. Boy Modeling), but all are welcome to consume the final product.

There’s plenty to take in. In 2019 and 2020, Chris Crack released eight albums, each brimming with the magnetic personality that’s endeared him to faithful internet listeners. “You got to get it while you can,” Chris tells me through the Zoom microphone, concerning his pace of creating music. “As a rapper, if it doesn’t work out in the long run and I’m sitting at 45 or 50 years old, guess what? I can still get a regular job at 50 years old. I can’t necessarily chase my dream when I’m 50 years old.”

Might Delete Later, Crack’s ninth project since the start of 2019 and first through Fool’s Gold, released February 12, features the same staples from the previous projects. Raunchy and comedic titles like “Fapping Ruined My Life” and “Jesus Dropped the Charges,” backed by unpredictable production and clever raps, are par for the course. You’re never sure as to what direction Chris will go, and by his own account, neither is he. It’s in your best interest to just follow wherever he leads you. 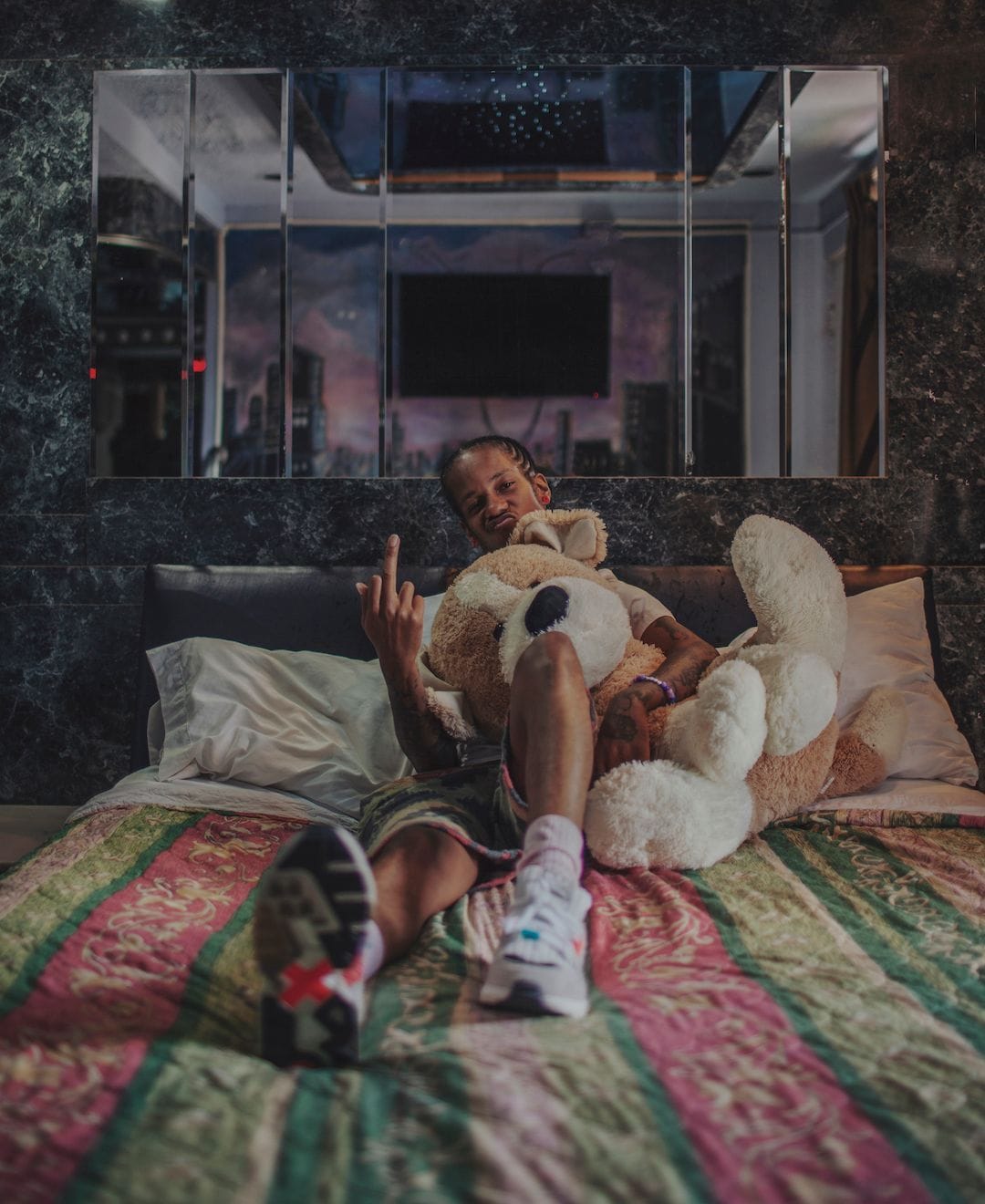 Might Delete Later will be your ninth album since the start of 2019. What has allowed you to keep up this otherworldly level of production?

I’m able to get with him whenever I need to, which is a whole lot. Any time I want, I can just hit him up and say, “Yo, I need to record right now.” He and I, we know each other so well, that sort of chemistry is just right on point. And that’s what allows us to just fuck shit up, constantly, because you know as fast as I’m putting it down, he’s mixing it up.

You keep a pretty small circle of collaborators, sticking more to your New Deal Crew squad of Cutta and U.G.L.Y Boy Modeling. Is that due to a sense of comfort or another factor?

It’s just like when you’re doing something, and you’re going with it, you don’t want to lose that rhythm. People will come to you and fuck with you, wanting to work with you. But it can be harder to deal with the extra shit. If I’m waiting on this feature from this dude, and I’m working to get stuff out, I’m doing too much to delay my stuff. If he still wants to come work, you know, bring me that feature later.

Right. There’s a point where you say, “Let me just go do this myself and get it out.”

Hell yeah, man. I’m just going to go with it.

Even with your output, each track feels unique and fresh. There’s never a sense that you’re retreading or repeating sounds. How do you pull that off?

I feel like it’s because I only write and talk about what’s real or what’s going on in that exact moment. I’m always just talking about what’s going on in my life: every day is something different, each moment is new, each event is something unique. That’s how I’m able to stay afloat. New experiences bring you new material. If you’re doing the same thing every day, you’re likely to stay putting out the same shit.

I’ve noticed your song lengths rarely get past three minutes. Do you think that helps with staying unique? Is there another reason for this method?

Yeah, I started doing that because the streaming services are pretty much fucking us with how much they paid us. I’m going to get paid the same for a one-minute song as I would have for a four-minute song. So that, and people, you know, their attention spans are hella low. Knowing that, I kind of saw it as two birds, one stone thing. Then, it started working, and at the same time, I started liking it.

That sort of awareness with the shorter attention spans necessitates a knowledge of the internet and those on it.

Yeah, man. I’ve always been in tune with internet shit. And I’ve always been awkward, so the two go together. I’m going to use that awkwardness and what comes with it in my music. And it just so happened to work. 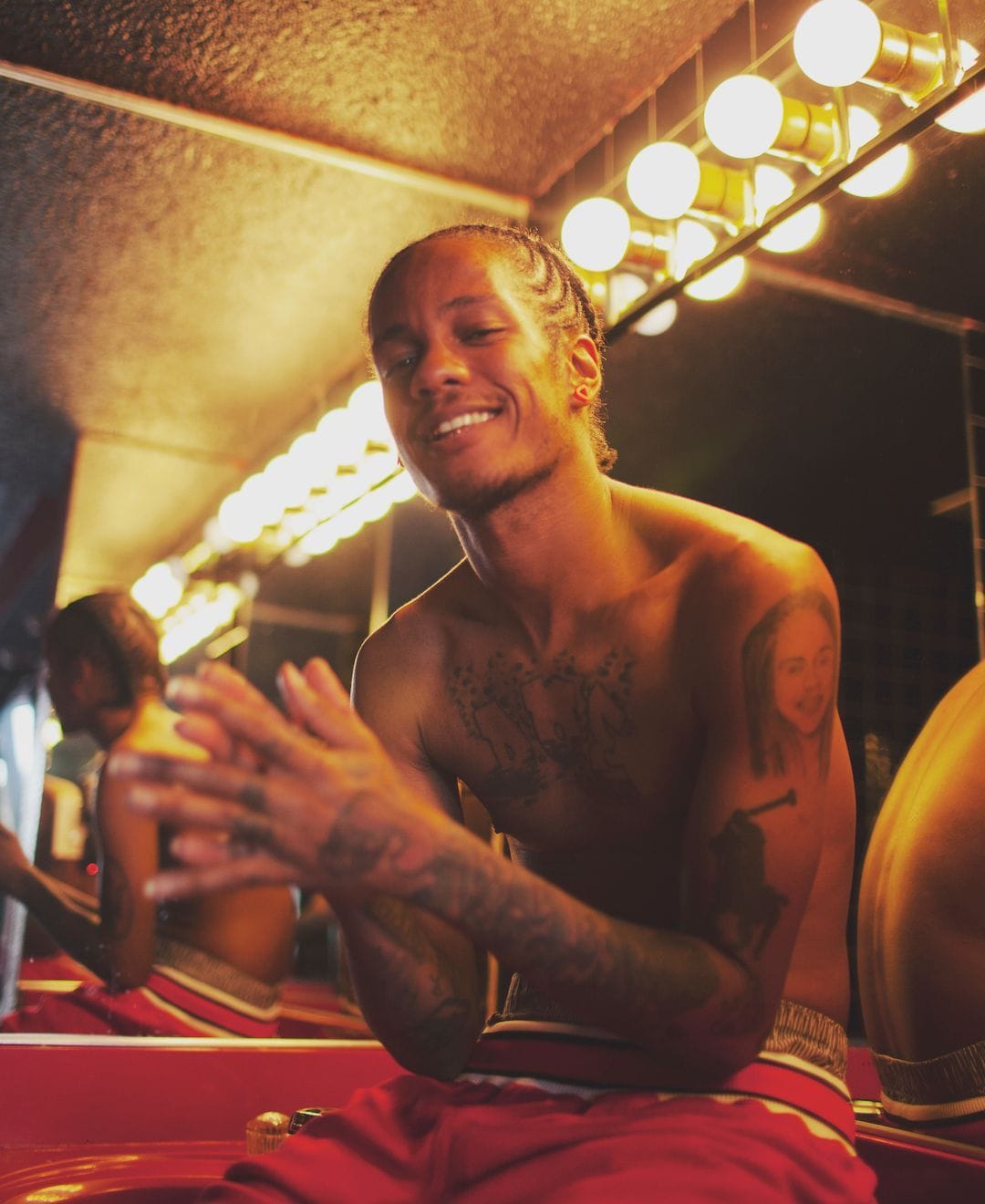 A staple of your bars is the ability to weave in self-deprecation and self-awareness. Where do you find the energy to get personal in your raps?

If you listen to my music, any of my songs, you notice there’s this scattered energy. Well, that’s how my brain works. Everything is scattered everywhere, so when I write, or I make a beat, you’re getting a real-time recording of what I’m thinking.

Your music is your stream of consciousness.

You incorporate many genres into your production, which is one of the many reasons your music remains interesting. What are the sources of inspiration for your variety of sounds?

I treat my stuff like a fight. If I tell you where I’m about to punch or kick you, then you’re not going to be surprised. I’m never going to tell you what I’m about to go do—sometimes I don’t even know.

Is there ever a fear of oversaturation with releasing so much music? Is there any way to combat that?

I feel like as long as it’s good, you can’t oversaturate the market. Did Aunt Jemima make too much syrup? Can Clorox ever make too much bleach? Hell no. Because that shit works.

I think that’s a perfect metaphor.

I’ll even have my own people say, “Oh, you’re putting out too much music.” It’s like, I really haven’t heard one person say that the stuff I put out is wack. You can’t oversaturate an oversaturated market. However, you can put out a lot of bullshit or a 50-song album that’s full of garbage. That’s oversaturation.

I’ll have people suggest I slow down, and I’m just thinking, “Slow down for what?” I’m not going to be rapping and doing this shit when I’m 60 or 70. I’m going to get all of these shots in while I can.

We’re in the middle of a pandemic, where a lot of people find it difficult to stay productive for sustained periods. Where do you find the mental and emotional energy to continue to create at such a crazy pace?

Well, since like 2015, quarantine has really just been my life. So this didn’t do much but make it better for me, personally. I don’t have to talk to anybody; there ain’t that many people out. I can just go to the studio and back home.

You’ve got a comedic ability that very few artists possess, to the point where I’m laughing at your song titles and bars. Where does this humor come from?

I tell everyone that asks me this the same thing: I never wanted to do music. When I was a kid, I used to get in trouble staying up late watching ComicView, Def Comedy Jam, stuff like that. I just wanted to be a comedian, man.

Do you think being funny helps with making music?

Oh yeah, because I feel like it eases the pain. I’ll talk about some serious shit. But sometimes, I’ll kind of jokingly say it, to sort of ease the delivery. But I’m for real. It helps me get through the day. You almost have to laugh to keep from crying.