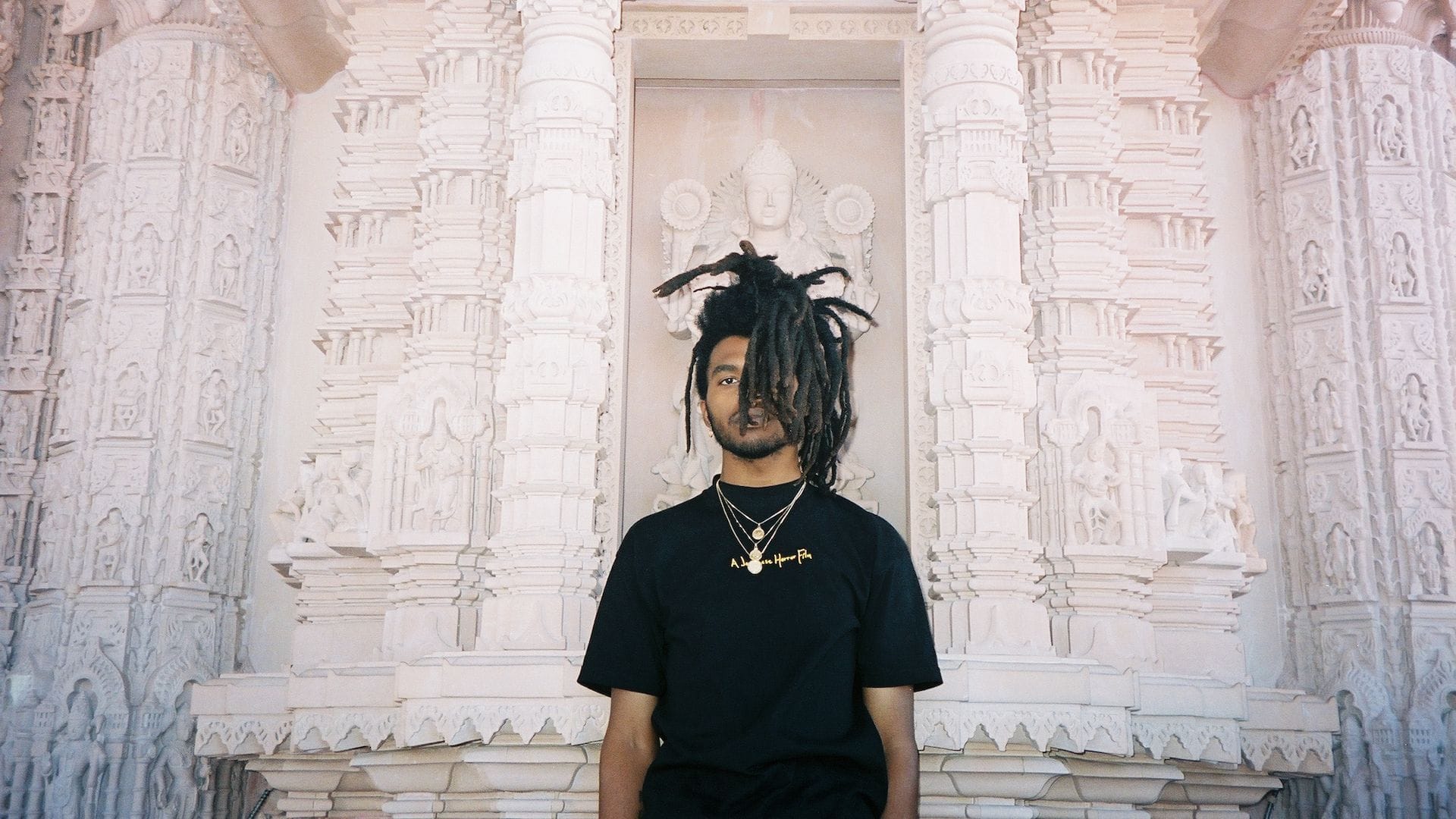 Chester Watson knows the benefit of a good story. Over the phone a few weeks ago, the Florida rapper and producer broke down the story of his eerily beautiful new album, A Japanese Horror Film. It’s a tale of self-discovery interspersed with water spirits dissolving in the back of taxis, herbal potions brewed by vindictive yokai, and more than one instance of astral projection. It’s the most ambitious coming-of-age story never filmed.

A Japanese Horror Film slinks through the fantasy Chester has spent the last three years creating. “It’s like a Netflix series,” he explains. “You get something out of each episode until you get the full scope of what’s going on.” Creating a story of this scope requires focus, dedication, and a ton of cultural research. Chester’s willingness to do all three has led to one of the best albums of his career.

With A Japanese Horror Film finally out now, Chester Watson shares his 10-step guide to creating a great concept album.

Be inspired. “My favorite concept album is probably the DANGERDOOM album [The Mouse & The Mask]. I was raised on Adult Swim, so the fact that there’s an album with Aqua Teen Hunger Force and Danger Mouse on it was tight. I used to skate to that album all the time. There’s a bunch [of others,] like GZA’s Liquid Swords, but as far as the realm of shit I was interested in and [that] influenced me and my older brothers, that shit was fucking nuts.

“The transitions on concept albums always bugged me out. The way people can use an instrument or a voice to be the transition or a bridge between songs. That shit always interests me because they do that in movies. It’s the emulation of film. Being able to do that and make your own soundtrack to the point that people are being brought into a whole world. If they pause it, it’s like they paused the movie, and they don’t know what’s happening. That dynamic has always been super interesting to me.” 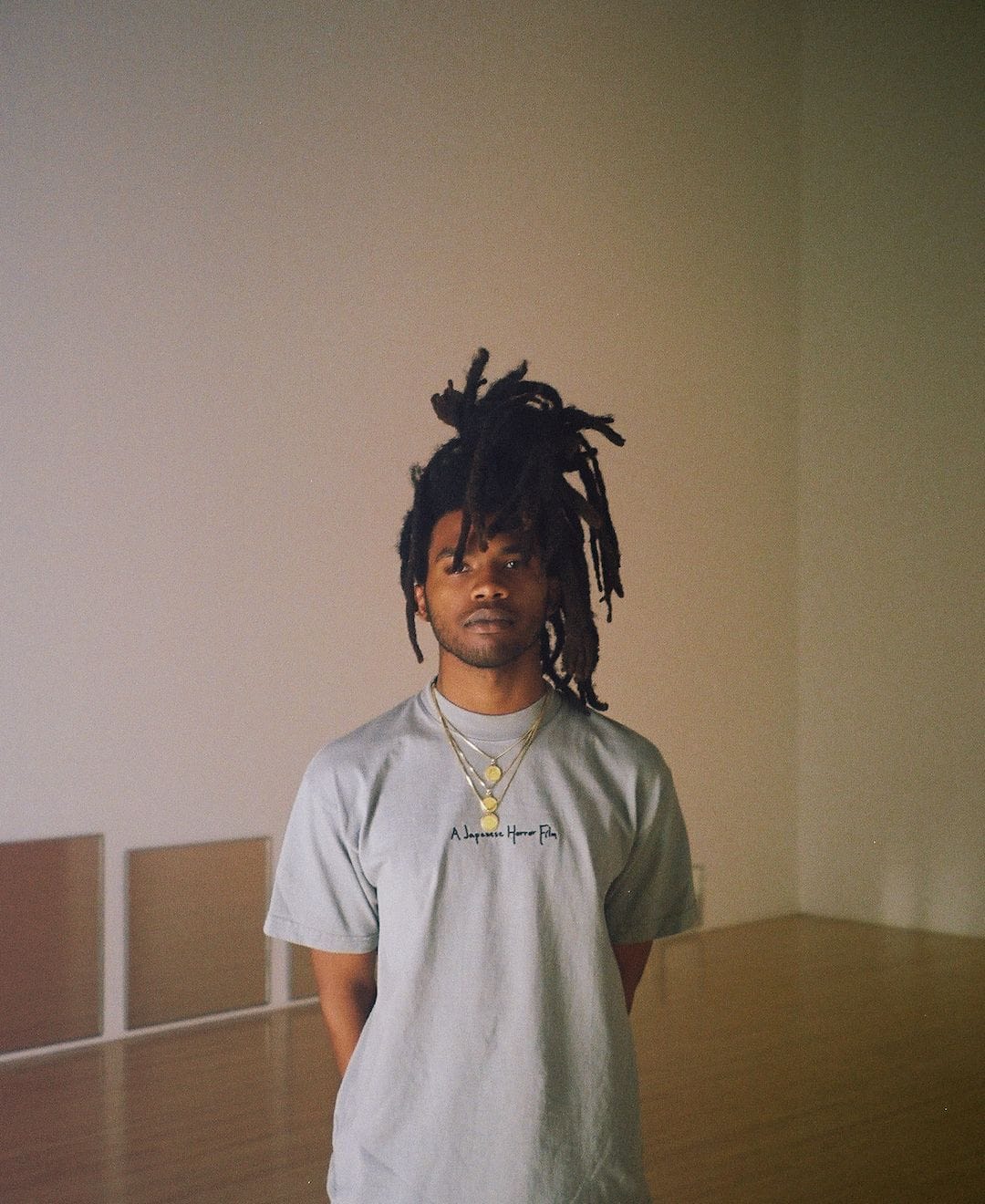 Map out your vision. “I was back home at my mom’s place in 2017. I was super down and not feeling like making music too much. I wasn’t around my friends and wasn’t talking to too many people. I had lived in Georgia beforehand but not where I live now. I drove back to where I lived when I was younger, and there was this antique store next to this Goodwill my mom and I used to go to when I was younger. I went in there and found this porcelain geisha music box.

“I thought it was pretty unique, so I bought it. I tried to sample it when I got home. The porcelain geisha you hear on the album isn’t the original one, but that’s the idea that sparked the concept. As far as the name, I tried to think of something that was all-encompassing of my name and the sounds I was influenced by.

“I like Japanese culture, obviously. The Monotone Samurai has been a name I’ve run with my whole career. I don’t necessarily like horror movies, but I always liked the suspense and eeriness. I also like old film and am fascinated by the difference between the perception of film being older and movies being more modern in people’s heads. The title is long, but it gets the point across.”

Create more than you need. “During the making of A Japanese Horror Film, I was making music just to stay sharp, and then the concept came along. I had elements of Japanese culture I liked, and the concept came together while I was researching. That’s how the storyline was built. As for the music itself, I would drop projects like Project 0 and Nebulous that were full of songs I made during the making of A Japanese Horror Film that didn’t fit what I was trying to get across there. That’s why those other projects exist.”

Do your research. “A lot of research and a lot of experience. Not necessarily with astral projection, but life experience. I read a lot of books and researched different yokai that I felt resonated with the story and with what I’ve done. I had to research water yokai because I go to Atlantis and I couldn’t talk about any yokai or monsters in Japanese culture that weren’t aquatic. That wouldn’t make sense. I had to research aquatic yokai and land yokai and yokai that would actually be in these situations and would make sense if anyone else does their research on anything I said.”

Be respectful of other cultures. “Casting this was hard because I went through different people for these roles. There were certain people I wanted to cast initially, but then I thought: ‘Why would I do that when I could get someone who actually represents this background to do it?’ Fifi [Rong], who played the Porcelain Geisha, was the person who put me in touch with [Kiminori Chiba], who played the taxi driver. Fifi’s understanding of what I wanted to do and my love and respect for the culture was the turning point for the album being more authentic. Not to say everyone’s gonna feel that way, but Fifi’s understanding gave me confidence.

“It was the same with Kiminori. I wanted the Japanese language to be spoken as well, so that’s why he’s speaking in Japanese on ‘Taxi Ghost’ and basically saying, ‘What the fuck is going on?’ before it cuts to ‘Porcelain Geisha.’ I wanted it to be authentic and relatable, not just in English but Japanese as well. I wanted it to be as subversive as it could possibly be without using samples. I didn’t really sample at all on this album.”

Don’t be afraid to get weird. “When I write, I try to write very surreal. People I look up to in literature are very surrealist writers. They’re able to move in and out of reality seamlessly, and that’s something I gravitated to when I was in high school. I think that’s something rappers don’t really do.

“A lot of rap is based in the real world, and there’s just as many people who have gone around that mentality throughout their careers, and I wanted to follow that path. I wanted to try to make it wavy and real as fuck but still have it be slightly off. It’s what I’ve wanted to cultivate my own style of, and I think A Japanese Horror Film is there.”

Condense your thoughts. “The most intimidating part was condensing everything I wanted to say across the project. It was originally a lot longer. How can I condense my thoughts and get my points across accurately without having to use 30 songs?”

Tell your story the right way. “I knew the album needed to maintain a certain vibe throughout. I couldn’t just be jumping from a mad, happy song to a super dark song. There had to be a lot of neutral songs and songs that felt like they fit together like puzzle pieces. It’s like I’m giving myself time to get my point across; it’s like a Netflix series. You get something out of each episode until you get the full scope of what’s going on.”

Be patient. “Be as patient as you can be with yourself and the people around you. Music, at the end of the day, is just a reflection of life. You gotta be patient with your music and yourself and your friends and your life. If you’re trying to make an album, take the time to make sure it’s right. It’s gonna take some time and effort. Just be patient.

“It’s not worth rushing it because then you’re gonna fuck up. And when you fuck up, you can’t undo that fuck-up. I’m not like Kanye, where I can edit songs on TIDAL and shit. Once we get it pressed on vinyl, it’s out there, and I can’t touch it ever again. It has to be right if you want it to be timeless, and that’s what I aim for: timelessness.”