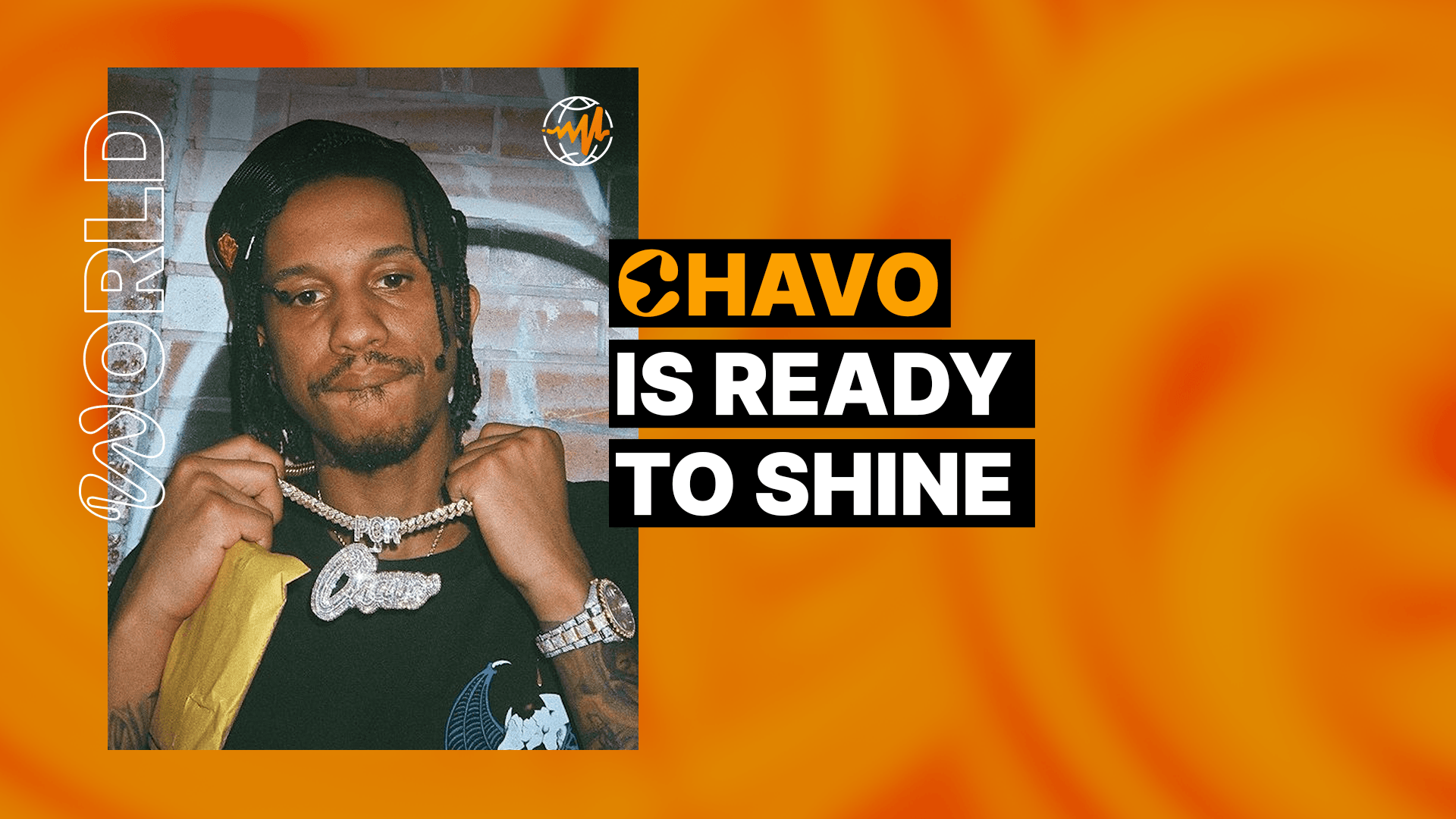 Chavo’s music carries the same energy as the mob movies he grew up watching. The flexes and threats might grab attention first, but closer examination reveals an artist that prioritizes humor and wit in his art. “Michigan,” Chavo’s biggest song to date, spotlights this duality as he casually raps over a beat that sounds like a heated Pokémon battle. As one of the foremost members of SossHouse, an independent record label headed by Pi’erre Bourne, Chavo’s self-described “high class, luxury trap, relaxed” style of rap blends easily with the super producer’s ingenious beats.

Before Chavo obtained his current name (which comes from a Wiz Khalifa lyric) he was known as Ray Ray and had already obtained a deal with Interscope Records at the age of nine. Forming a group with his cousin James and Baby Bun (Big Pun’s son) called 3 Down, they were able to work with rap star Nelly on their debut album. However, before it could release, the trio was dropped from the label and the group disbanded. The setback didn’t deter Chavo, and he continued to develop his sound and drop projects through the DatPiff and Mixtape Kitchen days to the present-day streaming age.

Originally from Boston, getting out of his comfort zone and moving to Atlanta kickstarted the current iteration of Chavo’s career. Through his cousin, YSL artist Strick, he met Pi’erre Bourne around 2014 and the basis of their relationship was formed through recording sessions at Chavo’s apartment. The two kept in contact over the years and when Pi’erre began to plant the seeds for SossHouse, he made sure Chavo was one of his recruits. 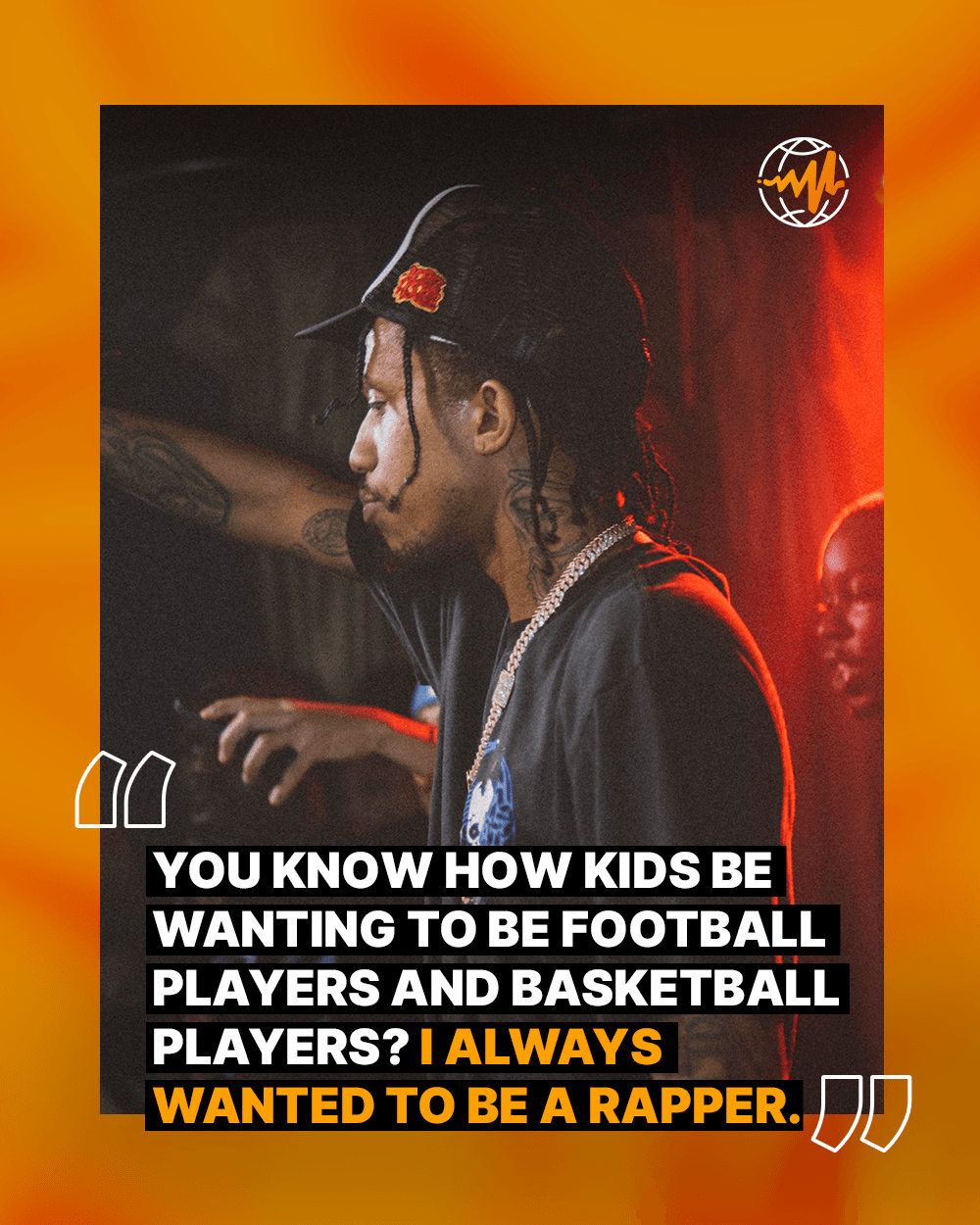 Last fall, the fruitful partnership finally culminated in their first official joint project for the label, Chavo’s World. The mixtape features Chavo perfecting how to create crystal-clear imagery that matches his crisp vocal delivery. And as usual, Pi’erre’s quirky sounds range from sinister to playful, producing the perfect backdrop for Chavo’s kingpin raps. The sequel, released in August, is a victory lap celebration, with Chavo handing the vocal baton to Pi’erre sporadically.

“[Pi’erre] wanted me to build the Chavo brand up. Let people see my talents and see what I could do.” Chavo says. “Now he’s just like fuck it, let’s get this stuff together.”

Did rapping come easy to you?

Not at first. When I was younger, I had to go through the little ghostwriter thing. I was like 10, 11. I was always writing, but I never thought my stuff was as hard. It wasn’t until I was like a teenager and I started dropping mixtapes of my own.

When did you first meet Pi’erre?

I met P’ierre through Strick. He used to record Strick at his crib and I used to always be at Strick’s crib.

Then he started to record me. He would come to the crib—he stayed close to me. We both stayed in Smyrna in Cobb [County] and where he stayed was probably like five, 10 minutes away from my apartment, around the corner.

What year was that? 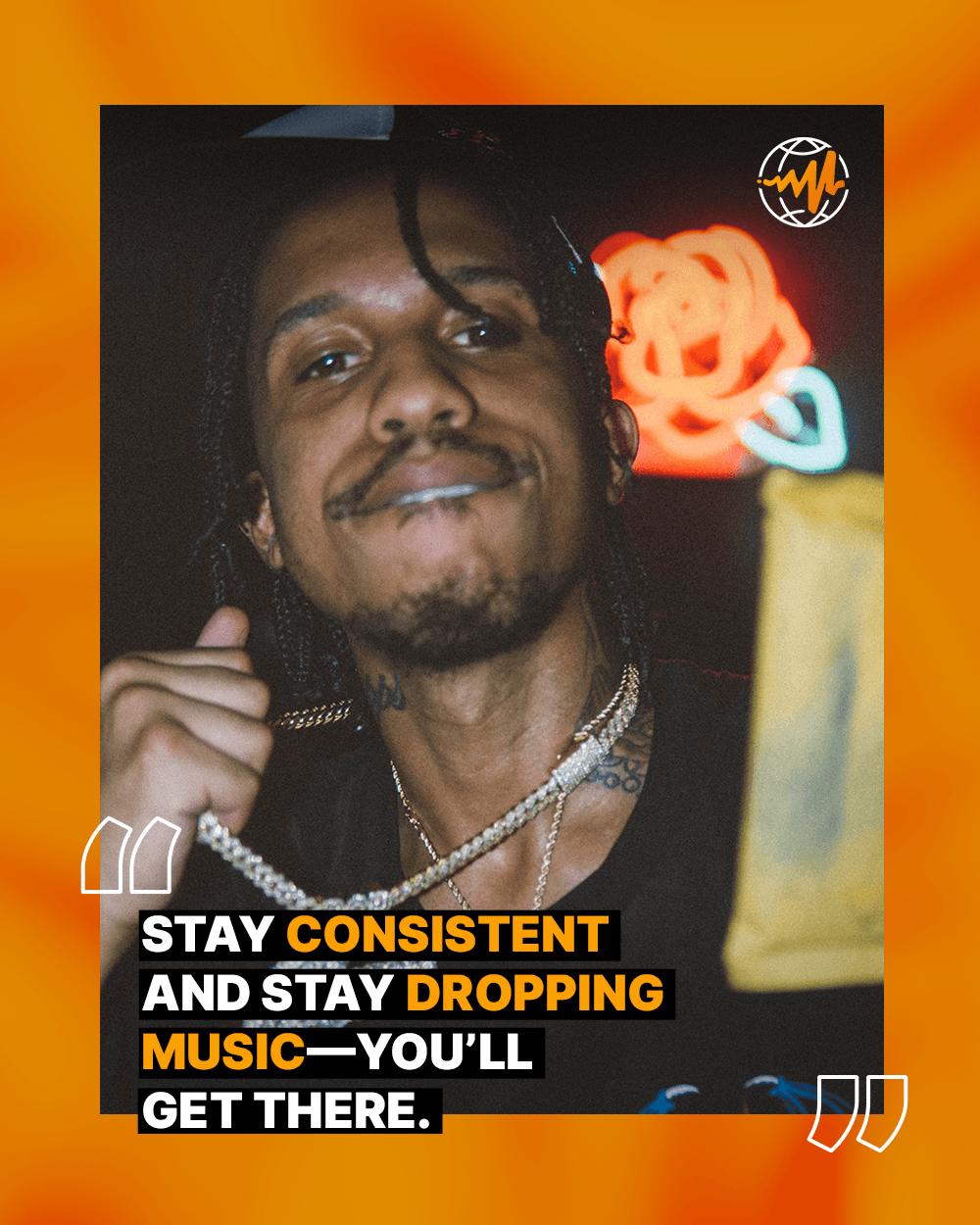 When did that become him trying to sign you?

I was living in Miami. After I met him in Atlanta, I moved back to Miami and he had a show [there]. I think it was a [Playboi] Carti show. He needed some weed, I pulled up on him and brought him some. We chopped it up and he was just telling me how—he’s been telling me about the SossHouse thing—but he was telling me how he’s really serious about it.

He was telling me he was tryna sign me, how I need to get back to Atlanta. So that just always stuck in the back of my head and when I got back to Atlanta, I got serious and me and him just locked in.

Did that motivate you, being a part of SossHouse?

Definitely motivates me, because P be working his ass off, working like a motherfucker. He be in the studio hours and hours. He don’t be sleeping. I be tired as hell and he’ll be up. That shit motivates the hell out of me.

What is the process for you guys?

He just sends me packs and whatever he sends I try my best to complete every song. So if he sends me 10, I’ll try to do all 10 or maybe nine out the 10, eight out the 10. We’ll just decipher which ones we like.

Did you expect “Michigan” to blow up like it did?

Not at all. Like I told you, I would get a beat pack from P and I do a whole bunch of songs. “Michigan” was one of the songs I did. I think I did seven or eight songs that day and that was one of ‘em. That’s the one people gravitated towards. And that song’s old, I did that song probably like [some time in] 2019.

How was getting Babyface Ray for the remix?

When I was talking about the remix, he was the person I wanted. That’s who I was listening to at the time. He’s from Detroit and he was the only person I was listening to from Michigan. My people, my boss, my manager has a relationship with some Detroit people. I got a relationship with Ray and it was easy to get the verse and get the business sorted out. Out of all the people in Detroit, that’s who I listen to. I can relate, so I fuck with it.

What was the first song that really set it off for you? Or was it just consistency?

Consistency. I tell people all the time when they DM me asking for tips. “Yo, what do I do?” I just tell them to stay consistent. They feel like nobody’s listening. You just got to keep dropping this game consistently. And now my shit probably do like two to three million plays. Just gotta stay consistent and stay dropping music—you’ll get there.