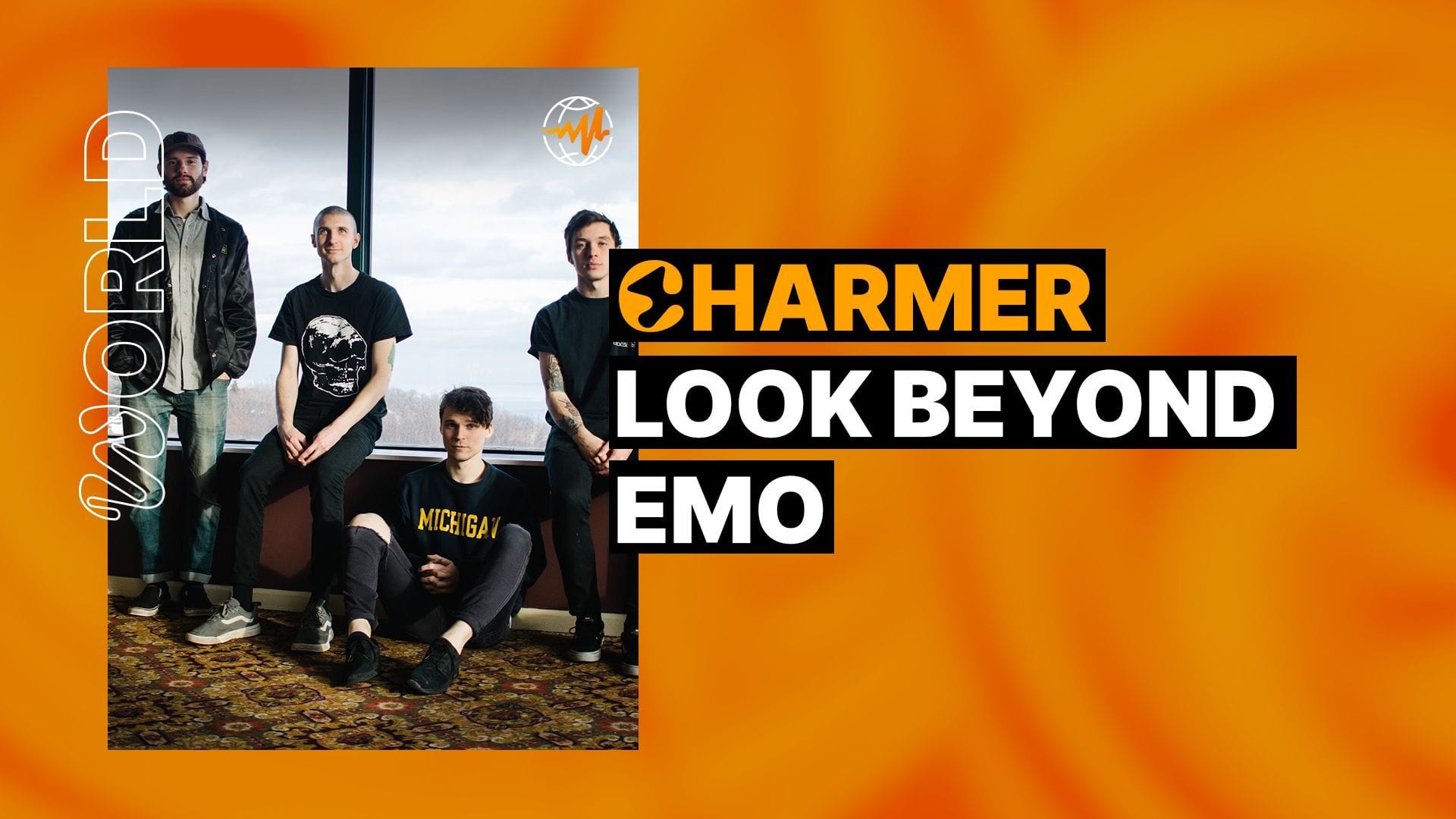 Charmer’s relationship with emo, as so often tends to be the case, is complicated. On their 2018 self-titled debut, the Marquette, Michigan group reveled in the familiar rhythms and tunings of contemporary emo. It was an affable record, modest in scope but big on conviction and pep. If it sometimes hewed a little too closely to genre conventions, that was a feature, not a defect.

While the band’s sophomore album, ivy, doesn’t forgo those creature comforts, it shows signs of Charmer’s growing estrangement from emo. A record centered around quarter-life indecision, the societal pressure to pursue higher education, and internalized class inferiority, it tempers the twinkly edge of Charmer’s debut in favor of a cleaner, crisper sound shaded with the dejected jangle of early ’90s college rock staples like The Lemonheads and The Posies. The record seemed like a safe bet to help the band build on the goodwill of their debut, and perhaps even draw in some new listeners who normally wouldn’t give emo much time of day.

Except, of course, it didn’t work out that way. The record dropped last April, during the most uncertain days of the pandemic, ending the band’s tour plans and stymying the promotional campaign around the record. Charitably, you could say the album slid under the radar, but that understates how little attention it garnered. Even publications that live for this kind of music seemed to completely overlook it.

Despite the disappointment of releasing an album that didn’t find its audience, singer-guitarist David Daignault and drummer Nick Erickson say if they could release the album all over again they wouldn’t do anything different. You make music, you put it out there; that’s really all you can do as a band. But as Charmer continues to wait until whenever it’s safe to tour again, they’ve had time to consider their next move and the kind of band they want to be—a re-evaluation, they say, that’s likely to take them even further away from the kind of purist emo they initially staked their claim on. 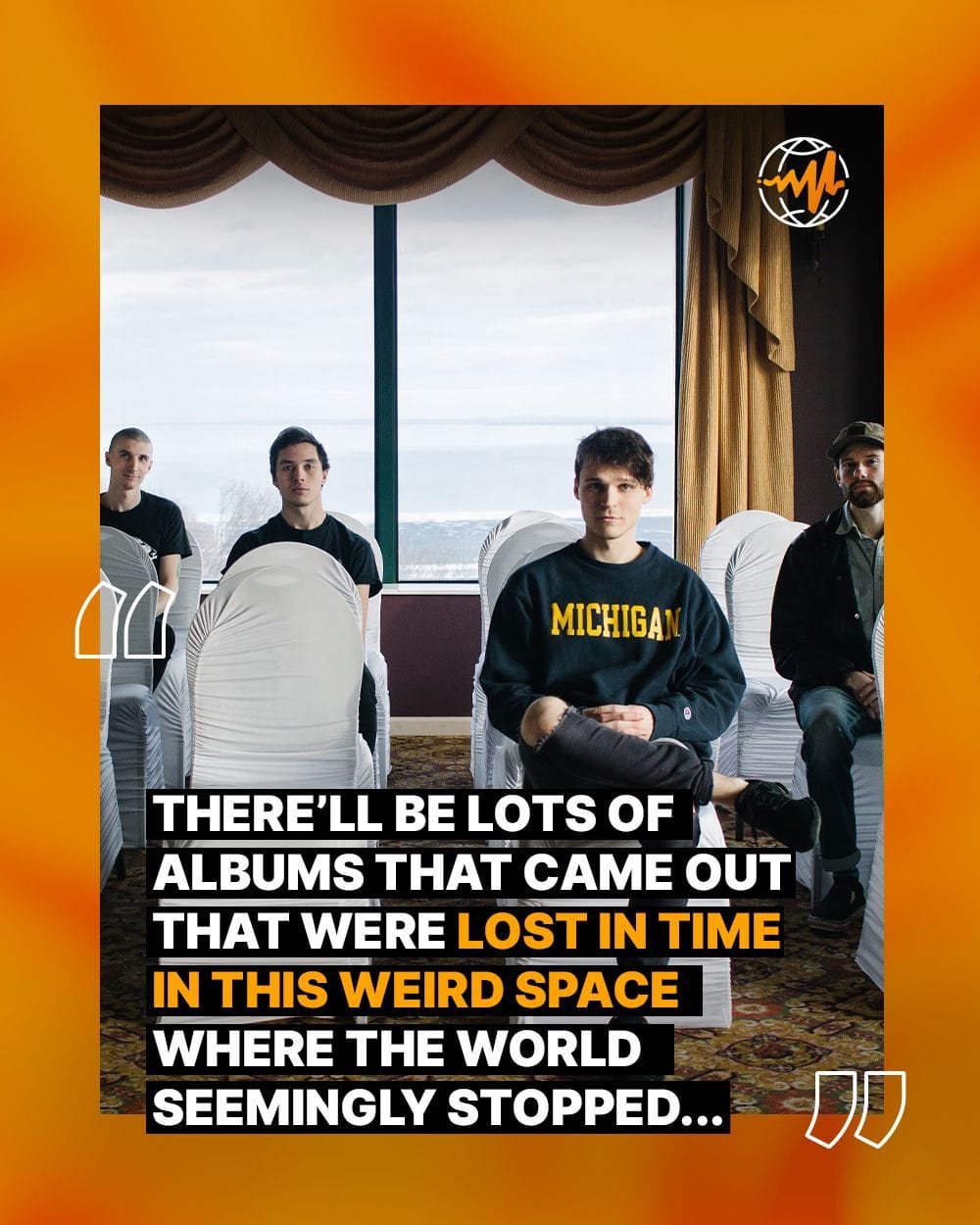 When you were writing the songs on ivy, what kind of headspace were you in?

David: We were just playing with a lot of different ideas. I don’t think there was any certain headspace we were all in. We kind of just busted out an album.

Nick: Yeah. It came together kind of mathematically. It was very piecemeal; each individual was bringing in little chunks and we would put them together accordingly. There wasn’t a whole lot of group activity when it came to coming up with the actual parts.

Was that your process for the first album, too?

David: No, it was like the polar opposite. With that album, we were coming up with songs that were pretty much ready to roll.

Nick: Yeah. We played those songs out a lot more live.

David: We haven’t played any of the new songs live, like at all.

That must suck, having all these new songs you can’t play.

David: I dunno. It’s okay. It makes it more fun because by the time we play shows we’ll probably have new music. So it’ll be like one of those “special albums.”

“Special album” sounds like a nice way of saying “lost album.” If you’re already moving on to the next album, did these songs get the fanfare they deserved?

Nick: It’s hard to say because I want to say that over the last year, there’ll be lots of albums that came out that were lost in time in this weird space where the world seemingly stopped a little bit. But I’m interested to see—and I guess being in this band, maybe we’ll be able to see this first hand—if people maybe had more time to sit with albums and appreciate them on a deeper level. So that’s always possible, too.

I think a lot of people have vivid associations with certain records they listened to during the pandemic, especially those scary early days of the pandemic. But it seems like most of the records that people connected with during that time had a solitary quality that somehow spoke to the quarantine, and ivy doesn’t really feel like that kind of record. Its concerns are very pre-pandemic.

Nick: But there might be a benefit to that. When I think of the early days of the pandemic, it’s very surreal for me. When the pandemic started, I was watching The Sopranos for the first time and I feel like I’m going to think of that whenever I think of The Sopranos now, because it’s unlike any other time of my life—or anyone's life, for that matter. And I have to wonder if people will associate this album with that time and therefore, maybe it’ll have this extra meaning to them. 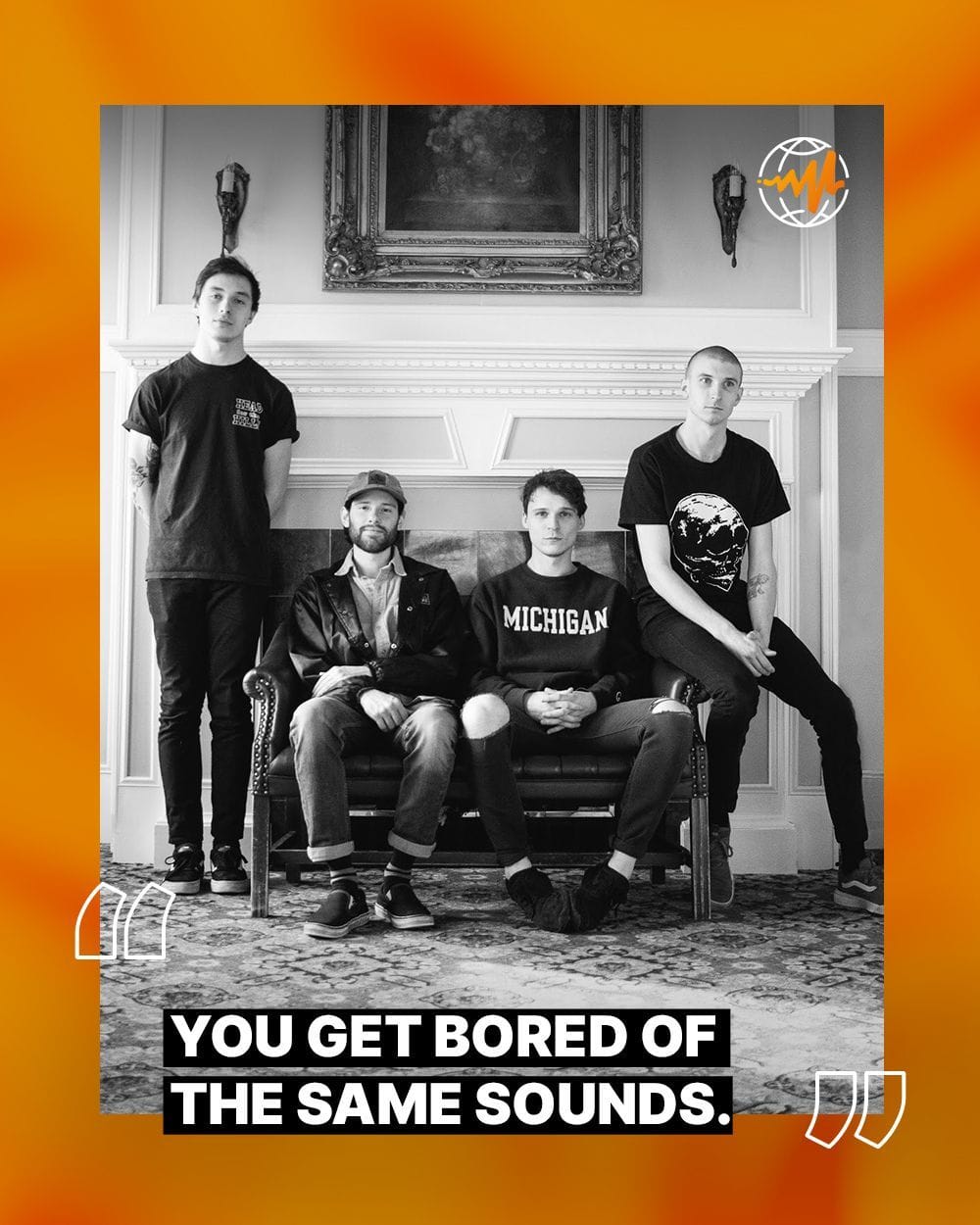 Musically, ivy sounds quite different from your debut to me. I hear a lot of early ’90s college rock in it; one of my friends said it sounds like Matthew Sweet. There’s a chime and a jangle to the guitars that wasn’t really there on your first record. David: Yeah, definitely. I think we were just trying to expand and be more of a band-band, rather than trying to be like a genre. So we kind of just let ourselves do our own thing and push a little bit further than we did on the first one. And I think on the next one, we’ll push it probably way further again. You get bored of the same sounds.

Nick: I was just thinking of Matthew Sweet today, so that’s a weird coincidence. But I also think, too, just the fidelity of the recording on the second album as compared to the first one probably aids in what you’re talking about, with the guitars sounding that way.

To me, it doesn’t sound like it’s really produced like an emo album. There’s a clarity to the guitars that really stands out.

Nick: Yeah. It’s way more produced than the first one for sure.

What is your relationship with emo these days? I know artists’ relationships with that music and scene often change as they age.

David. Yeah, I was very into emo when the band started and it definitely has faded in the past several years. I’m not nearly as into it as I used to be, but I still can appreciate it. But that’s not just with emo. It’s with a lot of music in general; I find myself not listening to a lot of music. And you know, once in a while, I’ll come across something that’s come out that I really enjoy.

Nick: I don’t want to be that guy, but I feel like the term “emo” is so debatable. Like what I sort of perceive to be the emo scene nowadays is so much different than the stuff I called emo that I liked from the mid-’90s to the early 2000s. It seems like it’s something very different now.

I feel like, at some point around 2015 or 2016, emo just became shorthand for indie rock with loud guitars. At some point, indie rock abandoned any relationship to punk at all, so a bunch of bands that might have been considered indie rock in the early 2000s suddenly were getting lumped in as emo instead because that’s how they could find an audience.

Nick: Totally. Within post-hardcore, there was also a group of bands that were emo or whatever, and some might base that off of the lyrical content. But to me, with a band like Christie Front Drive or something, the emotion is really in the guitars, and in the way they built drama between the two guitar players. I feel like a lot of those bands worked in that sort of mode, whereas nowadays, a lot of the emo music has more in line with the self-deprecating millennial, Twitter humor. There’s less emotion in the music, you know what I mean?

I feel like that's what puts people off about it. It’s not so much the earnestness; it’s the perceived smugness—the song title that runs on way too long, for instance. That can reflexively piss people off sometimes.

Nick: I mean, it pisses me off! Emo is a meme now. It’s very memetic.

Does that weigh on you? As a listener, I don’t especially care about the sanctity of emo. But as musicians who are part of that world, I imagine you’re a lot more sensitive to how it’s perceived.

David: I think I used to take it a lot more seriously earlier on. I felt that way at one point. But you know, you grow, and you gain some perspective. Now I think I’m having more fun with that aspect of the songwriting. But, yeah, I would say at the beginning, I was really sensitive to it.