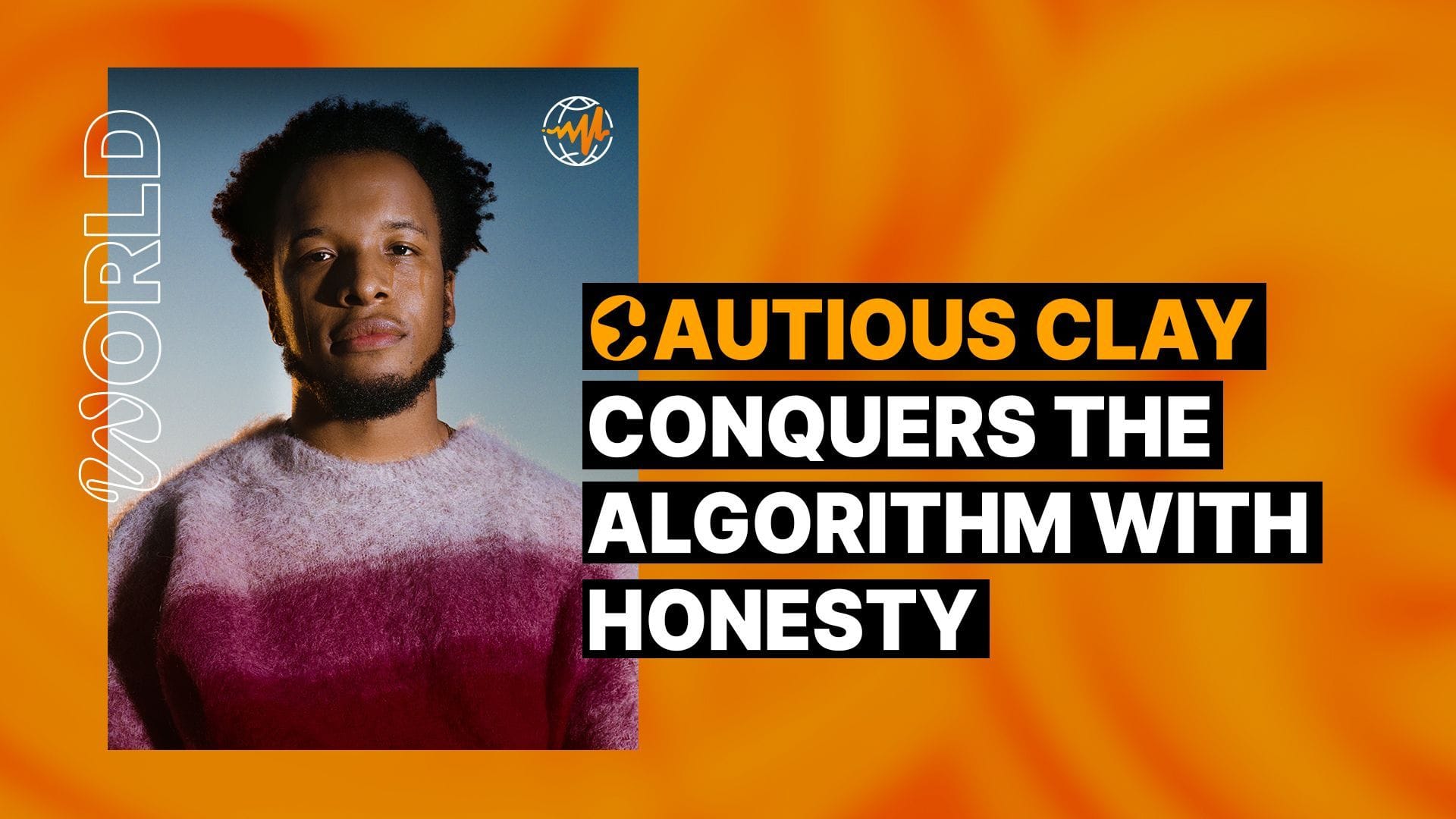 Someone is trying to hack Cautious Clay’s Instagram. I’m told a couple of minutes before our interview is supposed to start. He hops on the phone audibly stressed, trying his best to answer my questions, but understandably distracted by the crisis going on behind the scenes. Eventually, we take a quick break so he can change his password and put his mind at ease. Over the phone, I hear him muttering to himself: “How do I—where is the—I’m just looking for the—oh, there we go.”

I’d call this a humanizing moment, a rare glimpse behind the artistic mystique. But Cautious Clay’s music is filled with these types of moments, so this is par for the course.

Broadly speaking, the 28-year-old Cleveland native doesn’t make the type of music always associated with sincerity. His glossy brand of not-quite-pop-not-quite-anything-else-either slots seamlessly onto verified playlists spanning multiple genres. You could imagine it playing in a Starbucks or H&M. It’s popped up in movies and TV shows like Booksmart and Insecure. Somehow, it never seems out of place.

And yet, Cautious Clay’s music doesn’t come across as opportunistic. If it ever feels too glossy to be authentic, it’s not because he’s cashing in on a timely sound. It’s because he’s a classically-trained multi-instrumentalist who pulls together the most crowd-pleasing elements of his diverse influences to create an accessible blend. If it ever feels too relatable to be genuine, it’s not because he’s cynically tackling cliched ideas. It’s because he’s a young millennial plagued by the identity struggles inherent to his generation writing about what he knows.

By and large, these have been the defining traits of Cautious Clay’s music since he burst onto the scene in 2017 with his massive debut single, “Cold War.” The song, which would later be sampled by Taylor Swift on her song “London Boy,” kicked off a journey that eventually led to the release of three well-received projects, Clay’s music catching the ear of artists like John Legend and John Mayer, and a slate of high-profile writing opportunities.

On his new album, Deadpan Love, released June 25, Cautious Clay recaptures this feeling once again. It’s a collection of 14 catchy tunes that shatter any misconceptions about his honesty the moment you hit play. 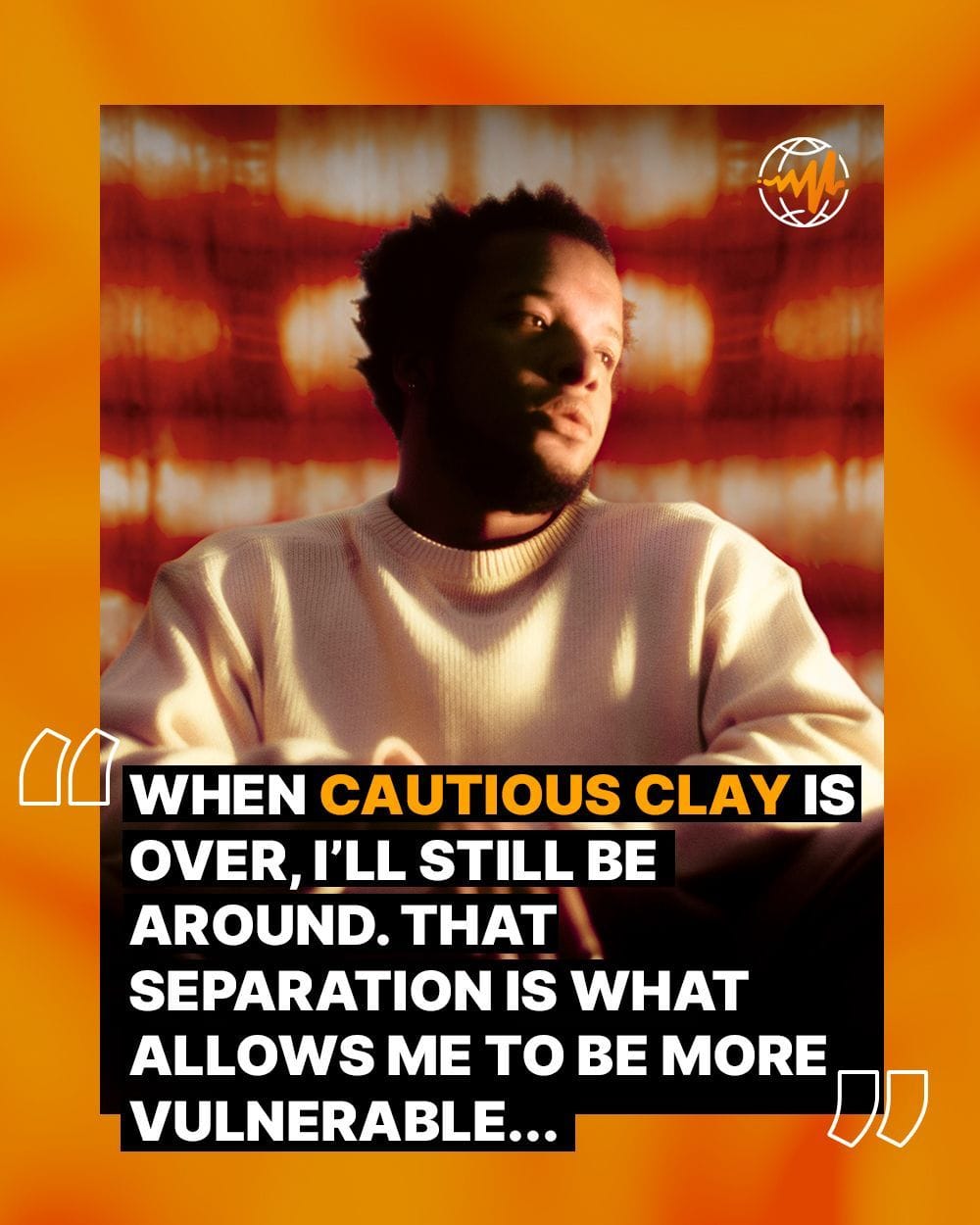 One of the things I’ve noticed about your music is you’ve had a lot of success getting it placed on verified playlists and in TV and movies. What do you think it is about your music that speaks to the curators who make those decisions?

I think it’s polished. I’m not just saying that because I’m trying to gloat, because there’s also a lot of incredible music that doesn’t get placements. But I’ve noticed a lot of new artists—not every new artist, but a lot of them—don’t know shit about music. And it’s not because they’re bad musicians. It’s just because it’s sloppy.

I think it’s also about if you can write music that fits into certain buckets, whether it’s indie or hip-hop, or whatever. Nowadays, everyone wants to say, “Oh, I make genreless music.” And I agree with that to a certain extent, but I think now we just have different categories. People have been making “genreless” music since the ‘70s. It’s really just new packaging.

I’ve seen you reference everyone from Nick Drake to Rick James to Debussy as inspirations in interviews. When you sit down to create music, how do you reconcile all these seemingly conflicting influences into one coherent sound?

I think that’s really it. All those references are so obscure and different that you just have to find ways to take from it what you might. You’re only as good as the music you know, and I feel like I know a ton of music. So, I can always be like, “Yeah, I see where you’re going with that.” Even with collaborators, it enables me to be like, “I see what you’re trying to do, but this is how you really want to do it.”

It’s just about opening your mind to the possibilities of whatever you’re doing and not feeling like you have to get stuck in whatever type of music you’re making. I know tasteful music, and I also know “untasteful” music, and I love all of it for different reasons. It boils down to understanding what the song needs. Sometimes you have to think like a child, and sometimes you have to think like a 48-year-old jazz-savant guy. You have to get in all the heads at once.

Your album title, Deadpan Love, as I understand it, is about hiding your vulnerability beneath a tough exterior. But, as an artist, your job is often to be vulnerable in front of millions of listeners. Why do you think it’s easier for you to be vulnerable in your art than in interpersonal relationships?

What it comes down to, I think, is I can separate myself from what I make. Once it’s done, I can be like, “Cool, I actually like this.” But it’s not me anymore, I just sang it. Now it exists outside of me.

When I released my first-ever thing, that solidified the fact that Cautious Clay is now an artist, but I’m also Josh Karpeh and a human being. It’s only an outlet for me because I can separate myself from it. I can’t always separate myself from the relationships I have, because that’s my life. When Cautious Clay is over, I’ll still be around. That separation is what allows me to be more vulnerable in the music. 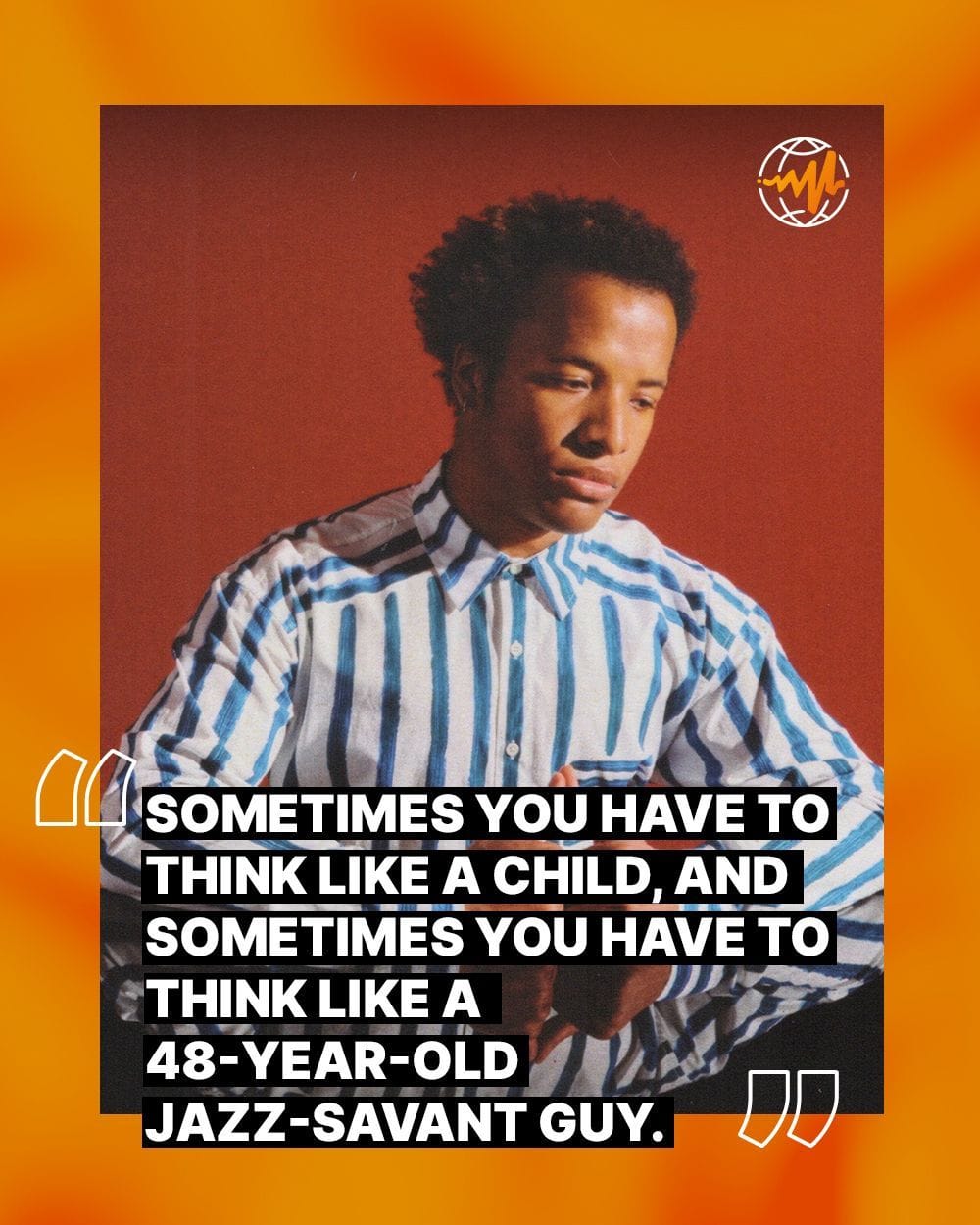 On your song “Spinner,” you have this refrain where you talk about how “living for your dreams isn’t always what it seems.” What do you mean by that specifically?

It’s a song about being an artist and also trying to express yourself in a meaningful way because that’s what people seem to connect to. As an artist, you have to put yourself out there all the time as a job, so you sort of have to desensitize yourself to it. You’re constantly trying to spin the truth.

But, if you’ve been putting out music for years and years and you have a new release, you have to ask yourself, “How do I make meaning out of this?” It is meaningful, obviously. But you have to put in that mental work to express that meaning and stand behind it and feel like you’ve evolved as an artist.