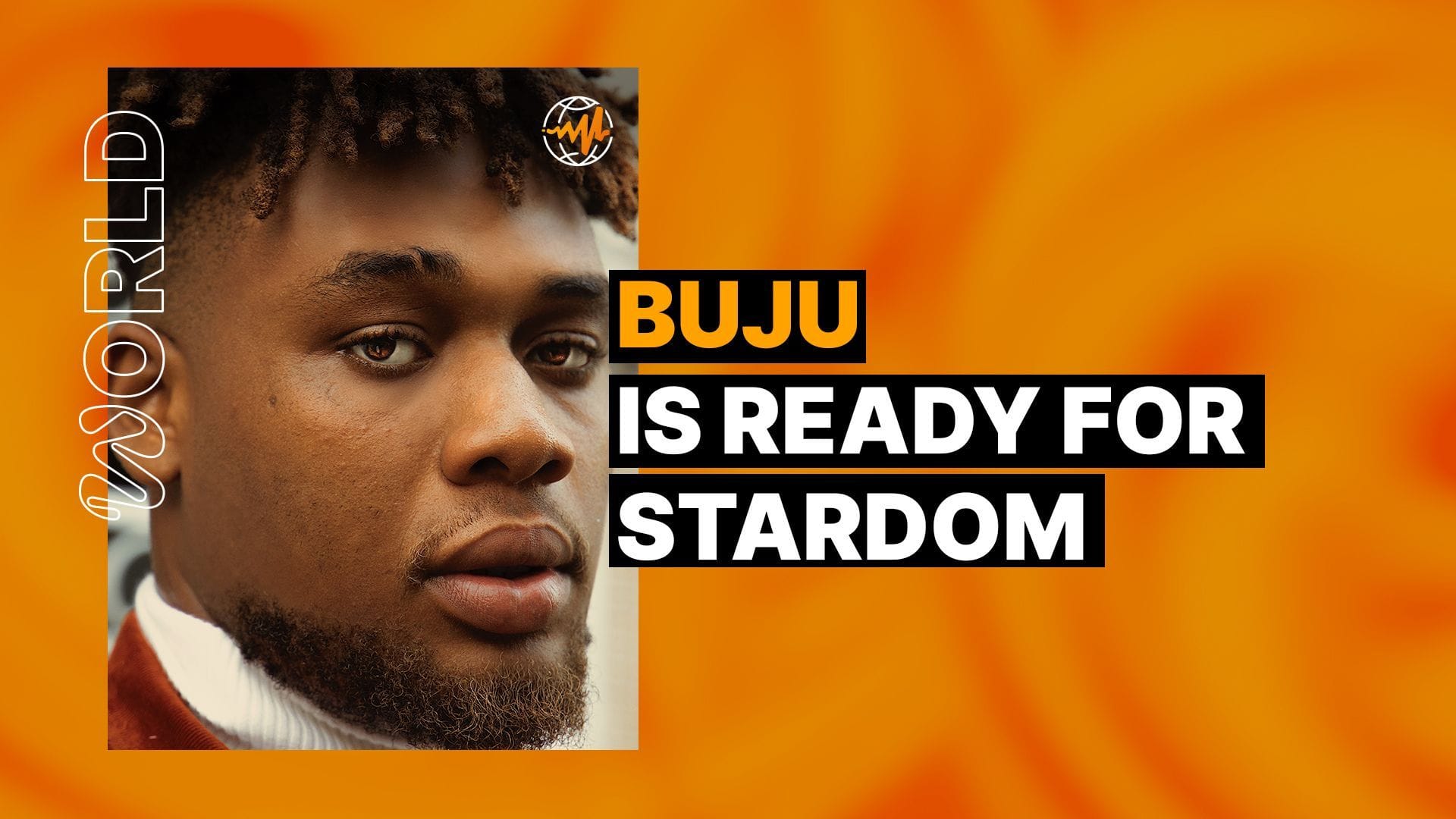 Getting signed by your idol is nothing short of a dream. In April 2020, this was Buju’s reality when Burna Boy’s Spaceship Records officially announced the signing of the Afro-fusion artist. The journey to this record deal was no stroll in the park, however. It stemmed from years of hard work, and an explosive 2019 which positioned Buju for greatness.

While in university, Buju (which stands for Beauty Underneath Just Understood) made music that detailed his personal adventures, accruing a sizable following from singles like “Energy,” a song about a lover that showcased Buju’s smooth but authoritative voice. In the summer of 2019, while on a canoe adventure a short distance away from Lagos’ floating slum, Makoko, Buju freestyled the words that would later become lyrics to his emo-fusion song, “Commander.”

“‘Commander’ was me describing the first time I had sex from the girl’s perspective,” Buju tells me when we meet in Lekki, Lagos, Nigeria. The freestyle went viral on Twitter, and Buju’s organic following continued to expand. Later that year, Buju released a snippet of his forthcoming single, “Spiritual.” After online clamour by fans and Buju as well, street-hop artist Zlatan Ibile jumped on the song, and Buju’s status as a rising artist to know was cemented.

In April 2020, Buju stunned his fans by releasing a remix to his hit song, “L’enu,” featuring his longtime idol Burna Boy, and subsequently shared the news that he had signed with Burna’s Spaceship Collective label. Since signing, Buju’s formerly consistent release schedule has turned to a stockpiling of recorded material, and the artist has gone as long as nine months without releasing any music. Now, with the announcement of an upcoming project, Sorry I’m Late, Buju is ready for his long-awaited ascent to Afrobeats stardom.

How monumental was “Spiritual” for your career?

My biggest song ever. “Spiritual” is still the core foundation of who I am. The thing with “Spiritual” is people didn’t even identify with who was singing the song—they were just like, “Zlatan is on this song.”

How big was that Zlatan co-sign at that point?

My God! You had no idea. Zlatan was top-five and not number five. He was on fire. At that time, a verse from him was costing a lot. For me to get that verse free, and for him to still put a video up for me... Zlatan was the realest and is still the realest. It got me on shows. I traveled with that song. It was very instrumental in my career and I can never take that away.

How important is it for you to make music that is a reflection of who you are?

What’s it like signing on to a record label owned by your idol?

The thing is I wasn’t even told that I was getting signed. I was told that I was supposed to meet Burna, only for me to meet him and play him records. He doesn’t even tell it to me—his mom walks in and he goes, “This is the boy I am signing.”

And then you got the Burna Boy co-sign on the remix of “L’enu.”

It was “Spiritual,” but multiplied by three. It was so instrumental. People might not have put a face to it because I could go to places, and people might not go crazy, but immediately [when] they play “L’enu,” they start treating me like I am Wizkid. It was crazy. I wanted to work with Burna Boy closely for years.

You have a growing cult following. How much does that do for you, knowing you have people that would ride so hard for you?

It’s what has kept me going. For like nine months, I didn’t drop any music. 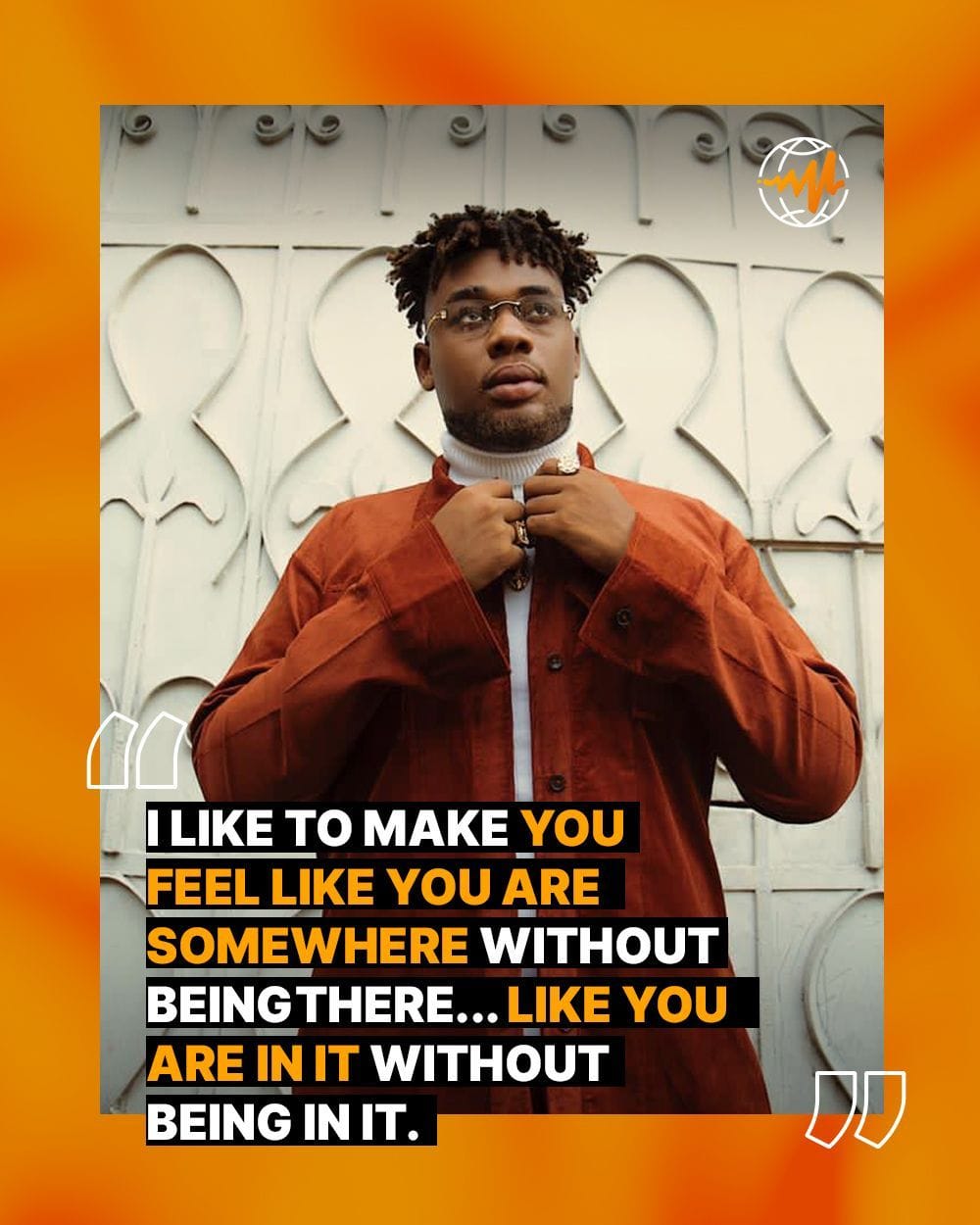 There was a freestyle about it.

I did that freestyle in August. At the time, it was 14 weeks. It was off a tweet someone had sent.

You are always responding to tweets.

I try to make everything as real as possible. When it is real, it’s when I can actually write extensively or talk extensively about it. At the time when I made that record, I was so angry. There was so much time that we were taking, and this was because of insecurity based on the pandemic.

Before then, there was a Buju feature or song out almost every week. Why’d you slow down?

When I was putting music out like that, it was because I was trying to make a statement. From July until September, I had recorded 48 songs. I had the artillery. I don’t try to make anything mediocre or anything lesser than what I had done before. I really wanted to put out music.

Do you feel like you have earned your current position?

Yes, I have. I don’t even seem to be as cocky but I feel like I was supposed to be in a bigger position. It’s just that I haven’t put out music. It’s also like, I still am in a bigger position now because I have learned so much over time. The position I am in right now, I know I worked so hard to get here.

What can fans expect from your upcoming project, Sorry I’m Late?

For you, is dropping snippets before singles a great way to market the music?

Yes. I love dropping snippets. That’s what made me blow. If I had never dropped the snippet to “Spiritual,” I would have not gotten Zlatan on it. If I hadn’t dropped the snippet to “Commander,” it wouldn’t have gone viral on Twitter and I wouldn’t have reduced the tempo of the song. It’s not just teasing—it’s like you understand what they want or what they anticipate for most of it.

I want everybody to realize I actually changed my life off this shit and that it was something I said was coming. I want it to be more like a level whereby everybody feels like he actually did that. Before anything else, he said he wanted to be a musician and he did it at the highest possible level.