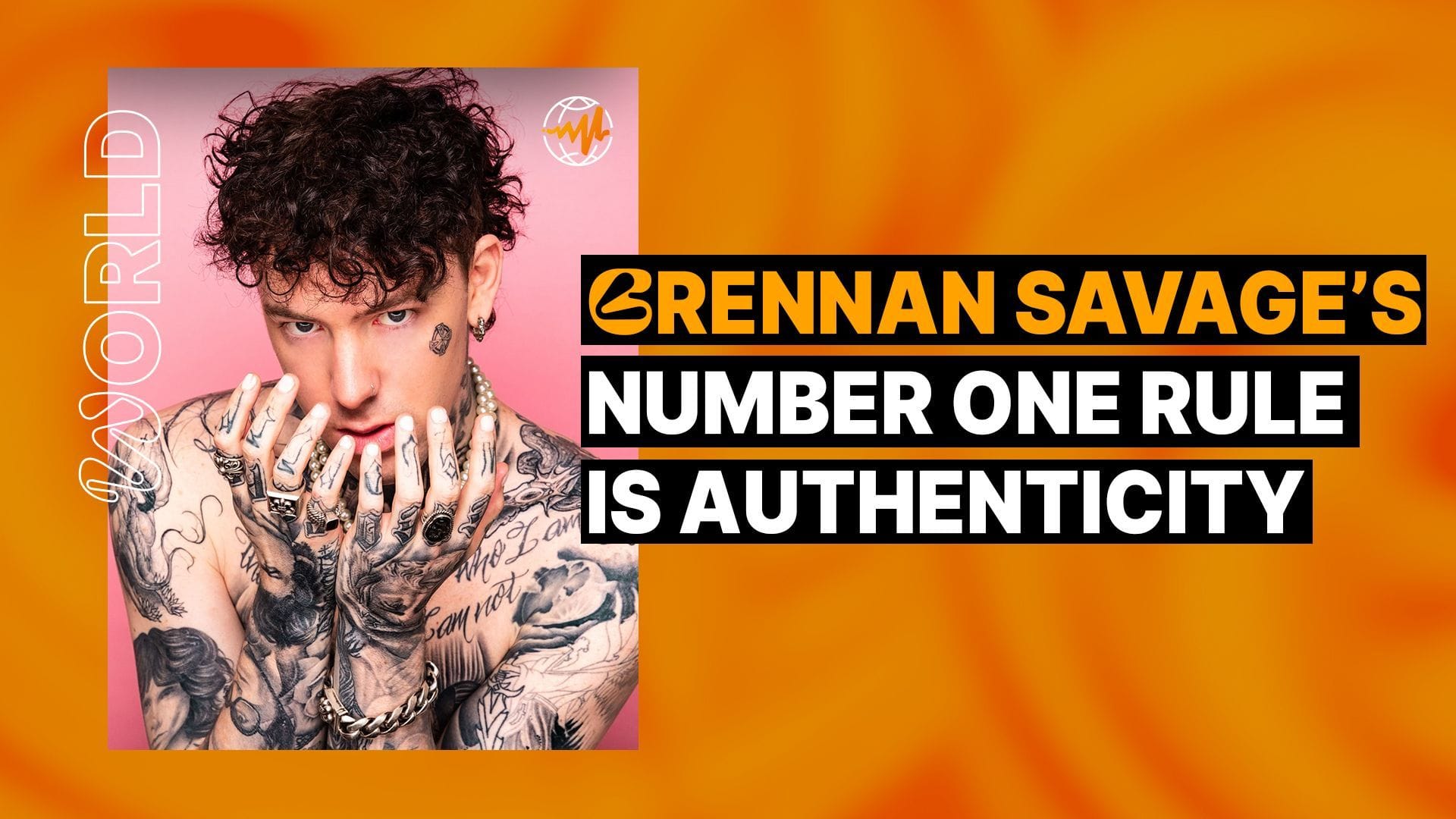 Brennan Savage is something of a foodie. One of the great joys of his life is going out to quiet, ambient restaurants to clear his head and inspire his next song. As he tells it, some of his best ideas have come to him while out for an upscale meal. When asked how many restaurant trips fueled his latest LP, DARKROOM, Brennan gives a hearty exhale and a laugh. Being a restaurant nut is central to his process, but really, it conceals a more serious context: Brennan Savage thrives on doing things on his own terms.

The LA-based artist was first inspired to make music because he was surrounded by friends pursuing the craft—most notably, dear friend Lil Peep. The day he recorded his first song, he dropped it just to see what listeners would say. A handful of years later, with a dedicated fan base and clear understanding of his evocative sound, Brennan Savage still approaches drops in the same way: he makes and releases music he’s stoked on. If he can’t see himself listening to the song, it’s staying in the vault.

Listening to DARKROOM—or 2017’s Badlands, his feature on the latest fish narc mixtape, or any other Brennan Savage offering—showcases an artist obsessed with unpacking the dark times in our collective lives. Though he tells me he’s constantly in a dark place, Brennan does admit music is his therapy—along with going out to eat, of course.

With the line between authenticity and “trying too hard” at the forefront of his mind, Brennan is adamant about making lasting music with a clear message true to his life. He could care less about waves, trends, or A&Ring his music to death. The lifeblood of a Brennan Savage record is its passion and honesty. 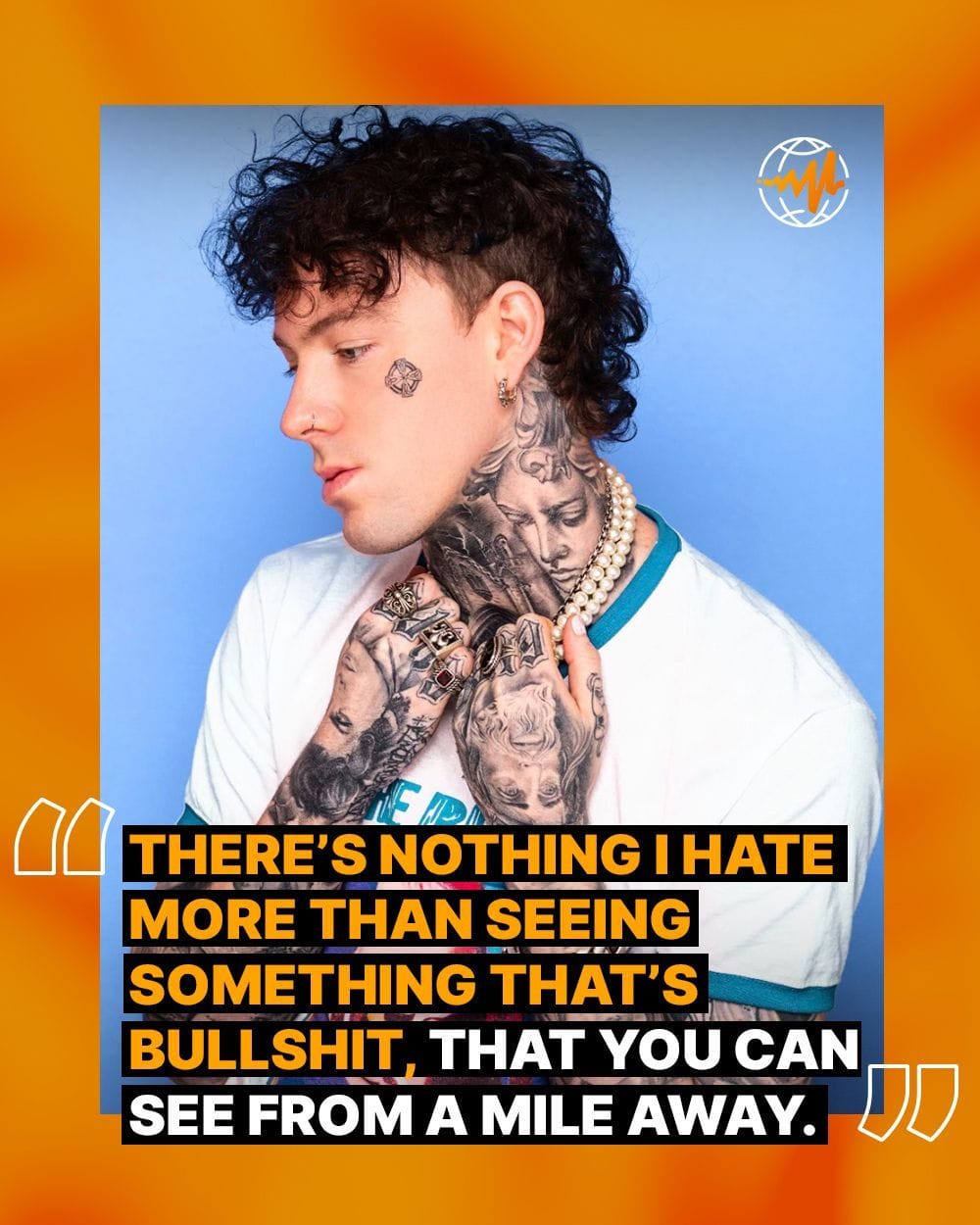 Do you ever get burnt out?

All the time, but if I ever feel that way, I try to just do something to re-inspire myself.

What’s the go-to to get your head where it needs to be?

Go out to dinner somewhere nice. I’m a big foodie, so if I go to a nice restaurant with a nice setting and good food, it just resets my brain.

I’ve written portions of things in restaurants on napkins.

I get some of my best ideas sitting at a nice restaurant, but it can’t be somewhere too crazy. It has to be a quieter place. I like quiet, dimly lit. It really does matter.

Can you talk to me about the recording process of the new project, DARKROOM?

A lot of the songs on the album are from early 2020. Over the past year and a half, or so, I had no idea what I wanted to do album-wise, or what direction I wanted to go in with the music. I was recording as much as I could, and if I made a song I was really proud of, then I would tuck it to the side.

I was at the same house for almost three years, and it was time to move. I was in desperate need of a change of scenery. I found the perfect place, and right when I moved in, I went full-force getting the house furnished and there was a nice space in the house for a studio. I went all-in and built the best studio I possibly could. Right away, I started getting a great collection of instrumentals together and was ready to go.

I locked myself in and recorded every day. In five days, I recorded six or seven songs I loved. I spent a couple days by myself, came up with the album name, and started forming an actual project. It’s the most professional approach I’ve ever taken—organized.

Any restaurant trips for this album?

A lot. Not any specific trips [stick out], because that’s all I care about: going out to eat. Most days, I just woke up and right away I was like, “Where should I go to eat tonight?” It’s relaxing, inspiring, a lot of different things. Especially when you go somewhere new and have a new experience. You just feel so much better after that.

How do you toe the line between being vulnerable and honest while not coming across as, for lack of a better word, corny?

I try not to overthink it. Everyone’s process is different. I’ve never worked on a record for more than two hours in my life, ever. That’s how you keep it organic. You do it, and if it doesn’t sound good, you move on to the next one. I never go back, only for mixing and mastering. I never spend too much time on a song, because that’s when it begins to fall apart. 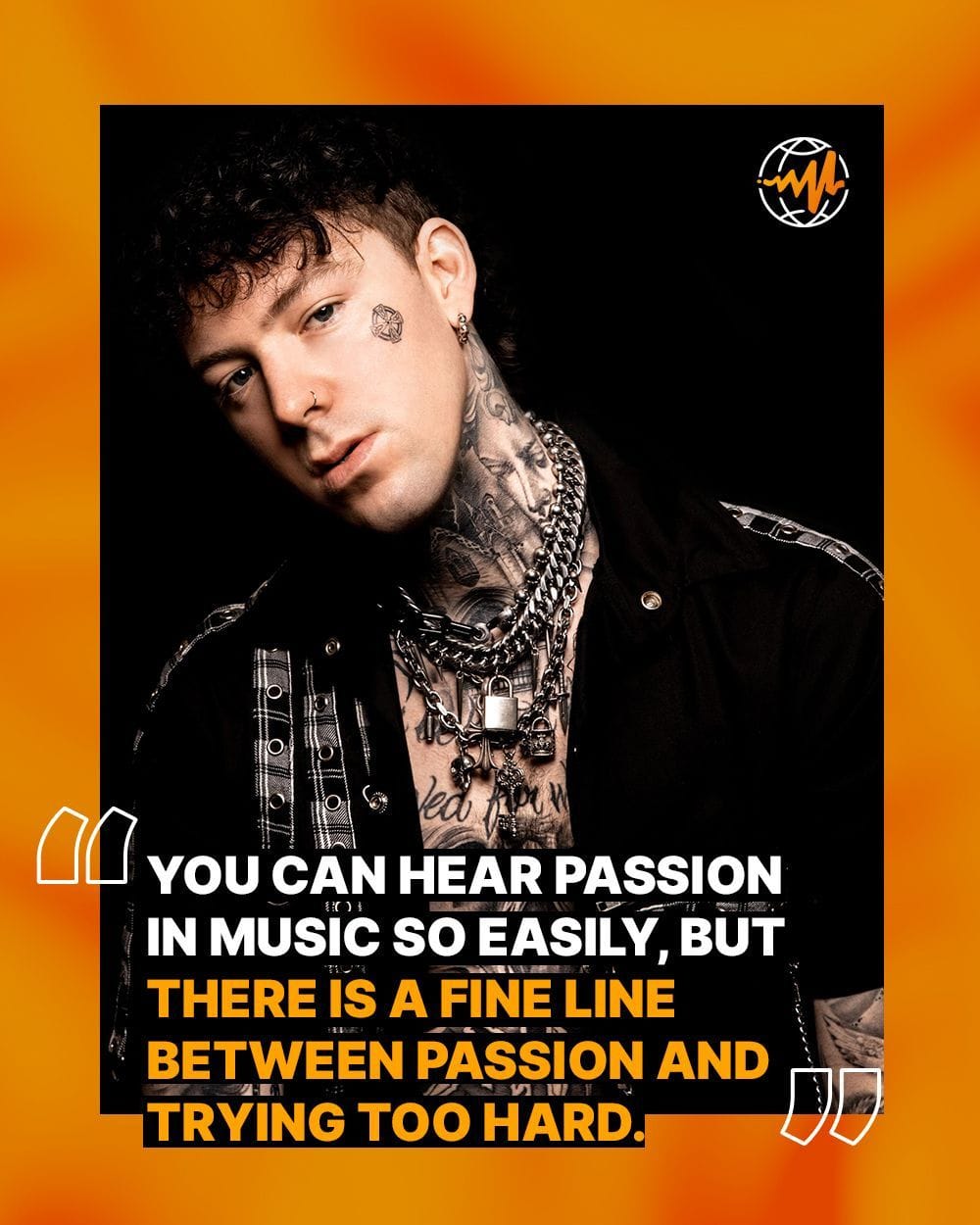 How did you learn to let go?

I learned that if it’s not natural, and the frustration starts to build, you gotta take a step back and do something completely different. For a long time, it was hard for me to say, “This isn’t working,” but some of the best songs I’ve ever made are the third ones in the session. It’s not the first one.

How do you define authenticity in music in 2021? Especially when so much music feels engineered to go up on social media, then never to be heard again.

That’s my number one rule: authenticity. There’s nothing I hate more than seeing something that’s bullshit you can see from a mile away. It hurts my soul. The second anything feels slightly inorganic, or forced, I can’t do that.

Defining authenticity is just emotion and passion. Passion is number one. You can hear passion in music so easily, but there is a fine line between passion and trying too hard.