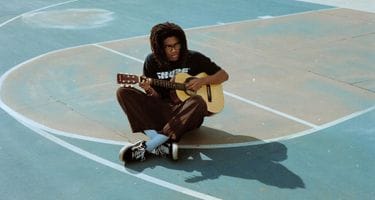 Brandon’s music might make you cry. The 23-year-old singer-songwriter, guitarist, and producer taps into a slew of morose collective memories with his writing. Growing up in Riverside, California, but with a family from Trinidad, Brandon spent a critical part of his youth isolated and invested in growing as a musician. His raw approach to capturing the quiet agonies of love and loss make him an exemplar of the “bedroom” artist. Listening to his 2020 debut project, Coming Clean, you can picture Brandon laying on a twin bed with his guitar across his stomach, strumming idly as the ceiling fan whirs.

You can also picture Brandon in the park, surrounded by nature or by a lit fire. The images his work summons are multiple and visceral. They’re unique to him and, at once, a part of the canon of the brokenhearted.

Coming Clean runs for seven achy songs and elicits some of our basest feelings. The second track, “Makeup,” hinges on lines like, “I miss you wearing all my sweatshirts… I miss your makeup on my T-shirt / Your smell all in my T-shirt, yeah.” He calls back to young loves unfurled and to those desperate moments we’ve all experienced, clutching sheets and trying to make sense of an empty bed and hoodies gone missing. Brandon is not shy about his emotions, with the following track literally called “Mourning,” and the EP’s cover, a sullen image of Brandon dragging his guitar through a field.

Listening to Brandon unlocks something pure. “For this project, I said everything I was so scared to say before,” Brandon says. “I’m better now.” He’s contemporary and honest, sincere almost to a fault. In an unforgiving world, Brandon’s music creates space to be yourself. 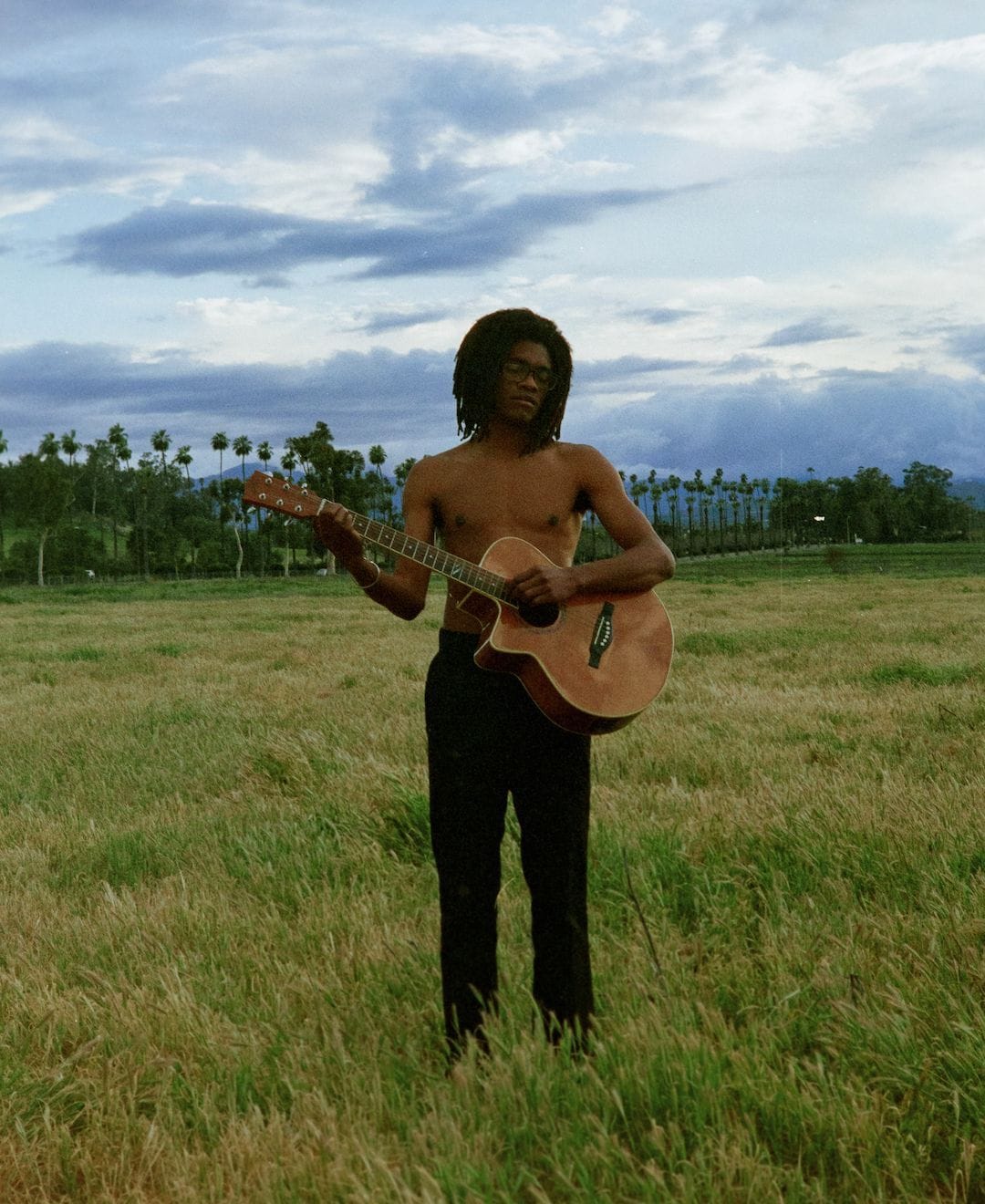 Who or what drove you to start writing songs?

A little background: For a while, I was making music with one of my buddies in college, who was rapping. I was the producer, making all the beats. We had this equal partnership, but after a while, though… I wasn’t a good writer, at all. I still don’t think I’m the greatest writer. I can write, but… I’m a big fan of James Fauntleroy and Frank Ocean. Stevie Wonder as well. [Writing] kinda just happened; I slowly started working on my own stuff.

There’s this one day everything kind of… I went to FYF Fest—they don’t do it anymore—but that was 2017. I went to that festival, and the headliners were like Missy Elliott, Solange, Bjork, Nine Inch Nails, and also, Frank Ocean. MGMT was there, and Tribe Called Quest, too. I camped out for hours to be in the front row. That show, that was the night I realized I wanted to do music and my own thing.

I read you’re a first-gen kid, with your parents being from Trinidad. I’m first-gen myself. Do you feel that universal sense of pressure that comes with being first-gen?

I don’t feel any pressure at all! My mom has always pushed me to do what I love, whether that was sports or art. I’d say I’m a pretty decent artist, like drawing and sketching. Not tryin’ to brag. I think as long as I wasn’t a couch potato, then [my mom] was happy I was out doing what I wanted. She didn’t even force me to go to college. I wanted to go.

Most of American culture is “live to work.” Everyone’s trying to make a name for themselves based on pressure. I never felt pressure from my whole family. It’s always been good and loving. That’s probably why I’m so relaxed most of the time, and everything just flows organically. I do what I wanna do, when I wanna do it, how and if I wanna do it.

That free-flowing state is a beautiful thing.

The best art that’s ever been created, just looking at art historically, [has been free-flowing].

The debut EP, Coming Clean, is almost painfully honest. Where did you find the courage to be so direct in your music?

I know I was at my lowest point. I had nothing to lose. I didn’t feel any need to hold back. I guess you can say it was cathartic. It was a release. This whole expression allowed me to push through and helped me to process and get over things. If we’re being real here, I don’t know what I would do if I didn’t have music. It’s not only a hobby; it’s my life now. It’s truly an outlet. Was it painful to retread the memories peppering these songs?

It wasn’t even going back to anything. Everything was happening in real-time. I didn’t do it purposefully… I’m not the guy that’s like, “Oh! This just happened; I’m gonna go and write about it right now.” That’s not how [Coming Clean] happened. It was more so, “Jeez, I have a lot to get off my chest.” I take time to process my emotions. I don’t even think about writing; it just happens. It’s very rare I sit down and just write a song. It’s always on a walk or riding my bike.

Most of “Mourning” I came up with on a walk. “Baby,” I woke up, and that song was just in my head. That was an odd one. It was Thanksgiving 2018 or 2019. It’s just thoughts and feelings—I spend a lot of time with myself. I feel like I know myself well. I know how I process things. A lot of people don’t know who they are, but I’ve come into that, and I’m proud of myself for it.

I can’t help but see Coming Clean as an act of creating space for people to be themselves. Do you feel that way?

I’m grinning because I’m so glad you got that. There’s not enough room for people to just be open. More so men, in general. Men don’t feel like they can be as emotionally vulnerable or open. We gotta be these brick walls that don’t cry or feel any sort of emotions, ever. “I’m a man!” We all, as humans, have emotions and were given emotions for a reason. We shouldn’t shy away from them. We should allow ourselves to feel.