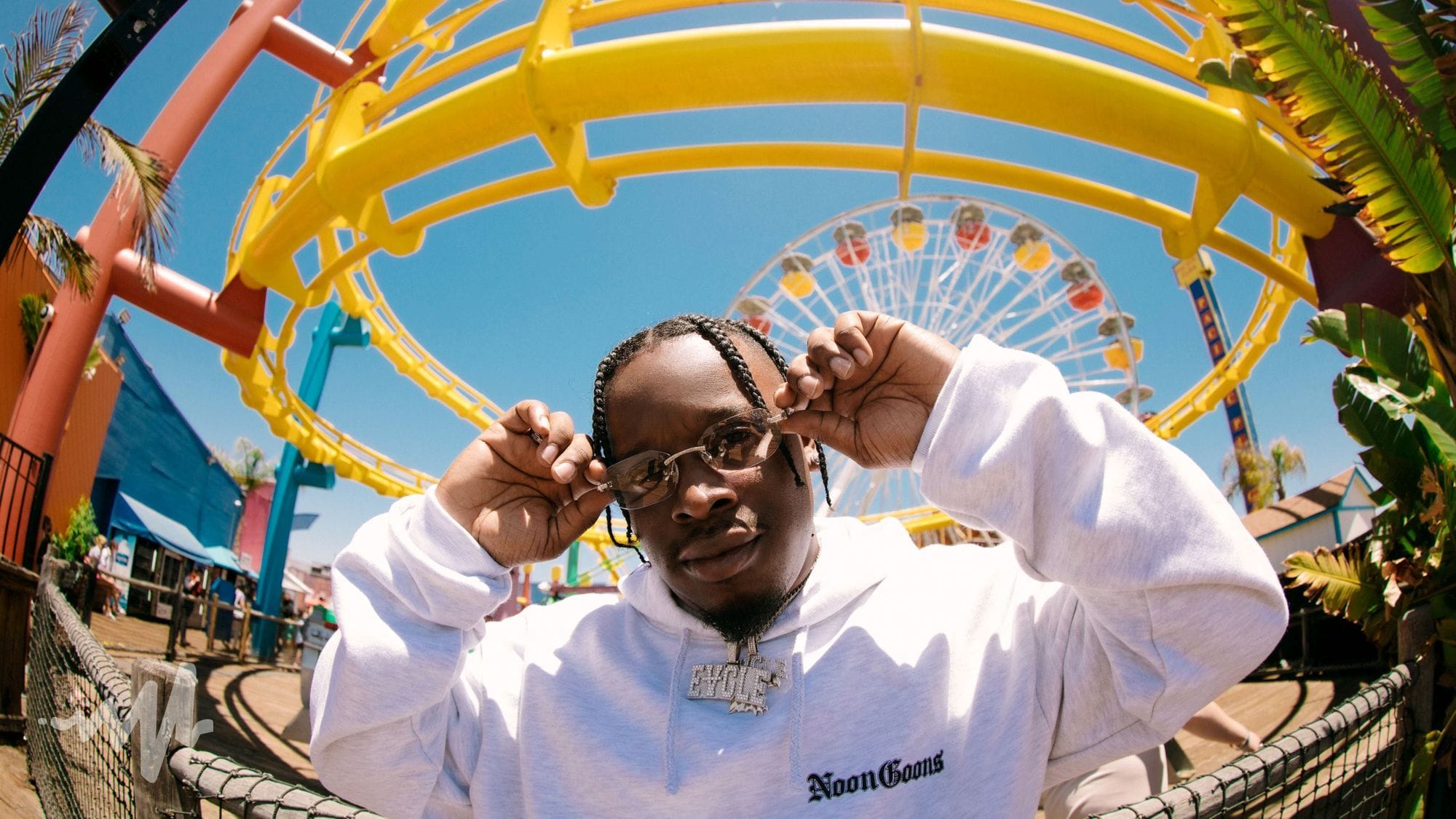 It’s no surprise that Blxst’s music is full of both acute social observation and deep personal introspection: from his childhood through his early 20s, the artist born Matthew Burdette bounced between intensely crowded environments and relative isolation. First, there was the home in South Central Los Angeles that he shared with his immediate family, an uncle, and his Jehovah’s Witness grandparents––a place where he was sheltered from, then made all too familiar with the danger that lurked just a few blocks over. He left that home for his father’s new place in the Inland Empire, where he spent much of high school nurturing his creative interests alone in a bedroom, with only a laptop; this was followed, naturally, by a move back West, to a little house packed wall-to-wall with aspiring artists.

Through these formative periods, music was a constant. Though his grandparents’ religion barred him from participating in the school choir, Blxst’s mom would make up little songs and sing them around the house, or while out running errands—today the artist can still recall a jingle she improvised about taking her kids to the LEGOLAND resort in Carlsbad. Hip-hop was smuggled into his home via his uncle, then a handful of enterprising cousins. So it was merely the natural progression of things that, by the end of high school, the melodies Blxst was constantly singing under his breath had made their way into cheap recording software. 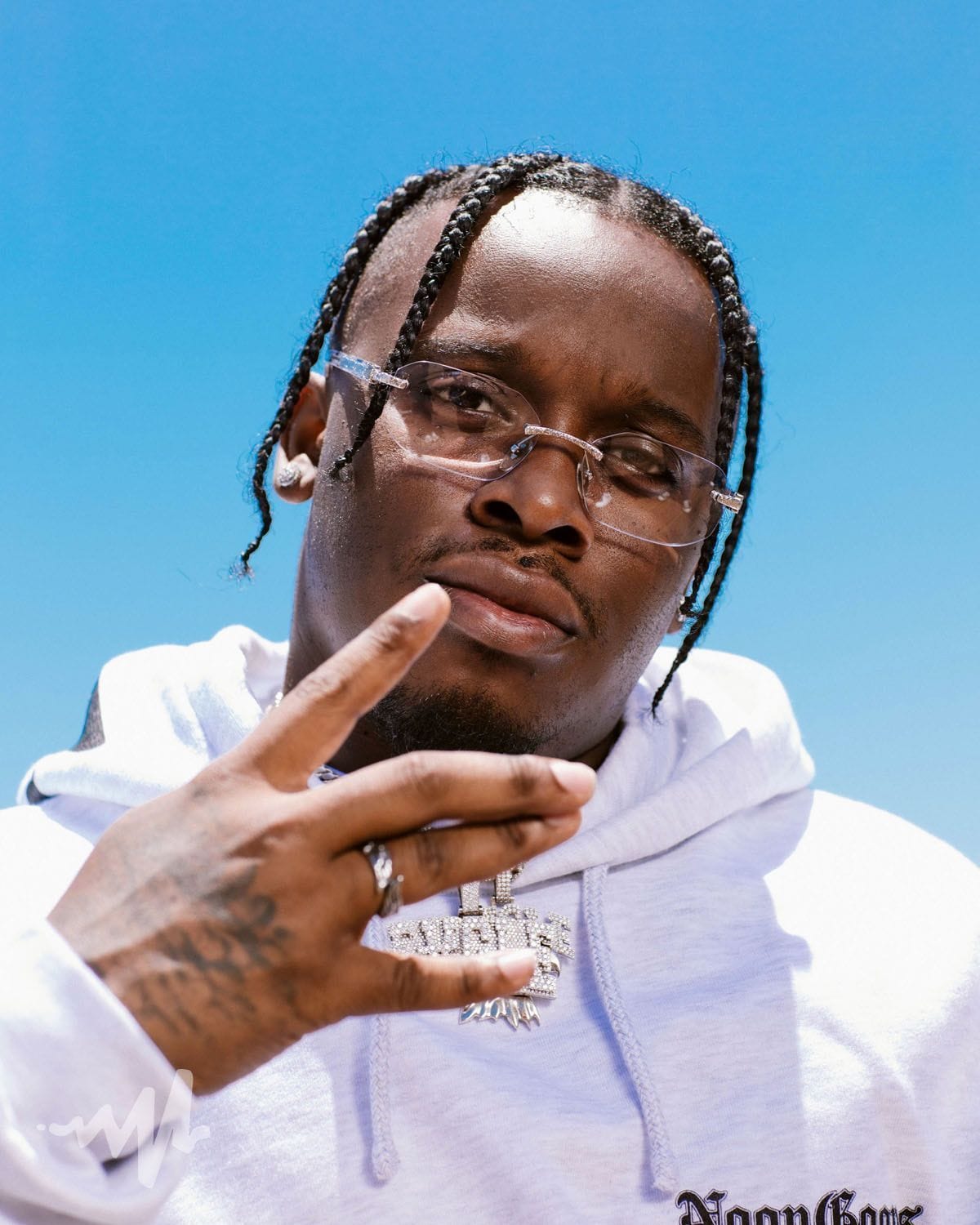 After he graduated, Blxst moved back to LA County—this time to Inglewood, where he lived with 10 other people, “making music every day, going out and selling CDs, printing up merch, just grinding.” They called themselves TIU Muzic and started making small, incremental inroads in an LA rap world that was then in flux. During this period, Blxst was not only rapping, singing, and producing, but learning to engineer, design his own graphics, and even shoot music videos, a skill he first developed during his skateboarding days, when he and his friends cobbled together edits with no supervision. He would run sessions for other artists but admits he was leery of spending too much time on anything but his own craft. “I was hustling sessions as an engineer,” he recalls now with a smirk. “$30 an hour, two-hour minimum, you know? It was fun while it lasted, but I got tired of it.”

Fortunately for Blxst, he wasn’t long for that sort of obscurity. He founded his own label, Evgle, in 2015 and began hawking merch and earning production placements with major artists. Still, he was methodical when it came to rolling out his official solo material. When he finally issued his first LP, last year’s No Love Lost, it was a revelation: deeply felt and rich in texture, yet nimble enough to surprise. Runaway hit “Chosen,” from the deluxe, this summer’s collaboration with Bino Rideaux, Sixtape 2, and working with elder statesmen like Nas earned him frequent comparisons to LA’s great rap-R&B hybrids of past and present: Nate Dogg and Ty Dolla $ign. But his writing is too personal to map neatly onto anyone else’s.

You grew up in the 70s, right? What was that like?

Yeah, 75th street. That’s on the East side of LA. A lot of Black people, a lot of Hispanic people. When I was over there, I stayed in the front house of my grandma and grandpa’s place––they stayed in the back house. They were Jehovah’s Witnesses. That’s how I grew up in that household. Outside I was riding around on bikes with the homies, doing bad stuff: throwing rocks at houses, just experiencing life. Until you get a little older and realize there are certain territories you’re not supposed to be in, certain hoods you start [being told about]. But overall my mom was pretty strict, so I kept a level head on my shoulders. Especially with my grandparents being around.

Was there music in the house?

Yeah. My uncle, who stayed in the back house as well, had a rap group. It was more so a local thing, but that was my introduction to seeing it was possible to be independent and put music out on your own. He did graffiti and stuff. He introduced me to the whole hip-hop aesthetic. 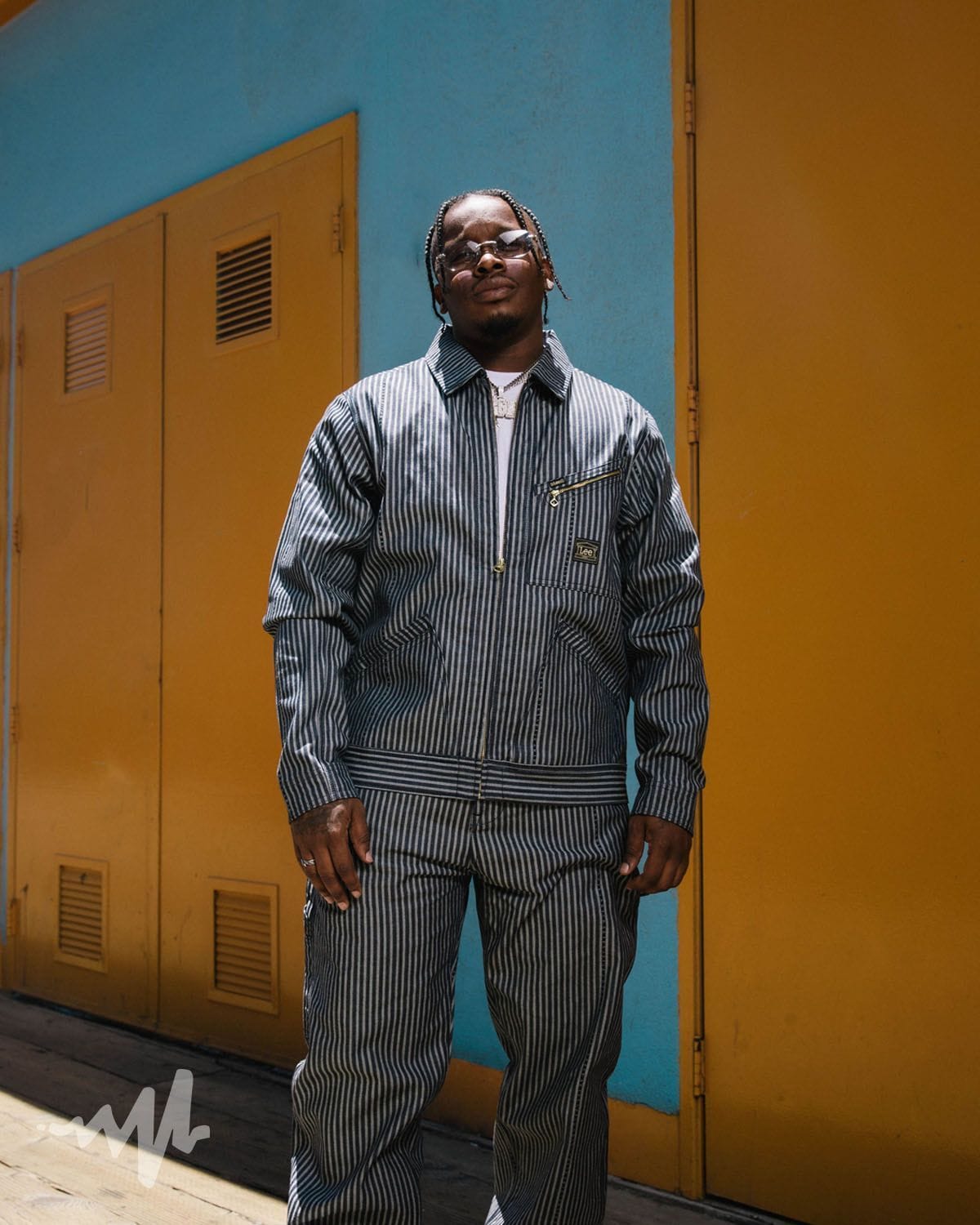 It was more conscious rap––the closest rapper I could think of is like a Common or a Talib Kweli. I remember early on, asking him how to get into hip-hop, how to be a rapper. He told me to look up a word in the dictionary and tell him the definition every day. That made me fall in love with words.

So you live with your uncle––maybe you hear Common’s One Day It’ll All Make Sense around the house––what was your familiarity with LA rap when you were young? I’m talking pre-Game. Mostly 2001?

It was more so what was in front of me. My dad put me onto Snoop Dogg, Dr. Dre. His favorite rappers were Ice Cube and 2Pac.

I remember hearing “Forever Humble,” with that Murphy Lee interpolation, and thinking, “This guy must be around my age.” Turns out we were born the same week. Who’s the first rapper you really connected to?

I would say E-40. He had his own lingo, his own cadence. He said words [in a way where] they meant different things. He made up words. I just like how he uses wordplay, for sure.

You talked about learning, or being told that there were blocks you shouldn’t go to. How did that make you feel?

It was crazy because when you’re in it, you don’t really realize it until you move out of it. I moved out of LA in my high school years when my mom and dad split up. Looking back at it now, I remember my homies asking if I wanted to get put on the hood. 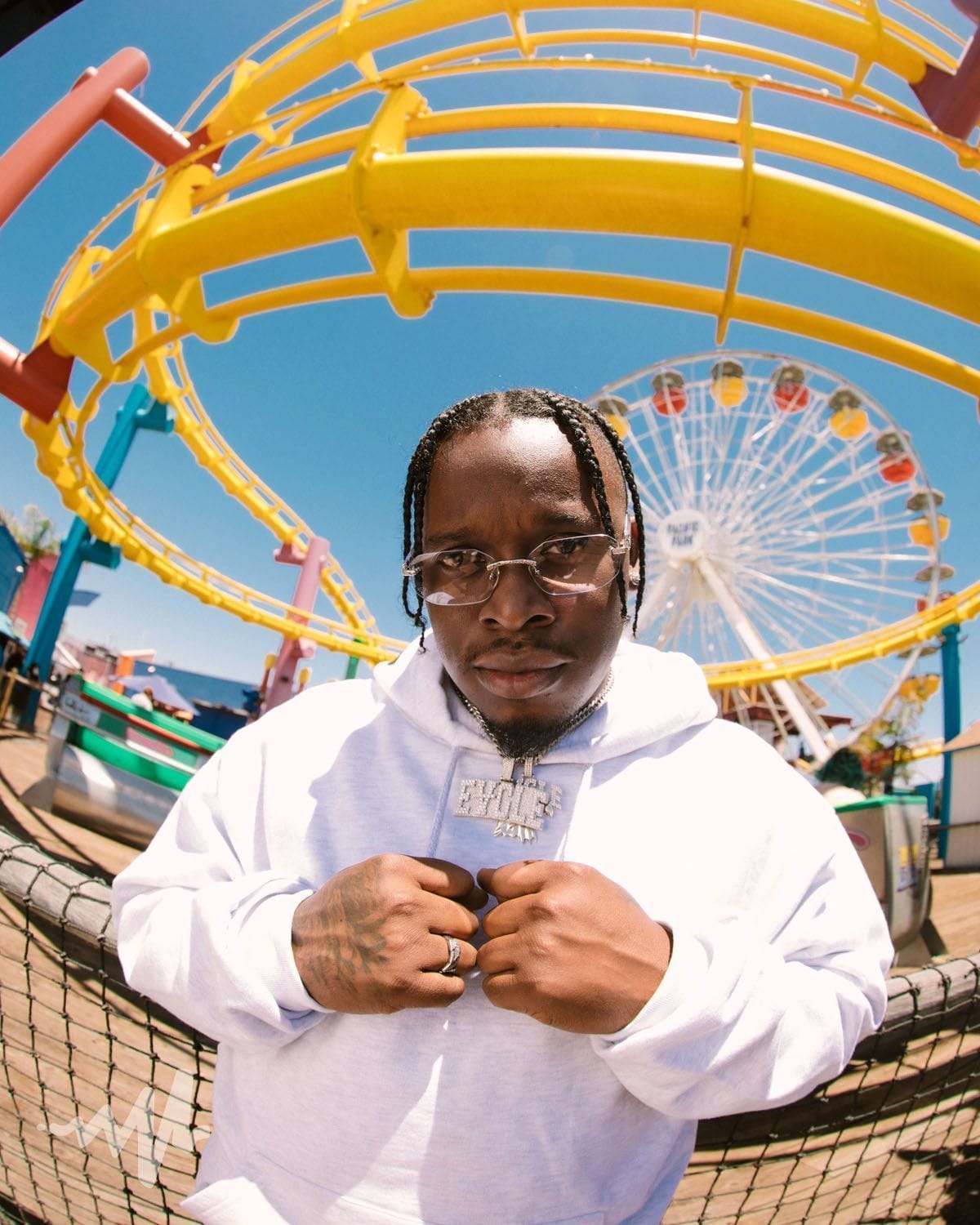 Yeah. I remember not even being aware of what that really means.

How did it feel to get asked?

In the moment, when that’s all you know, it’s regular life. I understand how some people say they were raised in it. But luckily, I saw different sides of the spectrum, moving with my dad out of LA and into the [Inland Empire]. I got to see it from the outside perspective: it’s not really hoods out there in the I.E. where I was.

It’s almost suburban in places. What part of the I.E.?

Upland. It was a complete difference––the school system, it was way different. I felt like an outcast when I moved there. Of course, I didn’t know nobody, and I’m also an introvert naturally. Trying to figure out a whole new system was a challenge for me for sure.

Was there a point in high school when you became more serious about music?

Toward the end of high school, my nephews—who are close in age to me—stayed in Carson but they used to visit me. They showed me a song they recorded and I felt like I could do it. Before I even recorded, I would write a bunch of [lyrics] in my notebooks, a bunch of raps. Once I finally got a chance to record, I fell in love with it instantly.

Those raps you were writing next to math homework or whatever—what was your style like, was it similar to the work you’d eventually put out?

[In terms of] subject matter, I would say it was the same thing: speaking about love, girls, stuff like that. Same topics I speak on [now]. I feel like my cadences and flows have always changed over time. 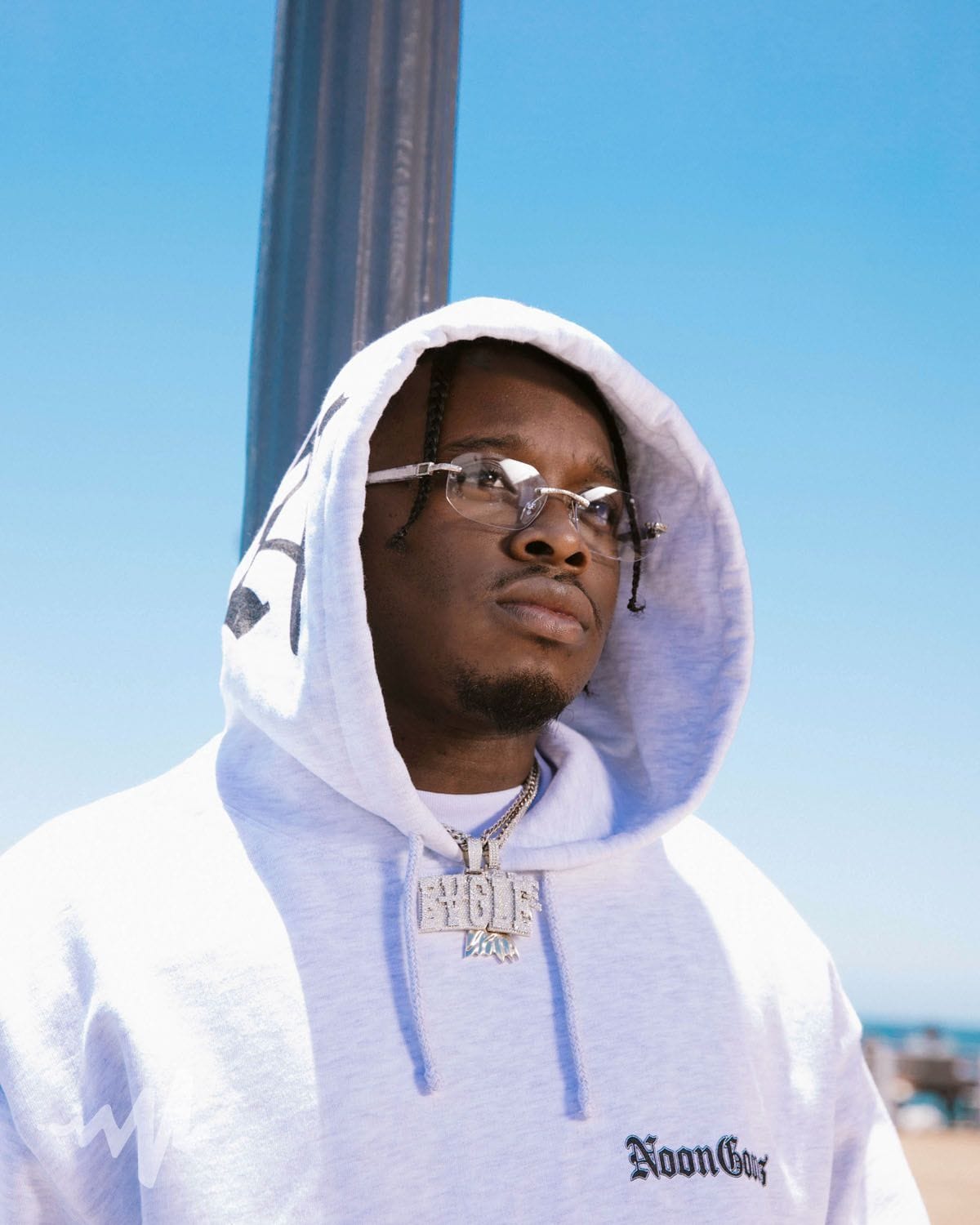 Where did you first record?

My nephews had a group called Members Only. It was like a dance/music group. Their homies had a studio house around the corner and that was my first time recording—there, in Carson.

A lot of people hate how their recorded voice sounds the first time they hear it.

It was a little cringeworthy, especially looking back. But I heard the potential, even early on. My first song was me singing, which is funny because I was very insecure about my singing voice.

Where did that confidence come from?

I don’t even know where it came from. I still get nervous, even now, when I’m recording—even if I’m just with an engineer. But that striving for perfection makes me want to keep going, keep doing better.

You’ve referenced a couple of times the advice people around you have given. A lot of artists get distrustful of their inner circles when they get on. Did you go through a period like that, or do you feel your support system’s always been solid?

Now I do. I had a good support system [before], but I had a big falling out with my previous friends and that kind of shaped me into the person I am now. I’m really strategic about who I want in my circle now: everybody has to bring something to the table. Nobody can just linger around. Me building my own team definitely is big on trust now because I built the team. 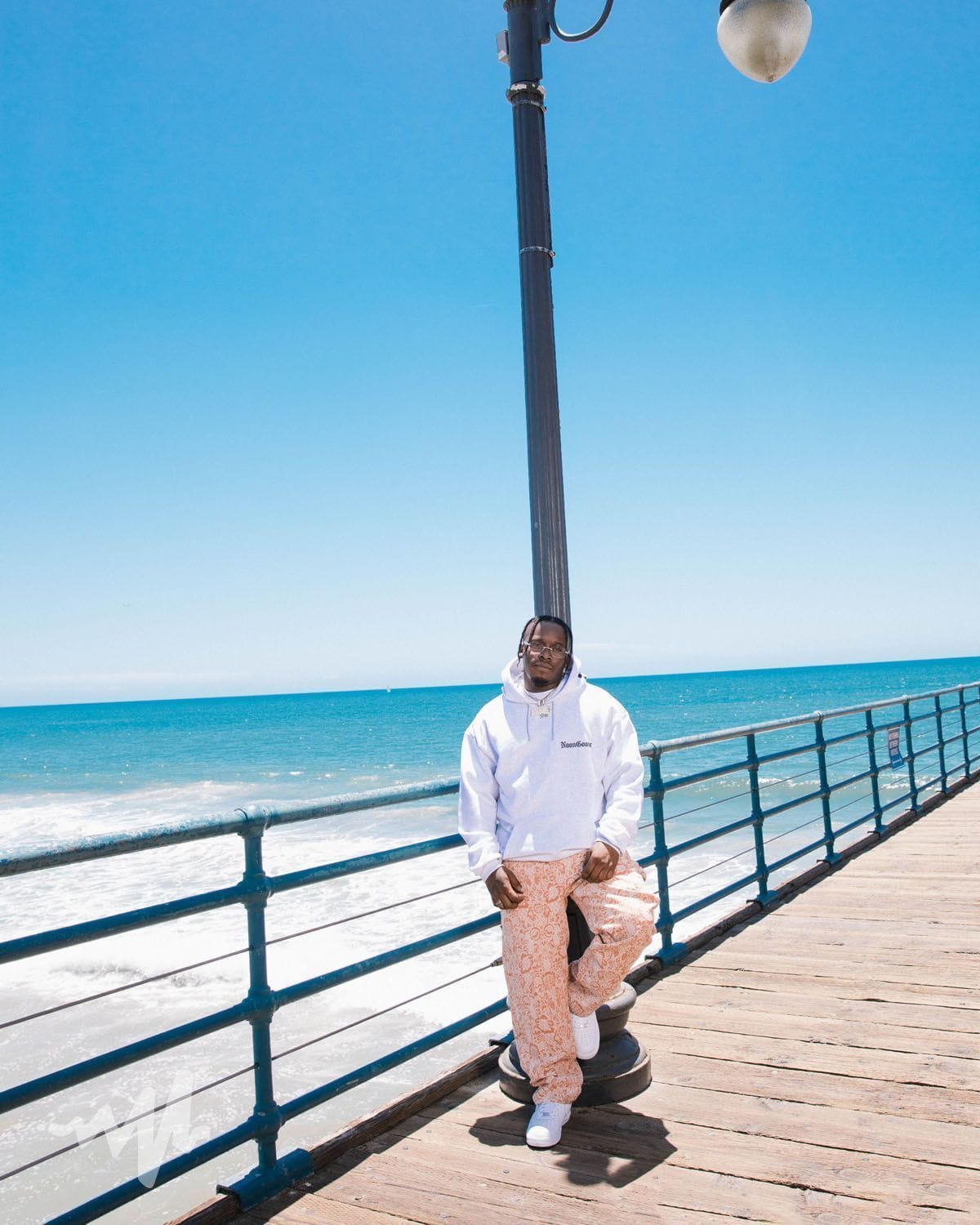 That’s good, but it sounds like it could be isolating.

Sometimes. There’s a balance to everything. Sometimes isolation is good.

Where do you write these days: is it at home or all in the studio? Do you do a lot of stuff in the booth?

I just go whenever I’m inspired. Lately, I haven’t been writing, just recording: I punch in with whatever ideas come to my head. If I don’t feel inspired, I don’t record. I think that’s important: you’ve gotta live life in order to paint a picture or tell your vision.

Is there a song of yours that you think best embodies what you’ve been aiming for, formally speaking?

“Be Alone.” I look at songs like, every word has to tie into the hook. What’s your why? Why are you talking about this? And from the beginning, like an essay, you have to introduce what you’re going to talk about, and then conclude what you’ve been talking about. I feel like “Be Alone” pinpoints that as a songwriter.

So do you always write the hook first?

Not all the time. Sometimes I start with a verse, and then the verse may inspire the hook. 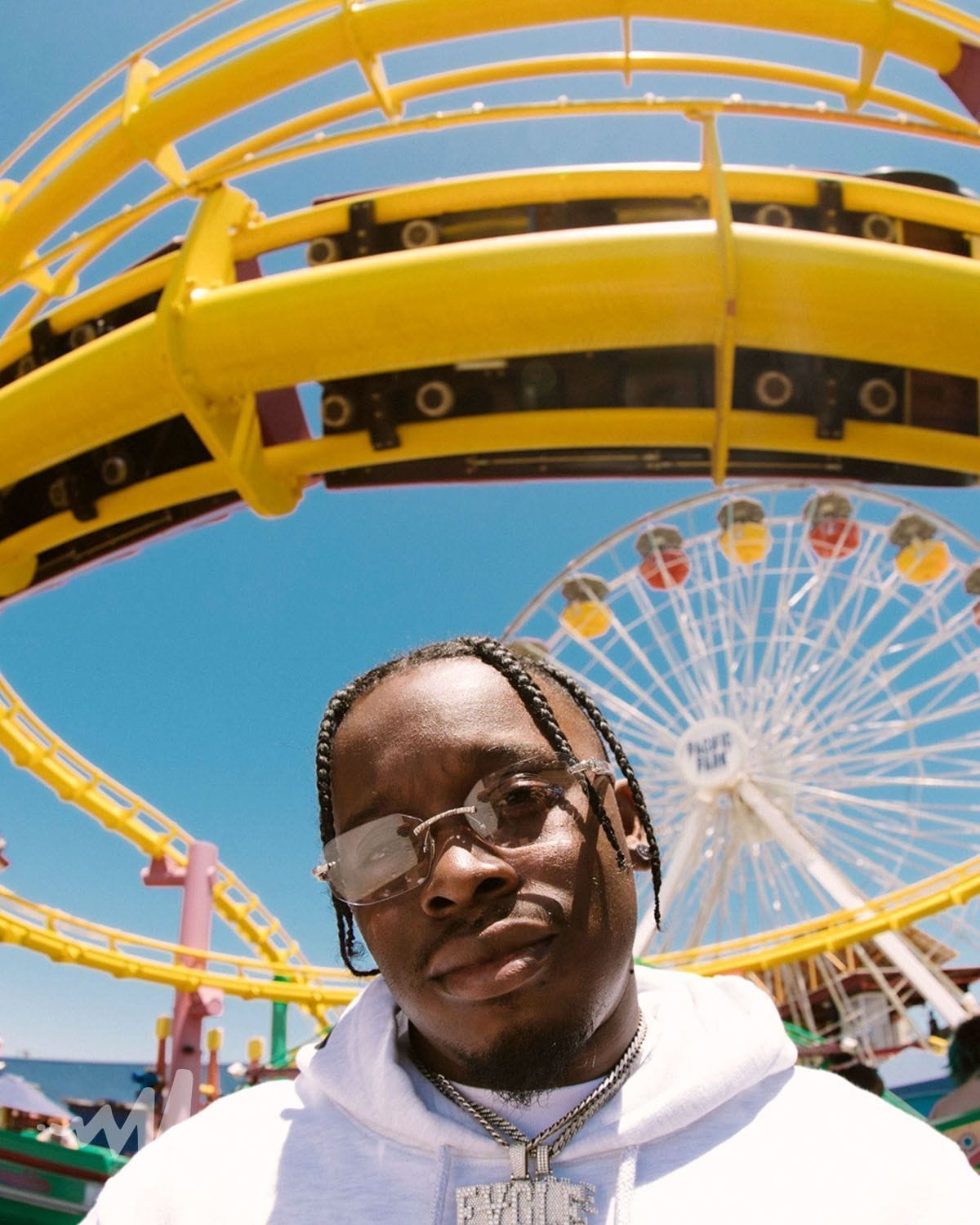 Do you do much re-writing or editing?

I always do one verse and one hook, then vibe with [the demo] for a while before I come back for the second verse. The second verse is even more pivotal—I try to make sure it’s better than the first.

I see people compare you to Nate Dogg and Ty [Dolla $ign] all the time. But I’m always curious if artists consider someone a major influence despite critics or fans missing it. Do you have someone like that?

D’Angelo! He was heavy on Rhodes—I love Rhodes. The way he harmonizes is so subtle, and I don’t really go crazy [harmonizing], but when I do, I try to blend it well, and he’s one of those artists who’s—not slept on, but we don’t speak on him enough.

You’re right about the subtlety. I wish I could see the session files for his songs, especially from the last two records. I bet they’re so busy. What’s your favorite D’Angelo album?

Photography by Raven B. Varona for Audiomack along with Photo Assistant Angel Castro. Interview by Paul Thompson.