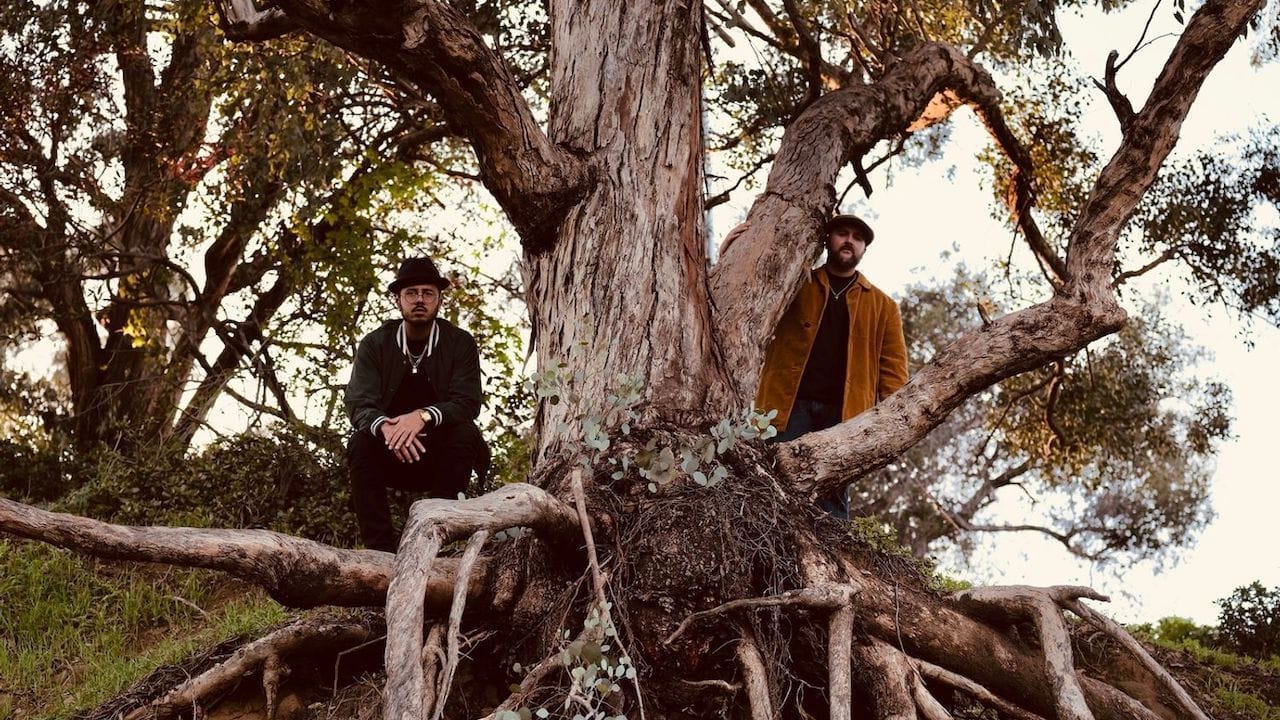 It’s 4 p.m. on a Thursday afternoon and I’m speaking with rapper Blu and producer Exile about burgers. Blu, the rapper born Johnson Barnes III, had just come from VBurger, a new vegan burger spot in Long Beach, CA. I half-jokingly tell him about how my first experience with an Impossible burger nearly converted me to veganism. “You gotta balance it out with some quinoa or black bean burgers so you don’t OD on soy,” Exile, the producer born Alexsander Thomas Manfredi, quickly reminds us both.

Balance has been crucial to the duo known as Blu & Exile since they first joined forces in the late aughts. Their 2007 debut Below the Heavens—widely considered to be a classic album—was propelled by scrappy rap dreams and a desire to add to the artistic lineage they both revered to the fullest. Their easygoing balance of dope beats and relatable rhymes have earned the duo a sizable cult following over the years.

It’s been eight years since the release of 2012’s Give Me My Flowers While I Can Still Smell Them, the duo’s last full-length project of new material. Their chemistry was still sharp but that project’s creative process rendered a different experience. “2012 was kinda more the age of the internet,” Exile explains. “Although we did work together, for the process of [Give Me My Flowers], there were some songs that Blu recorded by himself.”

While creating their new album Miles, dropping Friday (July 17) via Dirty Science, the two went back to basics. Blu and Exile recorded and went searching for samples together. The process yielded 40 songs, a number Exile convinced Blu to cut down. However, releasing Miles as a double album—20 songs, 10 per disc—was ultimately Blu’s idea. “I felt we should give the people a nice amount of material,” he says. “We haven’t talked to them or dropped anything in a while so I wanted it to be special.”

These 20 songs should be enough to feed the true and living for months to come. Miles is yet another testament to Blu & Exile’s rock-solid partnership, a fitting part of any balanced rap meal.

Exile, there’s something special about the “blue” vocal samples you use on several of your songs with Blu. Could you explain the process behind those?

Exile: First of all, Blu is really full of himself [laughs]. A lot of the samples that say “blue” were found by Blu, actually. With the exception of the intro to Below the Heavens and the Grover sample on [“I Am…”]. I’ve probably found some others but Blu finds most of those.

Wow, that wasn’t the answer I was expecting. Blu, where did you first think of this idea?

Blu: The story just gets crazier. One time, I was at Exile’s house and he had me digging for samples. I started digging through his records and I picked up a record by The Dells called “Love Is Blue (I Can Sing a Rainbow).” We put it on and that shit was so slammin’, bro. We were like, “This is the one.”

Exile: This has never been in an interview before, by the way.

It’s been eight years since the release of Give Me My Flowers While I Can Still Smell Them but you haven’t stopped working together. How has your creative process changed between then and now?

Exile: To take it back to 2007, we were working closely together [again]. 2012 was kinda more the age of the internet. Although we did work together, for the process of [Give Me My Flowers], there were some songs that Blu recorded by himself. [Miles] was a bit more like the process we used for Below the Heavens where we were working closer together again. It changed by going back to our roots and finding more samples together. 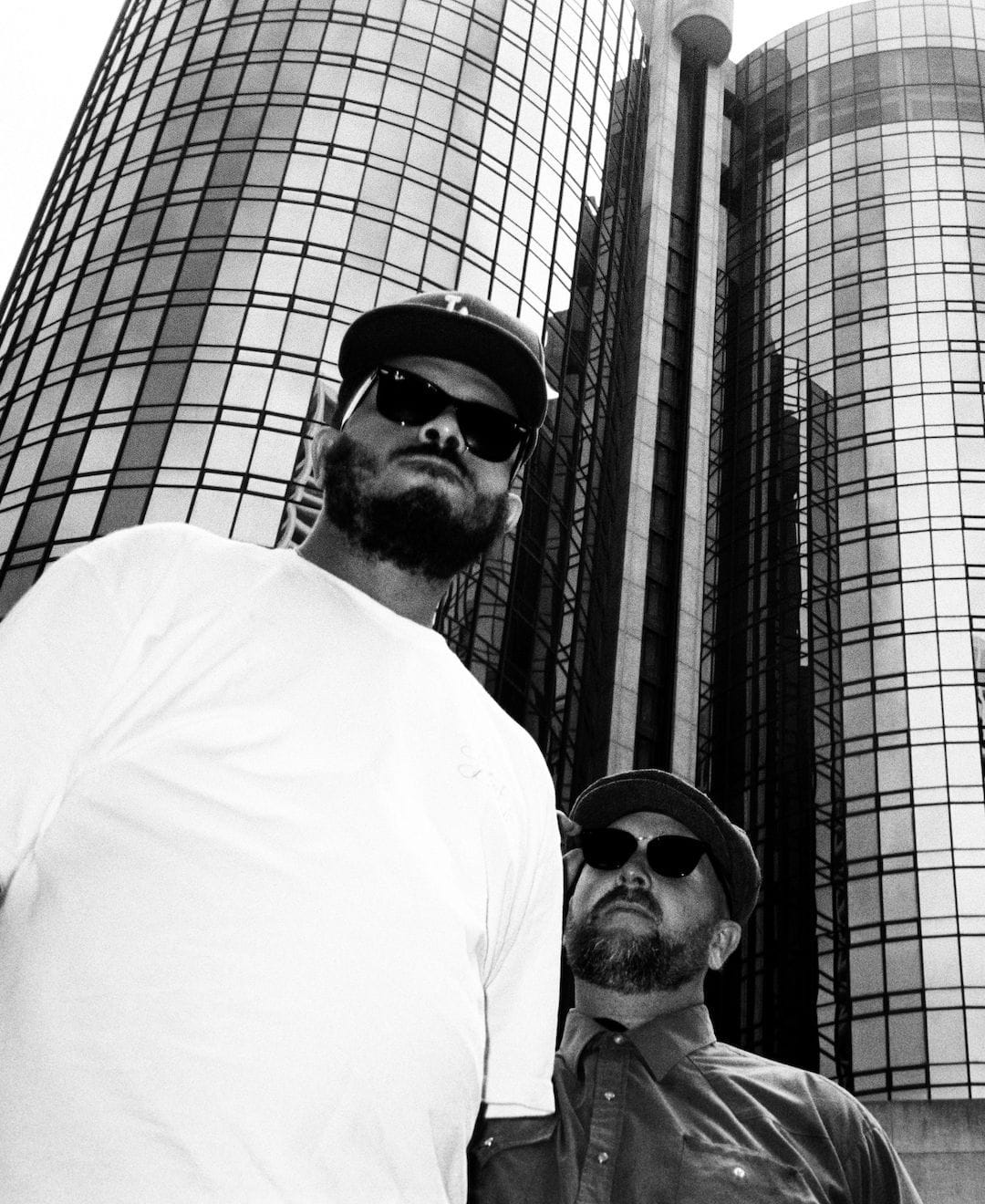 At over 90 minutes, Miles is a long project. Are there challenges to releasing such a lengthy project in the streaming era? Are you afraid of losing people’s attention?

Blu: It was definitely gutsy of us to do it. But it stands as a testament to the progression of traditional hip-hop when artists would get so dope that they’d just do a double album. For me, I felt we should give the people a nice amount of material. We haven’t talked to them or dropped anything in awhile so I wanted it to be special.

Exile: In a sense, we were making up for lost time.

Blu, Miles charts your personal history before framing it as one small part of Black history at large. That’s a lofty concept. As a musician with almost 20 years of experience, where do you see yourself in the canon of Black music?

Blu: I’m just trying to add onto the experience and the movement. It’s not clearly defined, but it’s a movement of the soul and I’m just trying to be a part of that lineage keeping it alive. I don’t particularly put myself in the hall of fame just yet but I’m working to get those types of accolades.

You mention loving to make “music to encourage” on “The Feeling.” How important is this in a world where good cheer is in short supply?

Blu: It’s a privilege to have the talent to be able to step into that field and defend people with your music. It’s not the easiest task to do, man. Sometimes, people wanna make other types of music. Personally, I like to venture out and experiment and what-not. But these are more urgent times we’re living in. It’s demanding that artists step up and drop that mature shit.

Exile: That’s what I’ve always been about. When Blu and I get together, we’ve always harnessed that energy between each other. I’ve always been about making honest, relatable, or healing music. Even if you listen to my instrumental project Exile Radio, it’s a very healing album. It touches on the evils of the world but it’s interwoven with my viewpoint of focusing on what’s good in the world and in our hearts as humans. I think that’s what [Miles] does as well: recognize the evils and portray a way to get through it for us as artists or for you as a listener. For example, Impossible burgers are good but on the flip side, they’re full of soy. 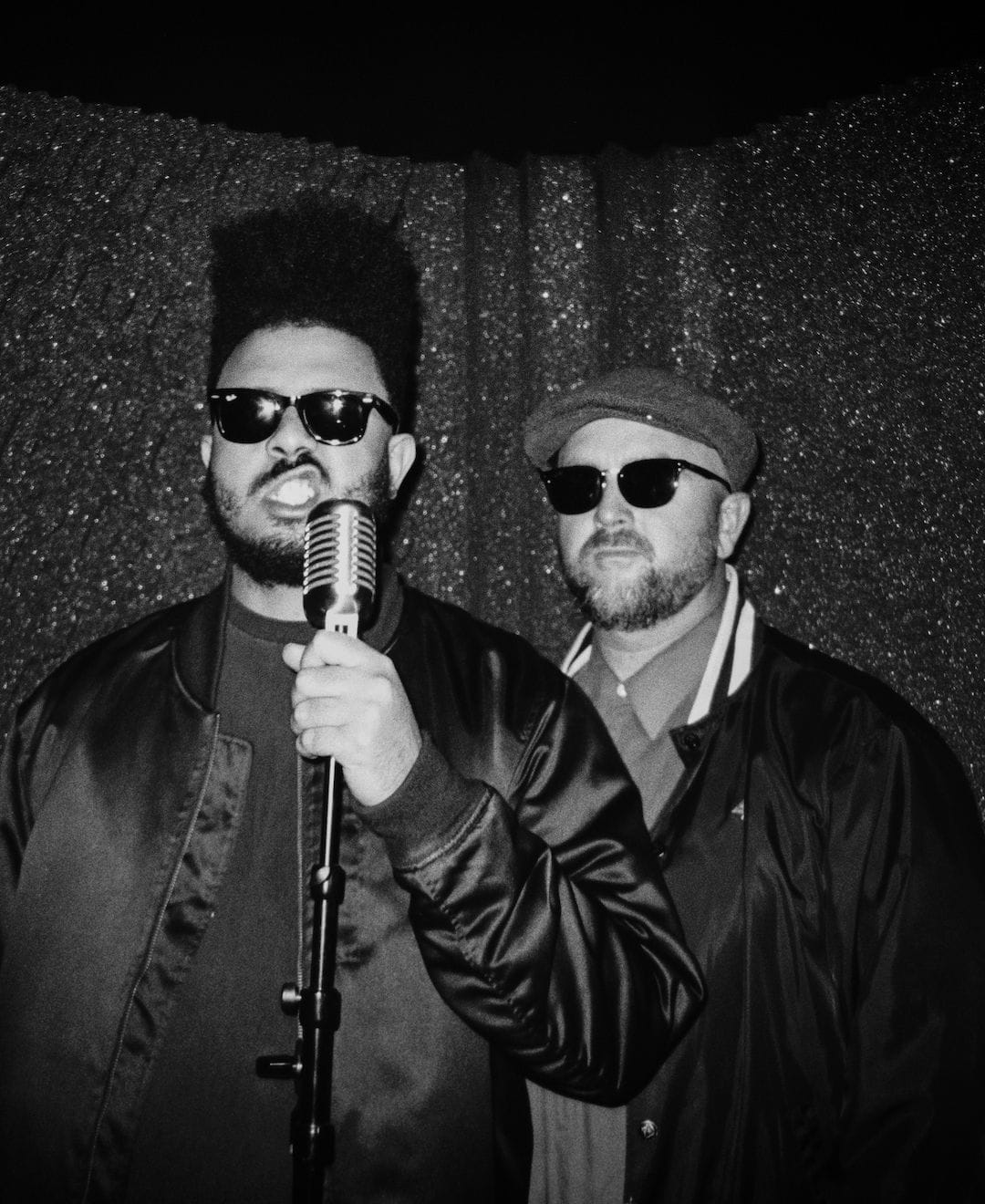 Would either of you say there’s a thematic difference between the two albums that make up Miles?

Blu: When we were finalizing it, the album was created like two albums. The first disc is more of a modern release with nine to 10 songs. Those first songs do everything justice on their own.

But the concept alone pulls for us to go the extra mile and that’s what we did with the second disc. It would seem like the first disc is the end of the journey and the second disc just gets deeper and deeper with every song. It’s almost like the second disc is a collection of bonus songs that just take things to another level.

Let’s talk about the album cover, which is a picture of you both standing on either side of an enormous tree with visible roots. Where did the idea come from?

Exile: We had just invited [photographer B+] over and we shot it at a park that was very close to my house. I always go back there. I’ve done mushrooms back there. I scattered my mother’s ashes in that park before. It’s a special place. I’d always walk by that tree and we walked by with B+ and it was an idea I’d always had and I wanted to see if it would work out. And it did.

Looking back on your respective careers, are you happy with the roots you’ve left behind in rap?

Blu: Yes, but there’s always more work to do. A man’s work is never done. We encourage everyone to go miles and miles beyond in life.

Exile: I think that’s personified on the song “Miles Davis.” Blu has left so much behind but he’s a personification of people who leave things behind while still moving forward. I personify the same thing. I’m super thankful for what I’ve been able to accomplish musically. From being a little kid and daydreaming about making music with KRS-One and then actually doing it, I could retire after that. Being able to create albums with artists like Blu and Fashawn that people consider to be classics is such a gift. It’s about appreciating the gift that God or whatever you want to call it gives us and I’m excited for more.

By Dylan "CineMasai" Green for DJBooth. Photos by B+ (album cover) and Zack Mack. This interview was edited for content and clarity.