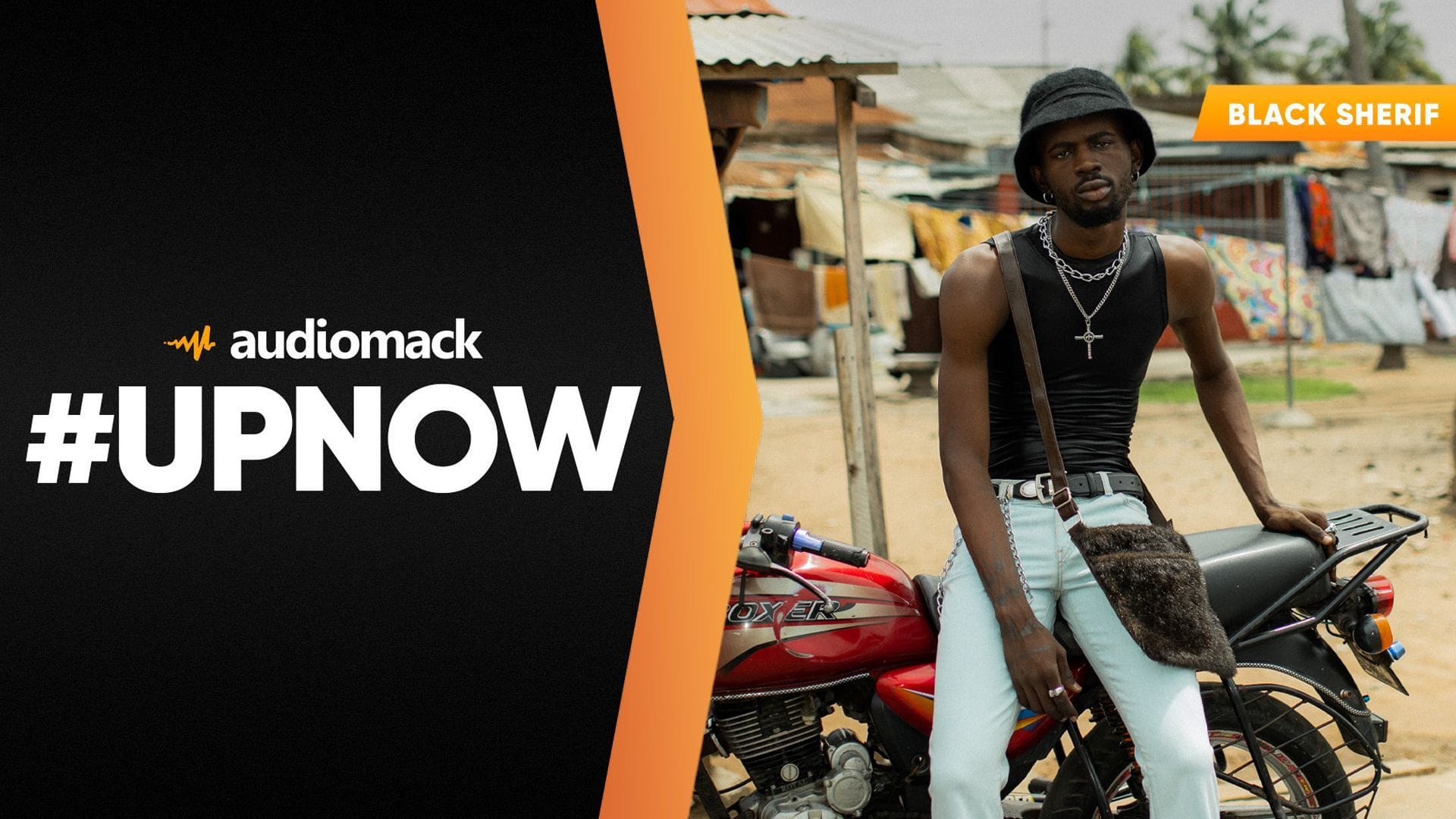 What’s up next in culture is #UpNow on Audiomack. Our emerging artist program spotlights and promotes the next generation of global music superstars.

Recently crossing the 100 million global streams milestone on the platform, Sherif’s lean but mighty discography captures his hustler’s tale. His first upload was in August 2020, but he broke with viral 2021 hit “First Sermon,” giving us the “Second Sermon” later that year. In December 2021, Black Sherif’s star rose even further when Burna Boy hopped on the “Second Sermon” remix.

In March 2022, Sherif released his most introspective song yet, “Kwaku The Traveller.” Cutting and poignant storytelling helped “Kwaku The Traveller” garner over 35 million streams, making it the most-streamed song of 2022 so far on Audiomack and Black Sherif’s biggest hit to date.

“I’ve had Audiomack since high school,” Black Sherif tells Audiomack. “It was the first platform that I used and convinced my friends to listen to my music. It was easier, and it looked professional. It’s been the primary thing for me to connect with my fans and share music.”

Black Sherif is the cover artist of Audiomack’s official #UpNow playlist. Stay tuned for an exclusive interview with the #UpNow artist, coming tomorrow.