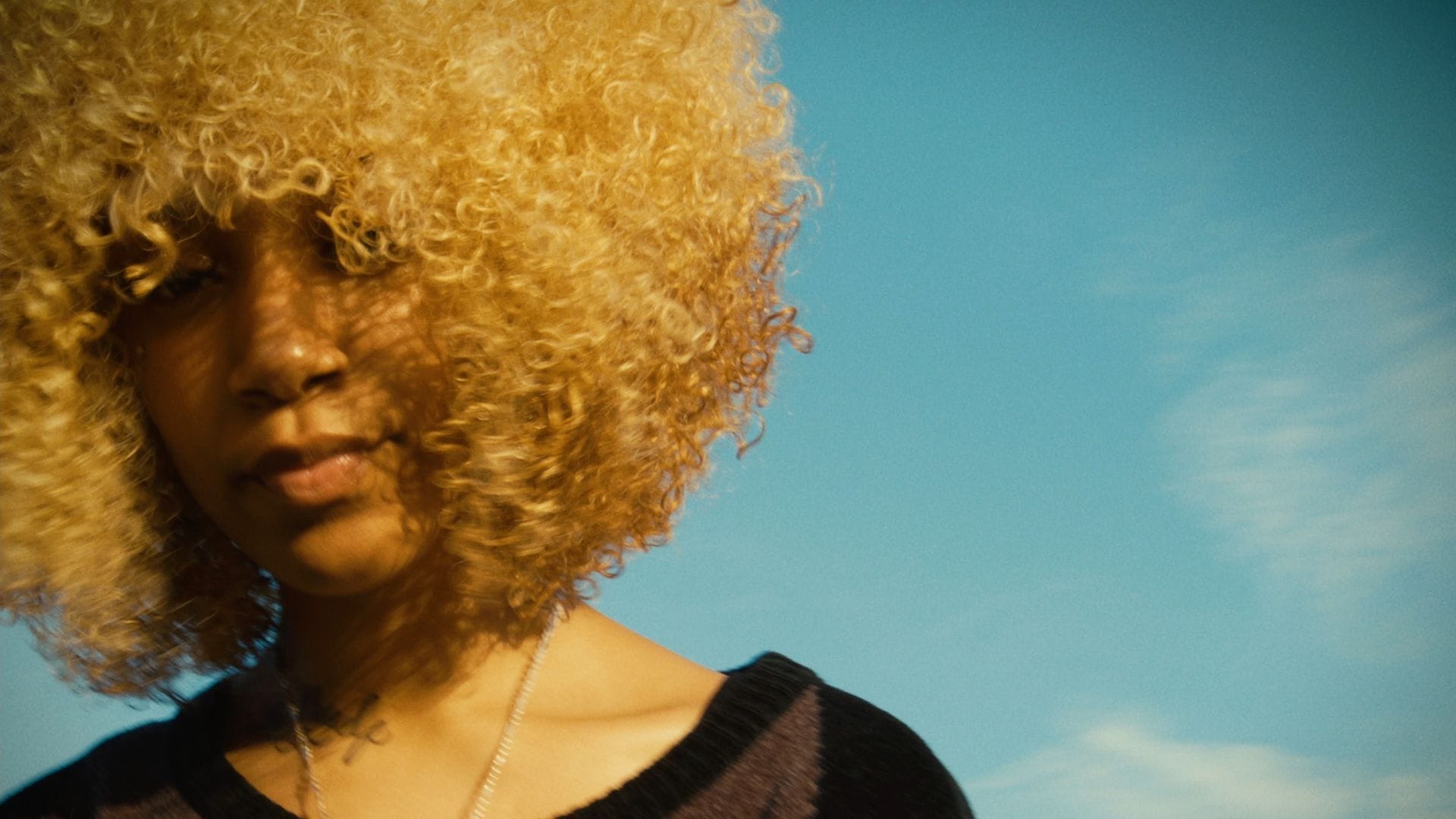 Atlanta’s Bktherula commands the mic. Her off-kilter flows and melodies are one-of-one, which she proved back in 2019—or, 60 years ago, in music terms—with her breakout single, “Tweakin’ Together.” As DJBooth’s Yoh said: “‘Tweakin’ Together’ is a lullaby trapped in a minimalistic, two-minute rap song that could put a baby to sleep or start a mosh pit. Bk’s featherweight tone levitates harmoniously over Mars Beats’ floaty, infectious production. The raps are boastful and taunting, full of pride and mischief, but the song never loses its lighthearted fun and subtle swagger.”

In January 2020, Bktherula debuted formally with Love Santana, a 23-minute showcase of her range. Standout tracks included the Pitchfork-heralded “ON ME” and “HE SAY SHE SAY.” Both cuts boasted an impressive effortlessness, doubling down on what made “Tweakin’ Together” a moment. Bktherula knows how to capture an audience with her voice, her visuals, and her writing. This will serve her well as she takes her swagger from “subtle” to over the top.

The 18-year-old artist carries her unmitigated style over to her latest single, “Admit It,” where the lilted deliveries for which she’s growing more and more known skate across production from RXLVND. Bk’s confidence is on full display in the first verse, where she declares, “That’s my flow, mommy, ouch, he bit it.” She knows she’s hot, and she is keenly aware she’s bringing a unique flavor to hip-hop. Where there is flavor, there are biters, but it’s no biggie. When you’re the originator of the sauce, you can always make more while they play catch-up.

Let’s start with the city. How has Atlanta influenced you?

That’s the shit I’m talking about, but as far as Atlanta sound? I don’t think that’s influenced me, but my city alone influences me! I couldn’t leave here, at all. Every time I leave, I get homesick.

Your debut, Love Santana, released January 2020. How has your life changed since the drop?

Spiritually, I changed a lot. My life has gone through hella shit since then, but I feel like I’m in a good space right now. 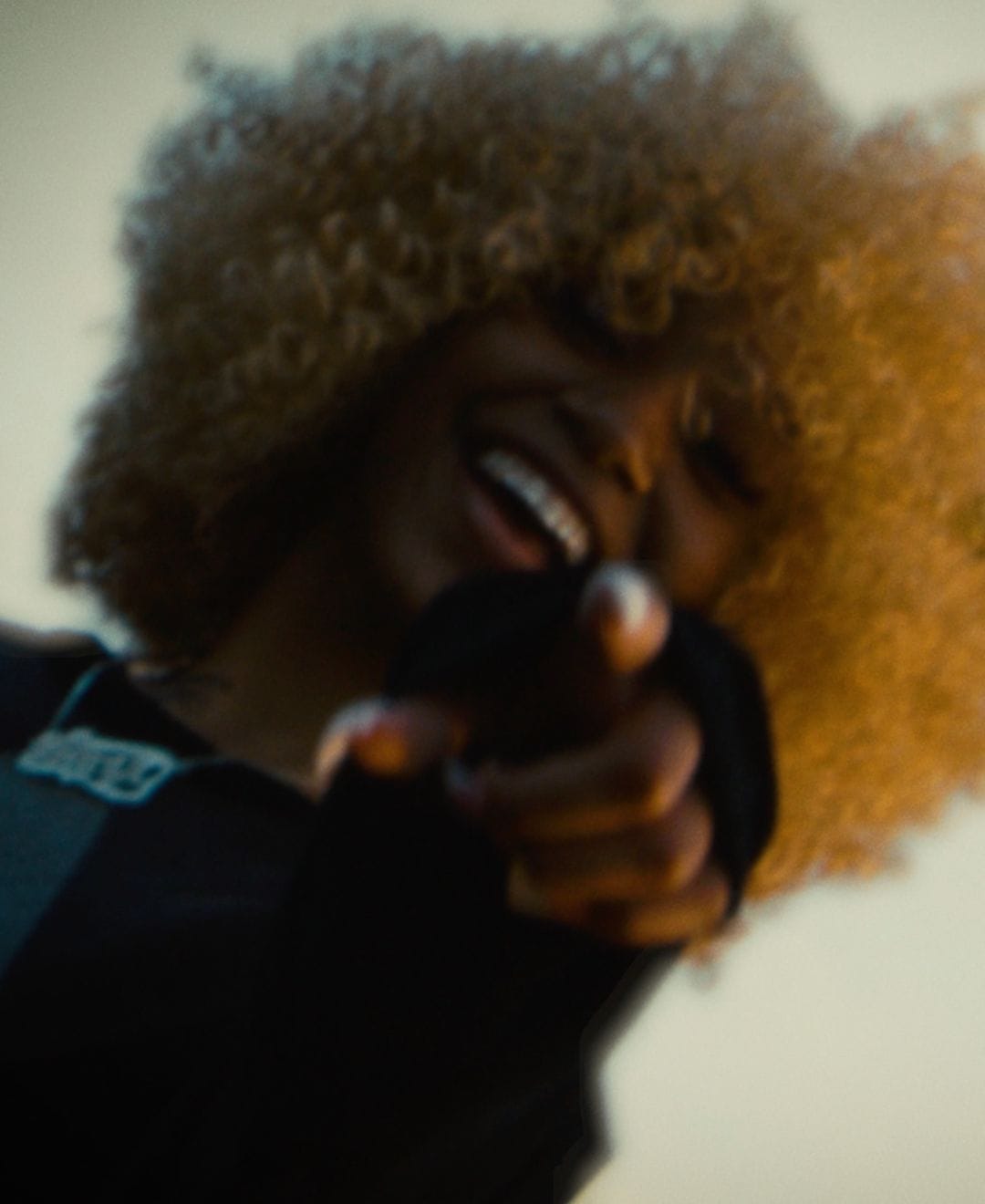 What plans did you have for Love Santana, which you had to derail because of COVID-19?

I was supposed to go on tour, and I only did one show in Ohio. That shit was lit, but right after that show, they shut everything down and I was so sad. I was supposed to be going to New York next and in New York, I have the biggest fanbase. I was upset, but everything happens for a reason.

Love Santana stands out because of your blend of melodies and off-kilter raps. How do you balance the singing with the breakneck flows?

It’s who I am today. When I go in the studio, who am I? I tap into different parts of my talent. If I hear a beat and it’s hard, then I will rap. If I hear melodic shit, it’s like, “Okay, I feel like being this person today.” I feel like I just change between people.

Who are you right now?

I’m the kid who got out the womb. I’m just the homie right now. Just Bk.

Does fame scare you, because you can’t always be “just Bk”?

Yeah, like… I’m not gonna say “scared” because fear isn’t real, but it gives me anxiety. I don’t check my plays, my views. None of that. If you ask me how’s “Admit It” doing, I’d be like, “Bro, you tell me.” It gives me anxiety. [The numbers] don’t matter.

Even though you aren’t checking the numbers, do you feel successful?

I feel successful as hell! I feel loved, too. My supporters love me so much and I’m receiving love every second of the day. I know they’re receiving my art in a different way. It’s not just a song [to them]. That’s why [numbers] don’t matter. I could get a million views talking down on somebody. Does that matter? No! My music, I’m receiving love from it. That’s success to me.

How has your deal with Warner Records allowed you to be more creative?

Creativity is a personal thing. It helps me in the industry because that’s what labels are for. Definitely, [the deal has helped with] resources. If I have this idea for this video, they’re like, “Here’s a list of videographers we have.”

Do you have any creative rituals?

I just live. The best way to live is to just be. I live in the moment and shit comes to me so fast. I just draw, write it down, bring it to the label.

So, you’re a vessel for art?

Literally! When I die, my energy is gonna be in another vessel, and I’m gonna be doing the same thing. I already felt like I was doing this in my past. I know I was doing it because there’s no other way I’m this good at it, at 18 years old. I’ve been doing this shit for a long time.

What’s the ultimate goal with music? How will you know you’ve made it?

That’s a tricky question, and I’m gonna say the reason is because I’m already doing it. It’s just to put love into as many people’s lives as I can. On some legendary shit…

Feelings are the only things that’s real, so within my art, I’m sending out love to all my supporters, to everyone who listens. I want to change people’s lives.