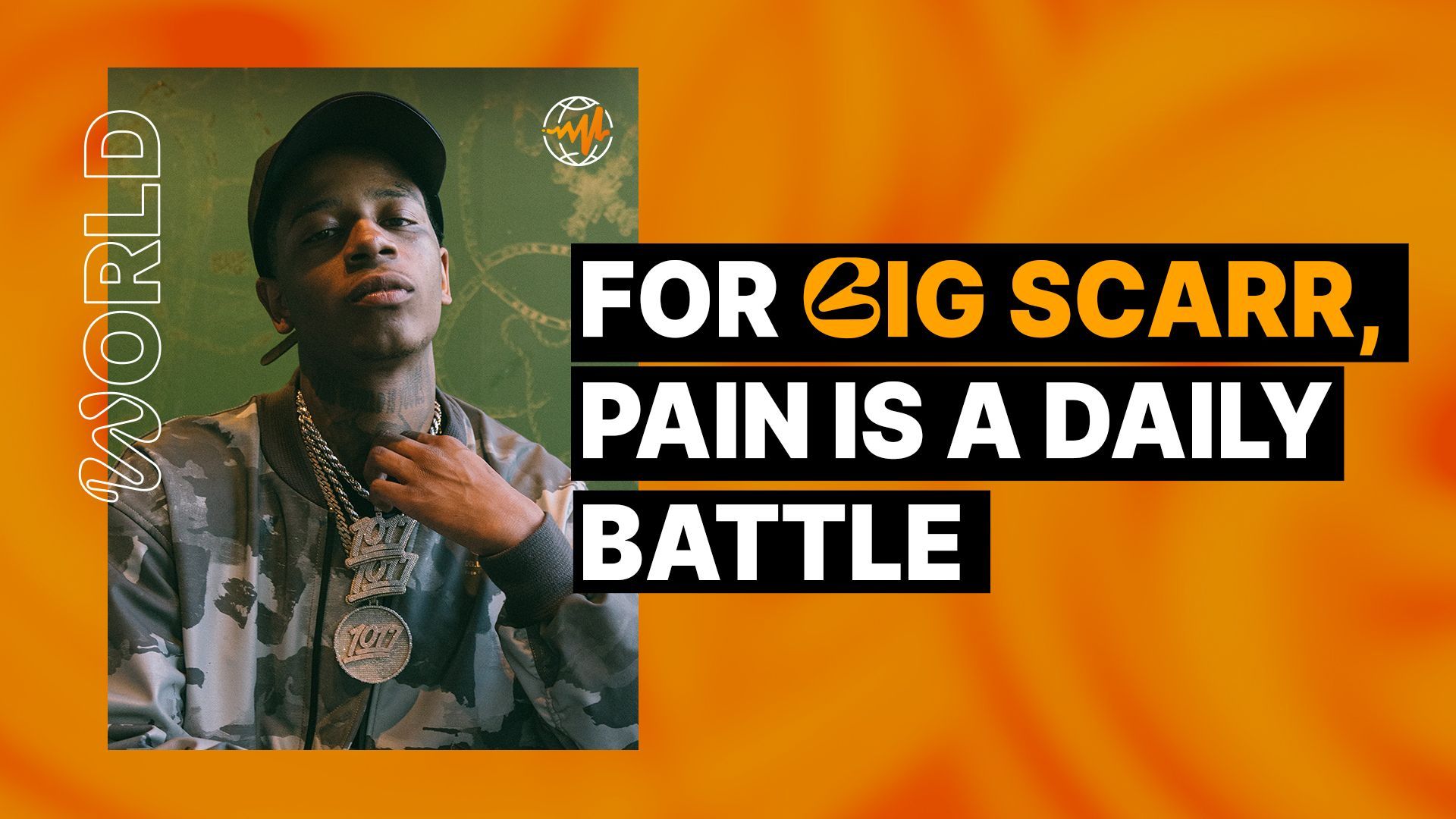 When Alexander Woods was 16, he suffered a car accident so severe that its lingering evidence would become his new identity. The South Memphis native, having been thrown through the windshield of his friend’s vehicle, healed as best he could and, when he began rapping a few years later, adopted the name Big Scarr–embracing rather than obscuring the hardships that formed him.

Though still only 21, Scarr speaks with measured perspective and prizes his family above all else. In interviews, he has frequently referred to his father as his “best friend”; to me, he says that the physical recovery from the accident–and the one from a shooting that took place just last year–seemed surmountable only because he had already overcome the loss of his beloved grandmother.

Scarr is a gruff, kinetic part of the Memphis scene that is currently one of rap’s most exciting. His longtime friend, Baby K (who encouraged Scarr to rap in the first place), is making waves of his own, and his cousin Pooh Shiesty seems like a bona fide star. In fact, it was Shiesty who passed one of Scarr’s earliest musical efforts, the pulsing “Make a Play,” to Gucci Mane, who would soon sign Scarr to 1017/Atlantic. That deal paid off another family bonding experience: “My mama put me onto Gucci,” Scarr says. “We used to ride around and listen to ‘745,’ all that street shit.” 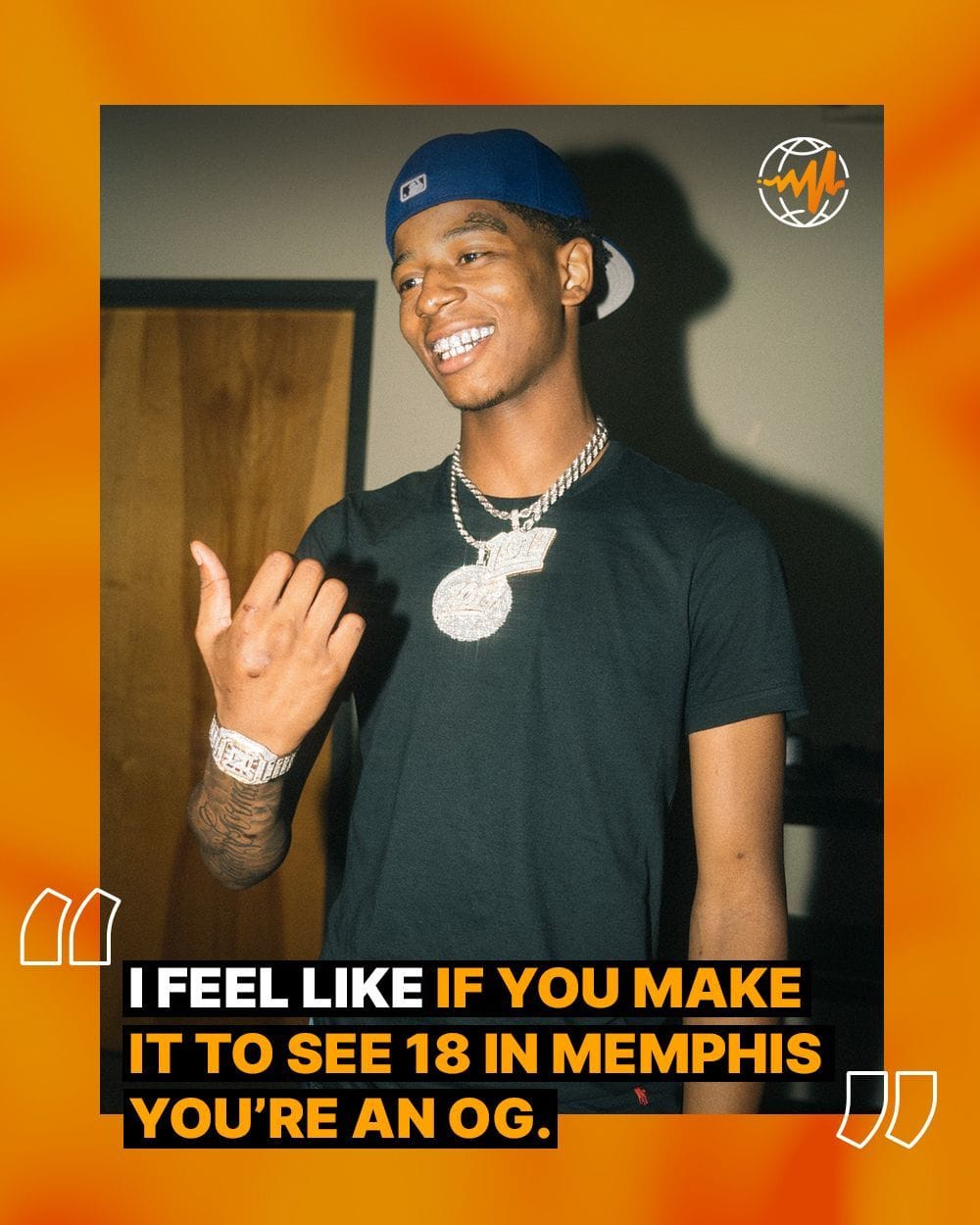 Big Grim Reaper, out last month, rattles bones the way you’d expect it to but also carves out room for disarming honesty–like on the song “Pay Me,” where he raps about using Percocets to numb him from the pain that dogs him daily. It is the kind of debut that reveals an artist adept at finding new crevices in an established mold.

What’s the biggest way your life has changed in the past year?

It didn’t change nothing about me, but everything around me changed. The people. You know how it is: when this type of [success] comes, a lot changes.

Do you find yourself being less trustful of people?

Yeah, you’ve gotta keep the circle small. I don’t really deal with a lot of people, I just keep my folks around.

How would you describe Memphis, and particularly the South side, to someone who’s never been there? And do you feel it’s changed in recent years?

We talked a little earlier about Gucci, but which other rappers were you into as a kid? Whose work felt influential to you?

I don’t really have any influences because my dream wasn’t being a rapper, so I ain’t never look up to no shit like that.

Then what changed? What made you start taking it seriously?

My brother Baby K. I wasn’t rapping at all. He was doing his thing. One day he was just telling me, like, ‘I ain’t gonna lie, you’re gonna have to do something, try something, because I ain’t gonna be able to hold your hand.’ I tried [rapping], and this shit worked out. 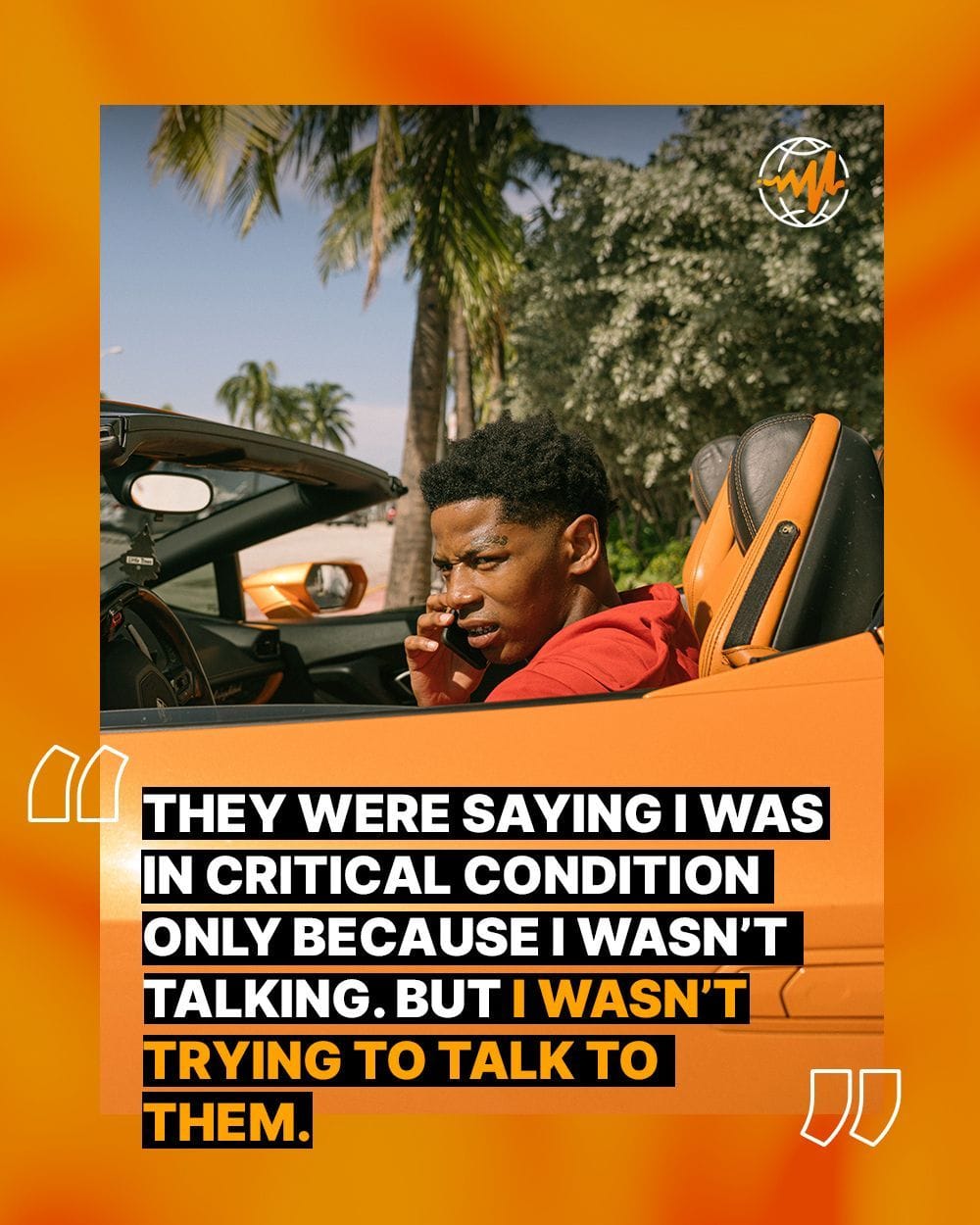 From what I understand, you don’t really have a vault of unreleased material; you started recording and put those songs straight out.

Yeah, motherfuckers don’t even know. I ain’t even in my prime yet. I’m really still finding myself. I just be trying shit: I don’t write at all, I just go [in the booth] and fuck around.

All the writing is done in the booth?

It’s all done in the booth. In my regular time, I don’t sit and listen to beats and write and shit. I just do regular shit. And when it’s time to go to the booth, I sit there and do this shit.

When you are going into those sessions, what are you getting better at right now, as a rapper, as a songwriter?

I heard an interview once where you said the best thing you ever did was drop out of school. A lot of people drop out and are very successful, but I’d never heard someone say that so bluntly.

Life is all about lessons, and it taught me a lot of lessons. You’ve gotta get out and see what’s for you, not what they’re telling you you should be doing. School ain’t for everybody. I’m not saying that you shouldn’t try it–for sure, try it, see what you can do with it. But it just wasn’t my thing.

How would kids who knew you in school describe you?

I was the class clown. Skipped class from first period all the way through seventh. Me, I knew school wasn’t for me. I knew I wasn’t going to finish it. As long as I knew how to read and count my money, I was good. That’s all I needed. Since I’ve been out of school, I haven’t seen ‘H-Y to the second power,’ none of this shit.

Your car accident was obviously a traumatic experience. What was the recovery process like?

I ain’t gonna lie: I’ve had to overcome a lot of shit in my life. But I feel like it ain’t nothing I can’t [overcome]. When I was young, I lost my grandma. I had to cope with that, and after that, it was like there was nothing I couldn’t deal with. But the recovery was painful; I ain’t gonna lie.

And then last year, you were shot–the accounts of that sound terrifying, like the doctors had a pretty grim outlook for you. Was there a time when you were afraid you couldn’t walk again?

Nah. The doctors just be talking. They were saying I was in critical condition only because I wasn’t talking. But I wasn’t trying to talk to them. The bullet went in my hip, but by me moving, it traveled up to my spine. They had to take my appendix out. My right leg, they had to put it back together. I still can’t feel my leg from my knee up to my hip.

You’ve spoken so much about your grandma, and your dad. What parts of your personality do you get from them?

I wear my heart on my sleeve. I’ve got a big heart. I’ve gotta learn how to put myself first sometimes, because I always used to put people before me. On the other hand, I’m wise; I’m wise as well. I ain’t the average 21-year-old. When people talk to me, they say, ‘You’ve got a head on your shoulders. You talk like you’re 40, like you’ve been here before.’ I ain’t no dumbass.

Now that you’ve tasted a little of the material success, have your goals changed at all?

My biggest goal is to move my people and make all my folks happy. It ain’t even about me at this point. Once I put them where they want to be, that’s when I’m gonna be happy.