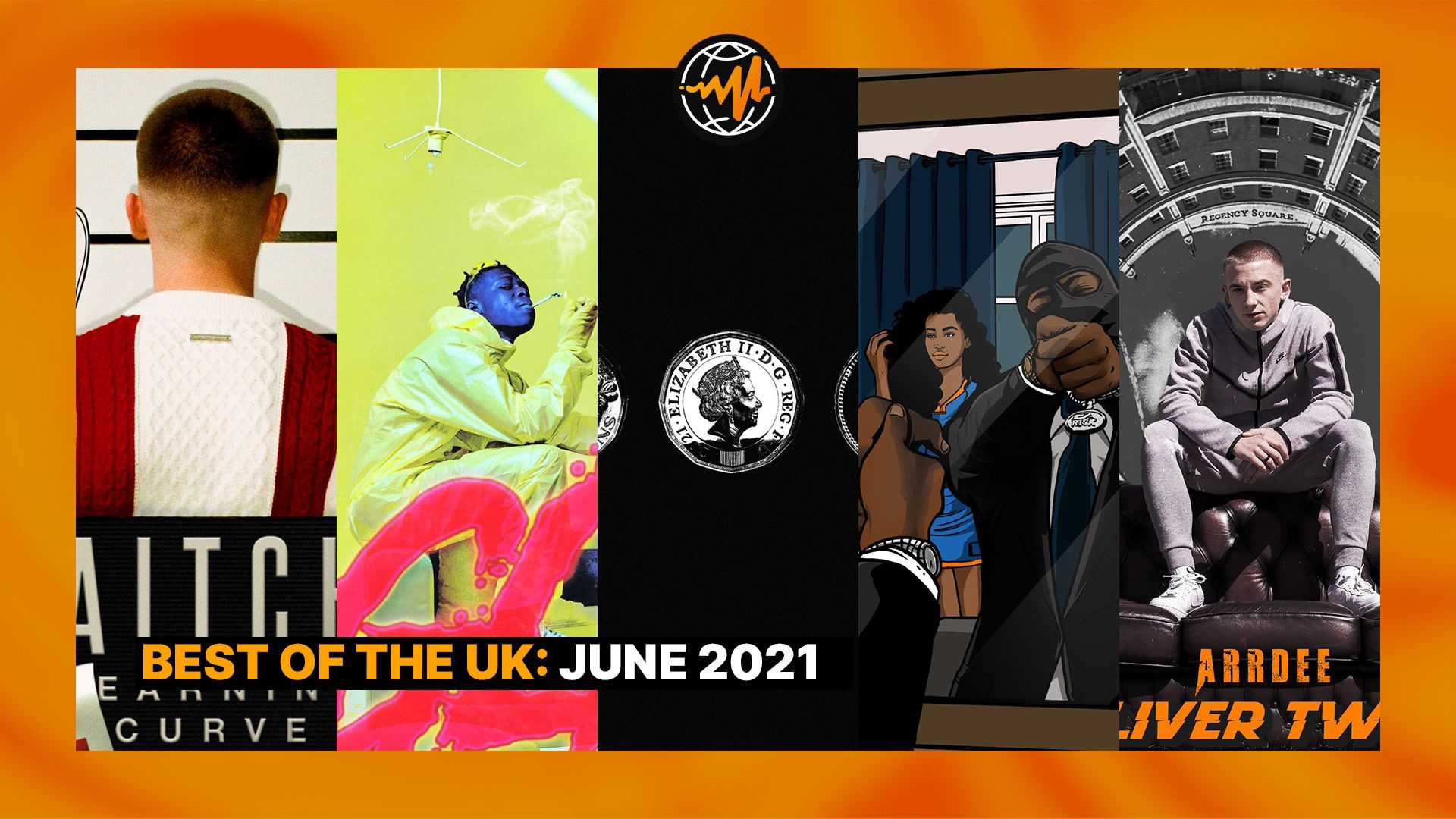 Best of the UK is a monthly column highlighting the best new songs from the UK artists on Audiomack. Listen to and favorite our UK RAP and UK R&B playlists, which include these selections and more.

Pa Salieu returned in June, alongside slowthai, with his first single of the year, the smoldering afro bashment cut “Glidin’.” Following Pa’s standout contribution to UK rap, Send Them To Coventry, in 2020, the Midlands marvel channels his inner Vybz Kartel to perpetuate his unblemished singles discography in a first-time collaboration between the eclectic emcees.

Headie One exploded into the summer in June with his first single of 2021, “Pound Signs.” Revisiting the uncompromising drill that laid the foundations for this journey to the top of the UK charts, the Tottenham emcee freewheels over Likkle Dots and Es’ thundering riddim, dashing high-pitched reflections on sudden wealth.

Homerton’s Unknown T delivered yet another baleful measure of drill with his latest release, “Goodums.” The 21-year-old emcee’s velveteen enunciation flows over Miink’s plaintive production, tendering resonant wordplay in a simmering drill interpretation of 2Pac’s “Me and My Girlfriend.”

Adelola’s favorite geezer ArrDee seized upon the furor of his starring role on Russ Millions and Tion Wayne’s “Body” remix with his new single, “Oliver Twist.” The 18-year-old from the Sussex coast picks pockets in ZEL’s orchestral drill riddim, celebrating his rapid ascension with some victorious bars.

Fresh off of claiming the first drill No. 1 in chart history, Tion Wayne seized upon the unprecedented victory with a follow-up drill venture, “Wow.” A fervent companion piece to “Body,” the Edmonton emcee encourages his detractors to pipe down, issuing words of warning on a sinister riddim produced by CZR Beats and Pxtrick.

Zimbabwe-born, Swindon-raised S1mba joined forces with the ubiquitous Tion Wayne and production outfit Stay Flee Get Lizzy for his new single, “Bounce.” The afro bashment trendsetters show appreciation for the beautiful women in their lives on GRADES and Tre Jean-Marie’s balmy riddim, with a buoyant cut to amplify the new afro-swing summer tradition.