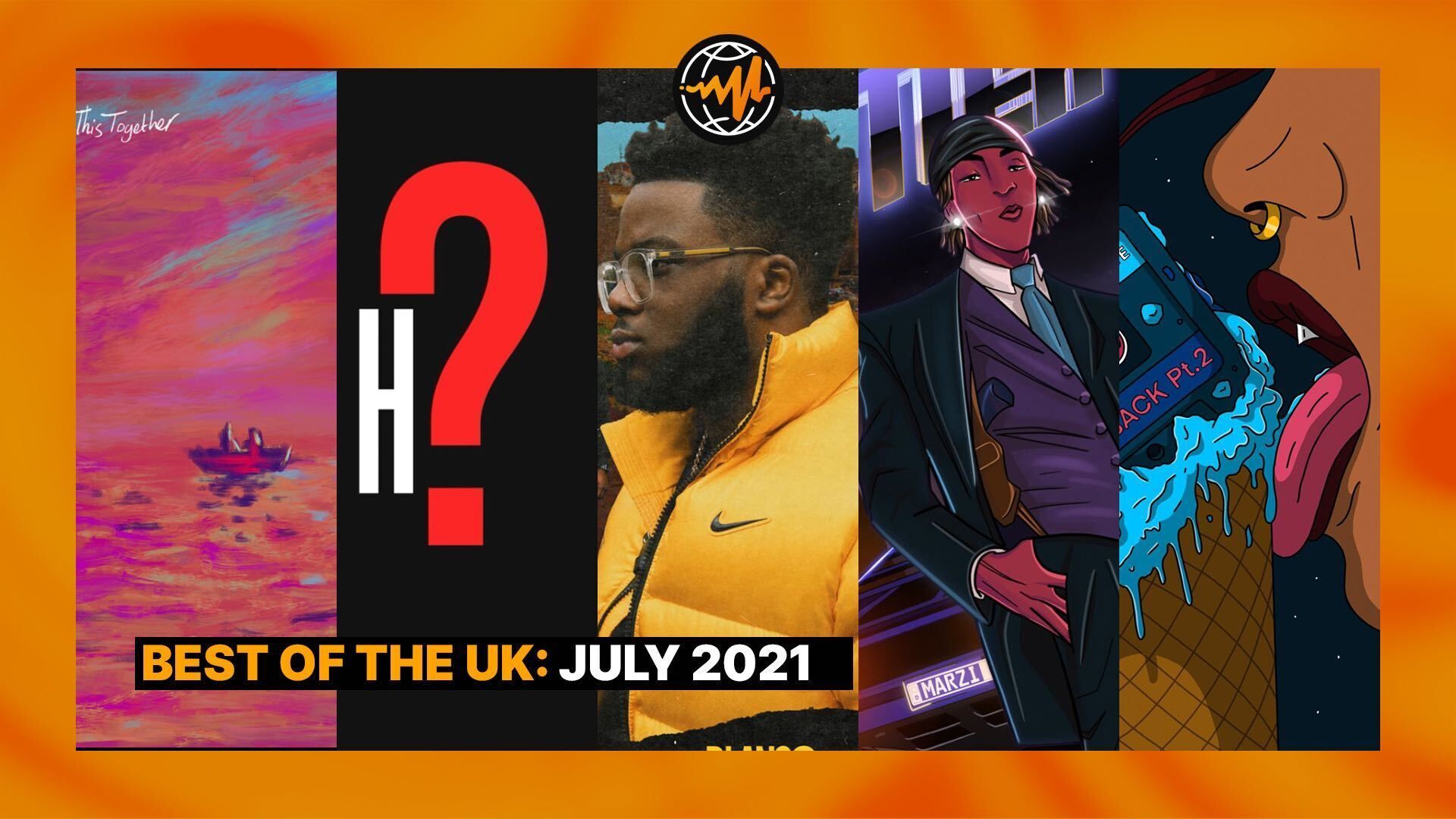 Best of the UK is a monthly column highlighting the best new songs from the UK artists on Audiomack. Listen to and favorite our UK RAP and UK R&B playlists, which include these selections and more.

July saw the long-awaited collaboration between UK rap titans Dave and Stormzy. The South London duo, who both garnered “Album of the Year” victories with their debut albums—the only rappers to have ever claimed the honor—took to drill to celebrate their holdings. Dexterously vaunting his assets ahead of his superb second album We’re All Alone In This Together, Dave sets the self-praise pace for Stormzy to direct some choice subliminals at Chip.

Stormzy’s subliminals were met with an instant retort from Chip, who issued a war dub in response to “Clash” hours later. Taking to grime to bait the self-proclaimed king of the genre into redress, the seasoned emcee takes exception to the song’s title—“Contradictions, stop the cab/ You don’t battle rap, why drop and call it ‘Clash’?”—furiously peppering a revamped version of Wiley’s “Doorway” riddim to claim another victory in the one-sided war.

Marzi dreamily blends dancehall into a sultry afro-R&B fusion on his new single, “Hustler.” The London-based Nigerian’s smoke-wisp inflections float over a spaced-out interflow of electric strumming and crisp percussion, as he singjays his unwavering commitment to his girl in chromatic alté fashion.

London production duo Star.One continued to blaze a 2-step trail for the UKG revival in July, giving their latest house banger “Won’t Hold Back” the full UK garage treatment for the summer. The sibling combination teamed up with SOULSTATE to lace a sunlit backdrop for Croydon emcee Jords to join in the festivities, splicing the vocals in time-honored Todd Edwards fashion to create yet another stellar garage floor-filler.

MoStack returns to the afrobashment foundations that chartered his emergence with his balmy new summer single, “Ride.” Pivoting on a heady soukous guitar riff, the North Londoner sets out his conditions for loyalty, negotiating Rxwntree’s palm-wine riddim with some equable opp threats and a lilting chorus.

Unknown T rolled out his and UK drill’s best flow on “Driller sh!t,” the fourth single from his highly anticipated sophomore album, Adolescence. Doubling up the tempo from his previous singles, the Homerton emcee besieges Byrd and AXL’s breakneck riddim, pelting the 8-bit melody and billowing kicks with gruff edicts on appropriate driller conduct.

Fresh off making history together on drill’s first-ever number one single, “Body,” Darkoo and Tion Wayne reunite for the smoothed-out summer jam “Slow Down.” The Nigerian-born, London-raised rapper-singer takes the lead, crooning a fetching hook for the Edmonton emcee to parlay into an afro-swing celebration of the jet-hopping high life.

Peckham’s Kwengface released his searing new single, “Chef,” in July, a hot-tempered drill showing produced by AV the Producer and Gotcha Bxtch. The Zone 2 South Londoner takes aim at police and his opps, littering the sub-bass riddim with a deluge of bellicose bars.

SR continued his conquering run of uncompromising UK drill efforts into July with his latest single “Snap It.” Producers DT5 Beats and Senseii adhere to SR’s proven formula of dour keys paired with trembling sub-bass, lacing an ominous backdrop for the incognito Brixton driller to hammer with double-time hostility.