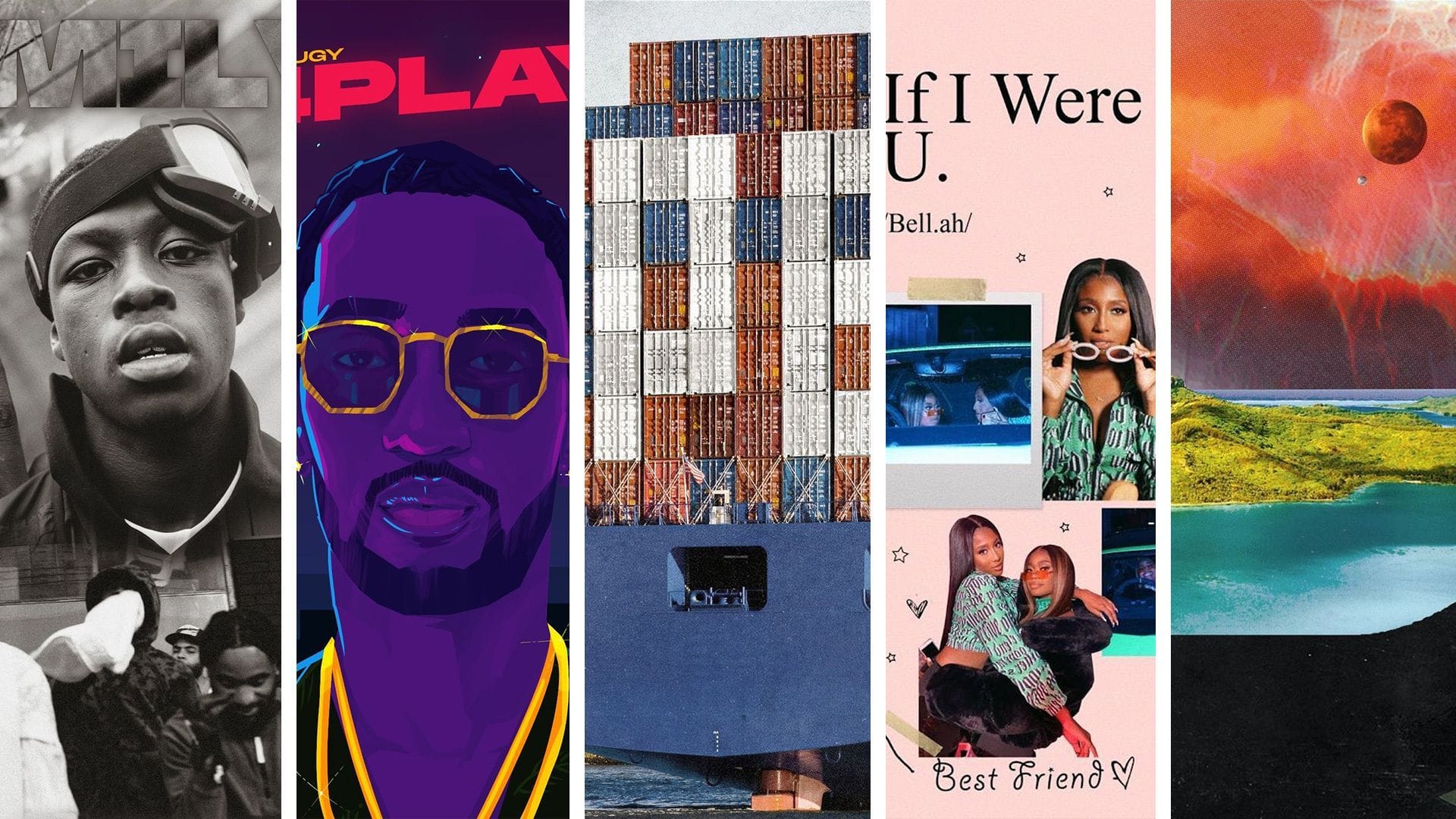 Pa Salieu revisited his riotous alliance with BackRoad Gee in September for the unruly “My Family.” The Coventry prodigy—responsible for 2020’s foremost UK rap offering “Betty”—once again exhibits his prowess to inject melody into the most hostile of riddims, empowering BackRoad Gee to unhand a plethora of volatile bars that turn “My Family” into one of the year’s most compelling rap collaborations.

Eugy saved the best for last on his new EP, 4 Play, leaving the rousing standard “Love Blind” to close out the four-track collection in style. Contemporary R&B with a vintage soul, the British-Ghanaian rapper-turned-singer laments his mistakes over plucked electric guitar and tambourine shakes, before landing on a spiritual chorus that preaches the gospel of the love blind.

Rio Rainz’s blissful new single “Never Know” is a calming R&B confessional. The 16-year-old singer-songwriter from Essex gently quavers over his piano, revealing the promise of a relationship that could assuage his struggles with his fake friends and naysayers.

Keeya Keys rolls the clock back to 2000 with a gun finger-inducing UK garage riddim for his radiant new single “Bebey.” Breaking out a champagne flow to attune with producer collective 4Play’s two-step shuffle, the North Londoner triggers summer vibes and nostalgia with his deft delivery and some brazen bon mots. “Bebey” is a first-rate follow-up to his breakout single “Ruud.”

A polished British R&B gem, “Stay” is the highlight of producer Gifted’s sophomore EP, Shokunin 2. Featuring a sultry vocal performance from Kyra, the Londoner serenely marshals Gifted’s percussion, settling into a tender refrain ahead of an uplifting post-chorus bounce that furnishes “Stay” with a vintage ‘90s R&B aura.

A psychotropic soundscape of smokestack drums and forbidding filtered bass, Lord Apex & V Don’s “Belize” is the begrimed peak of the rapper and producer’s collaborative album, Supply & Demand. The MF DOOM-inspired emcee from White City is joined by Pro Era’s CJ Fly for the brooding homage to the pre-extradition Belize of Christopher Wallace’s dreams.

Joey XL and KC Clarke’s oscillating ode to “Friday Love” is sensual trap soul from London, steeped heavily in OVO sound. Motivated by its filtrated bounce, the twosome navigates the couth claps and hi-hat rolls, warbling their weekend routines to the object of their desires.

Bellah & Alexander Lewis — “If I Were U”

North London singer-songwriter Bellah appeals to a friend to take her advice on her buoyant new single “If I Were U.” Rendering her frustrations at the time and energy she’s given to a friend who’s being played and can’t be reasoned with, “If I Were U” is a relatable slice of R&B armed with the verve of the early 2000s.