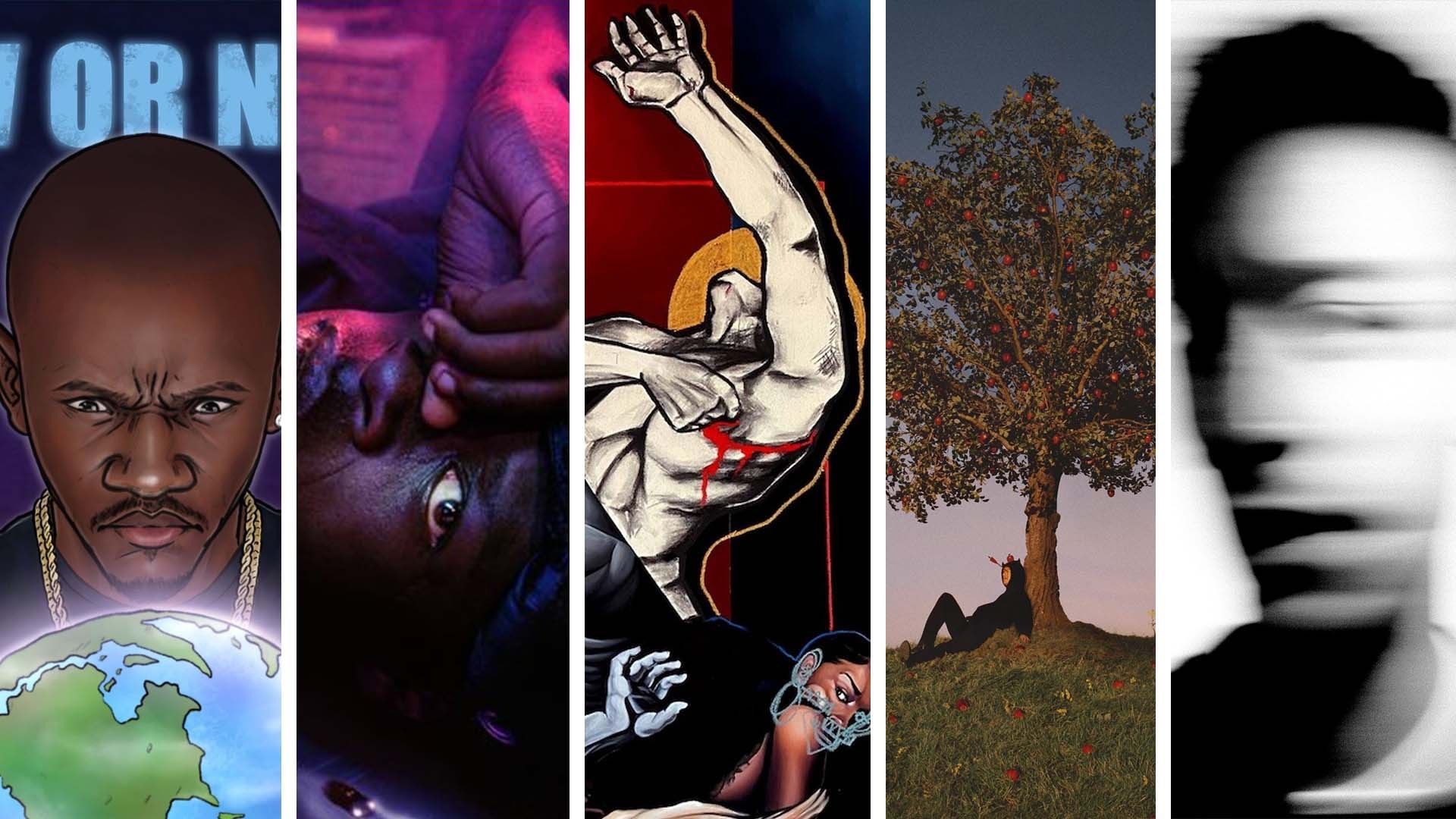 Dizzee Rascal revisited his origins for his new album E3 AF, recruiting grime icons Ghetts and Kano for the vintage 140BPM alliance “Eastside.” The East London trio bandy the mic like in their radio set days, with Ghetts igniting the path for a reinvigorated Raskit to deliver double-time turmoil, before Grime Jesus Kano blesses the Chubby Dread riddim with a white-hot stanza, fortifying his standing as the finest emcee on terra firma.

Ghetts once again demonstrated why he is at the zenith of his career, and the UK rap scene, with his first-time collaboration with Skepta, “IC3.” The two grime legends unite over a minatory Ten Billion Dreams’ production, going back-to-back with Black pride verses (“Don’t tell me to go back where I came from while the Queen sits there in stolen jewels”), denaturing the UK police identity code for Black with a litany of poignant quotables—“The Queen offered me the MBE, I said no and raised my fist / I went home, got my chieftaincy, now I’m back on the strip.”

Pa Salieu dropped his long-anticipated debut mixtape Send Them to Coventry in November, supplementing an unrivaled series of singles this year with the irrepressible “Block Boy.” Kwes Darki & AoD lace a heaving Afrobashment backdrop for Pa to channel Vybz Kartel in a rousing salute to selfdom. The 22-year-old prodigy’s first full-length effort—a burnished fusion of drill, Afroswing, and dancehall—is the highlight of the UK rap calendar in 2020 so far.

AJ Tracey teamed up with Unknown T for Roc Nation’s REPRISE project, uniting North and East London on a searing production from Remedee and TobiShyBoy. Marrying the syncopated shuffle of 2-step garage with vintage grime synths, Unknown T certifies his proteon flow on the ultra-London riddim in tandem with the prime mover of the new UKG movement in one of the standout collaborations of 2020.

Slowthai dedicated the new single from his upcoming album TYRON to British National Health Service workers on the pandemic frontline. A melancholic charge to appreciate small mercies (“We want ‘em all until we have them, happier with rations,”) “NHS”’s tongue-in-cheek existentialism (“What’s Rick without Morty, Lil Wayne without codeine, a rapper without jewelry, real person, surely?”) reinforces the Northampton native’s reputation as hip-hop’s premier social satirist.

Loyle Carner teamed up with musical hero Madlib in November for his new single “Yesterday.” The Beat Konducta contributes a Champion Sound-era production for the Croydon rapper to grace with his languid Souf London lilt, amplifying his penmanship and hinting at a future full-length collaboration between the duo with the closing bar—”It’s LC and Madlib, it’s MadLoyle.”

North London’s Abra Cadabra dropped the pick of November’s UK drill with his blistering new single “Spin This Coupe.” The Tottenham driller runs rampant over H1K and Zenith’s sinistrous production, unhanding gruff ultimatums to opps (“You coulda been a murderer, coulda been a terrorist, we don’t care, we just slap these 9s”) and coasting into a militant chorus that draws melody out of the ill-boding bars.

Afrobashment collective NSG followed up on their album Roots with their infectious new single, “Kate Winslet,” alongside Unknown T. Promising to drop a man like Rose did a glacial Jack, the East London assemblage deliver a balmy backdrop, driven by a cultured horn section. Dispensing slow whine 8 bars with typical humour (“She give me top, then cut, that’s a fade”), Unknown T comes through with a standout 16 to add to a distinguished run of features in 2020.

SL followed up his excellent EP Selhurst SE25 with a new full-length, Different Dude, partnering with Unknown T for the standout “Excuse Me.” The 19-year-old from Croydon continues his concerted effort to put SE25 on the global rap map, gliding onto EboTheGreat’s dulcet drill riddim with mellifluous block talk, going quid pro quo with Unknown T in a stellar collaboration between two of UK rap’s most prodigious talents.