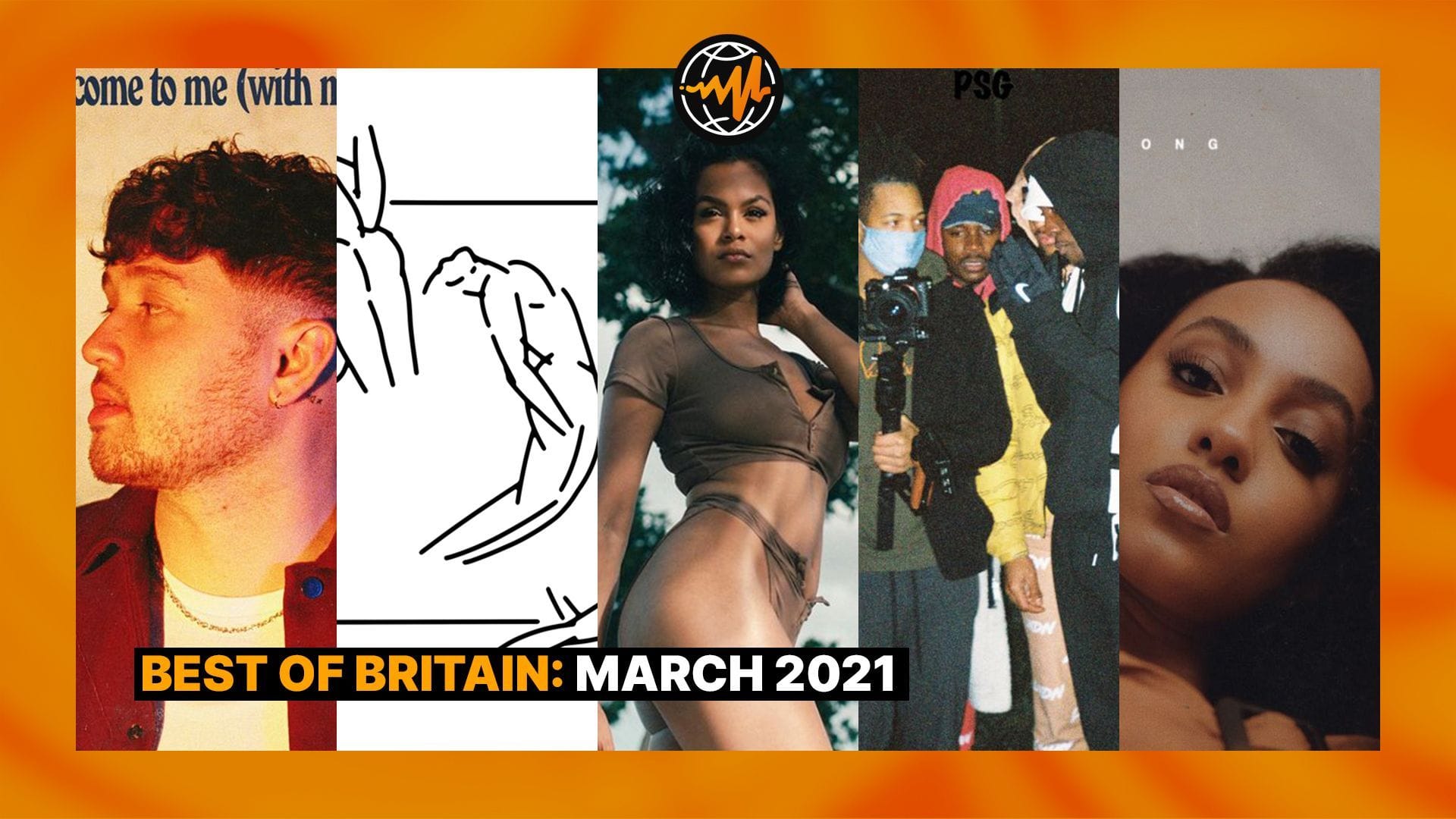 Afrobashment trailblazers NSG followed up the smooth “DRUNK GUITAR” with “After OT Bop,” the spiritual successor to their 2019 breakout. Set to a sinister groove from in-house producers 4Play, the Hackney collective trades sharp-witted bars with the pyrotechnic BackRoad Gee.

James Vickery pays homage to the brothers Gibb in his smoothed-out R&B collaboration with neo-soul doyen Musiq Soulchild. Wielding a Main Course Bee Gees falsetto with amorous intent, the South Londoner quavers beside Musiq’s trademark tenor, evoking the Saturday night fever of “More Than a Woman” ahead of his debut EP, Overture.

When grime godfather Wiley failed to deliver upon his promise to convene all-new grime releases on January 1, 2020, Genesis Elijah likewise shelved his foray into the genre. Resurrecting his Vision in 2021 with a series of weekly singles, “Mad One” is the pick of the 140 bpm bunch. A hallmark grime banger, Shapes’ furious riddim incites an opening salvo from the Brixton native, inspiring Jammz and Scotty Stacks to round off the barrage.

Lord Apex brings the bounce to his UK shit for his first single of 2021, the victory lap riddim “Like You Know.” Flexing his self-possessed flow over a post-Dipset trap production, the White City native ramps up the volume on the Angus Luke production.

Ayanna pleads for some personal space in her relationship with her rousing new R&B single, “Alone.” The London-based singer-songwriter fastens her resonant vocal to a mellow vibraphone-infused backdrop in a polished appeal to her love interest’s self-esteem, imploring them to not take her need for alone time personally.

Dagenham’s Hakkz claims to be “pandemic proof” in his buoyant new single “Pandemic.” Manifesting a plan to survive a global economic recession, the East Londoner saunters over the rumbling bass, congratulating himself for turning 2020 into a “bandemic.”

East London’s Levaud reunited with Nigerian Afropop star Reekado Banks for her sultry new release “Oh My.” Propelled by a plucked bass riddim, the British-Mauritian singer flutters between English and French, uttering her enchantment with a love interest in a seductive afro-fusion.

London-born, Atlanta-based Tobes44 turns an acoustic drill riddim into a mellow backdrop for his polished new release “PSG.” Navigated by an infectious vocal loop, the Peckham native rides the sub-bass, flexing his persuasive flow on a freestyle titled after his FIFA team of choice.

Meron Addis continues her string of 2000s-inspired R&B cuts with her latest release, “So Long.” Rejoicing in finally finding someone special, the Ethiopian-British songstress catches a summer vibe on the breezy, acoustic production, lilting her excitement in finding peace of mind in a relationship.

Northwest London’s ySo?’s first release of the year, “Westside 17” is a two-minute rhymefest, set to three different self-produced beats. Evoking the spirit of a Warm Up J. Cole, ySo? declares conviction in his craft and takes square aim at those who didn’t believe him.