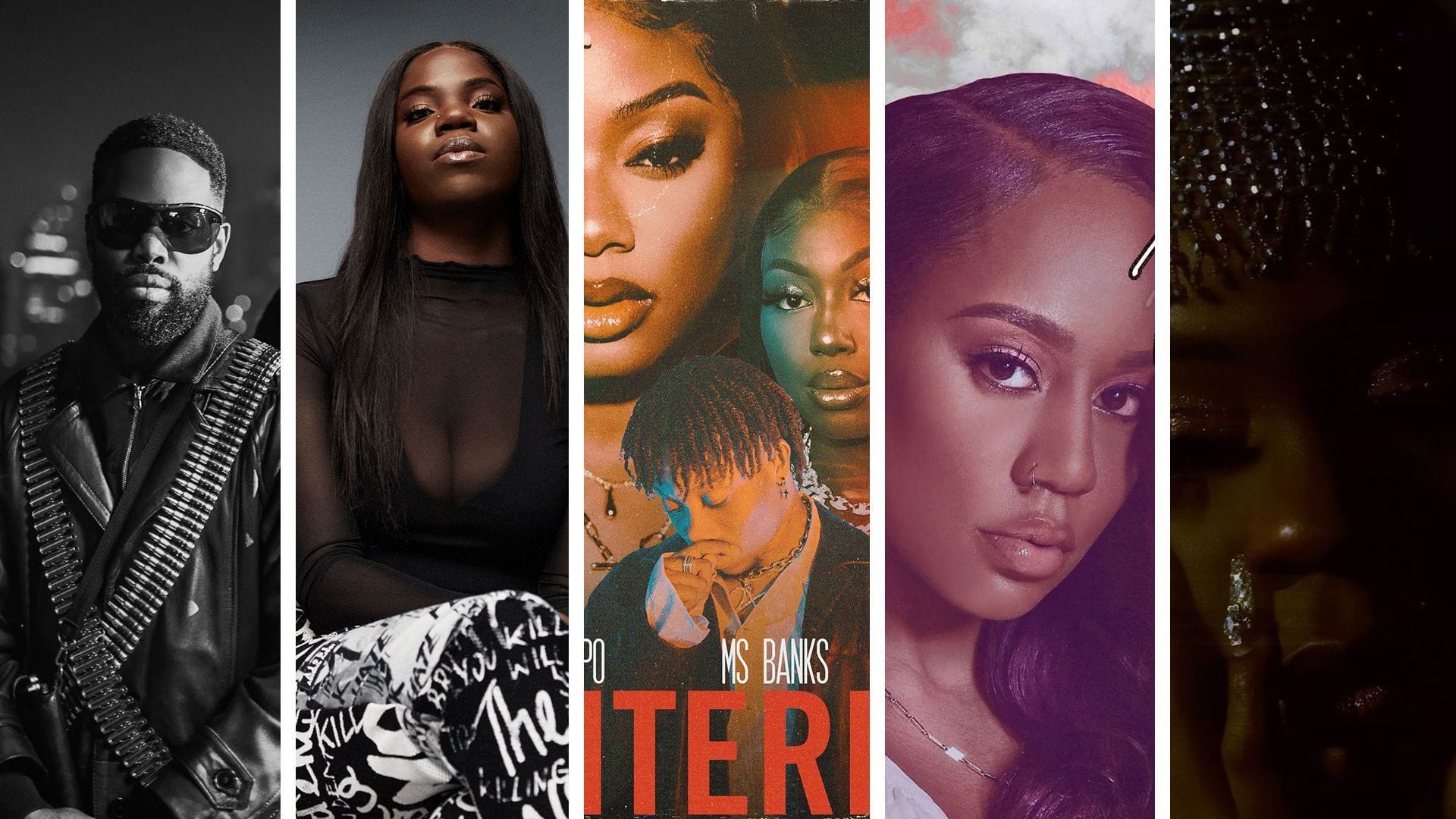 Ahead of his highly-anticipated album Conflict Of Interest, Ghetts invites fellow grime luminary Stormzy on to the potent new single “Skengman.” Continuing his superlative run of cultured grime offerings, the veteran emcee delivers dulcet reflections on a former life of crime before turning the clock back with a sulphuric verse from his tempestuous alter-ego Ghetto to attest that he is, still, top 3 selected.

Ad-lib artisan BackRoad Gee settled his trademark frenzy into a slow whine simmer for his new single “Take Time.” Applying his sonorous gruff to a horn-driven afrobashment riddim, the emphatic East Londoner urges patience, humming streetwise sweet nothings to a loved one, and bespeaking his artistic range after an explosive 2020.

Dolapo teams up with South London’s Ms Banks and Nigerian sensation Oxlade for her latest single “Interest.” The North Londoner’s glossy R&B melodies sparkle on an engaging afrobbean groove, as she goes back-to-back with Ms. Banks’ purposeful bars in advance of an appetitive verse from the Lagos-based pop star.

Jorja Smith joins forces with ENNY for an updated version of her celebration of “Peng Black Girls.” The British-Nigerian rapper from Southeast London takes to a ‘90s West Coast vibe for the remix, dropping affirmations of Black beauty alongside Smith, who quavers the chorus before contributing 16 adulatory bars of her own.

Nao joins forces with Afropop songster Adekunle Gold for her comeback single “Antidote.” Written together in dedication to their newborn daughters, born weeks apart during the pandemic, Nao’s vocals combine seamlessly with the Nigerian highlife star in an ode to parenthood.

London-born, LA-based singer-songwriter Taliwhoah’s latest release, “Do What You Want, Pt. 2,” is a hedonistic slice of trapsoul. Underpinned by a hulking grime sub bassline, Taliwhoah harmonizes with the rolling hi-hats, enticing a love interest to smoke their troubles away under a starlit sky.

Benny Atlas — “How You Dare”

Shae Universe unites with Kojey Radical for her new single, “Royalty,” a mellifluous fusion of R&B and drill. The Nigerian-born, Watford-based singer-songwriter smooths out a seamless fusion of classical guitar and sub-bass with poise, asserting her self-empowerment in a burnished addition to the expanding R&Drill movement.

North London multi-instrumentalist Ray Alex followed up the sultry “Don’t Ask” with his latest solo single “Fade Eventually.” An ambient, jazz fusion pastiche of the progressive soul of the 2000s, Alex fastens his falsetto to a self-produced groove, musing on a former relationship that he predicts will soon fade.