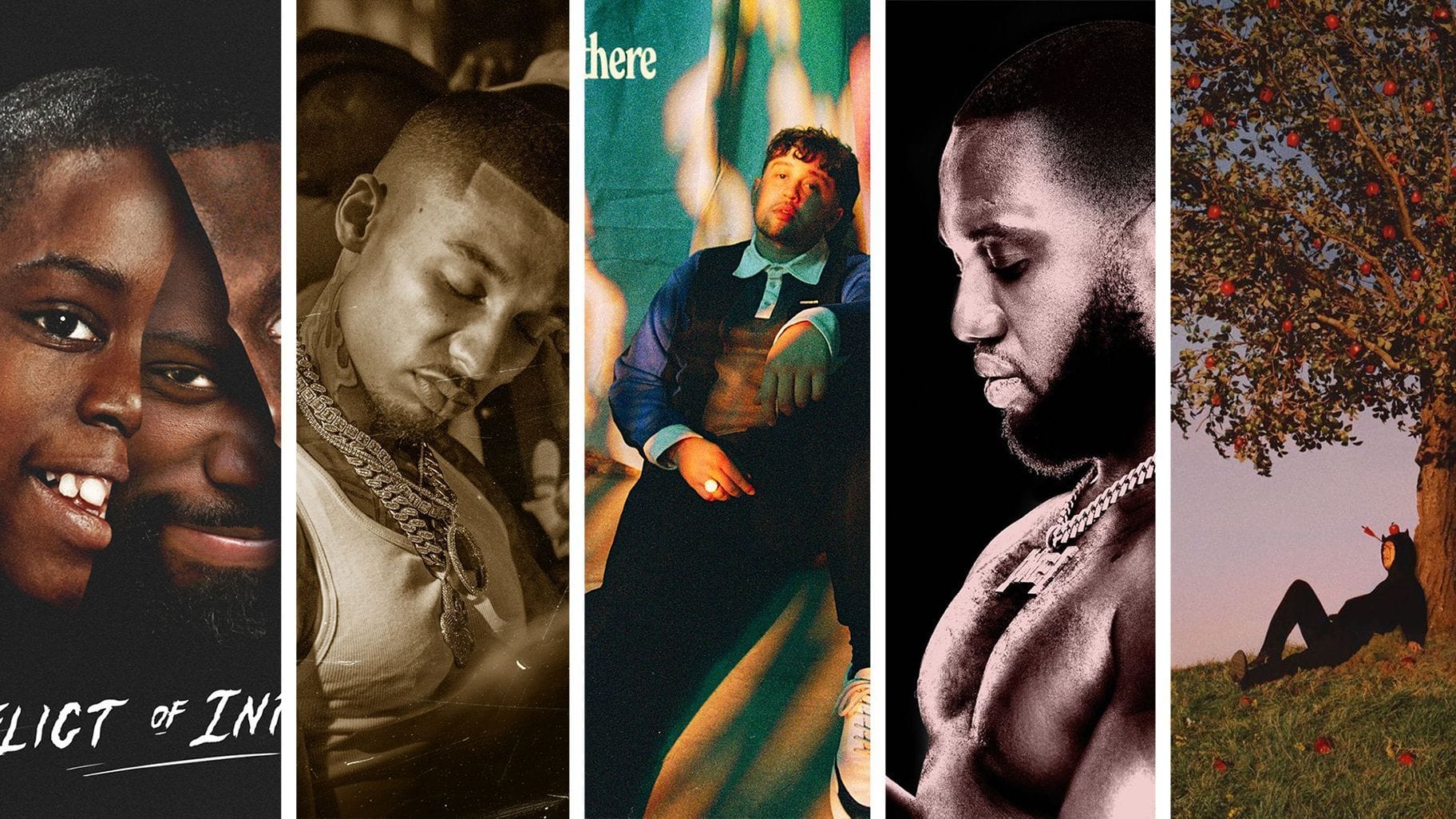 Grime avant-gardist turned emcee metricist Ghetts released his long-awaited major-label debut, Conflict of Interest, in February; 15 full years after his first mixtape. A towering masterclass in the art of rhyme, the UK rap landmark culminated with “Crud,” a collaboration with Giggs which delivered handsomely in polluted couplets—“If I’m out of line, there’s a Reason my Logic ain’t Cubase/My new ting talking about ex men, I don’t care about X-men unless they can mutate.”

James Vickery — “Somewhere, Out There”

Soul crooner James Vickery overcomes loneliness with his languid ode to lonely hearts and prospective love, “Somewhere, Out There.” Championing his inner peace over a restful neo-soul backdrop, the Londoner gently gestures to an unknown future partner, dreaming up romantic visions of blissful married life for confined singles and apathetic couples alike.

ShaSimone’s seething debut single, “Supersize,” is a self-possessed statement of the intent from the rising East London emcee. Unhanding calculated bars over a hulking sub-bass riddim, Sha negotiates a billowing drum sequence with a mesmeric hook to turn “Supersize” into an arresting introduction to the Hackney newcomer.

With his artistic freedom at the mercy of the British judicial system, Digga D—who must report his lyrics to police 24 hours prior to releasing a song—continued his ascent to the top of the UK music scene was his Top 5 drill smash, “Bringing it Back,” with AJ Tracey. Exchanging quid-pro-quo crack raps in lieu of court prohibited opp talk, AJ squeezes out a shot at the austere UK government—“I locked up the food for the kids like Boris, and then I let it go like Rashford.”

The deluxe edition of Headie One’s acclaimed debut album, EDNA, came complete with a Burna Boy feature on the bando ode “Siberia.” Pinning his nasal cadence to a guitar-driven drill riddim, Headie paves the way with hallmark opp chat, before the African giant pours forth harmony, gliding over the acoustic production with typical aplomb—“I’m smokin’ gas like a cylinder, I grip the 50 like Vivica.”

Jaz Karis’ new single “What You Need” is a smooth slice of acoustic soul from the South London songstress. Tenderly humming her relationship regrets and pleading for clarity over some delicate fingerpicking, young UK rap veteran Big Tobz contributes a sleek counterpoint verse to solidify the good-natured R&B vibes.

Genesis Elijah continued his grime spree into February with a boisterous collaboration with Pay As U Go cartel trailblazer Maxwell D, “Original.” The mid-2000s-inspired, post-eski beat banger is produced by Pastor Duchie and Shapes; Gen and Maxwell combine with throwback verses for pre-2020 mature ravers and a sonic nod of the head to Boy Better Know’s classic “Too Many Man.”

Wolverhampton crooner Benny Atlas sustained his fine run of alternative R&B offerings in February with “Keep You.” Spearheaded by a subtle electro-funk synth bassline, the ambient arrangement fashions ample space for Atlas’ lissome vocal to take centre stage with honeyed words of devotion to a loved one.