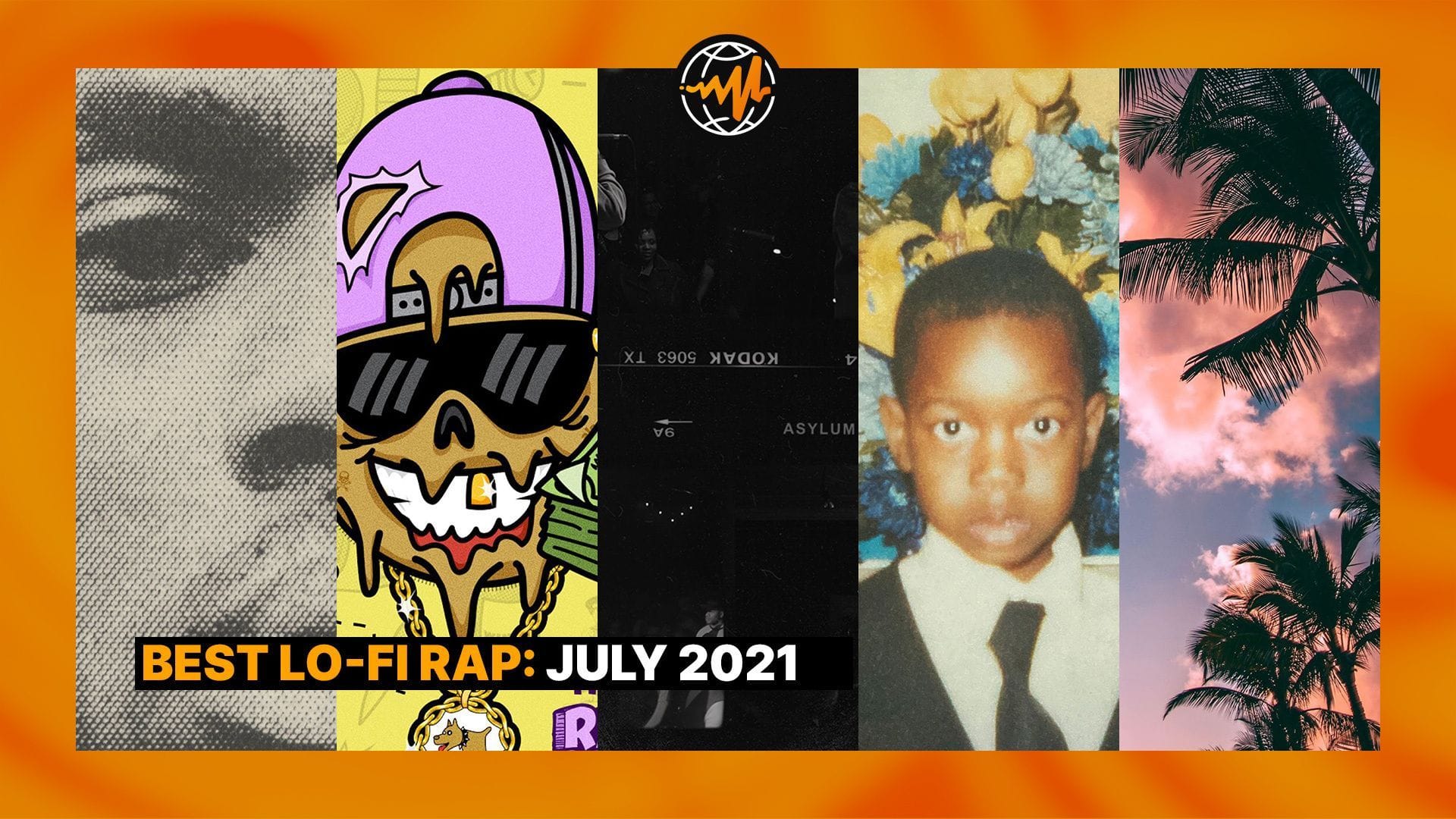 Vince Staples may be further away from the grim streets that raised him, but success comes with its own challenges. On “The Shining,” a standout song from his recent self-titled album, he laments kids who would “rather get flipped than go flip burgers” while trying to stay humble as a famous rapper. Vince surfs the faint twinkles and deep drums of the beat—produced by Kenny Beats, harper gordon, and WahWah James—with ease, creating an atmosphere equal parts gloomy and triumphant.

Beats from California producer The Alchemist have long been considered cheat codes. His versatility has fueled his Rapper’s Best Friend beat tape series for years, and the recently dropped sixth installment is no exception. One of the clear standouts of volume six is “500 $ Ounces,” a beat that originally appeared on Westside Gunn’s 2020 album Pray For Paris. On it, flaring horns and muted drums clash with a subtle vocal sample, resulting in a waltzy rhythm that would sound as fitting in a danky cypher as it would in a dimly lit jazz lounge.

Rapper Declaime and producer Madlib’s chemistry is so good, even their old music sounds new. In The Beginning Vol. 1 is a collection of old songs the duo recorded before the turn of the millennium, and “Madman,” the album’s fifth track, puts that relationship to the test. The song’s crunchy breakbeat is the perfect landscape for Declaime to let loose, rapping like a gladiator fighting his way out of the arena.

New York rapper UFO Fev and Pennsylvania producer Vanderslice’s music turns body blows into art. The duo’s collaborative album, Enigma of Dali, is a showcase for their love of hard-hitting boom-bap that verges on the surreal. On “Moody Bass,” the album’s third track, Fev leaves his love for the art on the floor (“I done picked the door to the game they say they had locked”) over the twang and crunchy drums of Vanderslice’s beat.

Deem Spencer refuses to let life turn him cynical. The Queens rapper’s latest project, Deem’s Tape, extends the brand of raw and confessional rap he’s been building for over half a decade. “Prayed For More,” the album’s closing track, sees Deem trying to stay focused and hopeful in an uncertain world, with the creeping anxiety offset by soothing pianos and synths blinking in the background.

For rapper Masongo Ogora, walking by faith is crucial to success. On “81,” the penultimate track to his latest project. HEM OF GOD’S GARMENT, he turns a shimmering beat by producer KAWHIATUS into a confessional for feelings of doubt, lost family members, and his constant struggle to “make my life gorgeous.” Guest rapper Big Flowers meets Ogora halfway, contributing his own thoughts and hopes to this elaborate theater of the mind.

Producer Le’mon Driver has proven adept at creating beats that bridge the gap between fantasy and reality. With “Beautiful Dreams,” one of a handful of new singles released this month, he uses shifting coos and drums to etch a landscape fit for relaxing with a cool drink and some good thoughts. Driver’s sound is a simple but effective way to sink deeper into your thoughts.

Producer Ryan understands the power of a good vocal loop. His latest single “GOLd” is little more than a looped harmony with horns and drums, but he manages to wring a deep sense of melancholy from them that makes for soulful listening.

Connecticut rapper Jonny Empire’s connection to the world of jazz rap is palpable. “Rap’s equivalent to shoes, and attached to the sole,” he says at the opening of his latest single, “Front Row At The Blue Note,” an apt description of his mission statement. Over the smooth jazz elements of producer Ewonee’s beat, Empire’s deep voice consoles in rap as a way for him to vent his positive and negative thoughts into the mic.

For producer Melvin Alex, groove is a language. His latest single, “Stay,” combines strobing synths, a jumping drum pattern, and a flailing background horn into a light shuffle of a beat. The song’s subtlety is well-executed, evoking the light purples of the single’s cover art.