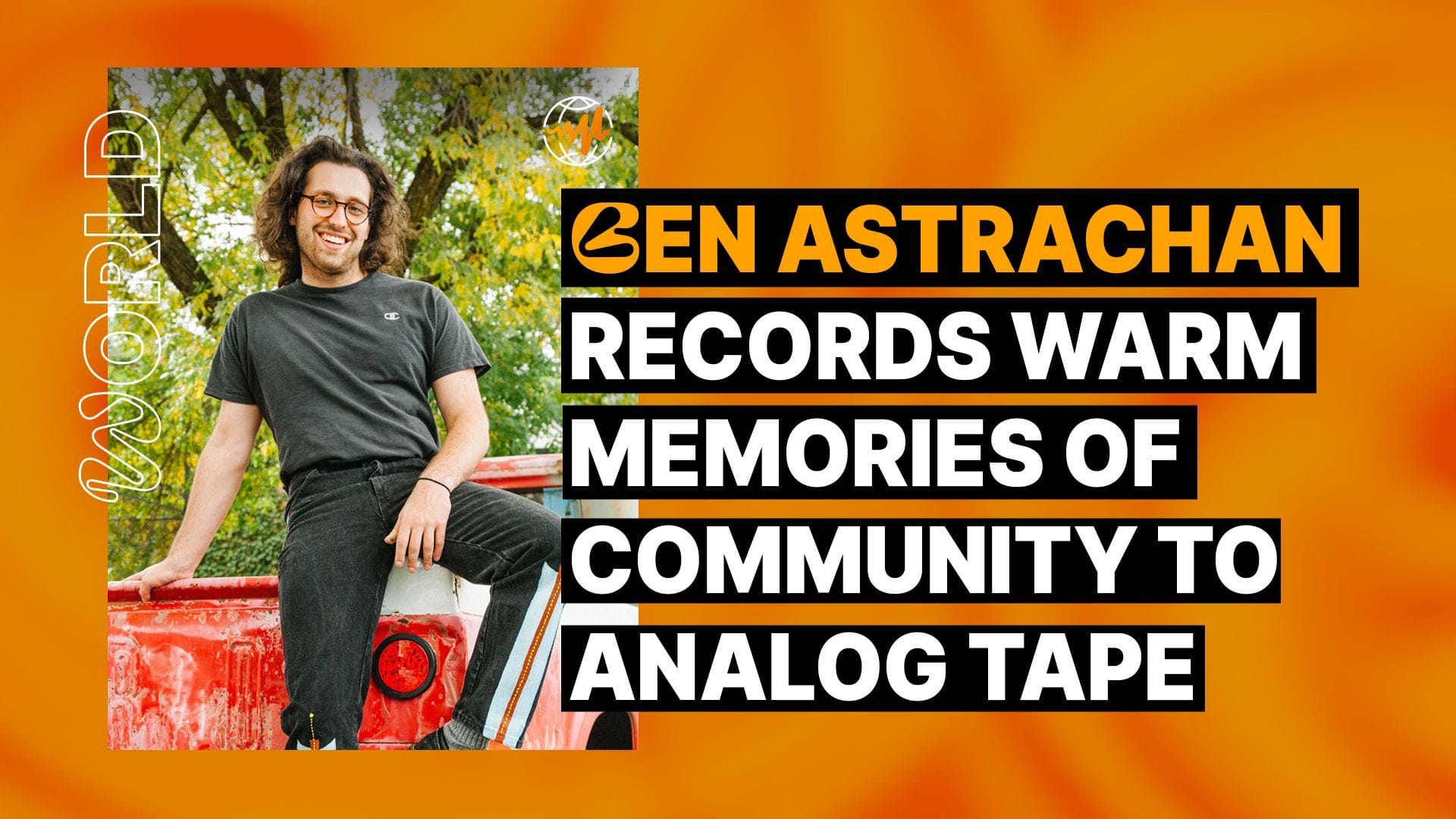 Isolation has never been a concern during Ben Astrachan’s pandemic, thanks to the five friends (and one cat) with whom he shares an apartment in Chicago’s Logan Square neighborhood. All of his roommates are artists of some kind, including romantic partner Sivan, a puppeteer and poet, and musician Austin Koenigstein, Ben’s partner in the folk-pop duo Berta Bigtoe.

Astrachan’s creative community is all over his self-titled album, literally. As the songwriter-guitarist was recording to analog tape in his home studio, he would often arrange multi-part harmonies inspired by childhood choirs and group vocals like Funkadelic’s “Can You Get To That.”

Astrachan’s love of choral sounds dates back to the third grade. His parents—painter father, dancer mother—encouraged his singing from a young age. During his studies at Brandeis University, Astrachan’s interest in B.B. King and electric blues led him to pick up the guitar, with plenty of assistance from Koenigstein. After graduation, the duo moved to Chicago in 2019.

Astrachan recorded his new album at home throughout 2020, playing most of the parts himself. The songs were inspired by memories of travels including upstate New York, Nepal, and a fall 2020 road trip to the Western United States. With worn-in guitar tones and plenty of group vocals, the songs on Astrachan fit next to modern freak-folk and easy listening ‘70s rock. 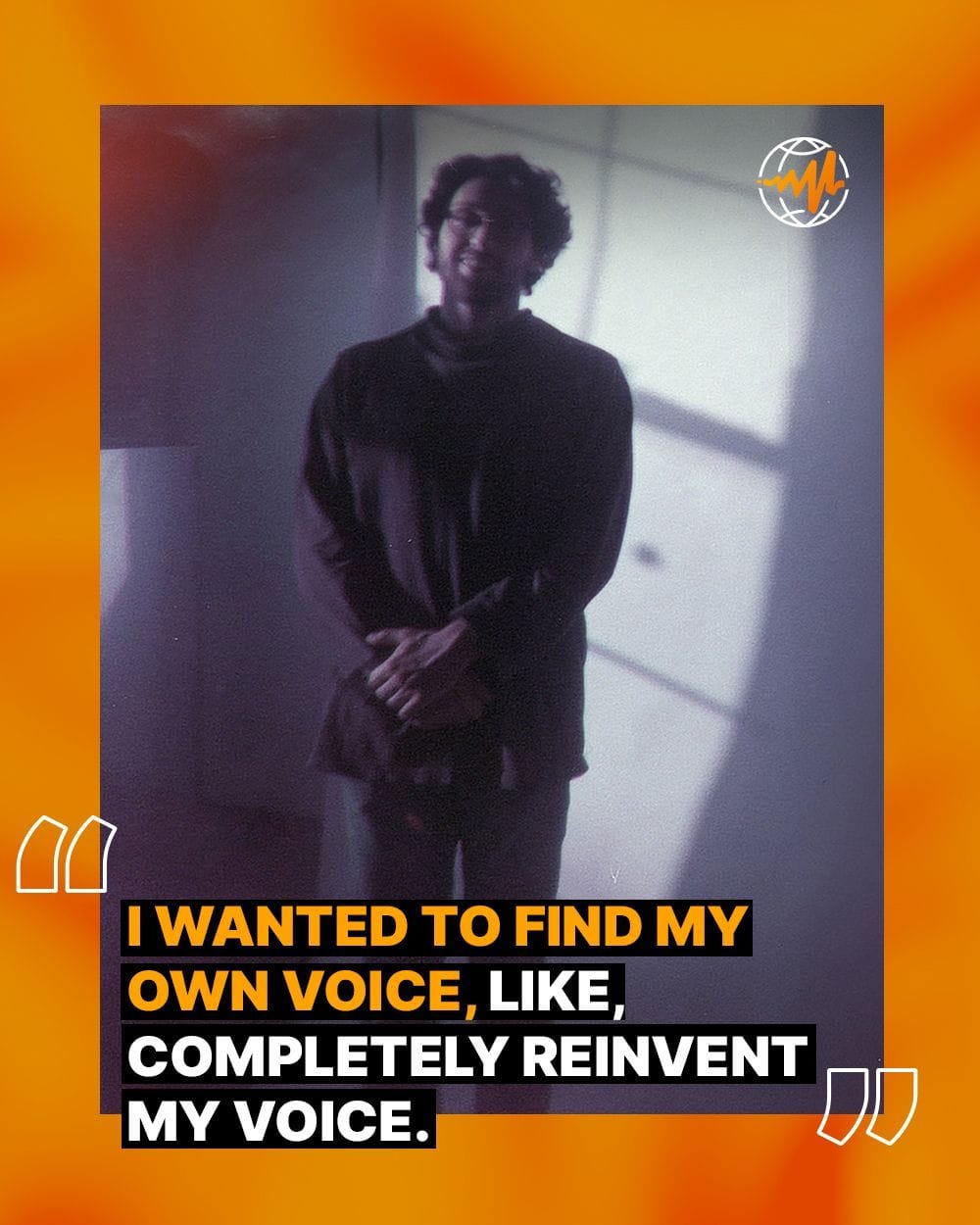 Your duo Berta Bigtoe plans to work on a new album together later in 2021. Why release a solo album in the first place?

Austin was a senior when we were in college together, and I was a sophomore when we started jamming. I had no chops when it came to playing music; by all means, I was a pretty shit guitar player before I met Austin. They sort of became a teacher for me, which was very awesome. So a lot of what we were doing, was both of us together.

I wanted to find my own voice, like, completely reinvent my voice. I was unemployed, you know, in the home studio like, “I’m not amazing at using tape, but I want to get better.” So throughout COVID, it was just me training myself how to do it. It ended up with me using some songs that I’ve written to practice. After doing the songs I’d already written, it turned into being like, “Holy fuck, this is so fun doing it myself.” It allowed me and Austin to then talk shop more.

I didn’t really know too much about tape before COVID. I’ve fully delved myself into using full analog recording. The album has informed how I want to continue with my presence as a musician and how I go about recording, and also my values as a recording artist.

[Astrachan] is an experiment to see how far I can go as a producer, a musician, and a drum player. I’m not a really good drum player, but I played all the drums on the tracks, which was a big feat for me.

Did you have a bucket list you were checking off while working on your first solo album?

I think the bucket list was like, what creates a perfect rock or pop hit? What catches an audience’s ear? It’s almost as if I was experimenting partially with how I want a song to sound but also what people want to hear.

How can I create a song that is universal? I’m not writing about anyone’s experience. Well, I guess some of the songs are based on my experience, but I really delve into nature imagery and imagery of travel and community, which is something we were all missing.

The album sounds very calm, happy, and upbeat to me. Does it feel that way for you?

It definitely feels like an upbeat and happy album to me because as much as I was feeling sad and lonely, I do feel lucky to be living in a house with, including me, six folks, and a cat. We do only have one bathroom, which is a problem. But I didn’t lose any community in COVID. I had it in my living space. Which had its issues, obviously, but I felt so happy to reminisce on my travels and those times. 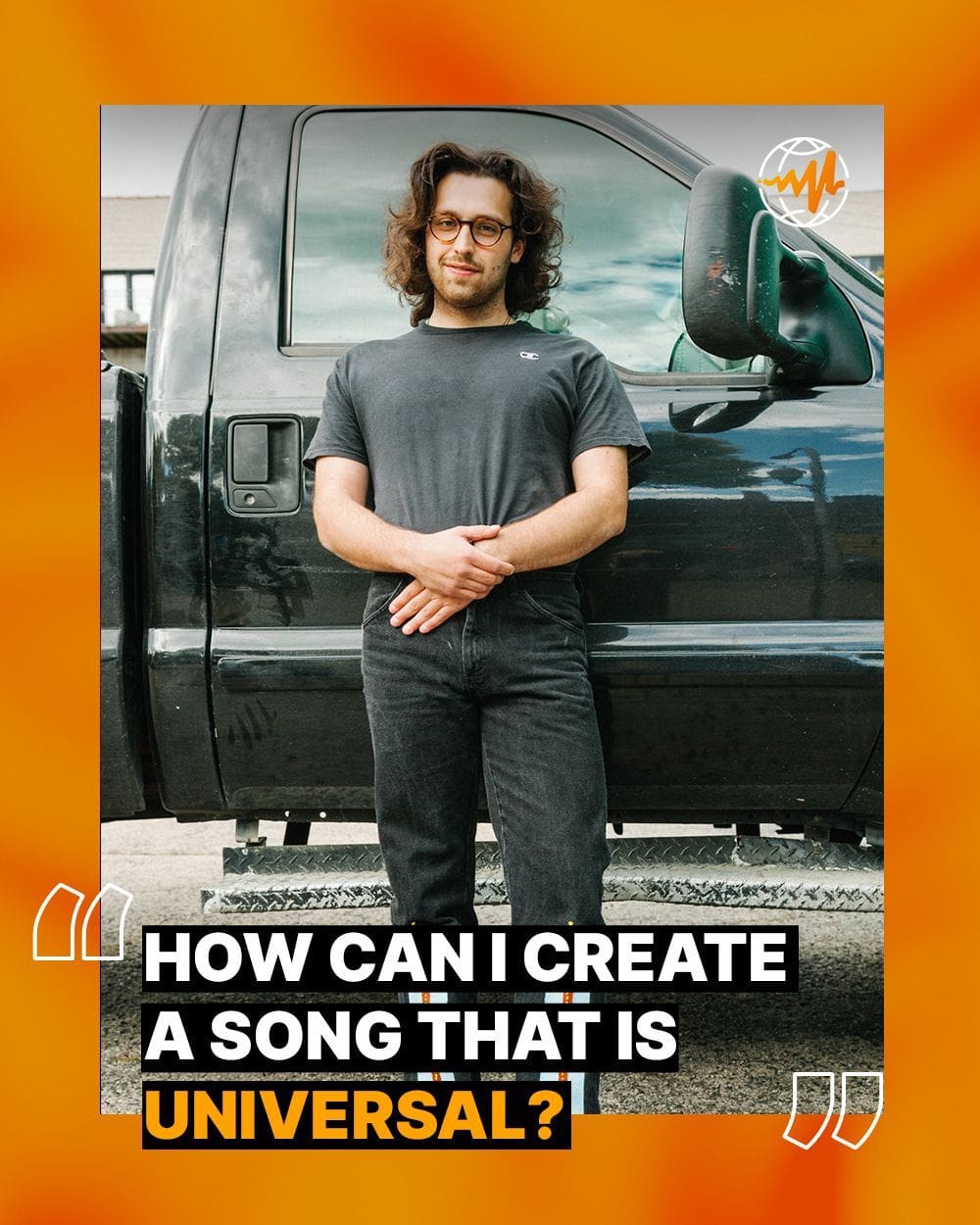 What was your recording process?

I never bled above 15 instruments; I really was trying to not get it too muddled. One of the things I talk a lot about with Austin is how scary Logic is, the amount of power you have, as a recording artist, and the lack of decision-making you get when you record.

When you’re working with tape, and you only have eight tracks, there’s so much mental capacity and decision-making you have to do to make that work, which is kind of empowering as a musician. I have high standards for how I want to be recording, and maybe this sounds pretty pretentious, but I prefer analog.

How has religion informed the album?

One thing I’m dealing with right now is how I connect with my Judaism. And that’s not something I connected with until the end of college. I’m coming back into that. Doing Shabbat dinners every night, and my close friend and roommate Jackson was raised Jewish but is practicing Catholicism now. We’re doing these multi-faith dinners, which have been really informing my writing, and I think whenever I write about nature and travel, or whatever, the overarching theme is spirituality or religion. I don’t want to thank God because I don’t know if I believe in God. But that’s kind of the string that’s connecting all the songs together.