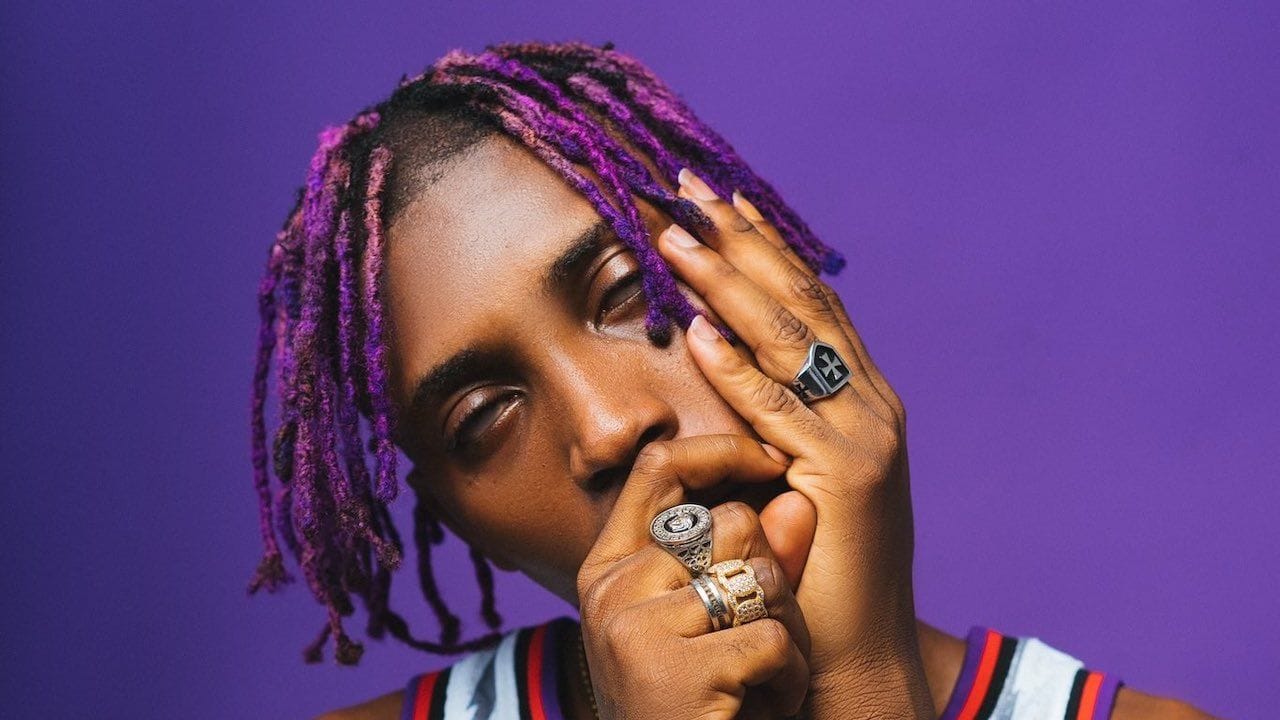 Street music influences pop culture, whether in Lagos, Nigeria, or Atlanta, Georgia. In the first few months of 2019, Abiola Akinbiyi, better known as Bella Shmurda, rose to viral prominence off a freestyle, “Vision 2020.” In it, he sang about failed government promises, the weight of expectations on him by his family to make it big, and the endless struggles of trying to make it out of the hood.

When acclaimed street-hop dancer Poco Lee posted the video on social media, Olamide reached out to an ecstatic Bella Shmurda for a remix and thus began Bella’s rise to mainstream acclaim. “Olamide has been the street king for a while, and for me to do a song with him, it was a big push up for me,” Bella says to me as we sit in his plush Victoria Island home. “It was like there was a wildfire catching everyone. Immediately, Olamide jumped on the song. I was so proud of it, like yeah, this is my creativity blowing up. It was happiness and motivation for me at the time. ”

After garnering traction on the Olamide-assisted “Vision 2020” remix, Bella Shmurda began 2020 by releasing his debut project, a seven-track EP titled High Tension. Throughout the tape, Bella Shmurda sings about his struggles from the streets, emerging as a celebrity, and dealing with newfound fame. Soon after, Bella featured on the Runtown summer anthem “Body Riddim,” delivering a verse that paid homage to his street roots of Okokomaiko, Lagos, Nigeria.

In a year marked by a raging pandemic, Bella Shmurda was relentless. Seven months after his debut project, Bella returned with the assertive “Dangbana Orisa” before featuring on the albums of Afrobeats heavyweights and internationally renowned pop stars Olamide and Davido on songs “Triumphant” and “Fade,” respectively. His impressive run culminated in releasing his biggest single yet, “Cash App,” an eclectic song assisted by street icon Zlatan Ibile and rising debutant Lincoln that highlighted and dissected the path of Nigerian cyber-criminals. The song instantly became an end-of-the-year anthem.

Despite being in his final year at Lagos State University, Bella Shmurda is a vanguard for the Nigerian millennial and the voice of the streets for the voiceless, mirroring their struggles and amplifying their stories with his music. 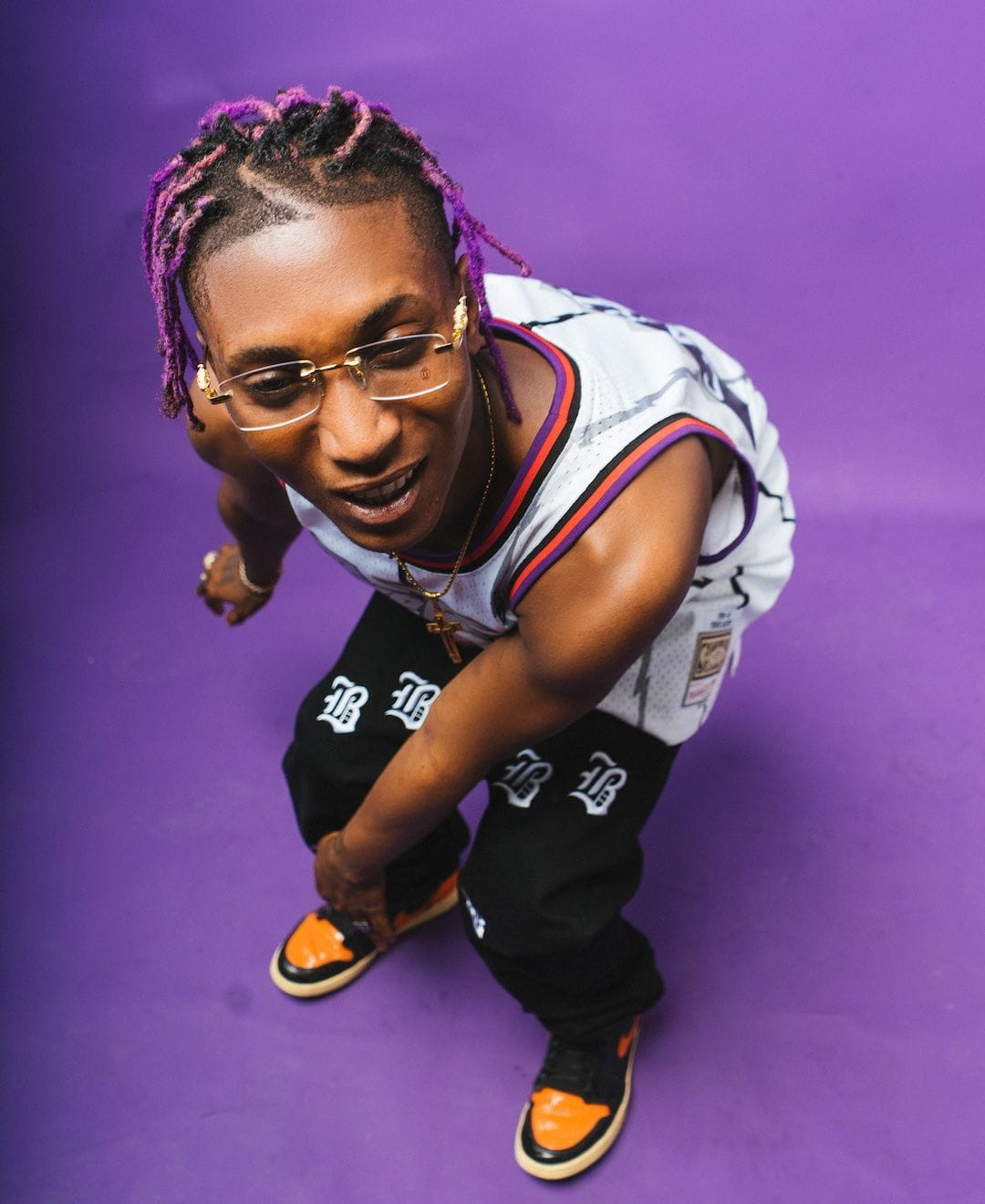 How did you get the name Bella Shmurda?

My name is Abiola, so I got the Bella from there. At a time, Bobby Shmurda was my favorite artist because he had a carefree attitude. He was young with the swag, nonchalant attitude. I put Shmurda with Bella, so it made me sound African and urban.

I had a lot of stage names at the beginning. I’m an indecisive person. I’m like a bulb; I fluctuate. Every time I changed my hairstyle, I had a new name. It was when I changed my name to Bella Shmurda that things picked up for me. Before that, I had names like Alanta Boy, Abiola Moore, Amakillz. I had funny names.

“Vision 2020” put you in the limelight. What were you thinking about when you made that song?

I am a history student. I used to have this instinct that something was coming. I knew I just had to work hard and be ready for it. So I used my own story, put it together to try to send a message to the world that you have to be ready. These government people are not there for us. You have to do it yourself. You have to get things done.

What would you call your type of music?

I call it conscious music. I want you to enjoy yourself, but at the same time, I am passing a message to you. You are not just enjoying; I want you to understand. I want you to connect to the song. I am calling out a god to awaken you. Even if it’s a jolly song, you must still get something from it. 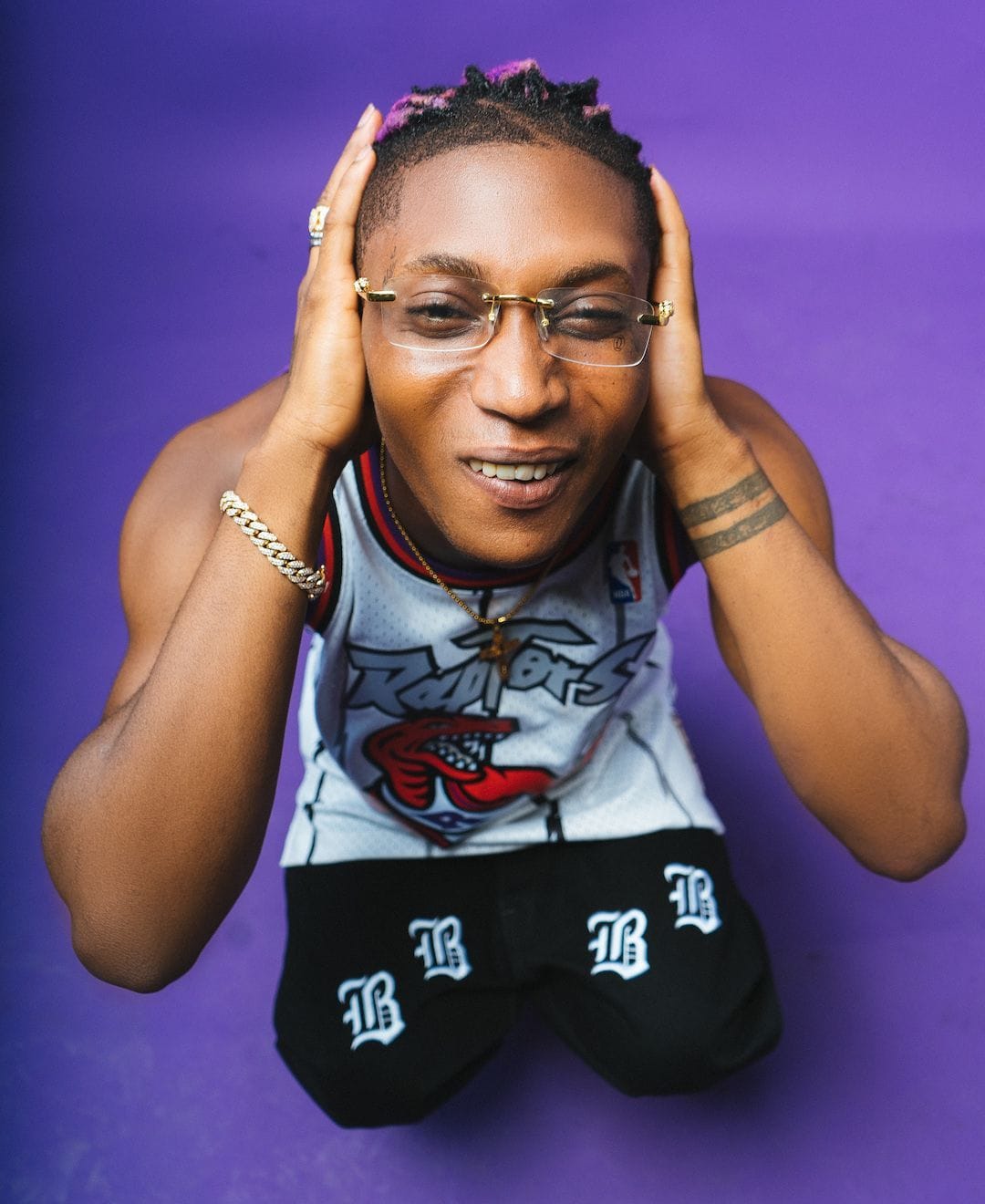 What was the first moment you knew you were a star?

When I released my EP, High Tension, and the first night it got over two million streams on Audiomack. That was when I felt I was doing well.

How does it feel being the voice of the streets for the Nigerian millennial?

Most of us here are living, but we cannot speak. People are living in so much fear. I want to be their courage.

What is the peak you aspire to?

There are stages in music. There is a stage where you’ll be famous, and there’s no money, and another part where there is fame and a lot of money. I am not saying I am broke, but I am looking forward to money for my family, my brothers, my homeboys.

You are also quite a fashionista. What inspires your style?

Before I got into music, my mom sent me to learn tailoring. I learned fashion designing for like a year. I have been a fashionista, from time.

Africa and my Yoruba tribe inspire my style. We are known for parties and carnivals, and I want to bring that out in my lifestyle. It’s in my genes, so it has to reflect in my music.

What next for Bella Shmurda?

I have an album coming. It is titled Hypertension. I have Shatta Wale, Kida Kudz, and many more on the album. There is no date yet, but I plan to do a thing where I drop projects on my birthday.