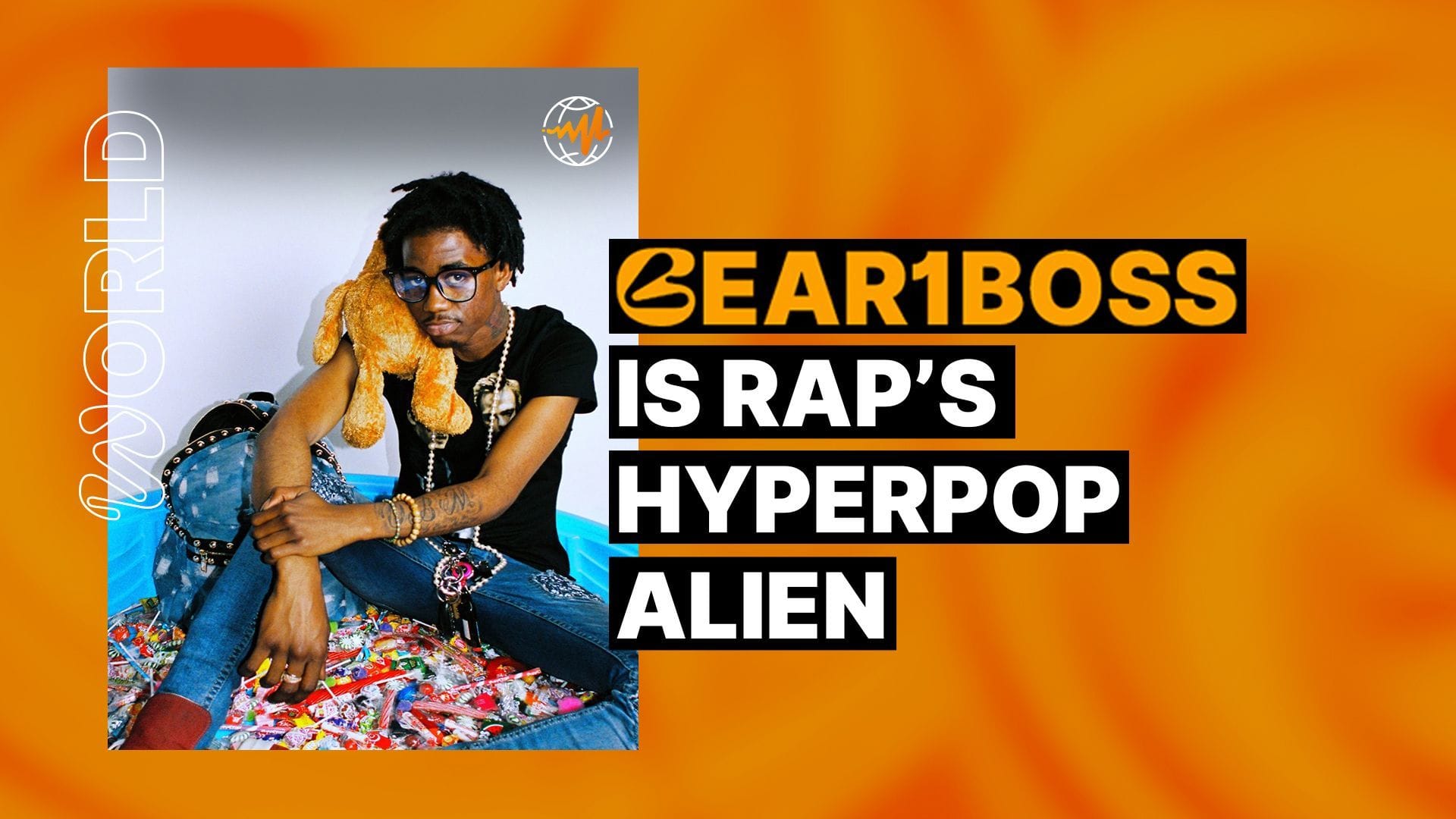 Bear1Boss’ hair is dyed lime green and his vocals stretch until no longer human. When he raps, the self-proclaimed Prince of Pop twists and contorts his voice around some of rap’s most flamboyant production. EDM, digicore, glitchcore, hyperpop, and trap music are thrown into a melting pot like forbidden alchemy that brings Bear’s world to life.

Born in Buffalo, New York and raised in Atlanta, Georgia, Bear grew up admiring Cash Money Records, the sounds of Mannie Fresh’s rhythmic Southern beats, and Lil Wayne’s otherworldly rapping. He also became infatuated with pop music by watching Disney Channel and enjoying songs from the likes of the Jonas Brothers, Miley Cyrus, and Selena Gomez. At six years old, Bear would see a studio for the first time. It was love at first sight.

Bear started to write his own music in high school, eventually releasing his QUICC PICC EP during his senior year. During this time, he was also engineering for Freebandz artist Casino, which would eventually lead him to 2 Chainz and his camp. “They took me in with their arms open, and they did the right thing,” Bear says. “They let me learn and listen, and live.”

A staple in Atlanta’s rising underground, Bear1Boss’ profile has grown as he’s become more prolific. It’s Easy, released October 1, is his seventh project of 2021. Like its predecessor America’s Sweetheart 2, arguably his most notable release to date, the mixtape shows Bear’s metamorphosis as a vocalist. Video game soundbites, sugary melodies, and EDM fitting for a Dance Dance Revolution soundtrack form the neon backdrop for Bear1Boss’ digital oasis. 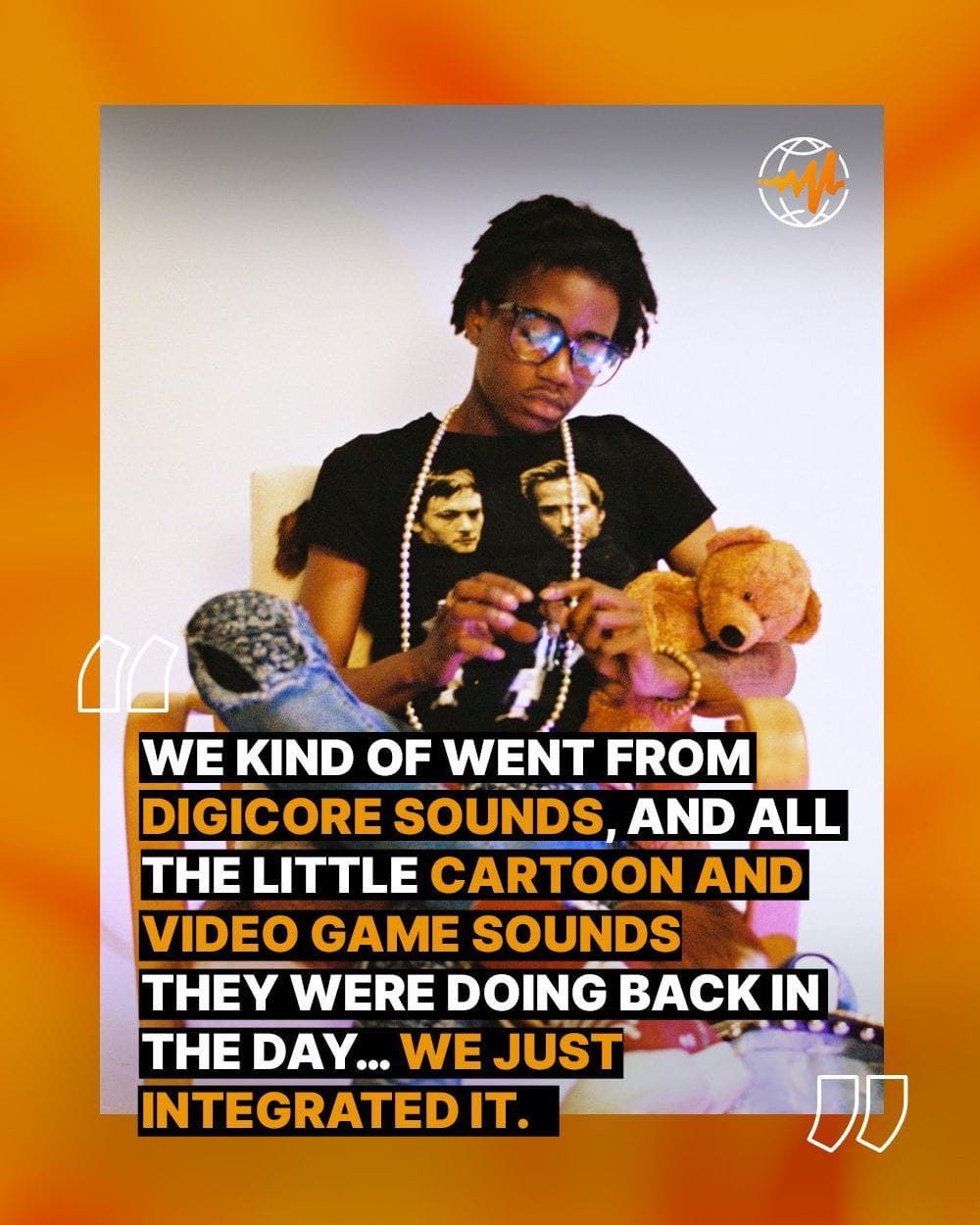 What were your parents like? Were any of them into music at all?

Nah. My folks were in the streets real heavy. So, you know how music and the streets collab? That’s how that happened to me. It was like, they’ll have friends and families that they made in the streets. But really, I’m the break of the curse.

What music was played around you as a kid?

I was on pop. I was on them [Disney Channel] folks early before they got to where they’re at now. Then I got a little older. My sister put me on Future when I was like nine or 10. I don’t know how old I was. It was real young though.

How are you integrating that pop sound from those Disney days into the trap sound?

So it’s like, we kind of went from digicore sounds, and all the little cartoon and video game sounds they were doing back in the day. And then, we just integrated it.

Lately, it’s like people have been on the same thing so I don’t even have to tell anybody what I want. They already know what to give me, and it is crazy. The genre is getting bigger and bigger, and that’s really what it’s coming from—what we grew up off of. The sounds we had to watch on TV. Because we had to look for hip-hop. That’s a different channel. The channels we had to watch were Nickelodeon, Disney Channel, Cartoon Network. Well, at least where I’m from. That’s what we had to watch. That’s the sound. 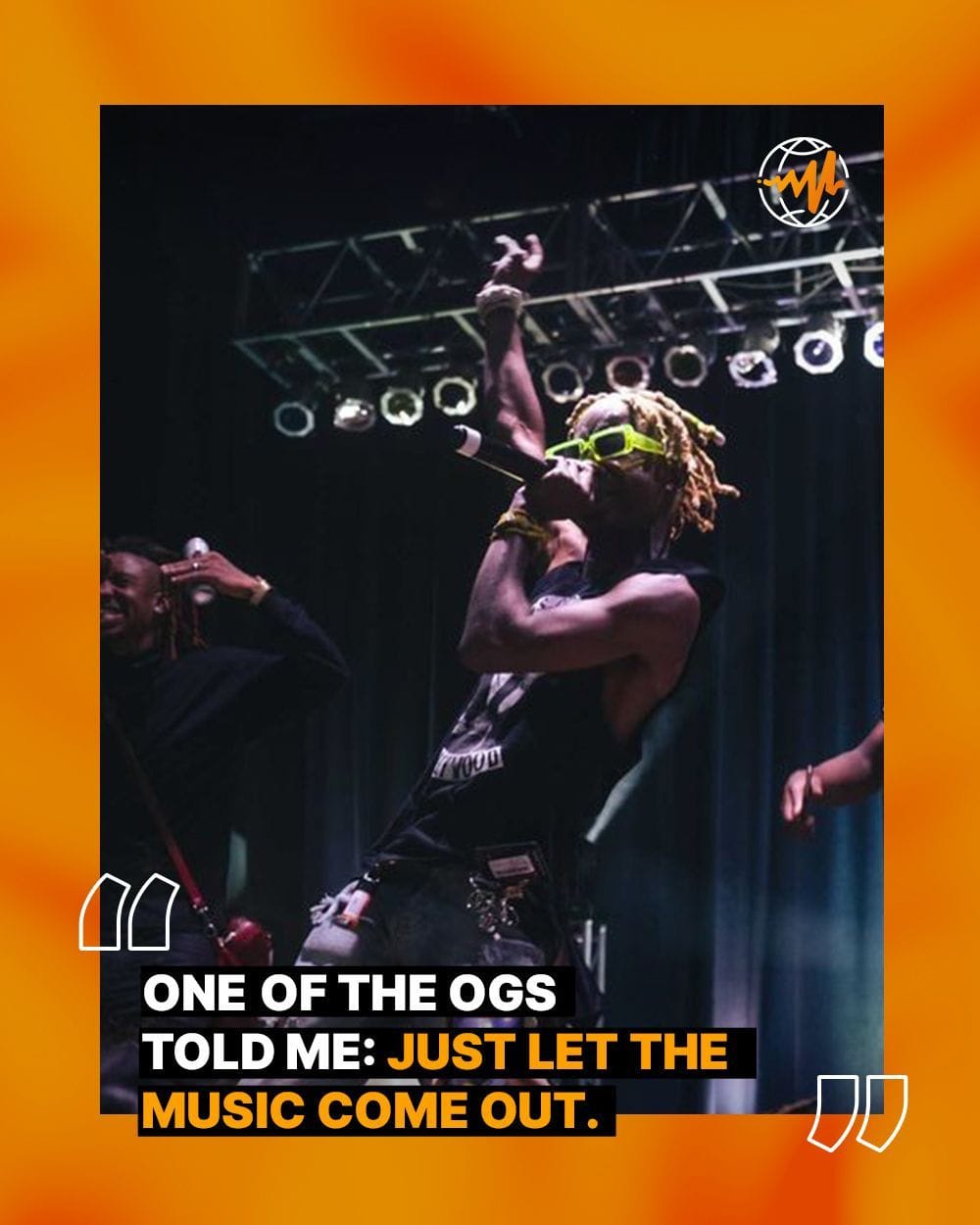 Do you know your way around the studio?

I can record myself, even today, but I prefer not to. The biggest songs I got, I recorded them by myself. Mix, mastered, and put them out.

Recently, this year and the end of last year, I don’t like that anymore. I like focusing on the music now. I know [there are] people who are really dedicated to engineering vocals, so I’d rather let them do it.

Before fully committing to music, what was life like for you?

Everybody has bad days. I don’t want to sit here and act like I’m just a positive person all the time, because everybody goes through things. I cherish the moments when I can just be positive. It just happens to be the majority of the time. I love life so much, I love everything. I’m just so thankful for good days and good moments, and I show it through my music.

Your music is a mixture of rap, EDM, pop, hyperpop, and digicore. When did you realize you can mashup all these sounds and make your own signature sound?

When I just tried it. The beat be so crazy, and I just go in there and just go crazy, like the first thing that comes to my head. One thing one of the OGs told me was: Just let the music come out. Go there, go to the microphone, put the headphones on, and just go. Run. I used to walk, but now I be running.