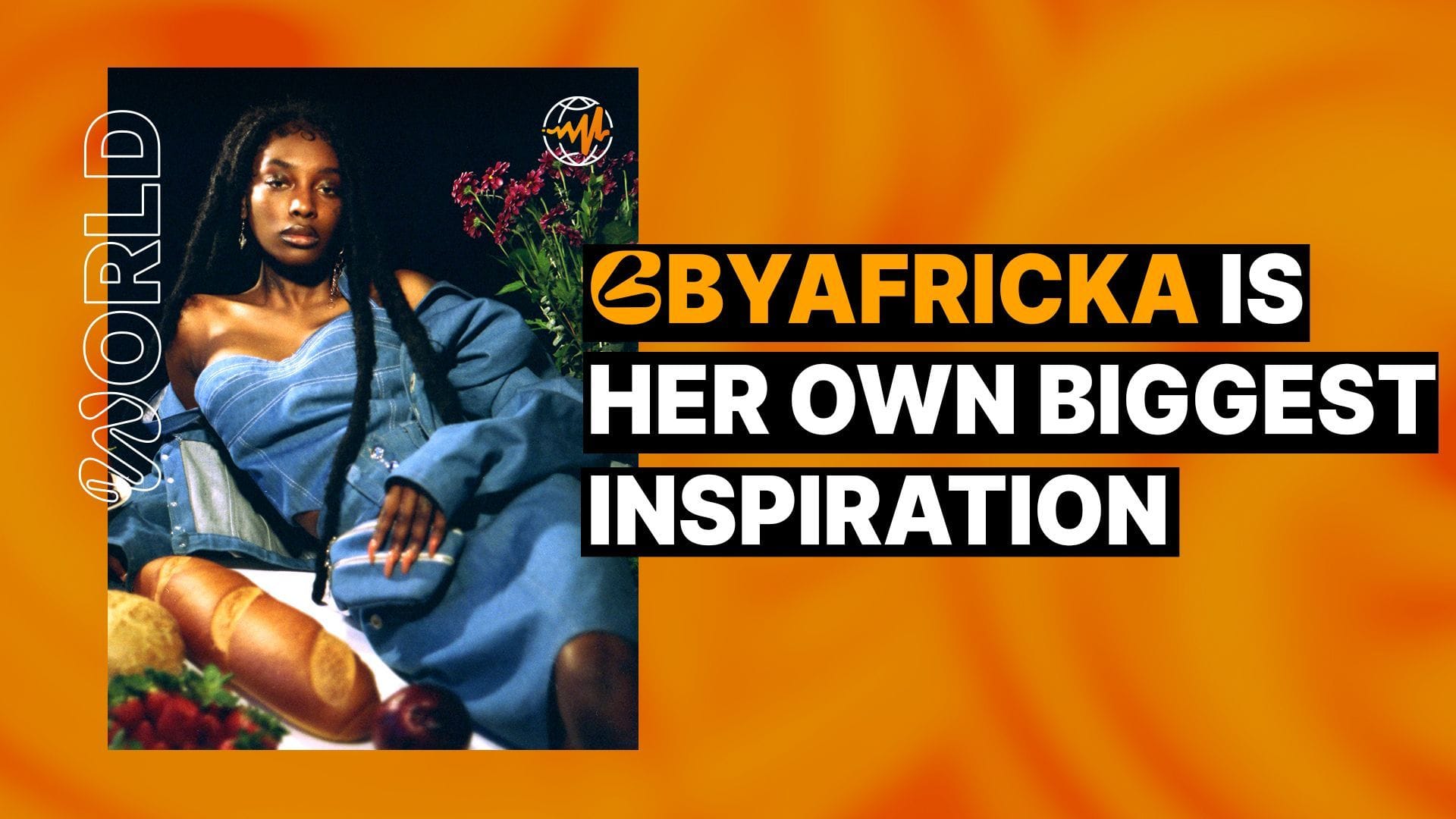 Listening to BbyAfricka rap is like stumbling into the structured chaos of a MadLibs game. The Inglewood, California, artist first took an interest in music when her father bought her an iPad so she could make her own beats. She only made a handful before becoming overwhelmed with the process, which encouraged her to put her own twist on singing and, eventually, rapping. Her 2018 debut, Brain Damage, is a blend of R&B, emo, and indie rock reflective of the deep depression she experienced during its recording.

But once Africka’s depression lifted, she wasn’t content to “sing about sad shit” anymore. As a rapper, she developed a style rooted in deadpan and nonchalance, drawing from her own stream of consciousness. “I hate even getting accidentally inspired by someone else,” she tells Audiomack. “That’s why I try not to listen to other artists unless it’s hella old shit. I’m a perfectionist with my music.”

This insular process fuels her first two rap-centered projects: the full-length BIGAFRICKA, released this past June, and her latest EP, Freak of the Nile, out today. The breakneck pace of songs like “YOUNG THUG” and “DEAD TO ME,” where BbyAfricka trades sex bars with friend Lil Yachty, suits the freestyle approach she brings to recording.

BbyAfricka is as willing to name-drop horror icon Freddy Kreuger as she is to cut an ex-boyfriend down to size. While her raps have endeared her to marquee artists like Saweetie and Yachty, BbyAfricka is still driven to refine her style on her terms, finding the most inspiration within herself. 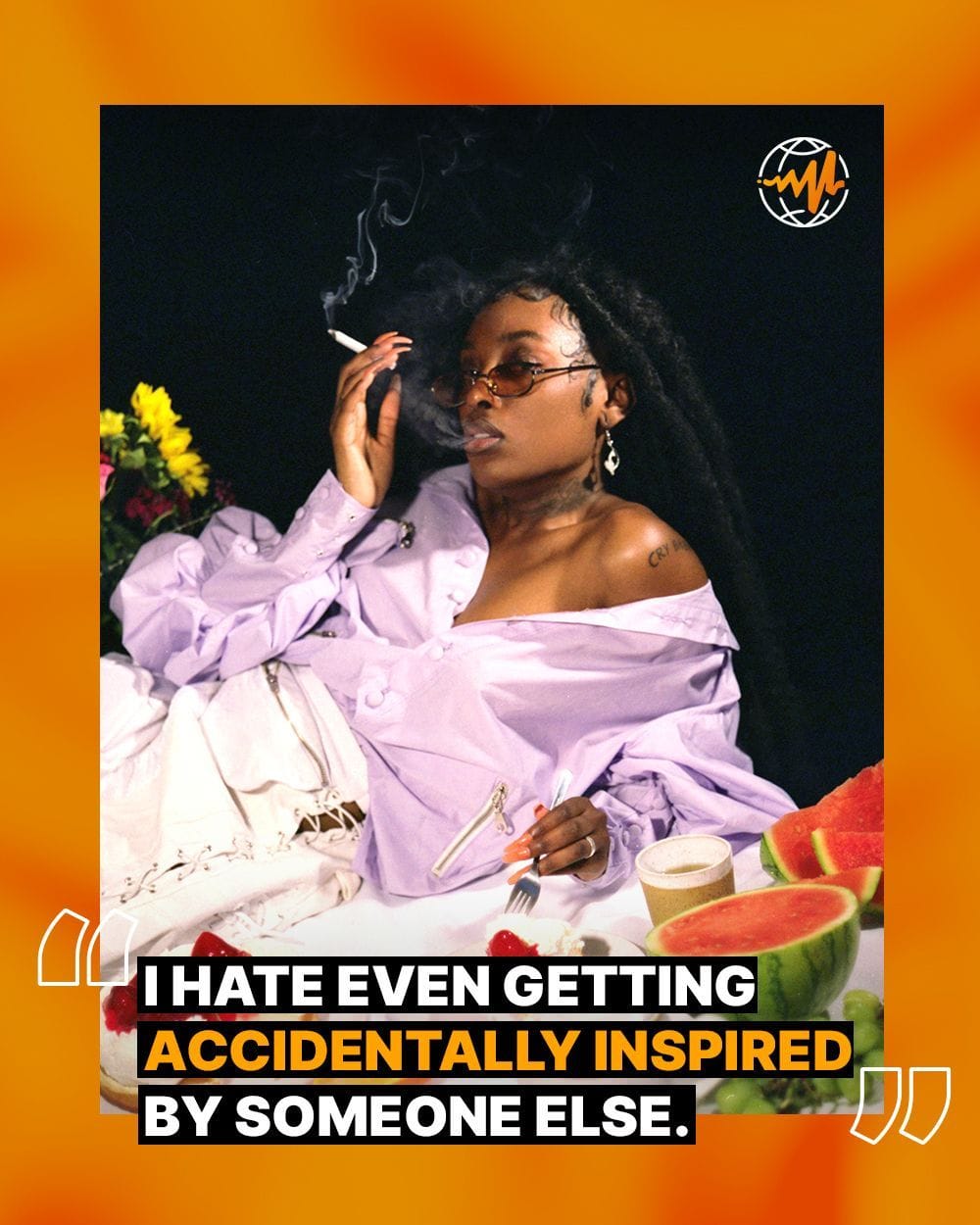 What initially attracted you to making beats?

Literally, just me not having any beats. Nobody would be sending me beats except for my baby’s dad [producer Nedarb]. I wound up making a couple beats that were okay, not terrible. They were very simple. Eventually, I wanna produce and engineer all my shit. I feel like that’s gonna make it be the sound I’m trying to go for.

Necessity is the mother of invention, for sure. Early on, I heard you submitted a beat to Lil Yachty that he ultimately rejected. Walk me through what happened there.

We were already friends, and I wasn’t doing music at the time. We had a mutual friend who did music, and she was sending me beats. That’s when I was first starting to do music. She sent me a beat, and I was like, “Yachty would sound crazy on this.” I sent it to him, and he was like, “Nah, this shit is trash.” I was trying to be nice and send him something I thought he’d do good on, so I was like, “I’ll show you.”

I wound up getting on it and made a rap about him and every other nigga that had pissed me off. And it was actually good.

Your debut album, 2018’s Brain Damage, is an entirely sung blend of emo and R&B music. How did you arrive at this combination of sounds?

That’s just how I was feeling at that time. I’ve been listening to rock music since middle school. That was my scene then, and then [Nedarb], who produced the majority of [Brain Damage], and his friend fish narc, that was the music they made, so that spoke to me. I was also really depressed then, so it was a perfect match for everything to come together like that.

What inspired you to make the leap from singing to rapping on your latest album, BIGAFRICKA?

I got to a point where I wasn’t sad anymore, and I didn’t wanna be singing this sad shit. It was either that, or I was gonna rap on the sad beats. I don’t know what happened, but it went straight to rapping on crazy beats. The whole Brain Damage EP was not done as well as it could’ve been, and if I went back to singing, I’d have wanted to do it better. 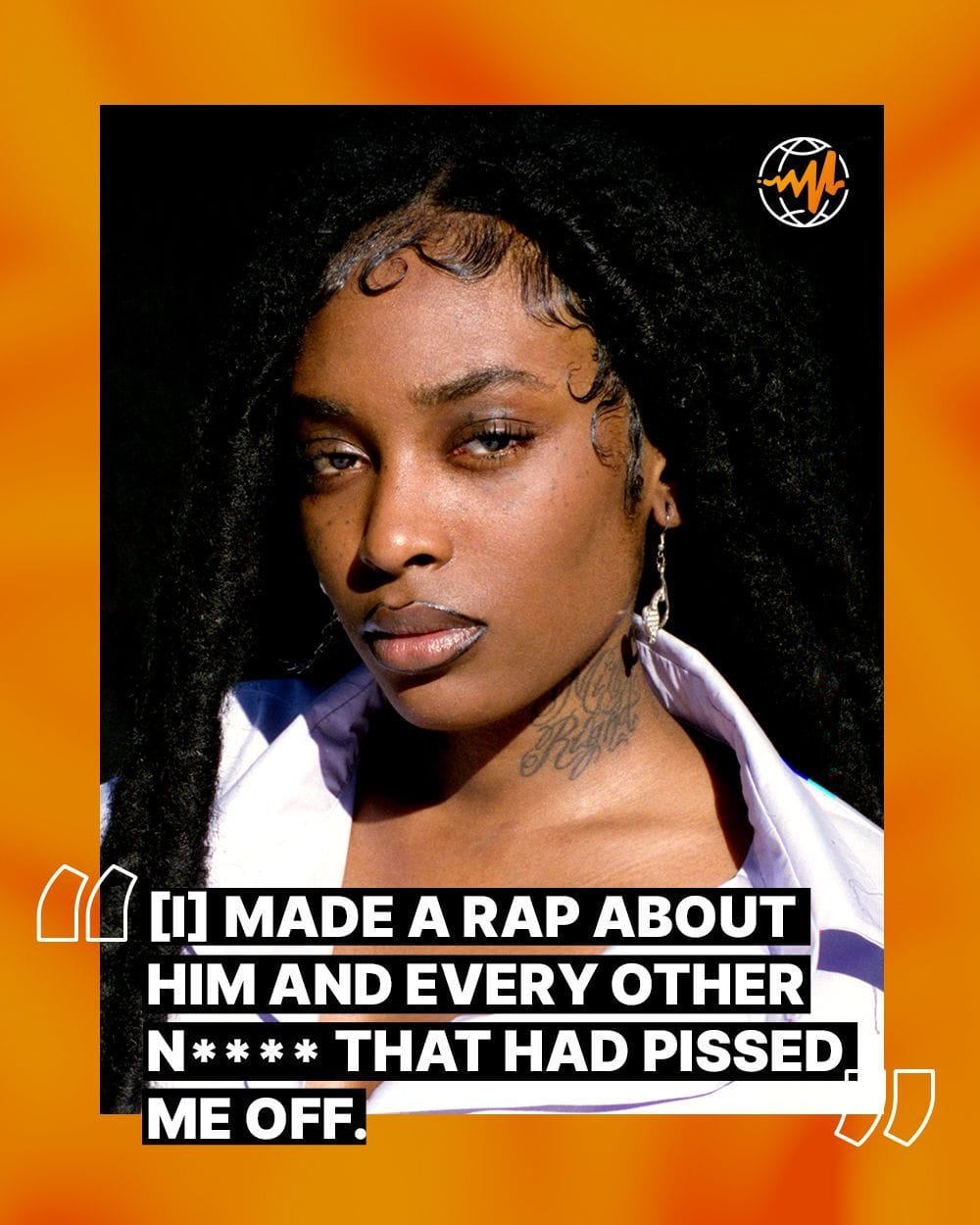 I love your nonchalance and the references you pack into your raps. It’s a unique kind of deadpan energy. What’s your songwriting process like?

I freestyle a majority of the things now, but I started all this writing off of poetry. Sometimes, I’d write down a bunch of shit, and I’d hear a beat and be like, “Oh, this can go with that.” So it’s either that or freestyling or me writing two or three bars and freestyling the rest. It’s literally not on purpose.

You can’t argue with results. You were also featured on Saweetie’s recent project, Pretty Summer Playlist: Season 1, which featured a remix of your single “Baby Mama Coochie.” Talk to me about creating the song with her.

The song was already out before she was on it; it was out with some other girls. I guess she heard it one day. She played it on [Instagram] Live, and I was getting a bunch of hit-ups, and then I messaged her like, “Oh, I love you.” She said we should do a song and to send [her] some stuff. She wanted to get on “Baby Mama Coochie,” and I was like, “Okay, gas, we need to do this.”