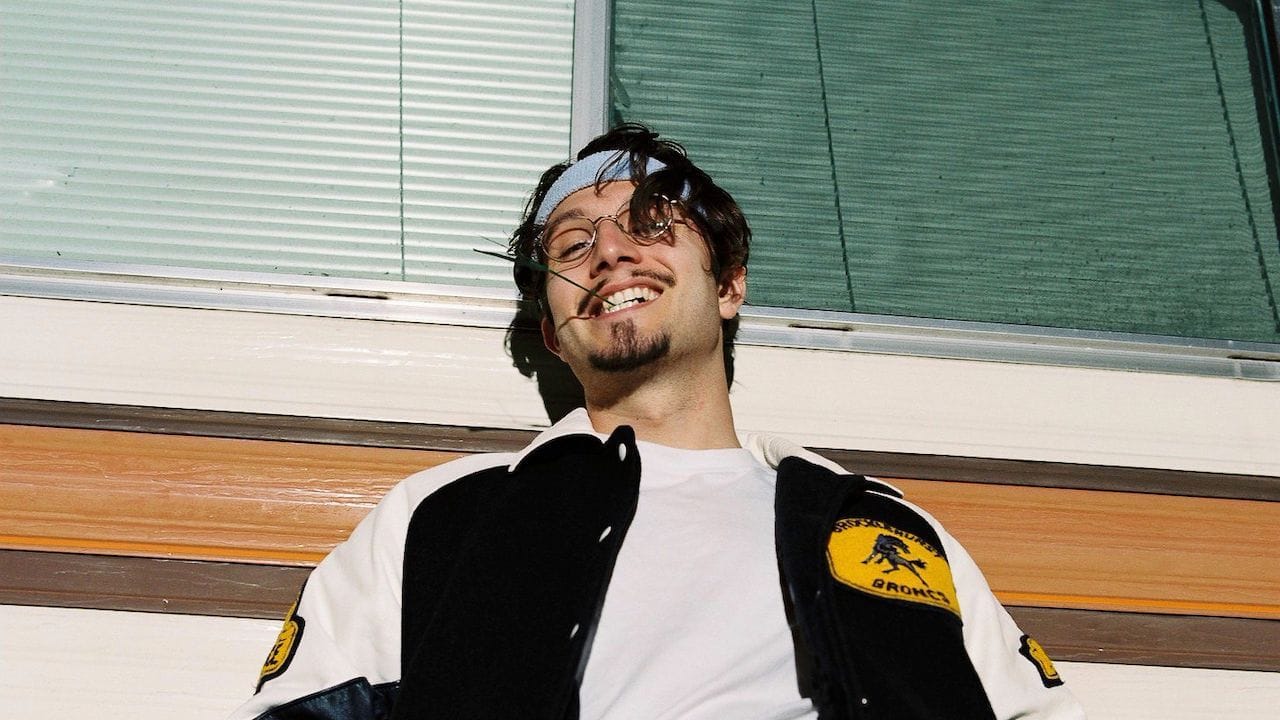 Vancouver, Canada native bbno$ is full of surprises. Once upon a time, the rapper had dreams of being a professional swimmer, but a broken back in his senior year of high school derailed everything he envisioned for himself. Eventually, bbno$ started his career in the niche corners of the internet in 2016, releasing Baby Gravy in 2017 with friend and fellow rapper Yung Gravy, and finally breaking in 2019 with the Y2K-produced “Lalala.”

Music is an outlet for bbno$, which is why he doesn’t care about “falling off.” He is well aware people will one day move on—he refers to himself as “The ‘Lalala’ Guy”—and he’s comfortable in that. He assures me he’s a regular-ass guy who just happens to make good music. When it comes to his passion being his job, too, he sees it as a complicated blessing. Though he tells me he’s been burned out for the entirety of his career, he feels thrilled every time he makes a song and a dope line comes out of his mouth. Such is the duality of bbno$.

The first thing I ever noticed about your music was your ear for funky production and love for ridiculous tempos. How do you go about tackling the beats you rap over?

I don’t really know! I used to like a lot of dubstep and really fast electronic music. I’m not a rhythmic person, but I used to be a swimmer, so I understand the body. That might help.

Other than that, I typically need to feel a beat and it doesn’t matter the tempo. As long as it sounds good to me, it’s never an issue. I don’t write music that fast. I have no idea why I decided to go for faster beats—I like to be uplifted and I wanna move! I love punk music, a bunch of kicks, shit that makes you feel fast. 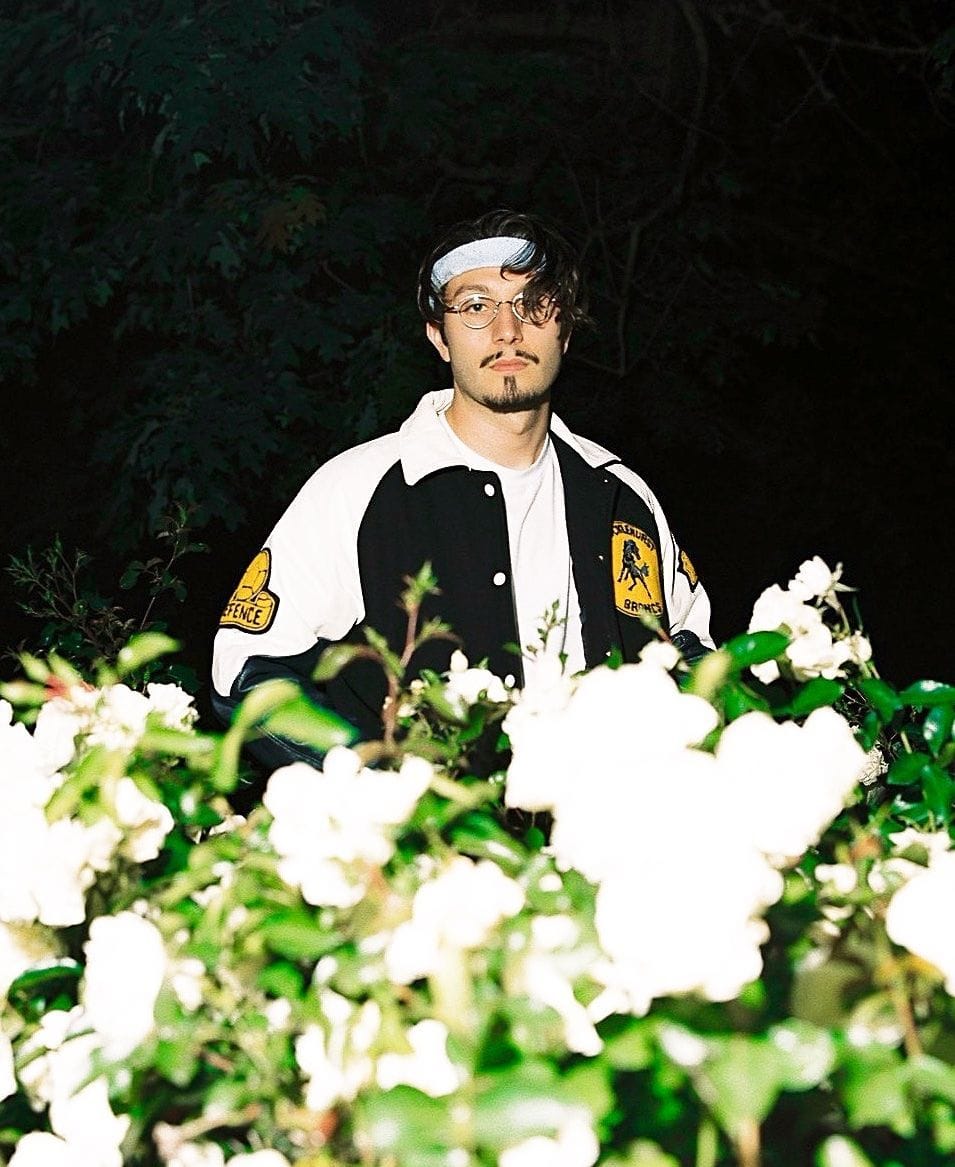 I love trying to figure out how to dance to a bbno$ track.

When I first started making music, Migos was blowing up at the end of 2015. Everyone was doing the [triplet] flow. I was like, “Alright, now I’m gonna do everything but that.” Best way to do that is to use a BPM that’s not normal. I decided to go into this lane that’s Neptunes-inspired. I found this producer, lentra, and we just hit it off. I never expected to get to the point where I am today. I can rap on anything, and it doesn’t matter, as long as I like it.

I’m leaning in towards singing more because I didn’t know I had a decent voice. “Lalala” was the first song I sang on, so why not do it more? I’m figuring out my tone a lot more. Singing is very difficult. Kudos to the pop stars. I’m in a lane where I don’t need to have an angelic voice. I have a cult following, so people are gonna fuck with me no matter what. Now, I think I’m going on a tangent. I had too much coffee this morning.

I just had an espresso, so I am right there with you.

It sucks because last year I got really, really bad acid reflux. It was affecting my voice box, so I was not able to speak. So, I went super healthy. This was literally a year ago—holy shit! I would do a show, and I wouldn’t be able to speak. It wasn’t performing. It was everything ruining my vocal cords.

This past year, it’s been interesting to figure out what is wrong with me. Looping back to coffee, it’s the only thing that’s good in life. So I gotta make sure I’m able to drink it, but make sure you’re drinking a lot of water! You don’t wanna end up in the position I was in.

Backing up… Does this whole “rap career” thing ever stress you out? What if people stop caring?

People are gonna stop caring, and I know that. I’m a personality, but you don’t wanna live vicariously through me. I’m an everyday, normal-ass person that does the exact same shit you do. I just happened to gain a lot of popularity through making songs. I don’t care about the falling-off principle. After having “Lalala,” I’m the “‘Lalala’ Guy.” I have 50, 60 songs waiting to come out. They’re great. I can’t wait for people to hear them. Will my music be [relevant] for X amount of years? I have no idea. I’m just doing my own thing, and that’s how I think I got so far.

As far as having my [passion as] my career, there was a moment where I was like, “Fuck, this kinda sucks. I’m not having any fun.” I need to not stress, but I used to always stress about not having enough content to put out. Nobody else cares nearly as much as you do. If the song is good and you put it out, people will listen. [Versus,] let’s say you put $100,000 into a shitty song, it’s not gonna go. People aren’t gonna like it.

But my hobby being work is definitely a blessing. I remember when Gravy blew up, and he was like, “Bro, being famous is kinda wack. I feel like my privacy is intruded on. But the pros outweigh the cons.” I’m so happy and grateful I can do what I wanna do every single day.

How do you deal with burnout?

Ha! I’ve been burnt out for like six years. I don’t even know the difference anymore. When I was in grade 12, I broke my back. I’ve been in this position where I’m unable to get sleep because I’m in chronic pain. I haven’t been sleeping for the past six years. I drink a shit load of coffee. I have extremely high stress. I have a ton of gray hair!

To deal with burnout, I don’t eat anything unhealthy. I take vitamins. I exercise occasionally, not that much. Everyone’s gotta be lazy sometimes. And a relatively decent sleep schedule, that’s the key to success every single time. And limit your screen time!

What do you feel is the most misunderstood aspect of your music? And more importantly, do you even care to be understood?

That’s a profound question because I don’t think anything is really missed. I’m very, apparently, just being myself on the internet. I stretch the truth, but who doesn’t in music? You write music lightly from experience. You use your creativity to create this world. I do think my music is slightly hard to digest because it’s very different. I’m just doing my own thing, and I like my music. I don’t think I should look past it that far.

Gravy and I do ridiculously well for the music we put out. I don’t think my music is like Pharrell. He’s a genius. The music is amazing. Will I ever get there? I have no idea. But Gravy and I do extremely well, and I don’t think we’re overlooked. It’s apparent I’m just being me. I do think I’m a decent songwriter, and that’s what I wanna be known for. I don’t care about anything else. I would never let anyone write anything for me.

How much of your process involves trying to impress yourself or keep yourself excited by your own music?

That’s the whole concept of making music. I can tell when a song is good. As far as impressing myself, if I put out songs I don’t like, which I’ve done, they don’t do that well. When I put out a song I think is good, it just does way better.