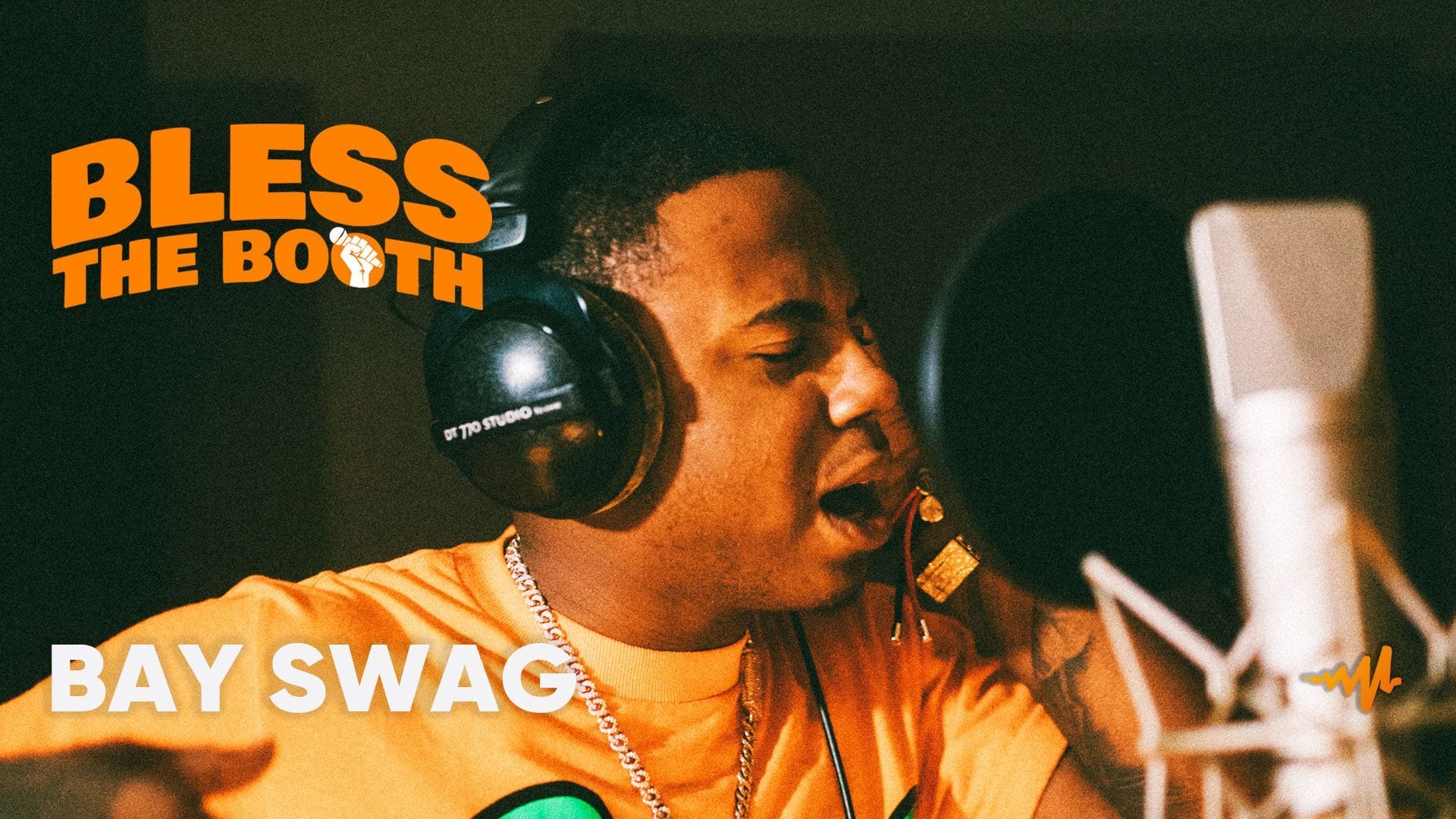 Queens, NY native Bay Swag’s time is now. Rapping since the young age of 13, the now-21-year-old is cultivating his own lane of melodic rap in the same vein of Atlanta’s Lil Baby and Young Thug, the latter of which Bay shouts out on 2020 single “Loyalty & Love.”

With no official project under his belt, Bay Swag has built a steady following off the strength of singles and features. For Audiomack’s Bless The Booth series, Bay Swag spits painstaking bars about his incarcerated father and moving his mother out of Queens over a Ralph Rustin-produced beat.