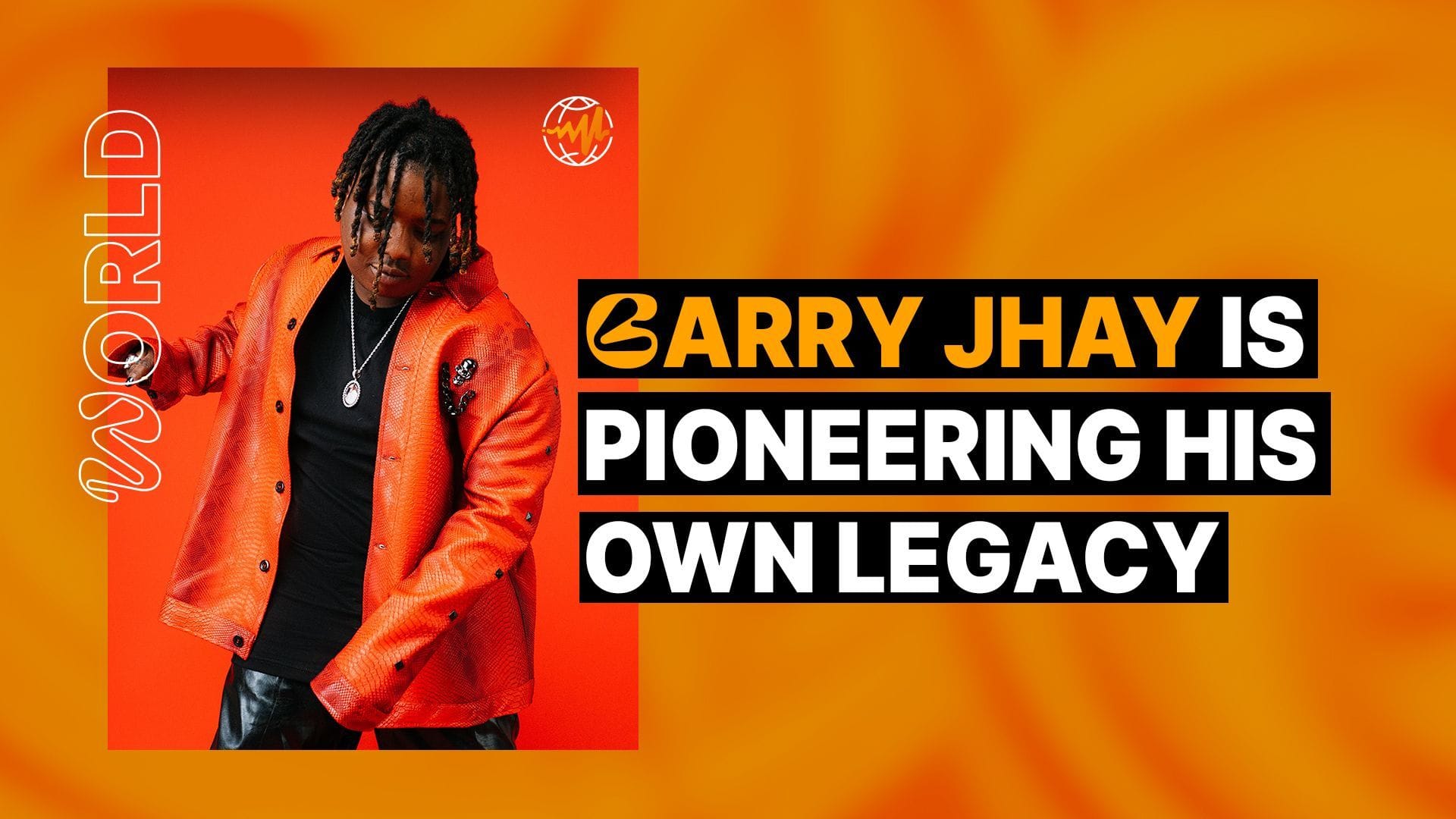 Barry Jhay was born into a family of musical pioneers. His grandfather, I.K. Dairo, is etched in the history of Jùjú music, an indigenous Nigerian genre derived from traditional Yoruba percussion. His father, Sikiru Ayinde Barrister, helped create the foundation of another popular indigenous genre called Fuji in the 1960s. Barry Jhay holds the torch as the latest in a line of maestros, but replicating the works of his predecessors is not his focus.

Before Barry found his footing, he underwent an unpleasant period with a record label he’s criticized for not contributing to his best interests. After he excused himself from that situation, Afrobeats superstar Davido—whom Barry describes as his “Music Godfather”—provided him with a space to create until he was ready to continue on his own path. “Even before I got signed, I stayed in David’s house for over a year until I had to move on,” Barry tells Audiomack. “He’s actually really proud of me right now because I’m on my own path.”

“Aiye” was Barry Jhay’s official introduction into the music scene in 2018. The single detailed the cyclical nature of life and urged listeners to navigate conflict with compassion. His 2020-released EP Barry Back broadened his audience, with Barry singing in more Yoruba than English in a soulful and resonant tone.

Barry’s 2021 releases have explored profound themes: “Ori” is a prayer song guided by Yoruba mysticism, and “Ayewada,” sung over an Amapiano beat, advises young people to be courageous in the face of police oppression and to examine information before accepting it as truth. In a music industry that favors ostentation, Barry Jhay’s conveys moving messages capable of standing the test of time.

“Music is for your spirit and your soul,” Barry says. “Some people need somebody to talk to. Everybody is going through stuff in their lives, and music is like food to the soul, so we need like one or two people who are gonna feed our souls when we’re down. That’s why I do this. It’s evergreen.” 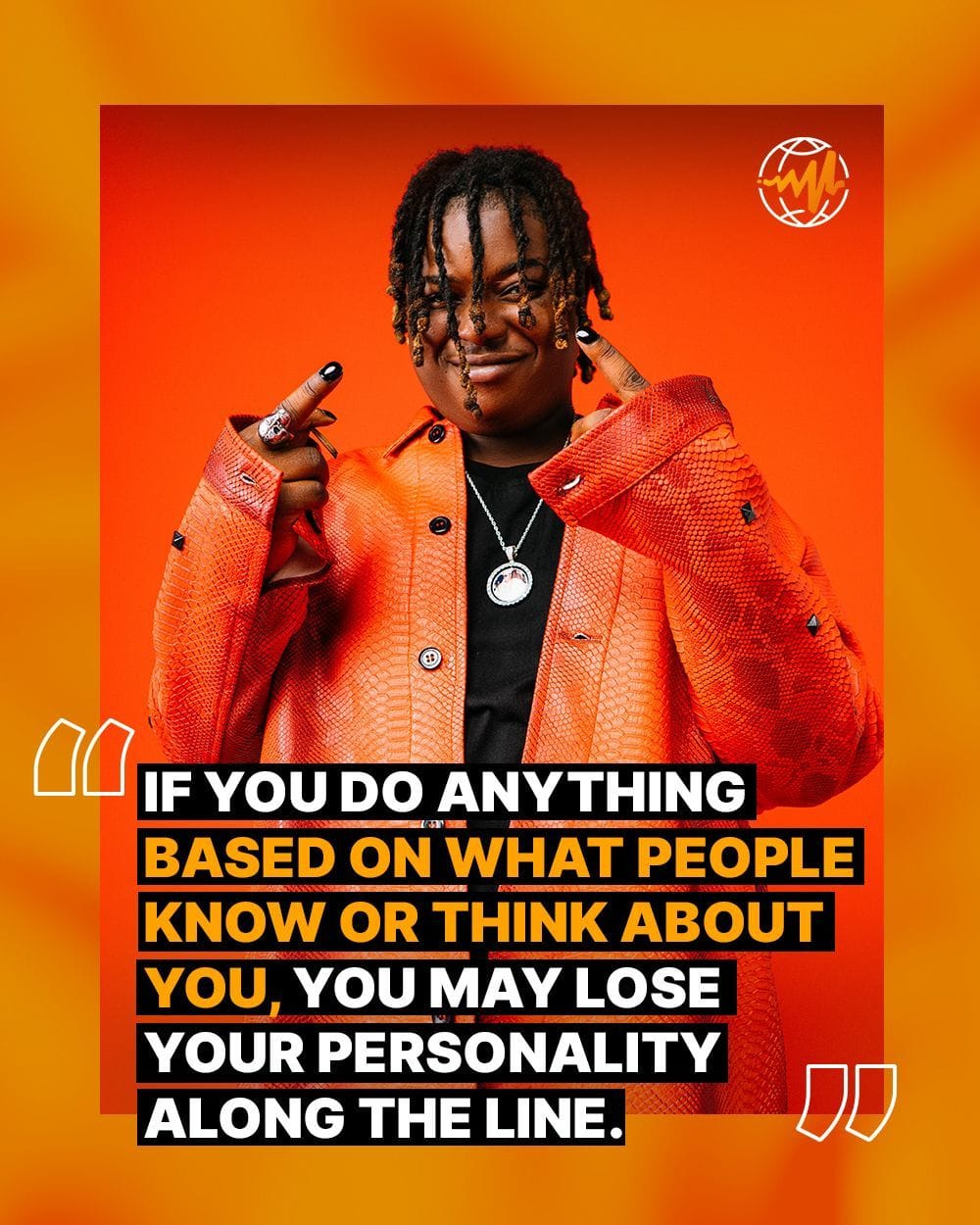 Coming from a line of legends, how have you kept people focused on your own path as a unique artist?

The thing is, I don’t really work thinking of myself coming from a line of legends. My dad came from a musical family, and he didn’t work on the fact that his father was an artist or something; he just did it. That’s who I learned from, so I do what every other artist should do as an artist. I don’t do it based on who my dad is. If you do anything based on what people know or think about you, you may lose your personality along the line.

You’ve criticized your spell with your first label as a bad experience. What would you say you learned from that ordeal?

I made this mistake, doing pen-to-paper stuff based on trust, and that shit affected me a little bit.

What I learned from my first record label is just something I was meant to learn, ‘cause when you’re in this game, and you don’t pass through the raw process, there’s no way you’d be able to handle yourself when you’re all by yourself. Every piece of gold passes through fire. Every beautiful flower passes through dirt, so you just have to go through the process.

What piece of advice would you give younger artists about to sign their first contract?

Be careful with what you sign. It should not even be left to you to read. Give it to your lawyer, let your lawyer analyze it, read it properly, and get back to you. Your lawyer won’t give you what’s not best for you, and those are your main eyes when it comes to anything that deals with pen-to-paper.

What would you say is the purpose of music for you?

[Music] is why I live, why I breathe, why my name is known. Music is me. Music is my life; music is everything I have. That’s why I feel good, that’s what I fight with, so music is all I do.

When I was in school, I didn’t know anything, but everybody in the school knew me to be this music man, so it’s the one thing keeping me alive. 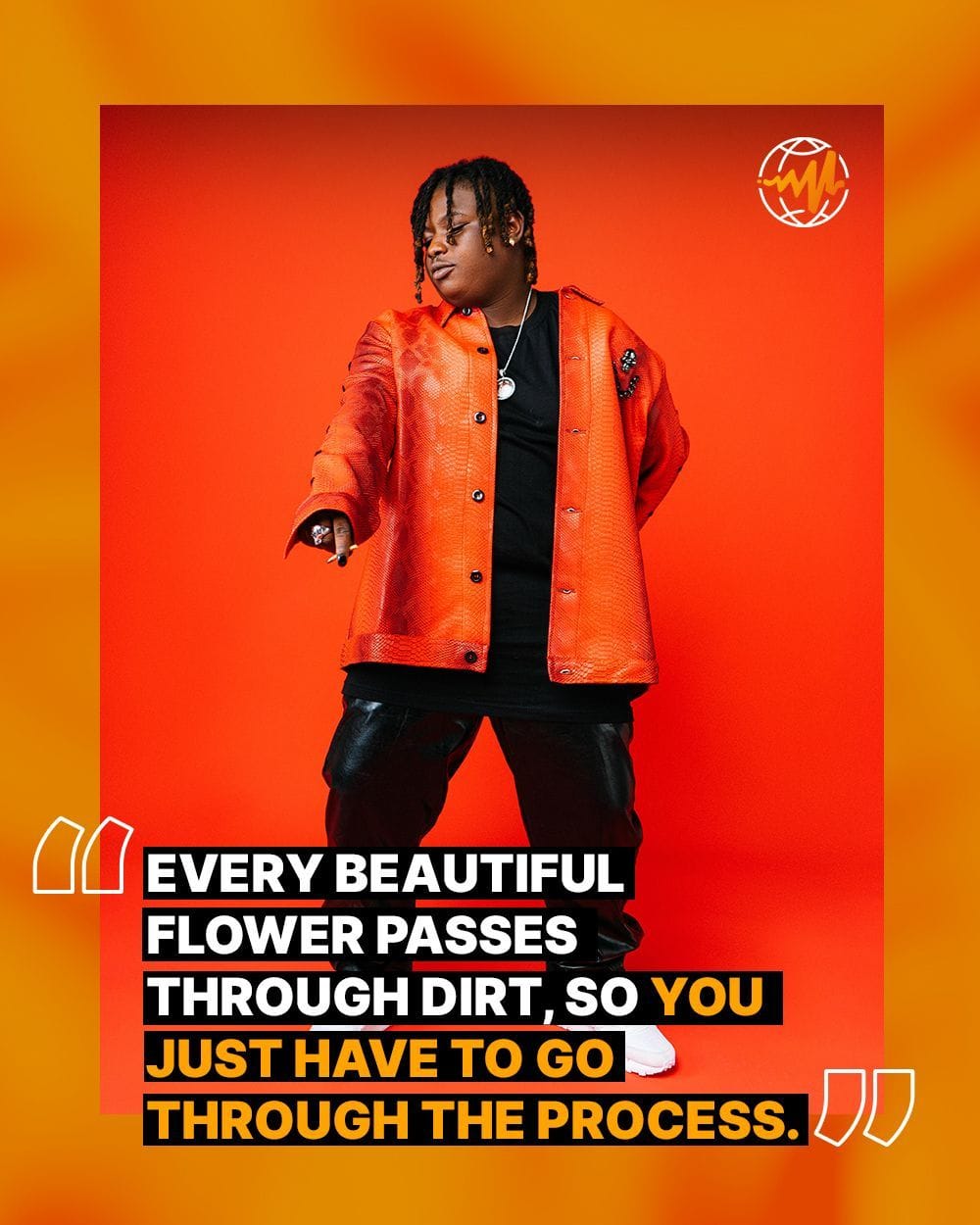 You sing about spirituality and being close to God often. How and why have you developed this worldview?

I feel like it’s not every time we need party, party, party jams. Music is for your spirit and your soul. Some people need somebody to talk to. Everybody is going through stuff in their lives, and music is like food to the soul, so we need like one or two people who are gonna feed our souls when we’re down. That’s why I do this. It’s evergreen.

You can use music to ease yourself of stress and just teach yourself whatever. It’s not that I’m an inspirational artist; I’m so versatile, but I just like that part of making music. Even when I die, I know people will still listen to my old songs, so it’s cool.

“Ayewada” was your first Amapiano-inspired release. Why did you feel compelled to give this genre the Barry Jhay treatment?

That Barry Jhay feel you’re talking about, I understand, and I’ll never let that flavor go. I have songs that are going to last for a very long time, but I still need to touch every aspect of music so people will understand my power and how versatile I am.

Can you give us some details about when your next release is coming?

The next single should be dropping in less than a month, but I’m not sure I’ll be able to wait for the second single. I just want to give them the fire straight up again, let everybody feel alright. And thanks to Audiomack always. This platform has really helped me. Some people used to call me an “Audiomack artist” at one point. It’s crazy.

Any last words for your fans reading this interview?

I’ll just say they are my light. I do this for them. We came this far together to make this brand, and this name, Barry Jhay. We’ve not even gotten anywhere yet—we’re just starting. To those that are just coming, welcome to the journey. To those that have been on this journey with me, we’re gonna make history.