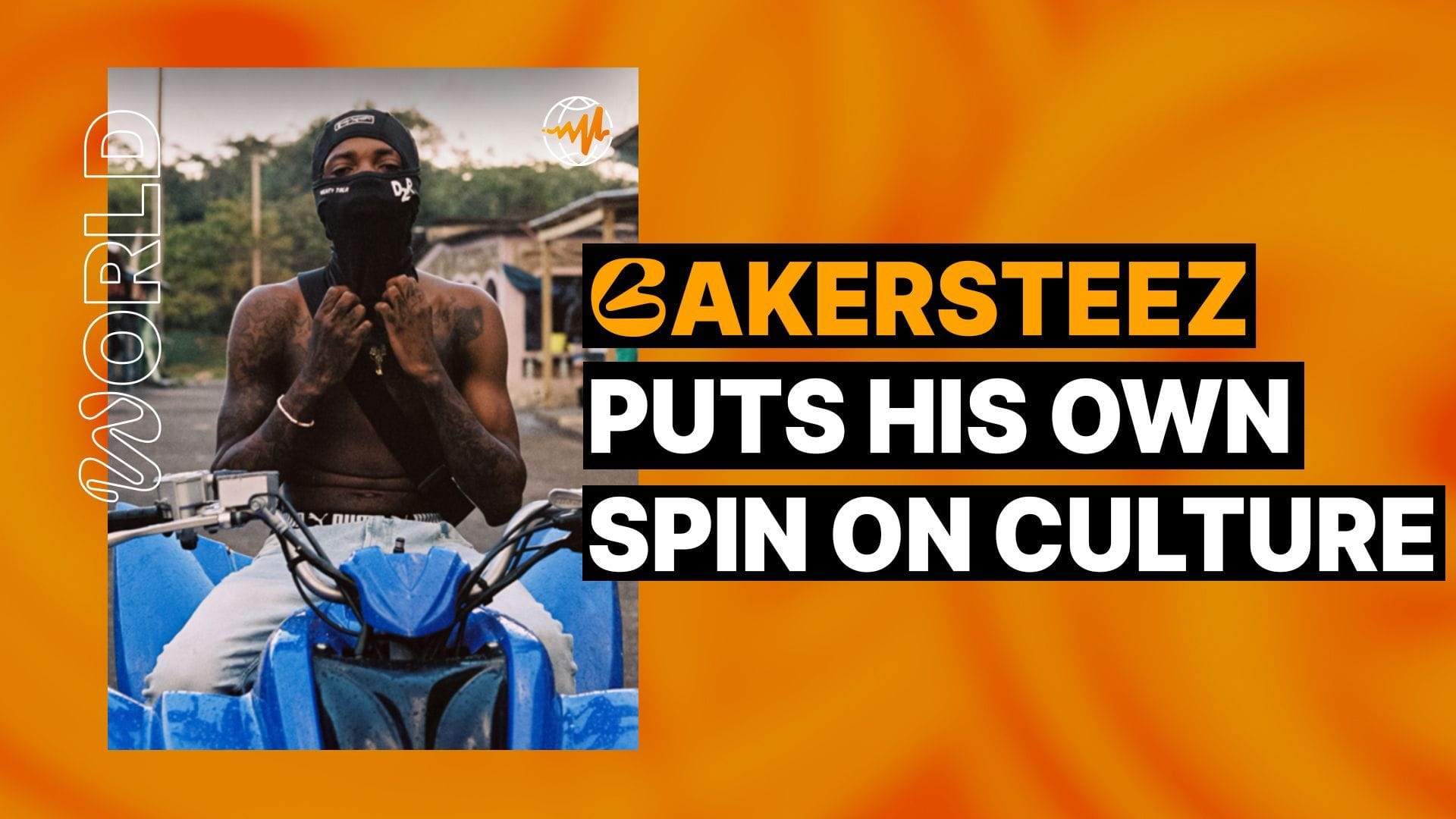 In 2018, I found a playlist. Titled New Sounds Of Jamaica and curated by Jamaican producer Boomdraw, it chronicled then-emerging artists and producers hailing from the country. It was aural documentation of the changing tide within Jamaica’s musical landscape. The new sounds were not entirely abandoning the “old” sound. Rather, the selected records created subgenres or showcased the way existing genres have progressed.

One particular act stood out. Atop the KING BNJMN-produced “NEVER BELIEVE ME,” with its wafting synths and punchy hi-hats, was Bakersteez, an artist with boastful bars who was unafraid to experiment with his cadence. Born Daniel Simpson in Jamaica, the artist moved to the US, where he was raised until he turned 18 before moving back to his home country.

Bakersteez’s artistry is a reflection of his agency. A 2020 documentary titled OUTDEH offered an intimate portrait of his life. In it, he explains the creation of his 2016 record “Kush and Cologne,” encouraged by fellow artist Konshens, was what cemented his foray into music. Two projects later and Active, released July 23, is the materialized effort of an artist carving a distinct lane in a way that expands his personal musical breadth but also that of the country from which he hails. Supported by “VN from Pablo,” a voice note where its speaker reminds the artist of his belief in his craft and how to propel forward, Active is Bakersteez’s oral testimony. 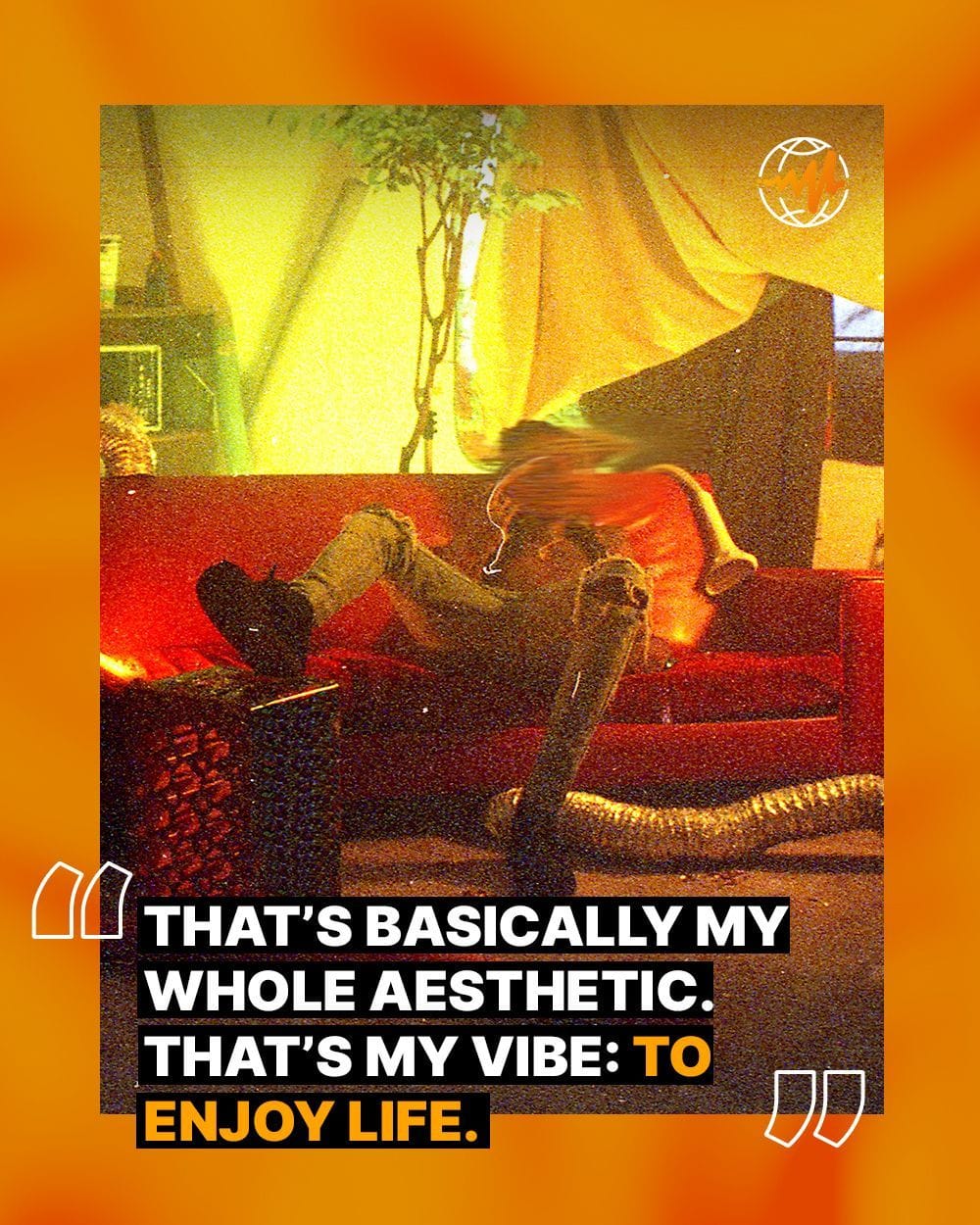 The eight-track project has a range of producers listed in its credits, including LMR Pro, Jelly Records, and Island Wav, and two heavy-hitting features courtesy of Stylo G and Popcaan. The same organic ethos guided the creation of both the title track and “Blessings,” on which the two guests spit verses, respectively.

“I linked up with Stylo G, and he was like, ‘Play some stuff for me,’” Bakersteez explains to Audiomack. “I played a couple of things, and then he heard [“Active”]. I originally just had the hook recorded. He heard it and did the verse [at the] same time. It was smooth and natural.”

Working alongside Popcaan was something Bakersteez had always wanted to do, and “Blessings” became the perfect opportunity: “That’s my brother right there! I heard him playing something, and I was like, ‘Damn, that’s tough. I like that!’ It matched the vibe I was going for on the project.”

Though Active was already in the works, the pandemic gave Bakersteez more time to focus on its output and crafting the work with precision. In his own words, he describes the project as aspirational. “Every yute wants to live a certain lifestyle or enjoy life a certain way,” he says. “That’s basically my whole aesthetic. That’s my vibe: to enjoy life.” Active acts as a soundtrack to his dreams while still being a touch boasy—in a good way. Triumphant horns welcome listeners into “Lovely,” a red carpet for the narrative of his come-up and new life.

Bakersteez also hopes that as his audience widens, there are no limitations placed on him because of the type of music he makes, and the music people believe he should be making. This is a burden many Caribbean artists navigate, despite the region being home to a wealth of diverse musical sounds and influencing pop music trends abroad. 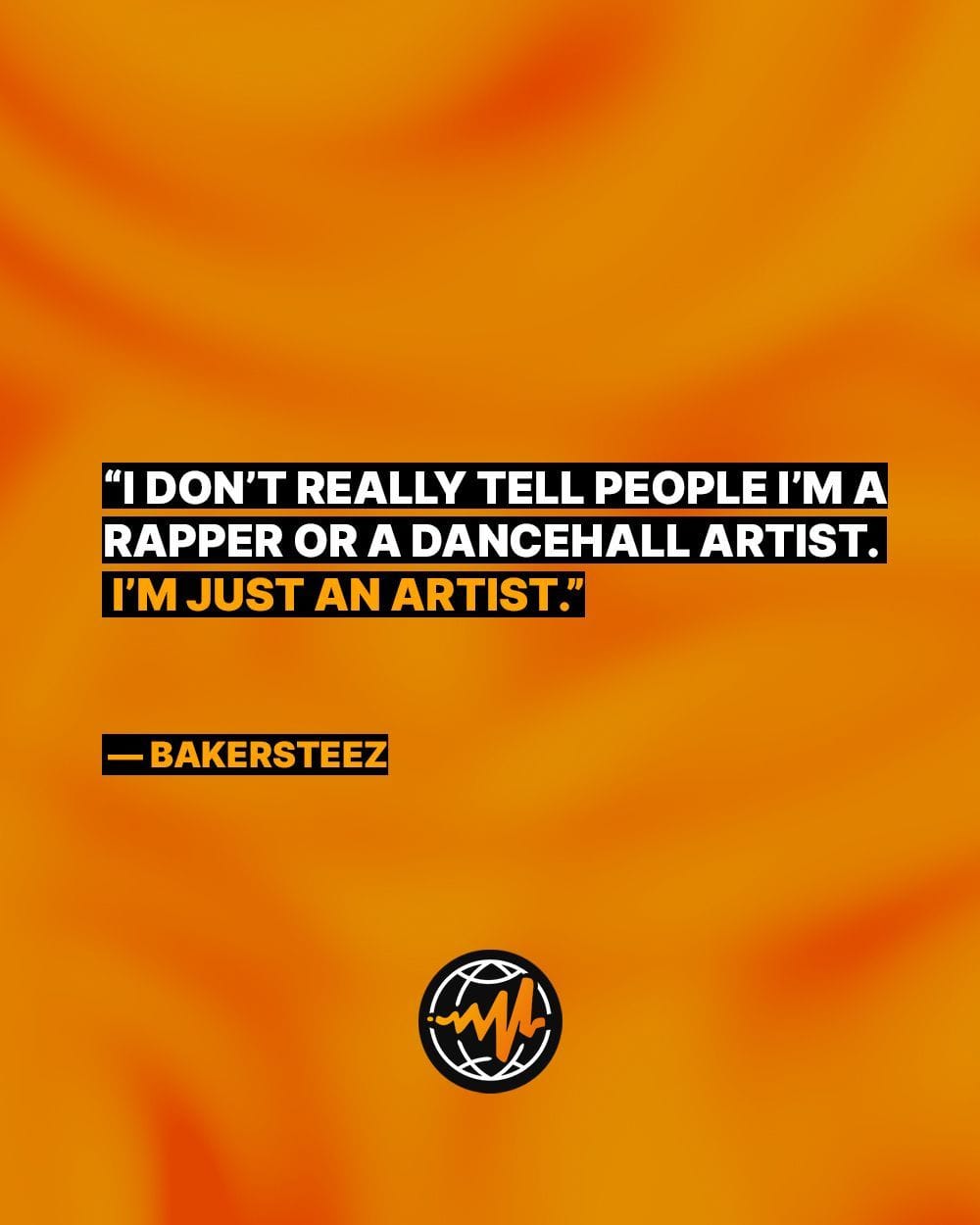 “I don’t really tell people I’m a rapper or a dancehall artist. I’m just an artist. I just make music,” Bakersteez says. “People put their own label to me. It’s however [they] see me. I’ll leave that up to the audience to decide what they see me as, but I just make my own style of music.”

Like many acts from Jamaica, Bakersteez is putting his own spin on music’s culture. Adding his flair in a way that acknowledges the two places that influenced him, his music certainly has an addictive, global appeal. He recalls a moment when he performed in Japan: “My favorite part of performing is knowing that people don’t speak your language, but they know exactly what you’re saying. They feel what you’re saying. Performing in Japan, people were showing me music on their phones. They listen to my music and stuff like that, and they barely speak English. That’s a good thing.”

On single “Top G,” Bakersteez declares, “Before I go, I want my music everlasting,” which provides some insight into how he envisions his staying power. “I started something,” he explains. “I can’t just get up, start something, and then just be like, ‘I’m done with it.’ That is something I always do: I’d start something and be like, ‘Oh, this is cool,’ and then I’ll just be on to the next thing. This is something I feel comfortable sticking with.”

In all, music has given Bakersteez purpose. “I’m showing people they can be themselves. Just do what you want to do. As long as you believe in yourself, believe in what you’re doing, and being true to yourself, you can do what you want to do. You can accomplish it,” he says of what precedent he’s setting for himself. “You don’t have to follow in the same footsteps as tradition. You could put your own spin on the culture.”