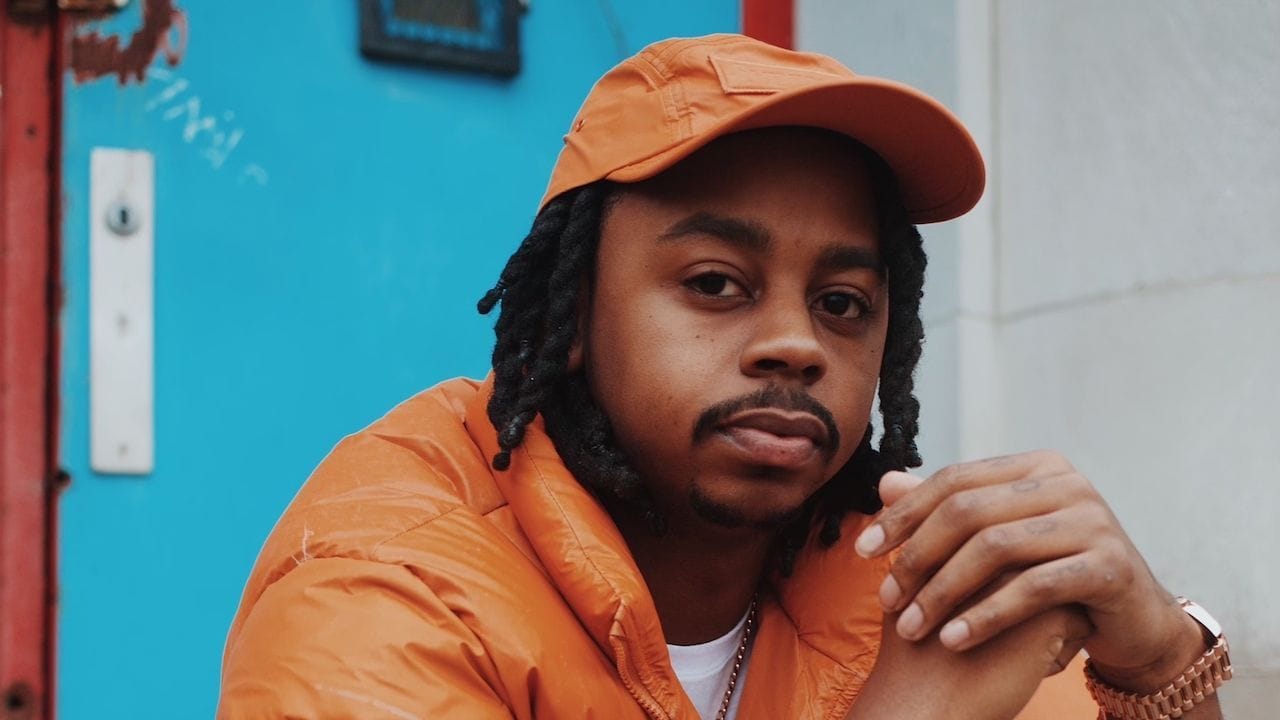 Stories about songs blowing up overnight and artists going from obscurity to viral fame are common in rap. It’s much rarer to see a story about an artist who made music within their regional scene for years, steadily got better with time, and reached a level of consistency that forced everyone to pay attention. Maybe that’s why it’s taken Babyface Ray a bit longer to get the recognition he deserves outside his hometown of Detroit.

In truth, Ray is a giant in Detroit rap. Starting as a teenager selling burned CDs at his high school, he connected with Peezy and a group of other rappers with a local buzz on the east side of the city, forming a local supergroup by popular demand that came to be known as Team Eastside. Along with Doughboyz Cashout, Bandgang, and others, they helped usher in a new era of Detroit rap, pioneering a sinister sound that’s become synonymous with the city. It’s a style that’s become a force in recent years, influencing other regions and the mainstream, not because Detroit rappers ever shifted toward what was popular but because more and more listeners are starting to catch on. Within Detroit’s rise, Ray has emerged as both a pillar and a torchbearer.

In his songs, Ray isn’t going to hit you over the head with how clever or how real he is. He’s much more subtle than that; his tone is conversational, and his casual delivery makes it, so you catch a line or detail with every listen. Take “Paperwork Party,” a song from his 2020 EP, For You. Over drums that feel like a kick to the chest, he effortlessly slides in aphorisms like, “I never seen a money truck chase a hearse.” It’s these sort of gamed-up comments on a life lived that have earned him fans in other rappers like Lil Yachty and Future, with whom Ray says he has forthcoming music.

Toward the end of our conversation, when I ask him what lies ahead, looking back at all the time he’s already put into rapping, Ray talks about working toward an international base-level awareness of himself and what he does, similar to the way he’s already been known in Detroit for years. “How we interviewing, and you asking questions, the full bio is already known in five years,” he says. “We won’t even have to talk about it.”

You’re someone who’s been rapping since well before Detroit had achieved the sort of national recognition for its sound that we’re starting to see now. What’s it been like for you to watch that shift happen?

I can’t speak for nobody else, but I got an “about time” vibe because I’ve been doing it for so long. Grinding and grinding and grinding. Now, it’s finally starting to pay off for me. It got me right at a point where I was damn near on my last strings of doing it. 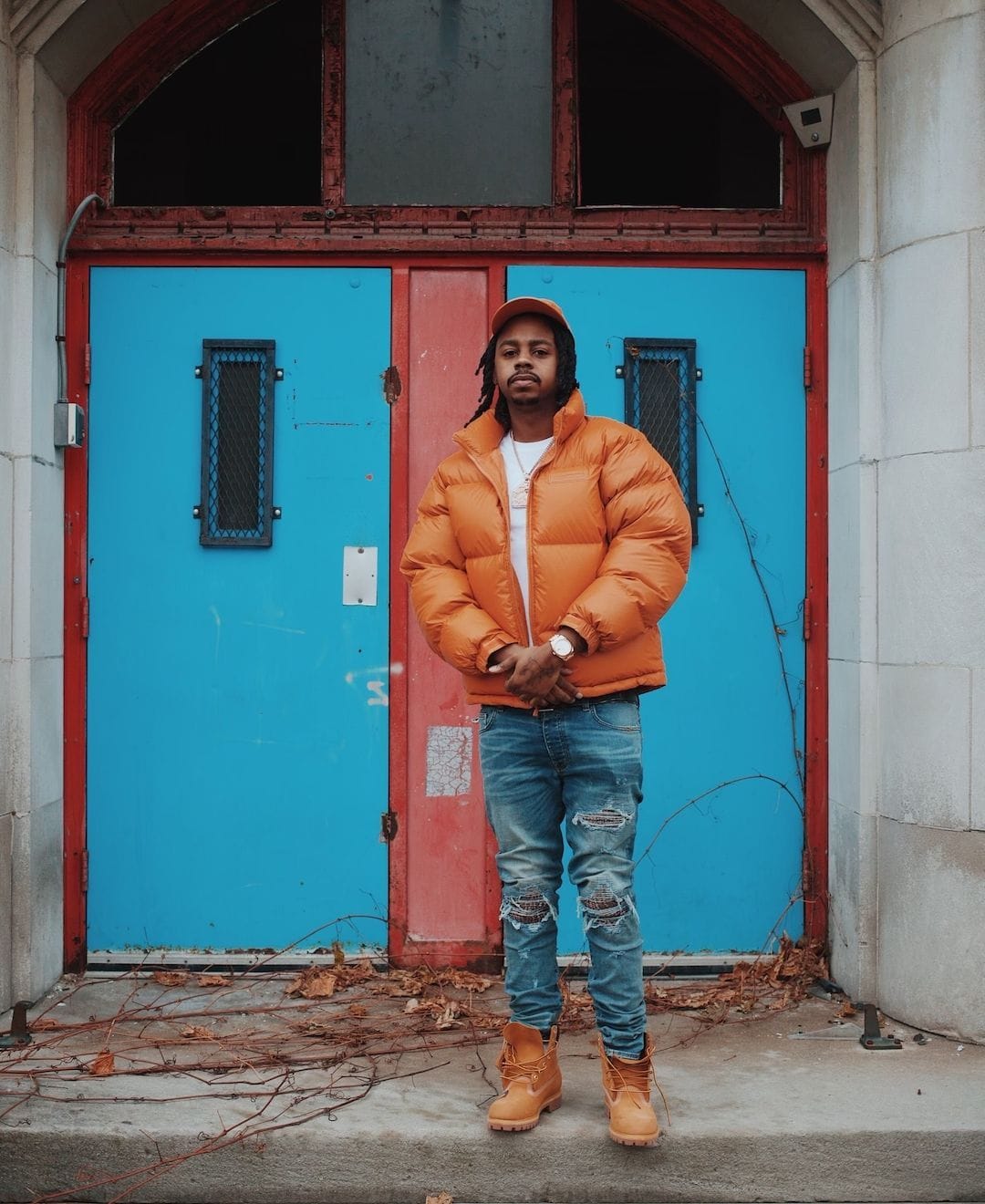 Tell me a little bit more about being at that point. When was that, and what kept you going?

Damn near every other day, I be straight on it. What kept me pushing was I got my own equipment and shit so I can do my own music when I get an urge. That keeps me going and keeps me motivated.

What was it about having your own recording setup that turned things around? Did you hate having to go to studios?

Sometimes, in the studio, you don’t get out all the shit you’re trying to get out. Sometimes I be sitting down at four in the morning. I get the urge, the feeling to go do some music, and I go record. On bought time, you be rushing. I like to be comfortable when I’m recording. Can’t always get that at the studio.

In other interviews, you’ve talked about having some social anxiety and generally not liking being around people. Have you always been that way, or has that changed at all for you as you’ve started to get more attention?

I’m just a moody person. Nine times out of 10, people are bound to be fake. I learned that early with friendships and relationships and just stayed to myself for the rest of my life.

Taking it back to the beginning, how did you first link with Peezy and Team Eastside?

It was kind of funny. I was in high school; I think 11th grade. My young dog was in the ninth grade. People already knew I rapped just from the small shit I was doing, putting out tapes at my school. My young dog was friends with Peezy, and Peezy and them was going crazy back then. We from the same neighborhood, and they had their buzz.

He told Peezy about me, and Peezy called me on the phone one day, and then we linked and went to the studio. We didn’t even get in a group right away. It was kind of forced on us by Twitter. Back in the day, everything was “team iPhone” and “team this.” We just put a song out and put it on Twitter, so they gave us the name Team Eastside.

When you were putting out those early mixtapes like you said, what did that look like? Were you putting them on Datpiff?

Hell nah, I didn’t even make it that far. I was putting shit on imeem. Datpiff was a dream to get on because that was real mixtapes. I didn’t know how to get on there. Eventually, we learned how to burn CDs and started selling them. That’s how we got our buzz. There was a place at the mall we used to drop our CDs off at, and they’d be sold out in one day.

What else was going on in your life at that time?

Man, so much. Moms caught cancer, and she ended up beating it. My brother who was in the streets a lot ended up doing a bid. I kinda took a liking to what he had going on and ended up following in his footsteps and, when he ended up doing a bid, that crushed me a little bit. My first child passed away; he was stillborn, so that took a lot out of me. Losing friends. The girl that a nigga thought he was gonna be with didn’t end up working out. A lot of shit, for real.

That’s a lot of really heavy shit. Was rap an outlet for you going through all of that?

A hundred percent. I ain’t really too vocal. I’ll listen before I speak. You need to learn about somebody. When you meet ‘em and just hear ‘em talk, they don’t tell you everything you need to know. I like to just express myself through my music.

You mentioned selling CDs and stuff sort of blowing up locally on Twitter, but was there a specific moment you can remember where it felt like you had become known as a rapper in Detroit?

I had a song that actually got us the name Team Eastside with my man Reek, rest his soul. The camera guy used to come to our strip club every week and record footage at the events where they would be playing local artists. I ended up making a song called “Eastside Nigga Fuckin Westside Bitches,” and he ended up putting it over some footage. I made another song called “Eastside Where the Real Money At,” and that’s when everything caught fire.

I got on from the strip club, basically. Niggas put my music over the video of some niggas throwing money. I’m not even in the strip club or nothing. I’m at home somewhere.

When you think of songs blowing up from the strip club, you usually think of places like Atlanta or Miami. Was that a common thing in Detroit too?

The strip club in Detroit is like a whole experience. Our strip club food is some of the best food you might have anywhere in the world. People go in there and really eat dinner.

You seem like a laid-back person, so it’s kind of funny to think about you first getting a name in the club.

The club ain’t really my scene. Many people didn’t know my face, though, because it was just a voice. I probably went three years without shooting an actual video to my music. I’d be somewhere, and they’d be playing my music, but they wouldn’t know it was me.

Detroit has such a specific sound, and it feels like it just took some time for more people outside of Detroit to slowly gravitate to that sound rather than Detroit artists switching it up.

Niggas was telling me I was offbeat in the comments. I was like, “Damn, what the fuck. Am I offbeat?” Some niggas just don’t know.

Between Detroit, the Bay, Flint—there’s a certain style that really leans into wordplay and, for lack of a better way to say it, really rapping as opposed to more melodic stuff.

I feel that’s true a little bit, but nah. A nigga don’t be putting too much effort into it. I used to really listen to the beat and write my raps, but it would be like I’m too rappy, like I’m rapping too much. When I see people mention Veeze and shit—we don’t be writing this shit. We just be getting on a beat and letting it come out.

But that doesn’t mean your rapping is any less “good” or whatever.

You know the niggas that can really rap, like the J. Coles or the Kendricks or whatever. Are you speaking in a sense of that?

To me, it’s just about saying shit in the coolest or most interesting way possible.

It be really real for us, I feel. Or real for me. The craft, the subjects I be touching on, an image in my brain, or a day I might have had. Just putting that on a beat and turning it into a song. Real artiste.

How else has your process changed from when you first started making music?

When I first started, I was attacking the mic, yelling. That was the energy people were going off backstage and shit. Rappers were energized, and it was more like a sport. Niggas was pumped. I went from that to being more comfortable. Maybe it came with the drugs we take and all that, but back then, it was more like, Let me get in there and fuck this shit up. Now it’s more like, Let me get in that comfort level and catch my vibe and catch my flow.

Now that more people are paying attention, have you felt a pull to get on beats that are different from that Detroit sound?

It’s been about a decade since you first started rapping. Is it still fun for you?

The fun is being snatched away as I’m growing and learning more about the business and the politics. Everything I thought was cool about the music is starting to seem uncool. I guess it comes with this shit. It ain’t nothing too bad, though. I’d rather be doing this than anything else.